Do you want to create the Rogue Adventure of your dreams? Take a look at the lates progress I made with the Rogue Engine Editor! [Video]

In this news I want to show you the progress I made with the "Rogue Engine Editor" - an editor I made exclusively for Caasi's Odyssey! With this editor you will create the Rogue Adventure of your dreams. At least it will enable 100% mod support for Caasi's Odyssey!

But let's start with a small video which summarizes the progress of the last weeks. Have fun and enjoy the trip! :)

Adding mod support to Caasi's Odyssey is a kinda complex step, but it makes it possible to do very crazy and funny things in the end. Imagine that you don't just importing new textures with the help of the database, but you will also defining your own animations, animation effects, physics behavior, emitter effects, GUI, sound effects, music and so on. Total conversion mods are very possible in this way!

Let's take a look at the database window or how it's called inside the editor:
"Database Explorer" 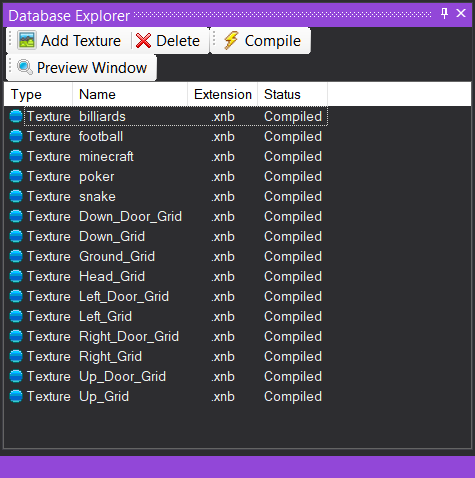 At the moment there is only the possibility to import new textures. You need to click on the "Add Texture" button for that. The common file formats like jpeg or png are supported, but they aren't directly readable by the Rogue Engine (which is used by Caasi's Odyssey and the Rogue Engine Editor).

To make them usable inside the Rogue Engine, you need to press the "Compile" button. After the successful compilation, you will notice that the file extension changes to "xnb". This is the actual file format, which is understandable by the engine.

Now you can simply drag the new texture around and drop it inside this window: 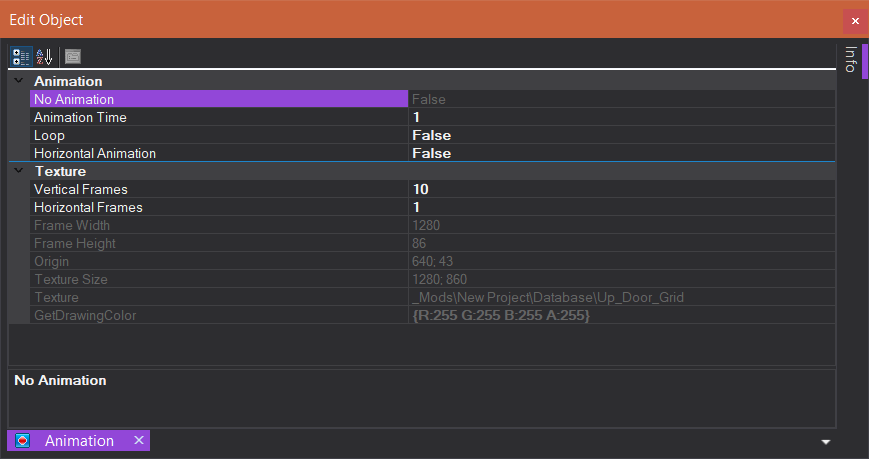 This is how mod creation will work in Caasi's Odyssey; it's simple, powerful and innovative.

In the end the possibilities are endless:

Create the Rogue Adventure of your dreams!

Imagine you want to see how a room you previously assembled would look in a real game situation:

I other editors you would need to start the whole game, select the compiled mod and bring yourself (the player character) in the specific game situations to test your mod. This is stressful, takes a long time to test everything and it's not innovative.

In the Rogue Engine Editor you can test all of those situations directly inside the editor the same time you are changing something! Yes, it's true - thanks to realtime updates!

So, when you export your mod to the mod directory of the game, you can be absolutly sure, that the result will be the same like in the editor. This makes everything easy and foreseeable.

I plan to develop this editor together with the community like I do with the main game Caasi's Odyssey.

Many things will happen (and possibly change) in the future - espacially when I start the early access phase and when I receive much input in the discussion board. I want to create the game and the editor you want and need.
It's self explaining that I can only achieve this with your help! But don't worry, I have a master plan, which will implement the most important features - like I mentioned above - during the development timespan.

I also wish you a very nice day!