Here's a progress report as of the date 6/8/2017. I also have some live-stream announcements.

Damn, that was quite the vacation.
Lots of relaxation and pondering were made during that week.

Surprisingly, I did a fair portion of my work off camera.
This makes sense when you understand the difficulties of reentry.
I had to get back into the swing of things, and I felt somewhat drowsy in my return;
thus, I decided not to start a live-stream.
Oh well. All work is the same in the end despite the benefit of documentation.

Here's a few easy items of interest that have been accomplished;
they were trivial or easily implemented.
I implemented a water effect, a slope, Xbox control support (surprisingly easy to implement), and a few tiny tweaks for debugging.
​
There were a few largely difficult features to implement though.
Some notable examples include a box generator for the item-menu, a weapon-slot selector, and an initiated, half-baked, save-array.

The item-menu was quite difficult to offset.
Various boxes had to be reconfigured through a process of guess-and-check and eyeballing;
furthermore, the item-slot was an arithmetic abomination.
Even numbers, odd numbers, algorithms, and functions buzzed around my mind,
yet confusions about the most efficient method still blinded me.
In the end, I came out with a respectable organizer that works to a n'th term (works with any amount of items).

The last implementation was a dip in the water: the save-array.
As always, implementing a rigorous, flexible saving-system is excruciatingly tedious.
Dear lord, the amount of possible systematic failures is absurd!
The countless things that can go wrong include long-term writing errors; crumbs of reading errors; multiple, maddening item-id selection; and so much more.
Needless to say, I simply got my toes wet with the material,
and I plan on returning to it much later.

Well, that's all the major implementations.

I also have some live-streams coming up.
I'm gonna be re-drawing some scenes from Ghbili films for some practice.
I'm also planning on a character-design live-stream for practice as well.
I've got quite a bit of items on the list, and I've got a lot of summer time.
​
See ya. 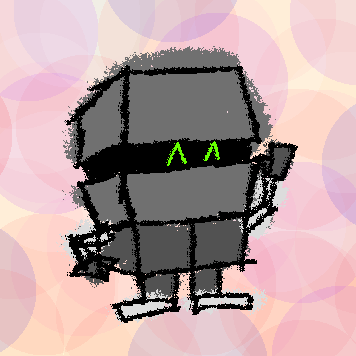