In this update we show you all the numbers hidden inside the mob.

Posted by SebastianGioseffi on Oct 1st, 2014

Let's talk about stats. Every creature in Okhlos, from the Gods to the bureaucrats, has a series of stats that describe how hard the creature hits, how fast it moves, and so on. We didn't want the game to revolve around micromanagement so these stats are mostly hidden from the player. They are there, and we are doing all kinds of jazzy things with them, but for the most part you don't have to worry about stats. However, if you do want to get a sneak peek of what goes on behind the curtains you can do so at the pause menu. 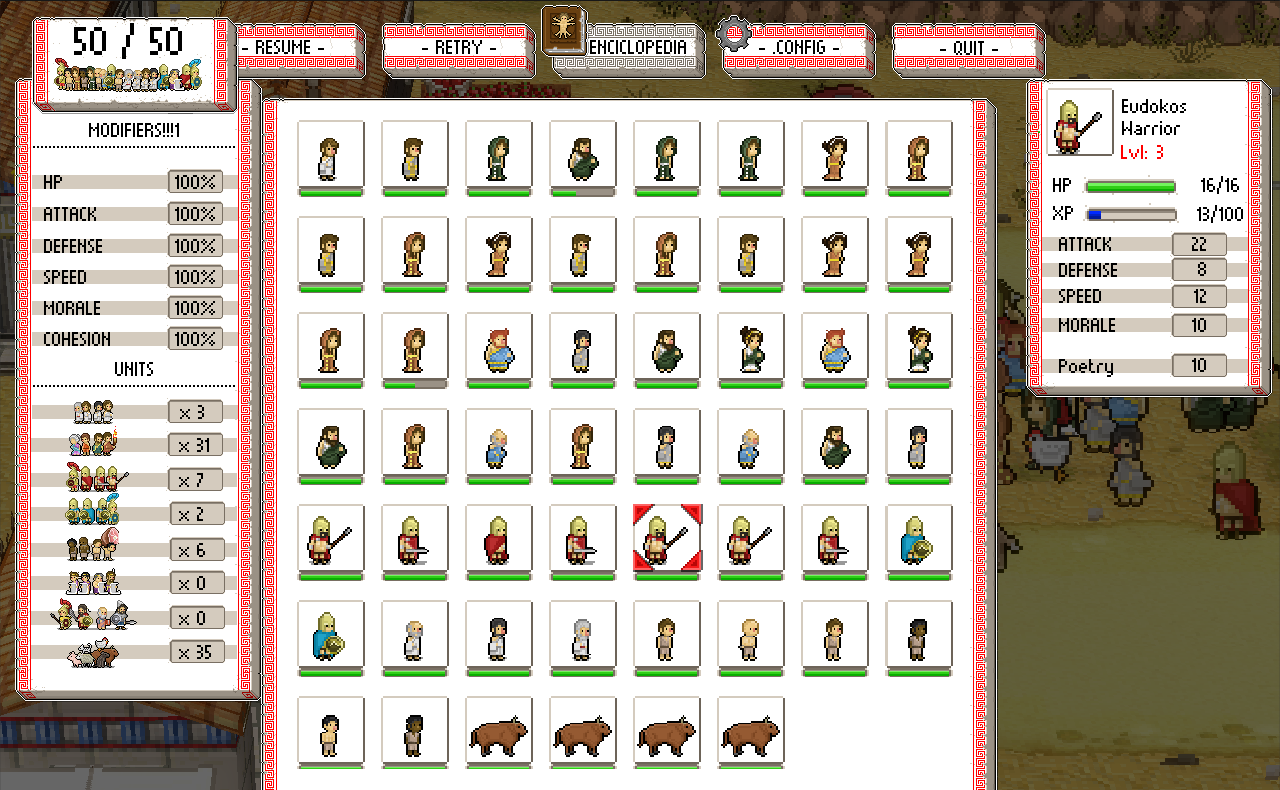 The mighty pause menu, featuring the stats of Eudokos, the warrior.

There, you will be able to see the stats for all the units in the mob. Most of them are self explanatory: strength determines how much damage that unit will deal, morale determines how prone the unit is to leave the mob when things get too nasty (we'll see more about that later), defense reduces the damage taken, etc. However, you may wonder about the values. Where do they come from? Is a twelve good or bad? How about that eight?Well, to start, each type of unit will be better or worse at certain skills. The table below will show you:

Then to translate these low/med/high values into numbers we use this table, selecting random values from these ranges.

You can see that there is an extra tier, heroic, and you can guess what we use it for. That's right, heroes. Heroes can have stat values that go beyond that of regular men and women (and oxen), that is why they have their own tier in the stats table. Enemies also have stats that go beyond this table (specially gods, you don't even want to know the attack value a god can have). And then there is also the subject of multipliers and bonuses but we'll stick to regular stats for now.

Finally, the last step to generate the stats is to add a little extra deviation to make each unit unique. There is always a little chance that any unit may be particularly good at something they are not supposed to, or even better at what they are supposed to be good. So, this is how the mighty warrior Eudokos, ended up with an impressive 22 in strength (way above average). I hope I could say the same about the rest of his stats, but they are not so impressive. Low defense and hit points, he may not last very long...

And so we come to the end of this little tale of stats. I hope by now you can get a better idea of how the units in Okhlos work, and also that you can appreciate how messed up the image below is. Until next update! 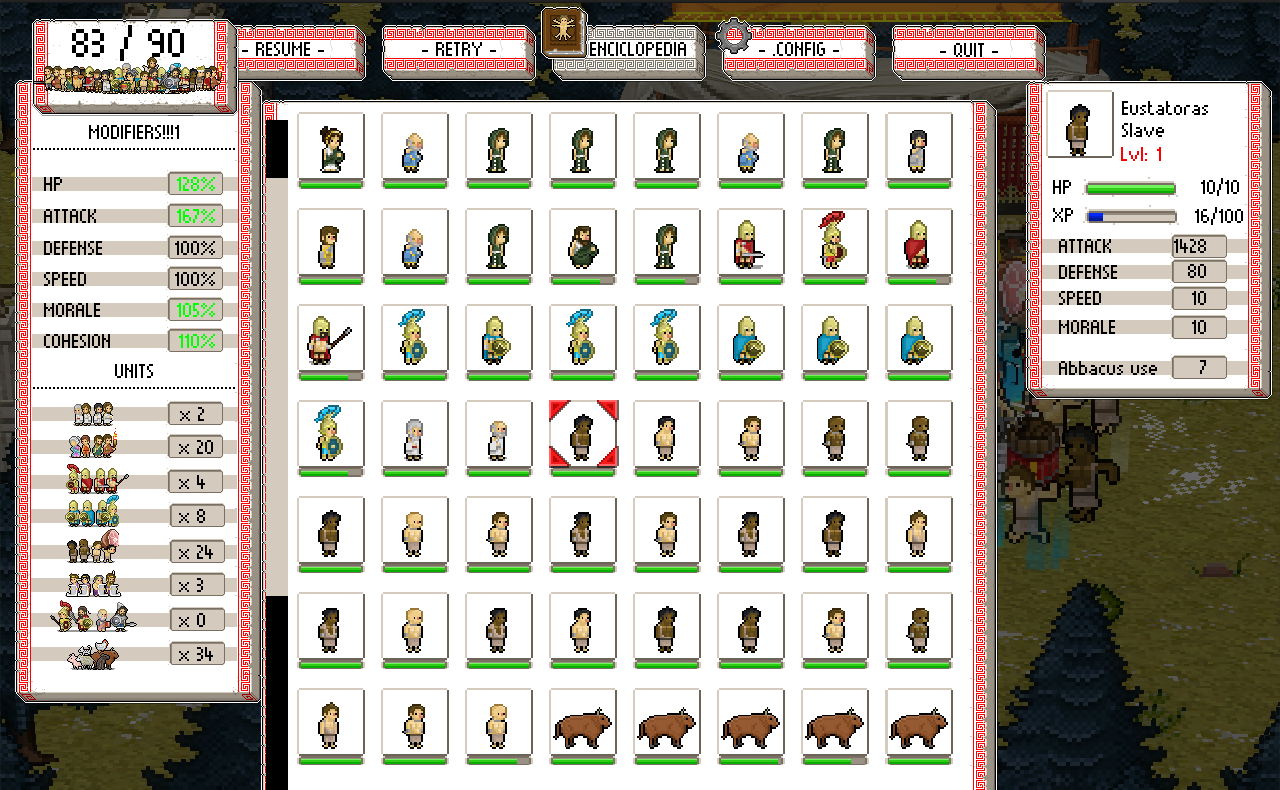 All the best making IGF!