A visual guide to the Rivendell Architecture in RJ-RotWK version 1.06. RJ-Rotwk is a mod for The Lord of the Rings, Battle for Middle-Earth RotWK. 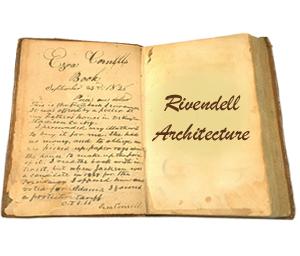 Welcome to the fourth update for the changes in 1.06. The first three updates are available using the following links: Update #1 Update #2 Update #3

First piece of news - version 1.06 will be released on Saturday, March 7th, 2009. The date is fast approaching, and looking forward to releasing this to the general public. Version 1.06 is still a beta version and it is not completed, only in a good enough shape that we feel warrants a release after the year+ since 1.05.06. Also, as with all the other updates, click the book at the top to view the full visual guide. 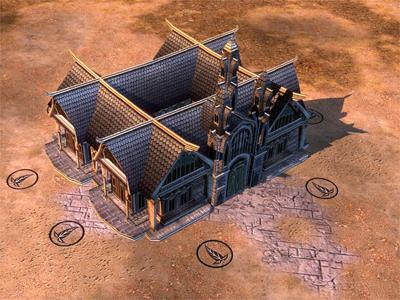 As mentioned in the previous updates, the Elven Faction in RJ-RotWK 1.06 has been broken up into 3 smaller sub-factions. (Rivendell, Lothlorien, and Mirkwood) While Mirkwood's architecture has not been finished in 1.06, Rivendell and Lothlorien are near 100% complete. When you start a new skirmish, you'll be given the option of choosing between Rivendell and Lothlorien. Once that option has been selected, your fortress will appear and your porters will be able to build structures from the locale that you have chosen. The different structures as of right now function similarly between the sub-factions, though this will most likely change once Mirkwood is added and they become even more diversified. 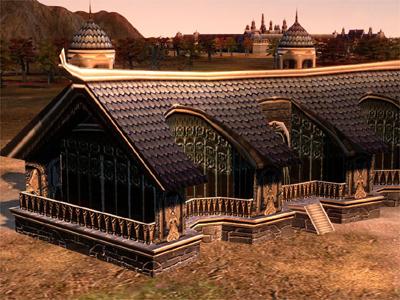 This update will focus on the Rivendell structures that are available. Compared to Lothlorien, Rivendell's focus is on a stronger defense, with a wall system available and stronger building health. I've worked with EA's Rivendell architecture (which is based on the films) in order to create an instantly recognizable sub-faction. I hope you all enjoy. 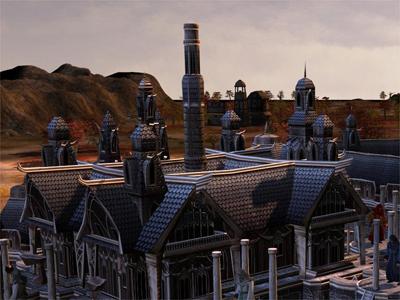 Credit goes to the Edain mod for the use of their light alter assets and a base for the Nolëdhel. Everything else was done by me using EA's models as a base.

Remember to click the icon at the top to get a full view of all of the structures in this update. As always, thank you for playing.

Very nice screens. Rivendell looks like an enjoyable faction to play as.