We are proud to finally release our first beta of Rise Of The Underworld! Here we outline the features of this release.

We are proud to finally release our first beta of Rise Of The Underworld! While this is a release, it is purely a beta and is far from finished. It is really just to gain some feedback from you guys and hopefully give you a role in future developments of the mod.


The mod features two new teams, the Angels, and the Demons. Each team have custom soldiers with new skins. We have also been working on the kits. As you already know, the mod features 4 kits based on the 4 elements; Air, Earth, Water, and Fire. For this release, all four kits are the same weapon-wise as we just wanted to give you guys something to play with. Rest assure, once we have more weapons, we will work on giving each kit its own structure and unique weapons & abilities. So far, some of the weapons & abilities we have are; fire ball, water ball, meteor strike, flight, and force punch. Our plan is to add more weapons that suit the kits. Below are the two previous images we posted of the water and fire balls. More images of the other weapons are coming soon. 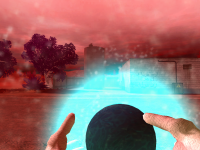 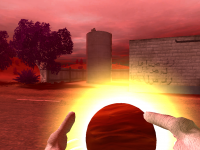 
As this is our first beta release, we currently only have one map - Karkand. But do not fear as it has of course been modified with new sky settings to set the scene of the story. More changes will be made to it before next release but we need feedback before this can be done. A couple of brand new maps have also been put into production, while we won't be detailing them now, we will say that they really match the theme of the mod and the title. The only functional game modes at the moment are the stock bf2 ones - Conquest and Single player. 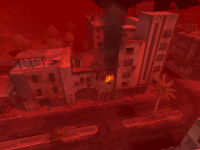 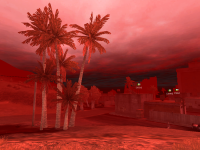 Remember that this is just a beta and we strongly recommend that you post any improvements, suggestions, or changes in the comments section below. Lastly, have fun blasting those demons!