The circus is being redone, expanded, and getting a graphical facelift. Also updates on release plan and the future of the mod.

Posted by awesomepossum on Mar 6th, 2010 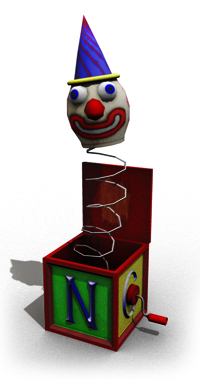 It's been a long time since I've posted an update. At least one of you has begun to fear that the mod may be dead. But that couldn't be farther from the truth. So put that silly though out of your head immediately. The reason behind the lack of updates is that the project became too large. I was trying to do too much and I let my numerous ideas get the best of me. The massive scope of the epic game I envisioned became truly overwhelming and I lost hope of completing the project.

I took a few weeks break during December to make a short mod called Too Many Crates! I was able to create it very quickly because I kept the idea simple and focused. Keeping this design process in mind I was ready to look at the Nightmare Chronicles again and make some new choices.

I've decided to scale back the first release of the game. I was planning on waiting until the entire game was completed before releasing it. But that seems like it will take forever. So I have decided to aim for an episodic release pattern, allowing me to focus my creative process on smaller sections of the game instead of floundering in the chaos of trying to work on everything all at once. Thus, for the initial release of the nightmare chronicles I am only going to release the circus level.

However, while it is technically already complete I refuse to release it in its current state. because the circus was the first level I created for the mod and I realized that it is really more of a test map than a fully fledged level. It has a very unclear direction and suffers from being a mashed up conglomerate of ideas loosely connected by random hallways. It lacks any sort of plot and I now find it visually to be rather uninteresting and monotonous. It lacks the wonder and fantasy that it should be filled with. Since I am going with the episodic release approach, each section of the game should be able to be played as a separate mini game and be able to make sense on its own. Currently the level just doesn't stand up by its own merits.

It is because of this that I am in the process of completely redesigning the entire level. I am reorganizing the parts that did work and making them the central focus of the level. At the same time I'll be expanding small sections of the level into more robust and exciting game play sequences. In general, I am giving the circus level a visual face lift to make it more exciting, interesting and fantastical.

So what this all means to you guys. You will be able to play part of the game sooner than if I decided to finish the entire game first. And the game will look and play better than it previously did. Each section will be pretty substantial on its own so the episodes should be quite fulfilling and enjoyable. The Circus level in its previous layout took about half an hour to play through and after the redesign should be much longer than that.

Lastly, here is a picture of the first resident to move from the old circus level to the new one. It's our good friend the sad clown in his new home on the edge of an infinite precipice that runs through the middle of the new circus level. 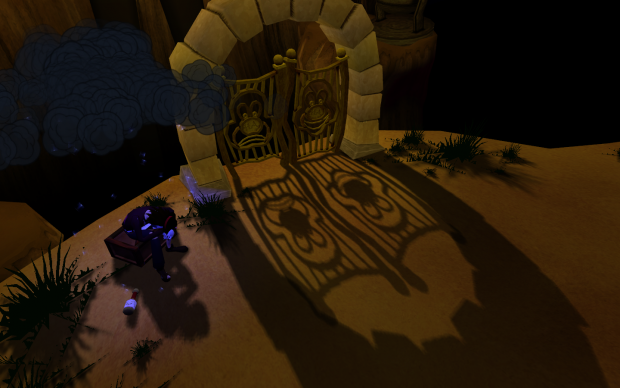 Great update. I understand the delay of the mod. Right now I'm working on 3 projects at the same time: Citizen Arms, Challenge and sewer (a single map with no gameplay).

It's great to see an update, I was beginning to wonder if the mod was still alive or not