Post news RSS Resurgence: An Overview of a Work in Progress

An overview of the beginnings of Unreal: Resurgence and the progress our team has made so far.

Unreal: Resurgence has been in development for over a year now. When it was first announced publicly, the only people working on the project were Teridax and myself. Before the announcement, I very much wanted to see a Skaarj campaign because it had never been done before. The idea presented a few challenging questions. What kind of enemies could we give the Skaarj without losing the variety of foes in the original Unreal? What kind of weapons would they have?

The answer to both questions appeared after a lot of Epic's unreleased textures and models were recovered by Leo (T.C.K.). By coding, editing textures, and animating models, that old content was converted to Unreal and gave the Skaarj a fresh set of weapons and enemies alike.

Usable content also came in the form of models (both old and final) extracted from Unreal 2 thanks to VendorX's Golem extracting program. Now the pack had a full roster of enemies that fit in the Unreal universe, merging the old with the new. 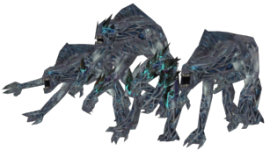 While I was working on the weapons and enemies, The Fifth Vortex by Doublez-Down and Teridax was released. The pack was great and had a lot of enjoyable moments. Teridax started working on Resurgence's maps shortly after and made progress quite quickly, working on the introduction, flyby, and first playable map. 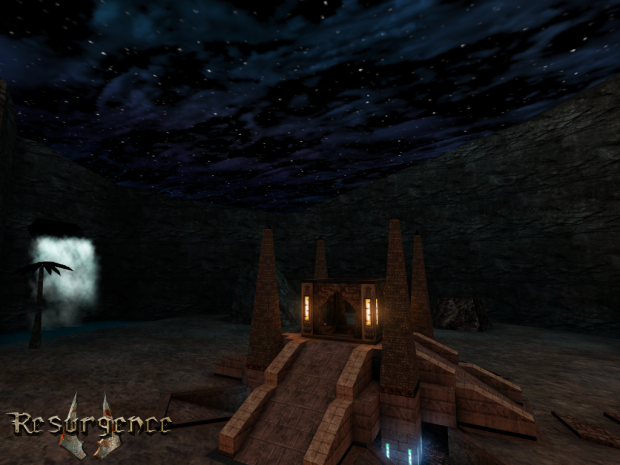 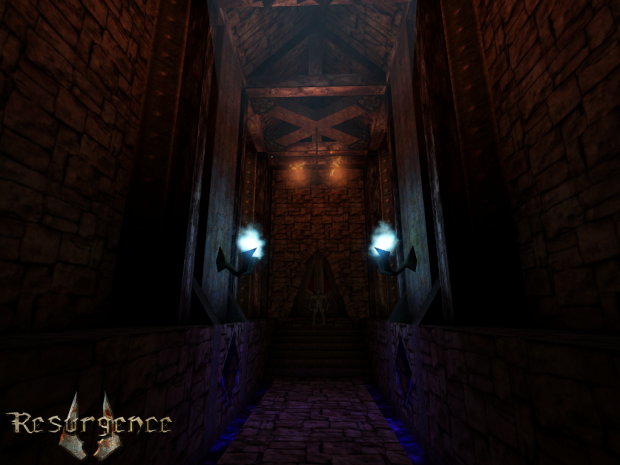 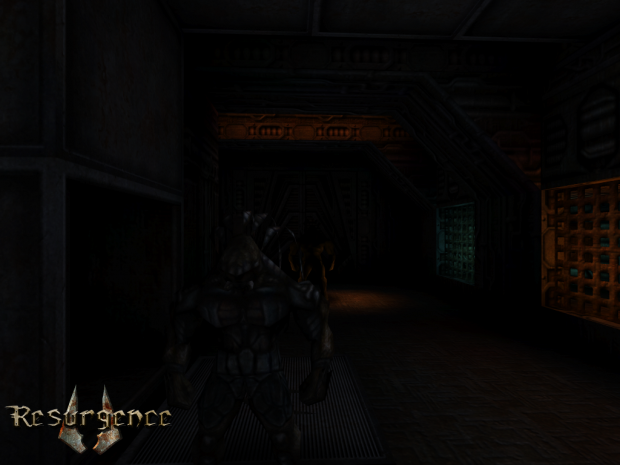 The first playable map ended up taking a lot of Teridax's time, as it went through a lot of revisions before he was satisfied. 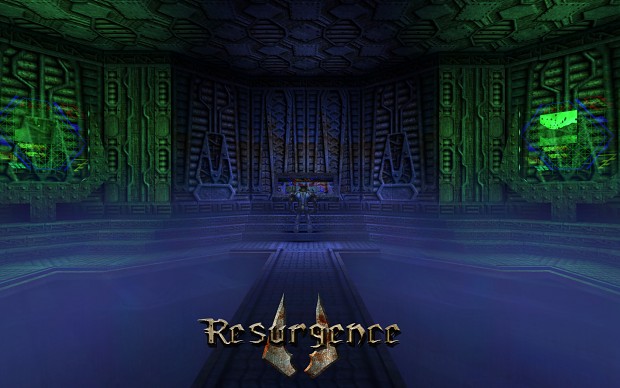 This is an early version of Staging Area 26-E, the earliest promotional image for Resurgence. 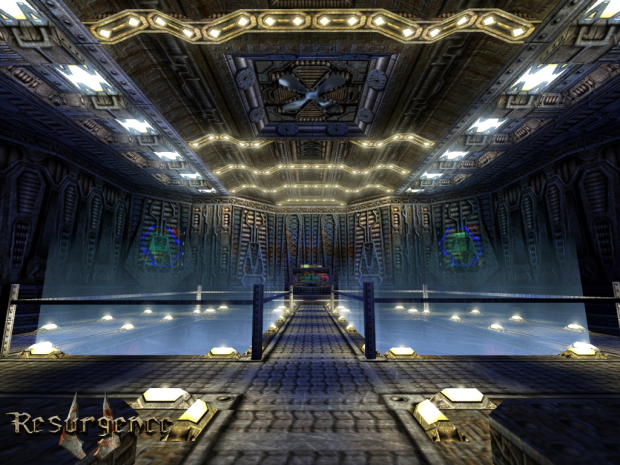 And this is the map in a later version.

Even with a few maps being finished, there were still many more to go before the pack would be completed. Because of this, Teridax decided to split the pack into two parts. At this point, Doublez-Down and Tronovision joined the team, which made it much easier for the pack to progress. Both talented mappers were able to give the Skaarj Hunters distinct environments that stayed true to the spirit of Unreal. 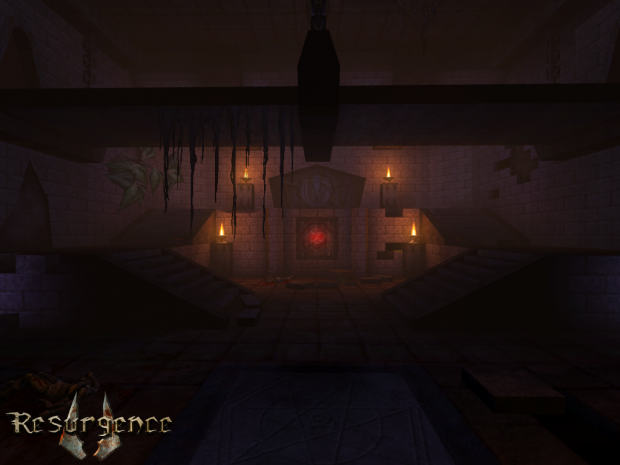 Doublez-Down's style proved to be perfect for the temple of the Skaarj Hunters. 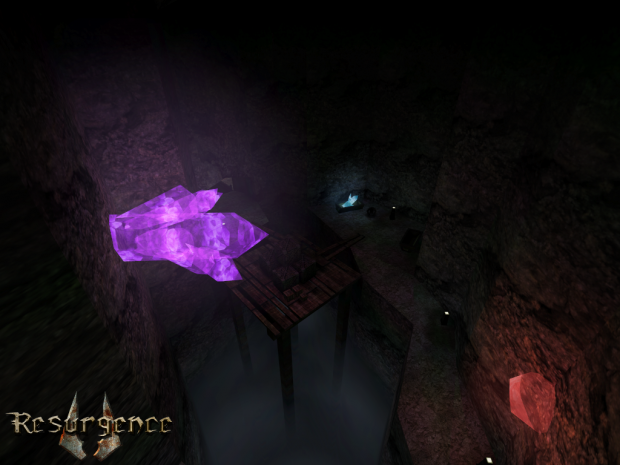 Tronovision similarly made great use of the mine theme.

With the first playable map, flyby, and intro maps complete, Teridax started working on the second playable map. He made changes to the village section after getting feedback on his screenshots. 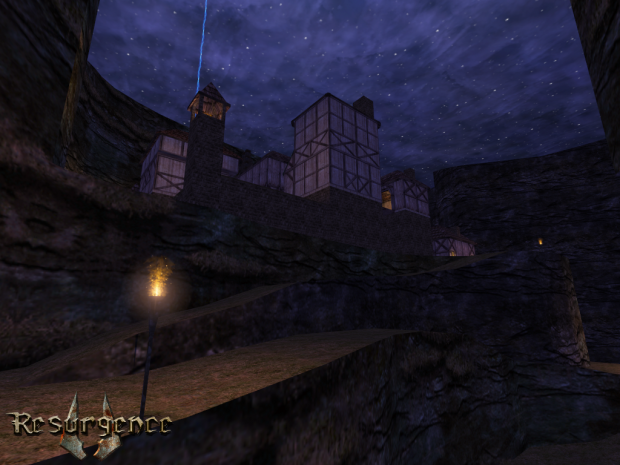 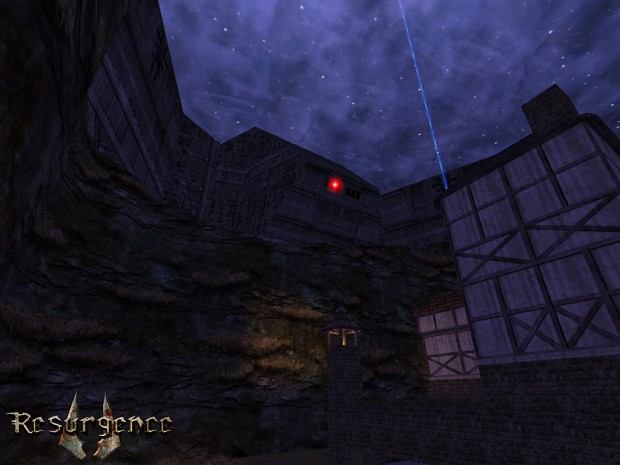 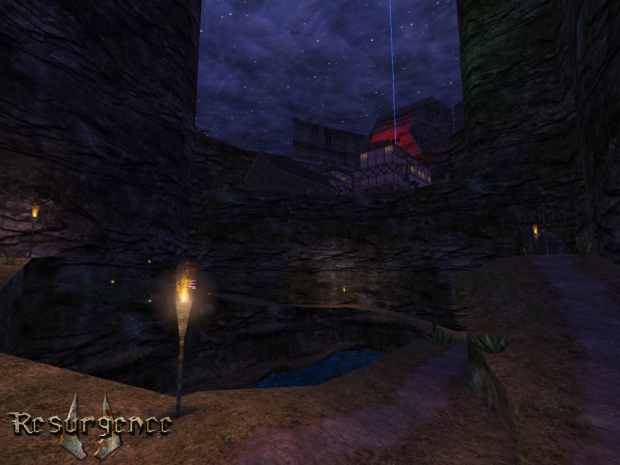 SteadZ has only recently joined the team, but he has already made good progress on map five, which comes after Doublez-Down's map. 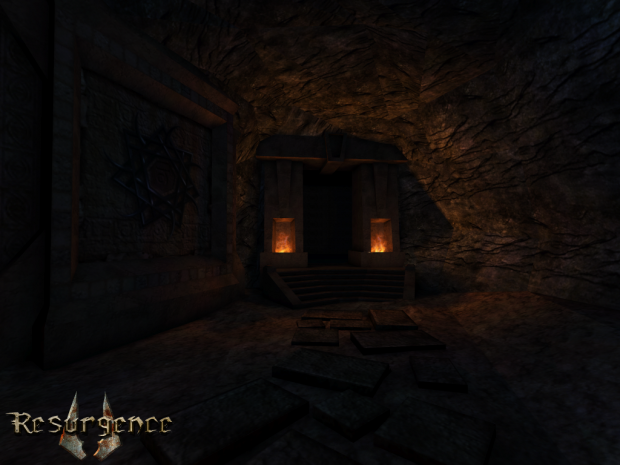 We still have quite a lot of work ahead of us before we release the first part of Resurgence (let alone the second part), but I have every confidence that we will be able to release a great new map pack that does something new without losing the spirit of that great game from 1998.

are you planning a custom soundtrack for the mod?

As great as that would be, we don't have any musicians on our team.