The release has been set, get ready it will be the end of June.

It has been a while since I´ve posted a report.
You may have noticed that a while ago I´ve been much more silent; fortunately the Hollow Thunder development continued to reveal new stuff to keep things fresh.

Well, my lack of activity has been mostly because I was working in getting things ready for the release, and by that I mean stuff not directly related the game development.
There has been a handful of stuff that needed to be prepared before release could be done and that is where most of my time was spent on.

Now with most of that stuff was been cleared, the release has finally been scheduled to be happening in the end of June.

I sorry the lack of new builds and updates, but the release was intended to be earlier that this, but it really had to be delayed.
Personally, the best part of this is that, now that most of the boring stuff is out of the way so I can finally have more presence, this will be helpful as I plan to use that time to preview some of the new stuff that will be available in the next build.

And with that said let me begin with this: 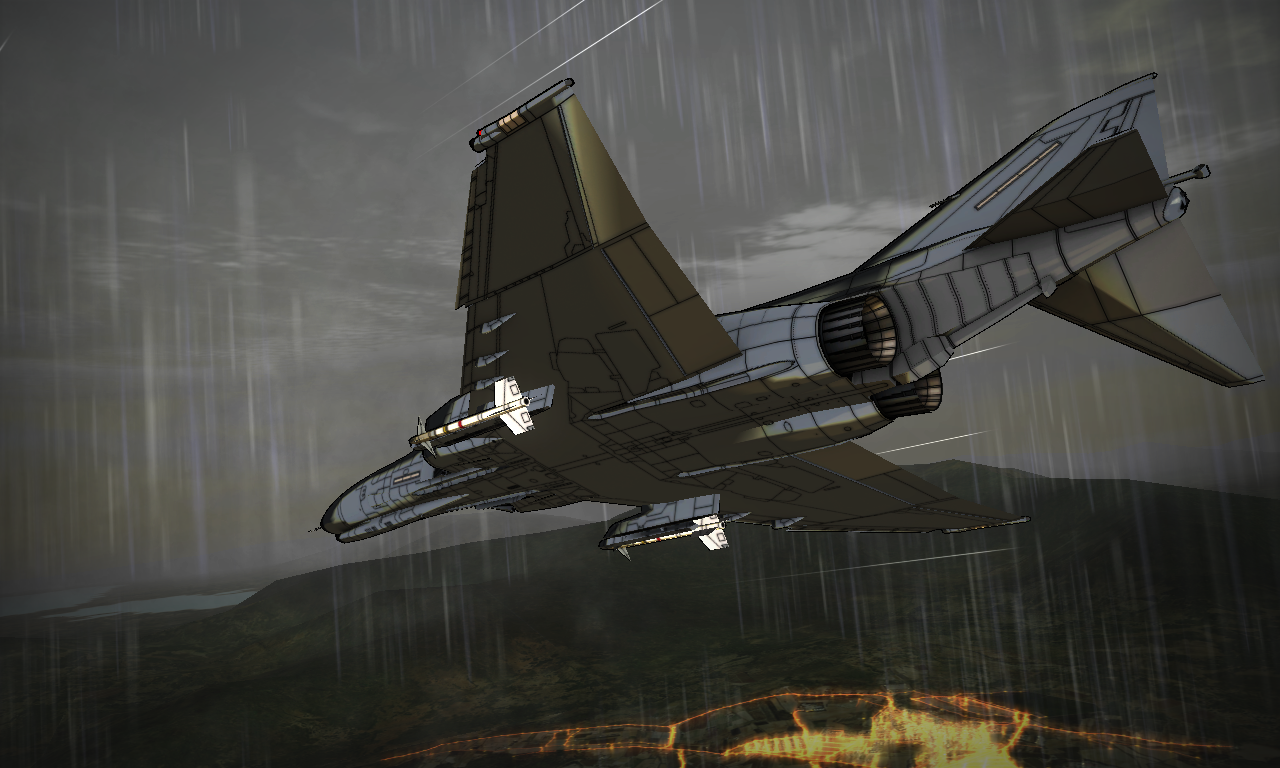 I´ll also use this extra time, to attempt to add some additional features that would be left out if the release was sooner. I´m mostly interested in the steam workshop
But there are more that I´m considering in adding.

So for short, sorry for this lack of activity, I plan in the next days to again become more active in the forums and I´ll try to show some goodies regularly.

Rain? Allright, I knew this was going to happen eventually! :p

"This video contains content from SME, who has blocked it in your country on copyright grounds."

Commendations for trying, though. :P

Will the planned end-of-June release include the revamped Restless Bonds campaign as well ?
Anyway, it's glad to hear from you, TimeS. Looking forward to next news about the more goodies coming to VT.
Maybe you're gonna provide us some new tutorials, like how to make in-game cutscene, for example?

After release, we'll divert attention to revamping Restless Bonds. That will be, in my mind, VT's first full fledged campaign. Bells and whistles and all.

What would Hollow Thunder be in comparison as someone more directly involved?

Getting the house in order and cleaning up.

Restless Bonds is planned to be around three times in length and scope. Planned at least. It always fluxes, but we intend for it to be much more fleshed out than HT.

I suppose if you want a straight comparison, Hollow Thunder is Vector Thrust's demo.

So, I assume most/majority (i.e 70% or above) of the game's mechanics & functionality should be operational the time RB is completed?

If I understand your question correctly, yes, one of main goals for the RB is to make use of most the features and gameplay mechanics available, like story branching, VN elements, etc.

In a way I want it to be a reference for anyone interested in making more unusual missions, because of this, I´m trying it to keep all the actions, triggers and other rules well documented and in clean and easy to read structure.

More importantly, I'm talking about planned mechanics like take-off/landing, carrier ops, refueling and pretty much almost every unfinished plane without internal bay/SP weapon & cloned stats. Are you going to save them all for the best, i.e RB?

Also about planned/WIP planes like the Typhoon, Foxhound, Hornets, Mitsubishi F-1, Mirages, Tucano and so on, are they still according to the plan or are you going to push them back and ship them together with the finished RB campaign?

@ Nergal01, I plan to have most if not all aircraft with working weapons bay on release, as for the SP weapons, John_Silver and SpootKnight were already very helpful in assigning the SP list for a lot of aircraft.

As for the aircraft, in the next days I´ll start revealing them but I´ll only show those that are 100% sure to be in the game on release.

And finally take-off/landing, carrier ops, refueling don’t have any ETA date so it may be available sooner or later that any other campaign

Just a quick question, will either of the campaigns get new titles? Hollow Thunder should be fine as long as it has something to do with the story thematically, but Restless Bonds seems sorta like a non-title... not very descriptive, sorta vague, etc.

I mean, there's merit in keeping the titles as they are, for continuity's sake, but I think they might be better served by something more memorable.

But the name is definitely not set in stone; it is always possible to change it to something more representative of the feeling of the campaign.

But it actually already changed its name, it is now called Restless Bounds, this one has a strong connection to the narrative and game mechanics.

@Guest Absolutely! Keep an eye on other channels, such as the homepage, twitter or even facebook because some things may appear there first before becoming visible here.