Mutators have been enabled, now skirmish battles can have a different flavor in every play.

This report contains the changes of the 0.2150 update.

As mentioned in the last report, from here on, it will be attempted to always bring an update in every week.
In case that is developed is something of considerable size, that feature/ content will be broken down in small parts.

That is exactly what happened in this update, currently is being developed the map editor, however with the perspective of the not being able to finish in a single week, the development switched to the addition of other game mechanics.
Still, while this update doesn’t bring the map editor, it offers a couple of nice features.

But let’s start off by talking about the map editor. 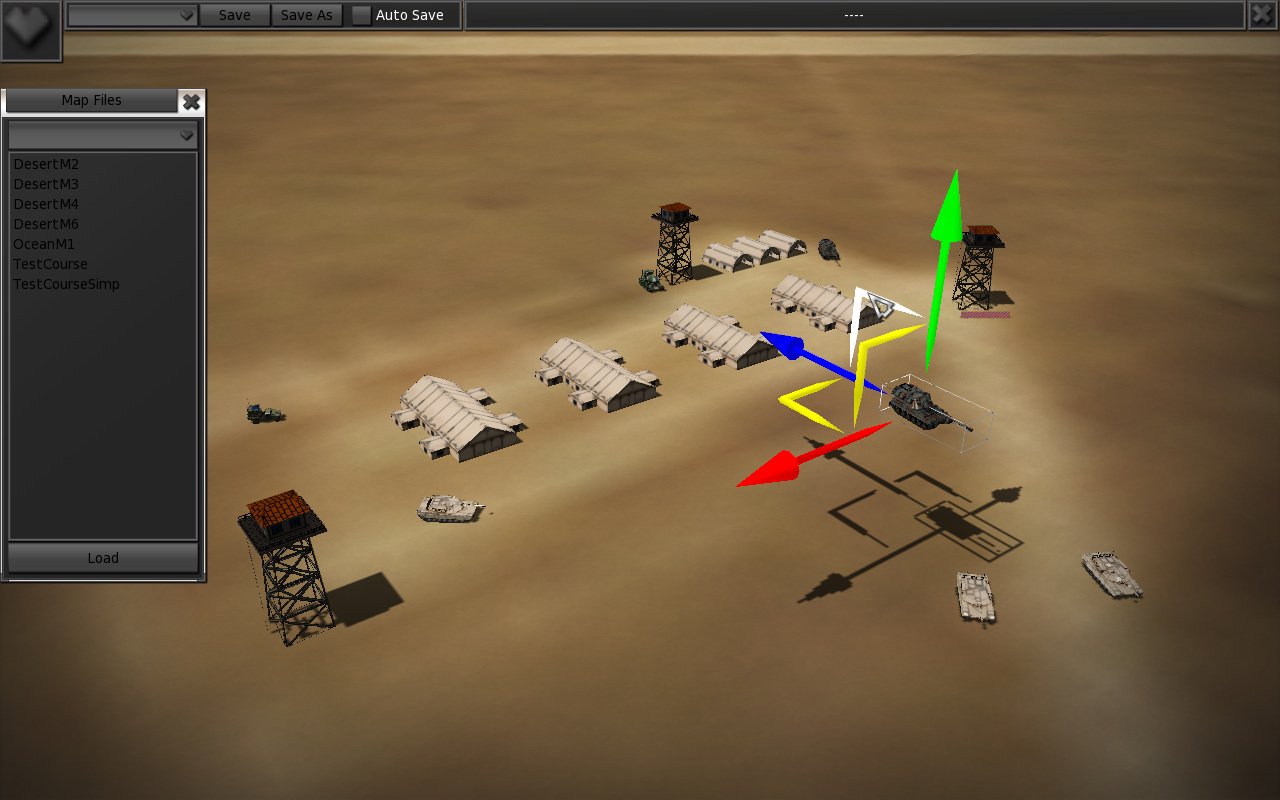 At this stage, most of what has been done with the editor is the core structure.
While it is not yet possible to add new units, is already possible to edit and duplicate the existing ones.
Another feature that remains to be done, is to create the interface that allows the edition in detail of the objects, clouds and ambient.
About that, several people expressed their concern for such interface to be as easy to use as possible.
That is something that is being taken into consideration, and the development will be done respecting that requirement.
However, the interface is still open for suggestions and revisions later on.

Other point, the editor may not yet be ready, but is already possible to use.
Press (Right) Shift+E to enable the editor mode.
For now, there is an unrestricted access to the editor and can be activated at any time during any mission.

This feature comes as a surprise as initially it only was to be added much later.
With this, is now possible to add special functions for any unit,

It was added the NF-104A to test that ability.
This aircraft has a rocket attached to the body frame and can be used to boost his speed. 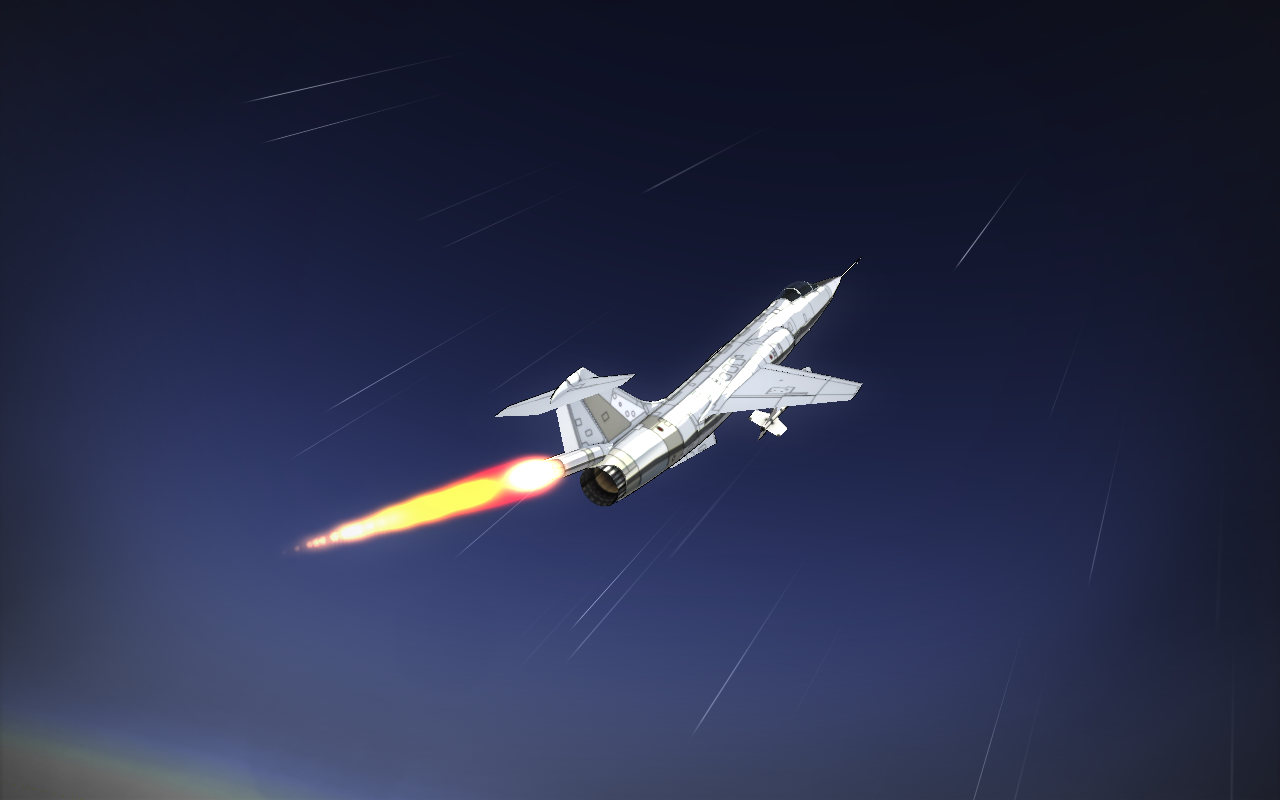 In this image you can see the NF-104A using the boost.

To limit this ability it was added another variable, the Special Fuel.
As using the boost, the aircraft consumes a separate fuel from the main one, restricting the amount of time it can be used.

This special function, is not yet fully implemented, so the available options are still limited.
But it will be improved and expanded in future updates; with time it will be possible to do from simple and mundane actions like turning off the TVC, to other more interesting behaviors like the “Fast Stop-Start” of the F-15 STOL/MTD.
Obviously this feature is a foreshadowing of the inevitably upcoming VTOL aircrafts.

(Note, go to the control options to configure the special function button)

During developing the special function, it was added something that has been requested some time ago, the option to cut the engine power.
For that, it was added another button, however in a game mode where fuel is unlimited, this functionality serves little practical propose.
Also as it stands now, there is no penalty in cutting the power off, as the player can instantly restart the engine at any speed and attitude.

But the biggest surprise of this week update is the addition of mutators.
For those who are not familiar with the term, a mutator is small modification to the game (more usually the gameplay), while the term “Mods” are usual reserved more significant changes in the game.
But with this update, the option to choose mutators in the skirmish mode is now enabled.
To celebrate that it was added a handful of mutators, most of them were based in the suggestions made in the forum.

This is just the start; more mutators will come, if anyone has more ideas suggest them please.
Also, in the mutators folder, you can find the template of the available controls. The mutators are in the “.mut” file extension, but you can open them with a normal notepad.
Most of these mutatores are just the adulteration of one simple rule of the gameplay. But with a bit of creativity is possible to create interesting changes.

And finally, something that was almost added at the last minute.
The cutscene system has been developed for quite some time, but because the story based campaigns is still being written such system didn’t needed to be used until now.
But due to several request and because the players can be interested in make their own story based captains, it was added a few examples.

Please not these are just some quick technical examples and these examples and all the graphical assets made for them, were only made with the intention to be used only for this purpose. 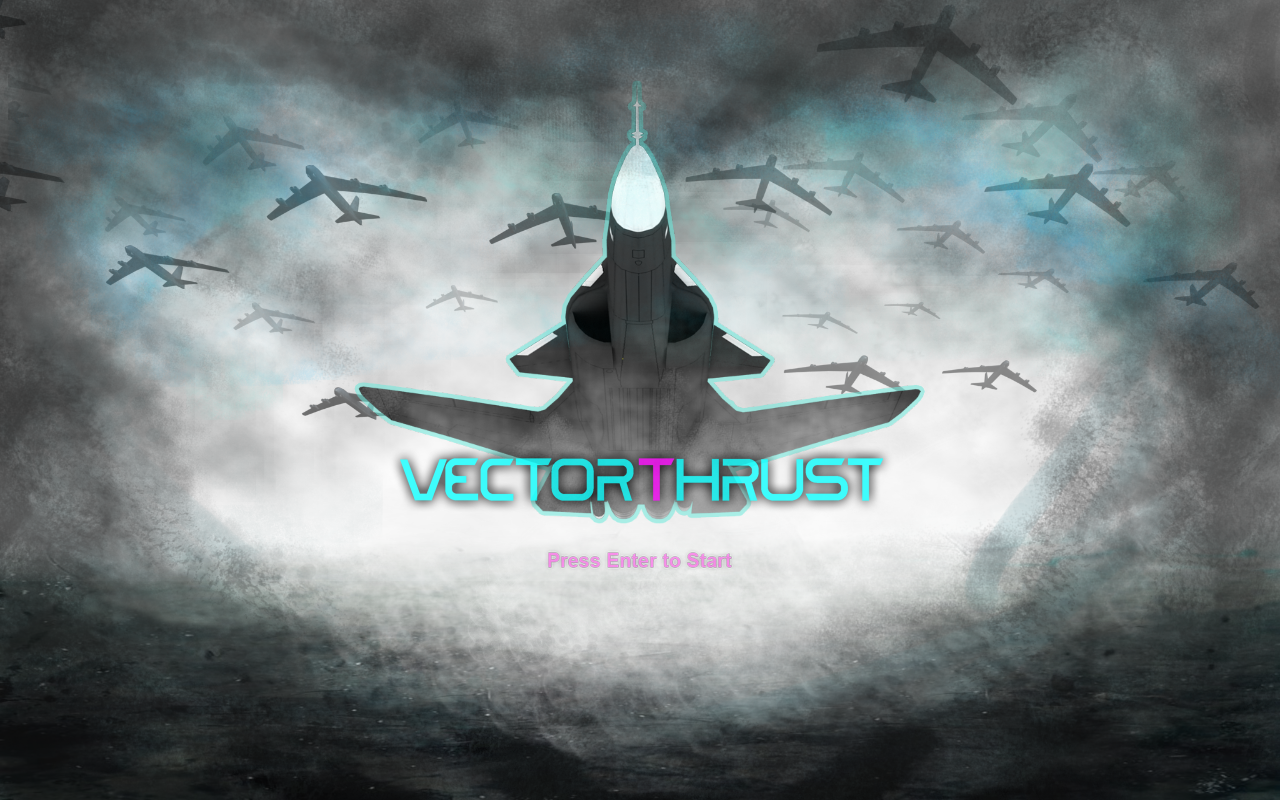 This may seem like the splash screen but is actually a cutscene that mimics exactly that introduction.
This sample serves as an example how to use still images to make an animation. 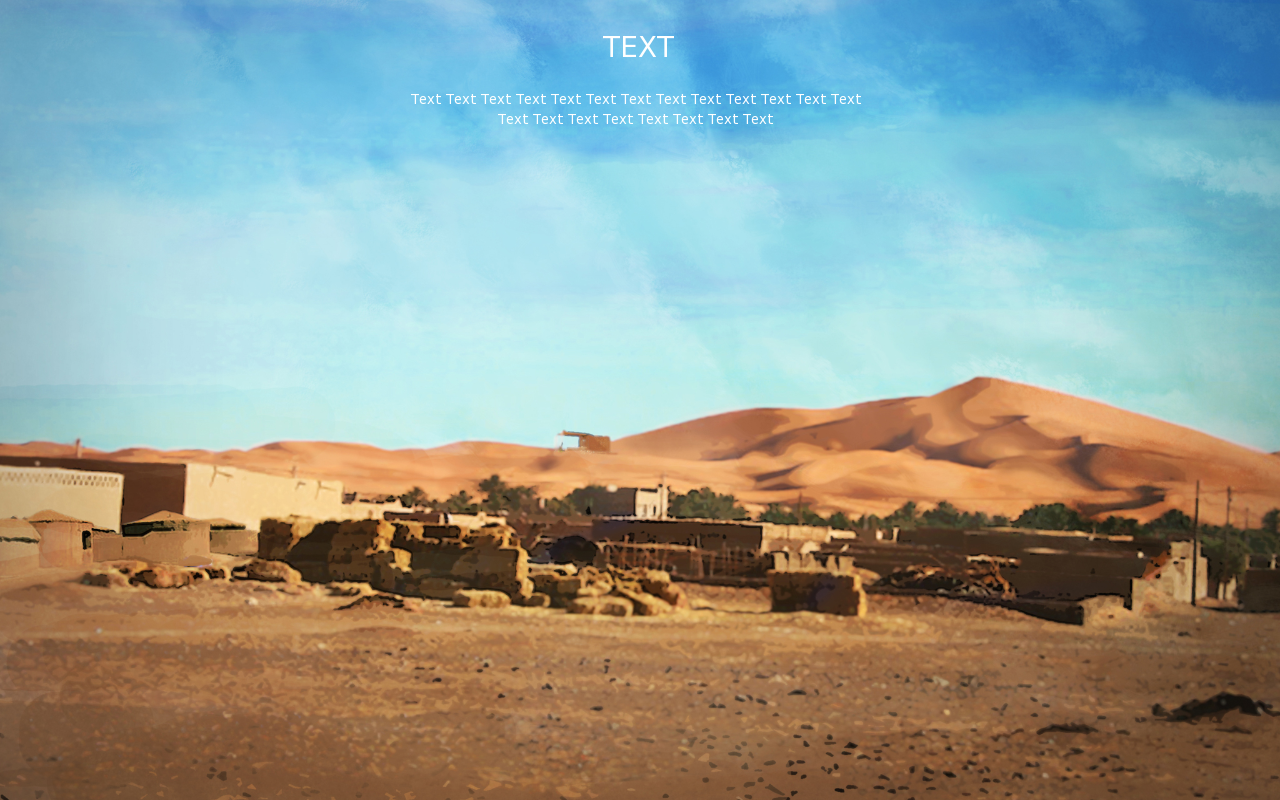 This is the traditional exposition cutscene, where it can be added text over the background.
While it is far from being the most interesting it is one of the most practical if the story is told by a narrator. 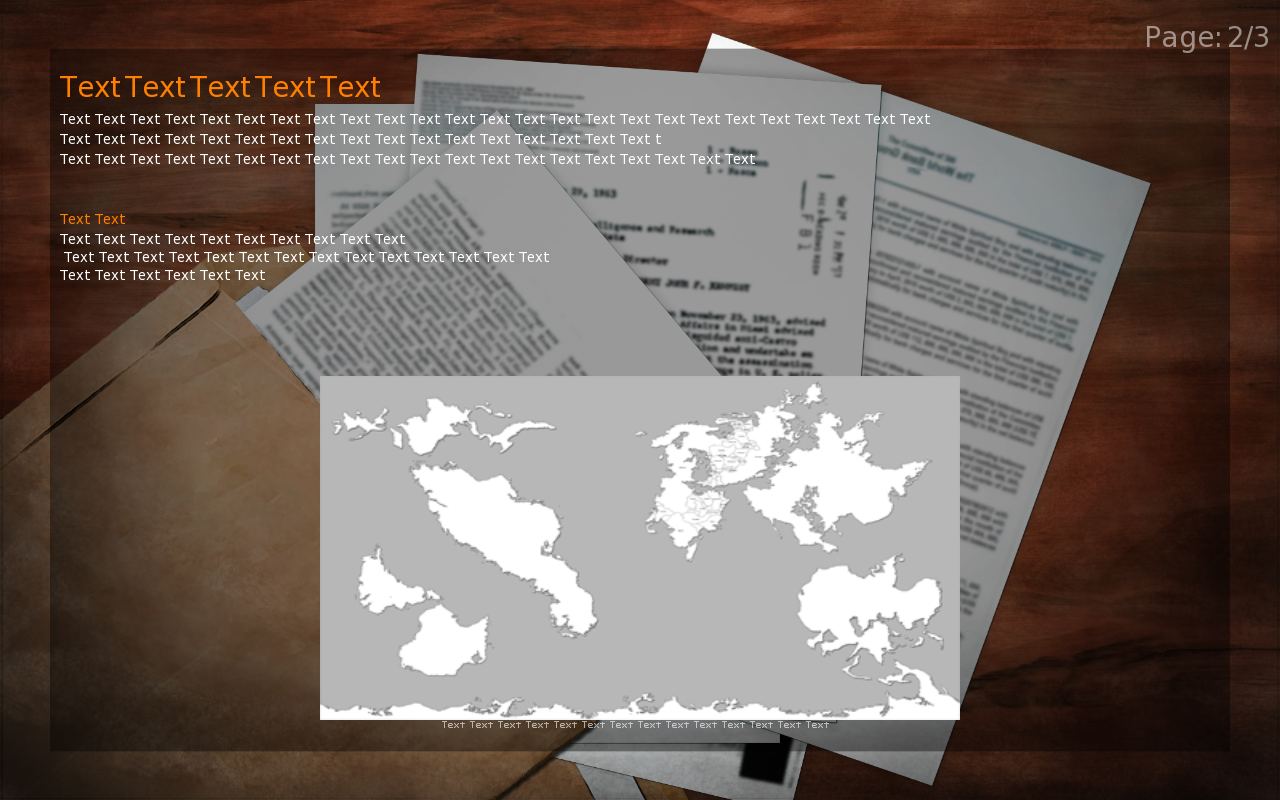 This cutscene serves as an example if you want to create a situation where the player can look at documents/ diaries and flip pages as he likes. 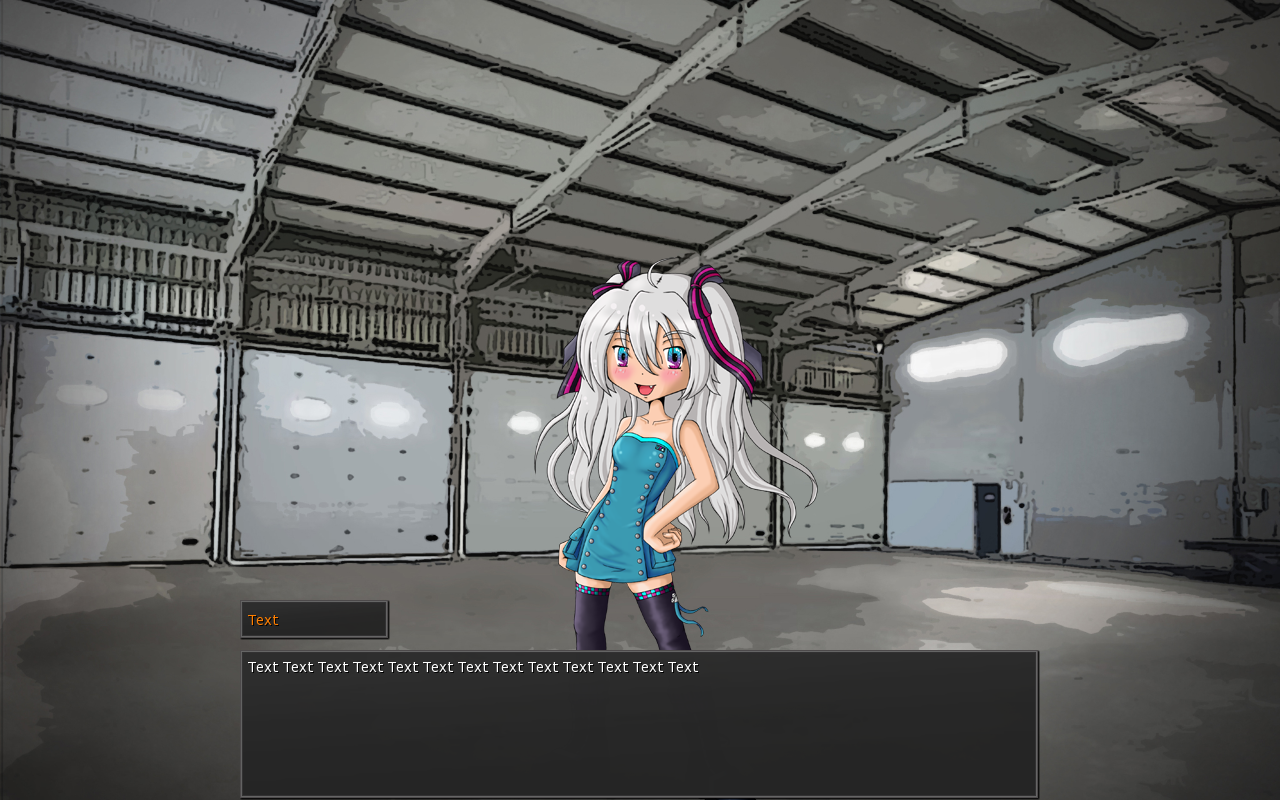 This last one is based in the traditional Visual novel style, where multiple characters can be displayed and changing expressions according to the mood.

These samples can be found in the AlphaC1 campaign, in the mission folder.
To use them, open a mission file and in these lines:

Add for example:
Bref_Hangar = " CutTest_IntroMimic" (is the name of the cutscene file)


And that’s it for now, as a final note, there were added new descriptions and a new voice pack, thanks again to MyHatismyFriend and the BAF group for their continual support.
Thanks guys, and thank you to all of you who support the game in your own way.

(At the time of release of this report is still been made the final arrangements for the upload, so expect a possible delay as usual, also after uploading please check the sound options to make sure if everything is accordantly to your preference)

Hey TS, I suggest for the altitude limit, you can set both the upper ceiling and lower ceiling altitude value, not just 'fly as low as possible'.

I totally agree that more Dakka is needed.

Also I'll try out the map editor when I have the time.

Those filtered background reminds me of 07th Expansion VNs.

But yeah, this is what i 've been waiting for, Time to test this stuffs, thanks a lot !

Those backgrounds and character are just place holders. The artwork of the true cutscenes for the campaigns' stories will be quite different.

Here is a quick sketch of a character for the game:

He looks awesome. Did you draw that in Photoshop Times?

Yes, it was made in Photoshop,

Other important controls for the editor:

Very good Update. Can't wait for the finished Editors ( love such stuff the most) , this game is going to be awesome.

The pitch control wich has been implemented in this update proves to me that the future development of this title ( and the final end product ) will be very promising, seeing as we suggested pitch control only a month ago.

Our prayers have been heard ( and that very quickly I might add ) and I am very interessted to see how this game turns out. Thanks for the update!

OMG This is awesome! xD