Jaw-dropping pictures of our new day-cycle, singleplayer information, podcast, and much more! Renegade X will soon become a standalone game.

Renegade X is an FPS total conversion mod, bringing the world of Command & Conquer to ground level, on the Unreal Engine 3. Our latest version, Renegade X v0.5 ( Moddb.com ) requires Unreal Tournament 3, but the team is now in the process of porting the project to the Unreal Development Kit ( Udk.com ), which will mean that Renegade X will be fully standalone in all future releases.

With over 12,000 downloads and 5 awards, the Renegade X beta, for Unreal Tournament 3, is available for download here: Moddb.com . You can watch our 1 minute 18 second November launch trailer here: Moddb.com

A few weeks ago, the team announced Renegade X: Operation Black Dawn. Black Dawn is a singleplayer mission and a demonstration of some of the game's latest features, coming soon to a computer near you. You play as the GDI commando, Captain Nick "Havoc" Parker, in a GDI invasion of a Nod island stronghold. The goal of this operation is to rescue Dr. Ignatio Mobius, a renowned GDI Tiberium scientist, captured by the Brotherhood of Nod. GDI gunboats, hovercrafts, aircraft, superweapons, vehicles, and grunts will support you in your struggle against the Nod military machine.

Watch our teaser trailer below:


Day Cycle System
The team has recently managed to get a working day-cycle into Renegade X: Black Dawn. This will create a new, unique atmospheric experience, as some elements of the game's lighting will be fully dynamic. The visual and even gameplay depth this system adds almost speaks for itself, but we've got some new jaw-dropping images just in case. 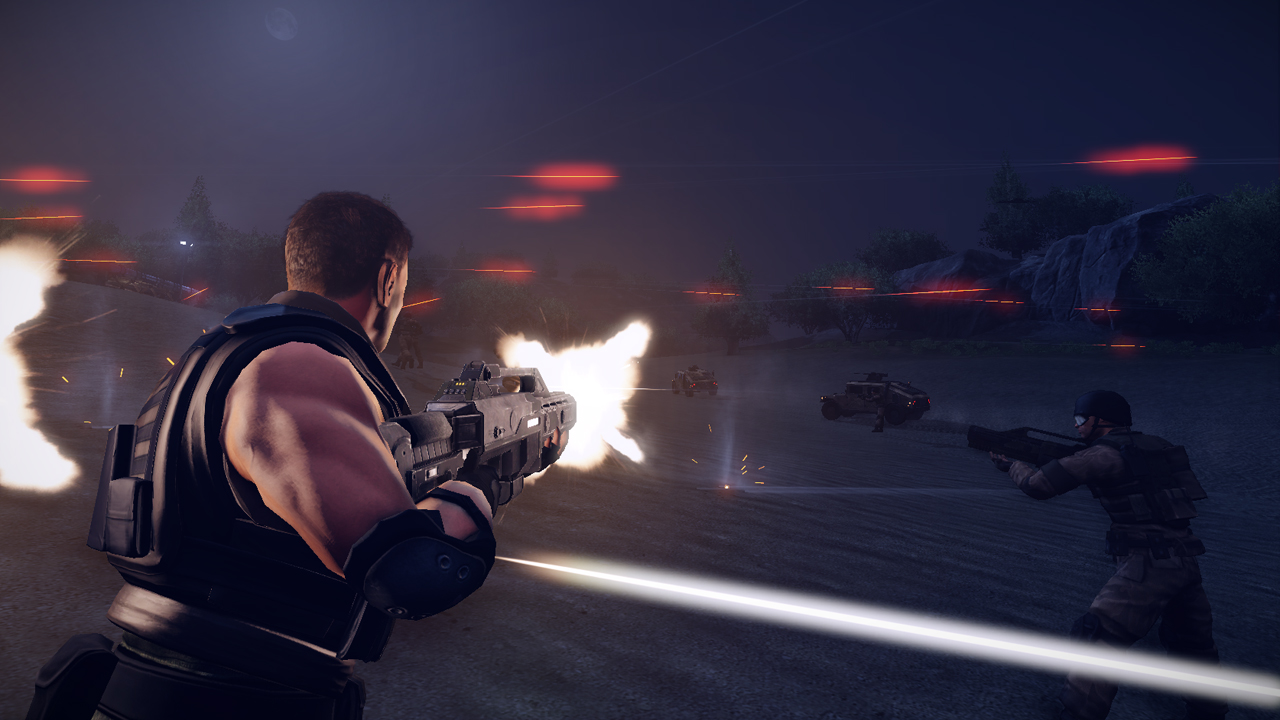 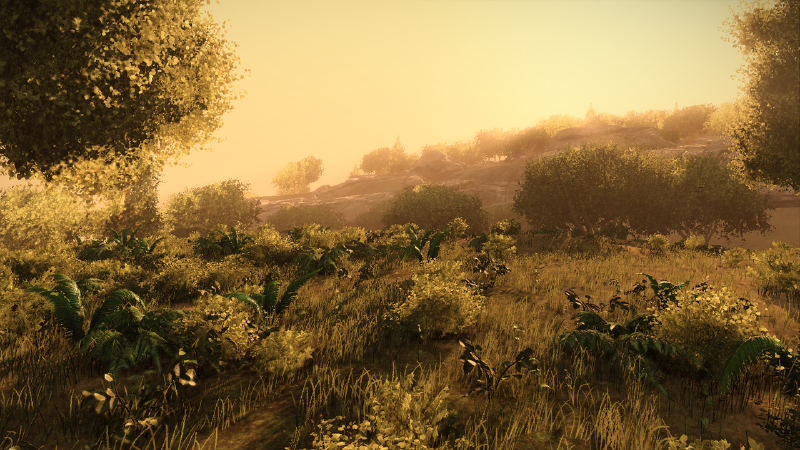 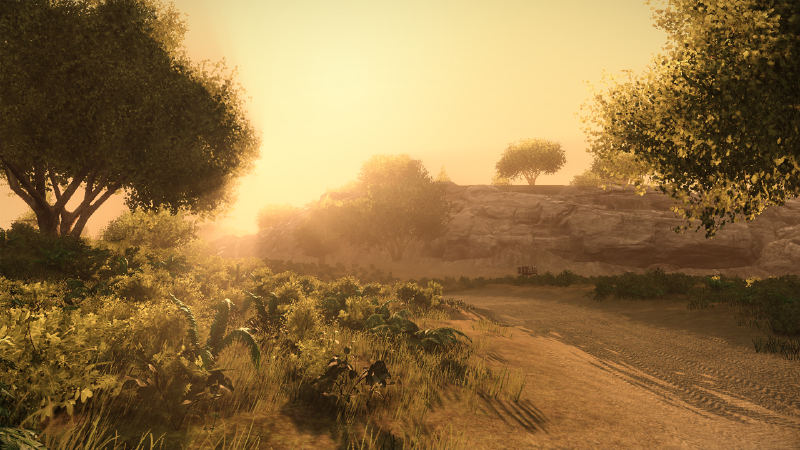 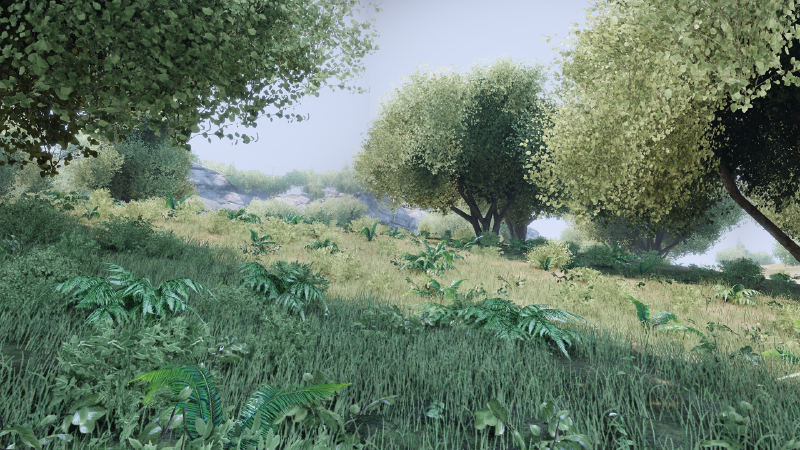 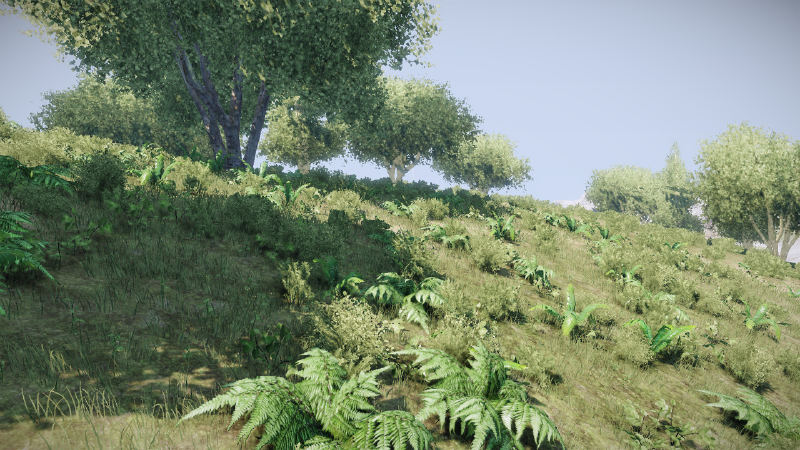 And in terms of new features offered in Renegade X on the UDK, this is just the beginning.

Black Dawn Podcast
It's been a long time since we've done a podcast, but with Black Dawn just around the corner, we're back! Join Fobby, Havoc89, and Avalanche in this hilarious and informative 19 minute podcast, as we discuss Black Dawn, new Renegade X features, the UDK, programming, recruitment and more.

CNCNZ: How are the technical aspects of incorporating the Unreal UDK going?

Fobby: Porting Renegade X to the UDK is, in some ways, like starting anew. A few aspects of the mod are being redone completely for the next version, while other aspects simply require a smooth transition.

For example, many static meshes (props, textures, etc.) were used from UT3 are nonexistent in the UDK, which requires us to recreate them. Part of what must also be redone is the code - we've created a much more organized coding structure this time around for the coming multiplayer release, and have concluded that it would be easier to redo parts of the code instead of transferring, fixing, and reorganizing old code. Both basic and complex features are being recoded.

All in all, I believe we are on track, and now that some of our core members are done with university and college for the year (or finishing up school soon), I expect the team to power through the summer with fascinating results. Just you wait.

Community News!
Fellow C&C artist Kane Nash ( Kanenash.deviantart.com ) has created a fan wallpaper dedicated to Renegade X. It features art from the original Renegade and of course the new and improved Renegade X. We, the team, thank Kane Nash for this awesome piece! 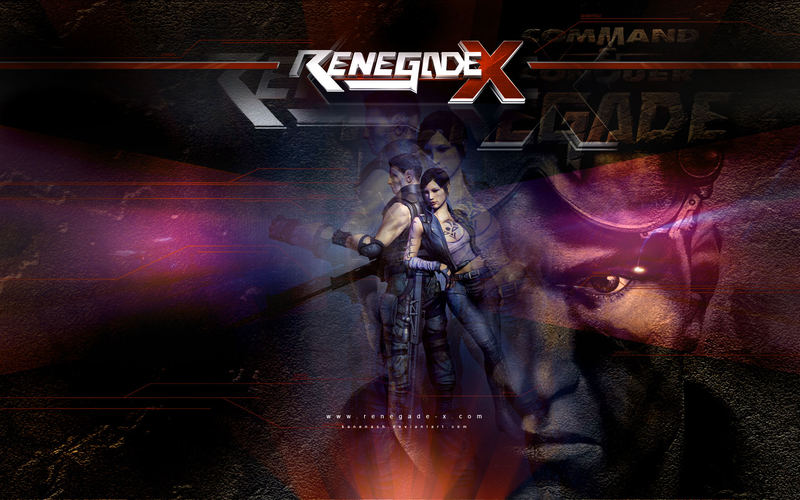 UDK X
Zunnie, the man in charge of the MP-Gaming's RenegadeXServer.com , has launched a new site, UDK X, dedicated to collecting tutorials, videos, and news for all UDK Games that are currently available. Help make this site a hit by visiting
Udkx.net

Sydney and Hotwire
I want to introduce you all to two new ladies in Renegade X:

This is Sydney Mobius, the daughter of Dr. Ignatio Mobius. She is one of GDI's best, wielding a 1000-credit Personal Ion Cannon, capable of inflicting massive damage to all enemy infantry, vehicles, and aircraft. 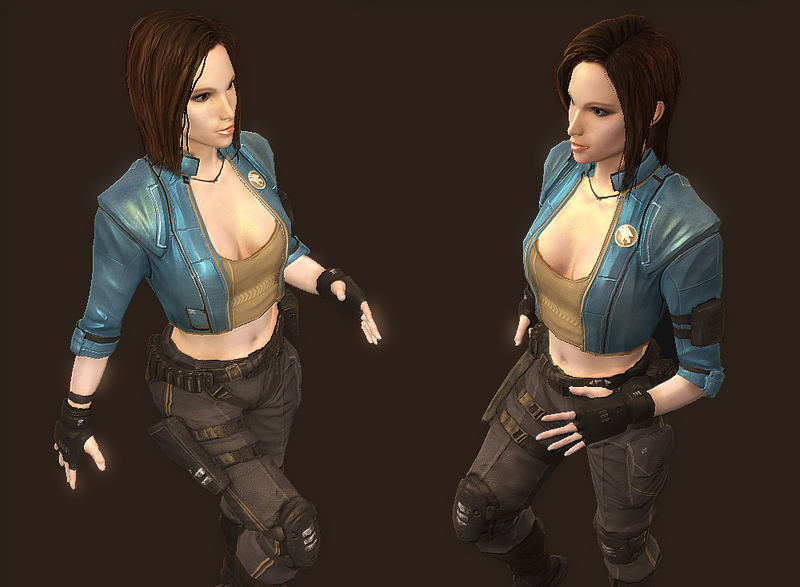 Shai "Hotwire" Aviv
A tough-as-nails commando and a woman of few words. Prior to joining GDI, Shai Aviv was a member of the Israeli Mossad, where she served with distinction. When she joined the GDI special commandos unit "Dead-6", she took on the roles of tactical engineer, proving to be an invaluable asset on the battlefield, when vehicle repair, structure capturing and demolitions were needed. 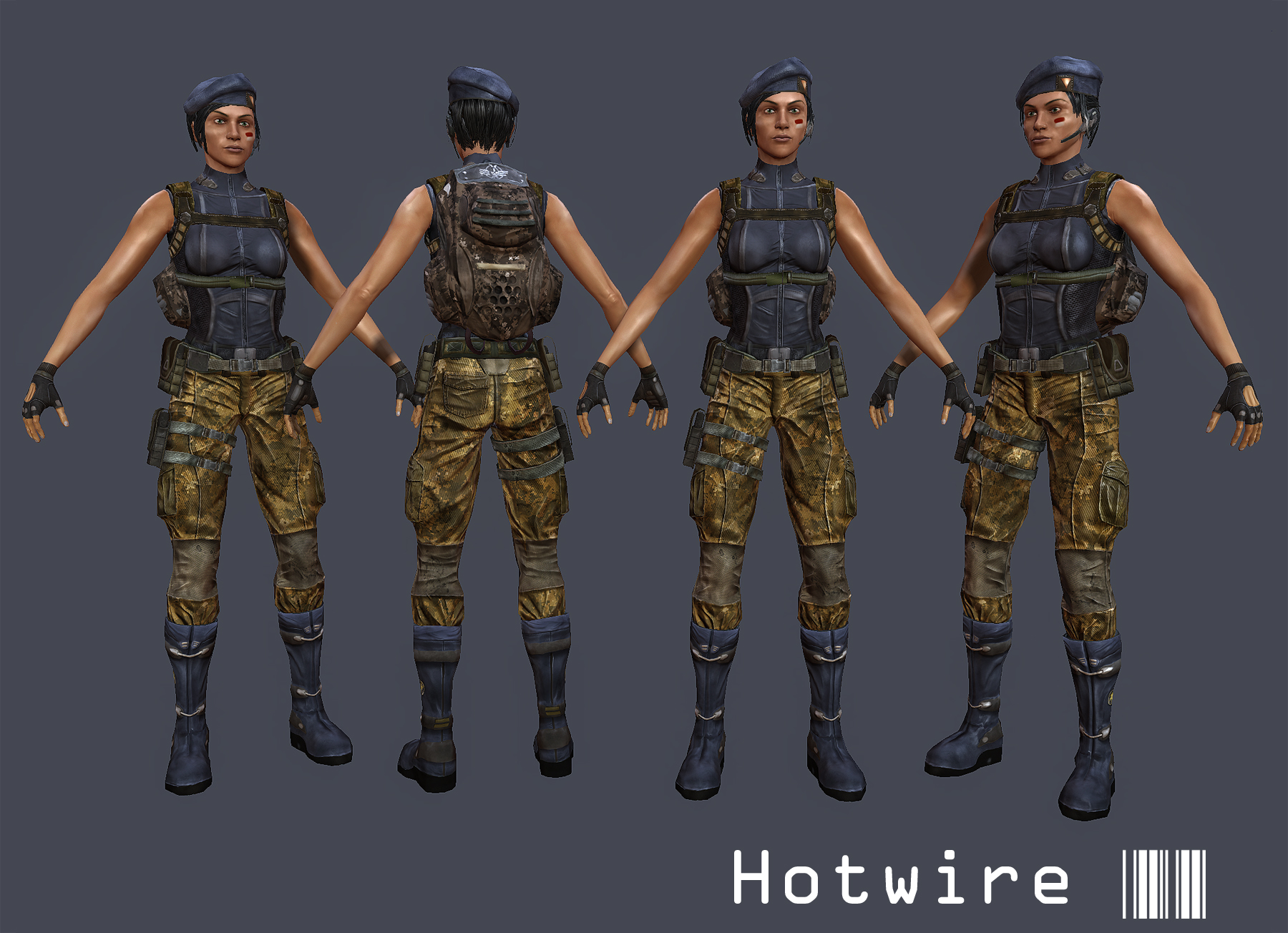 Command & Conquer music track!
Sebastian Aav has made a new and improved version of Renegade X's theme song, Command & Conquer. You can download this amazing track below:

That's it for now. We hope you've enjoyed the update!

I remember the old days of Renegade and I really hope this succeeds!

This mod looks amazing yo

But, ty, we hope to get it to you guys as soon as possible.

looks great. I hope it won't have dull colors like every other UE 3 game out there )

lols this **** scared me i tought he had his cigar in his nose i was like wtf..god i must be tired

Looking great, cant wait till the next release.

visually supreme. gameplay/design/etc look run of the mill and bland.

sydney mobius!!! she is back with higher polycount breasts! Dream come true!

The music is really good too.

Women look hot :D
Anyways, as soon as this is standalone product I'm gonna get this

that's a freakin big arm u've got there havok

This is awesome but I have a little one comment - Hotty was more sexy in original Renegade :P

This already looks like a AAA game. Outstanding work guys, out of interest, will you be adding support for Iron sights or red dot sights instead of hip-firing all the time?

Damn, and if you guys got the MCV stuff down, that could have been a new game mode: MCV Defense; Form a convoy, transport an MCV to a suitable location to build a base, and then you need to turn the tide and assault the team formerly known as attacker. The attacker would be static at a tech level. The team defending the MCV would have limited available at first, and then progress to slightly more capability than the attackers. The gamemode is a give/take of tactical advantage, I don't think either team should ever have their tech tree filled out entirely for this, though.

Just pitching an idea. Take it or leave it.
But I'd definitely like to see some ideas on new gamemodes, the old renegade thing is kinda dull.

This looks so ******* awesome! I never imagined you would recreate singleplayer, too. Also the fact you're porting this to UDK to make it standalone is awesome, because I don't have to buy UT3. Keep up your work guys!

We're not remaking singleplayer but rather we are creating our own original level. It will just be one level

Wow that is some sexy media.

Wow, that looks better than quite a few commercial games.

Looks like something I'd expect from the Ubia engine.

Now, now, look at the size of that arm!

Well what can I say...
You guys just do amazing quality work:)

As always, look amazing. Looking forward to it!

Nice, it's nice to see that not everybody gave up on the FPS C&C games.

Good job all of you