Imagine play Search and Destroy with the need to destroy BOTH targets and with the able to get Reinforcements as Paratroopers.

It's a variation of Targets gametype, where your team can work together to earn Reinforcements during the battle, then all dead players will respawn as Paratroopers to help the team to complete the objectives. The attack team must destroy BOTH targets to win. If just one Target is destroyed we get a Draw. So the defenders must also protect BOTH targets to score. 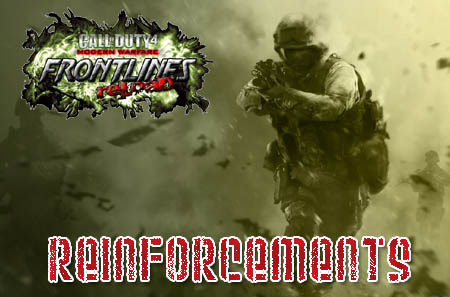 That mode and "Support" are my favorites.