Working on the beta 2, I have added new explorable buildings, enhanced the aliens AI and polished the level design, but there are still a lot of things that need some work !

If you have checked the game this last month, you may have see that I have been working a lot on modelling and I have managed to add a bunch of content which has given a great enhancement for the gameplay of The Alien Wasteland. There are now 3 detailed buildings on the map fully explorable from inside to the roof where you may found weapons and items randomly spawning through the waves of aliens. 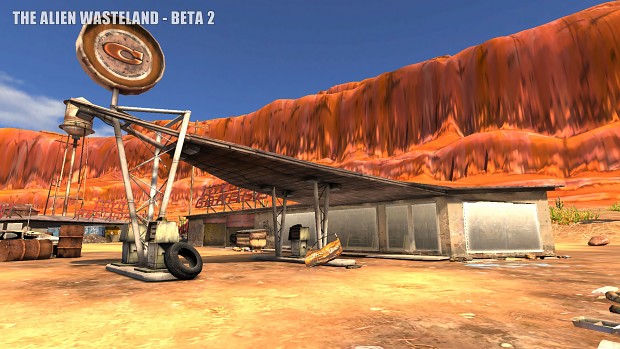 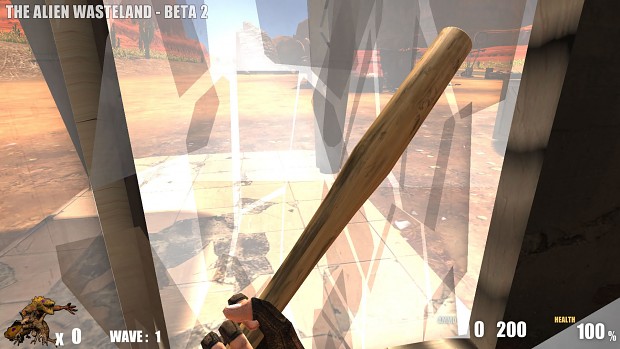 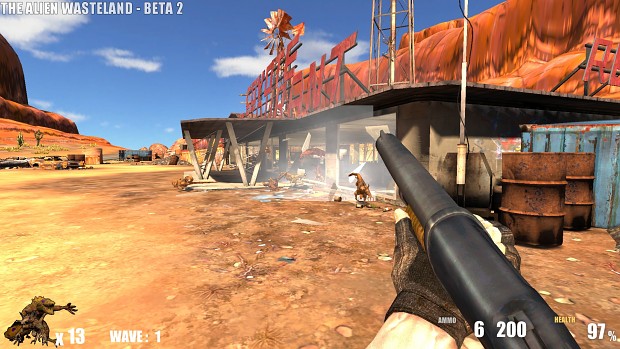 Aliens coming from the restaurant 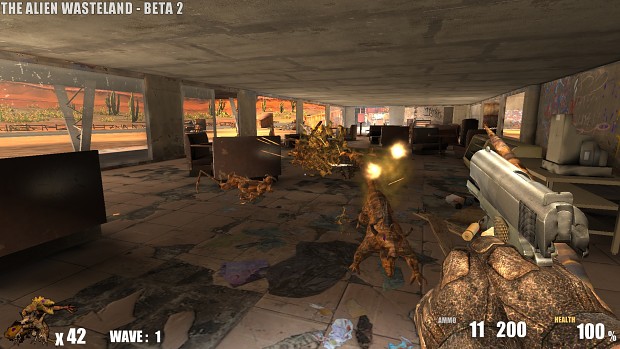 Combats inside the restaurant 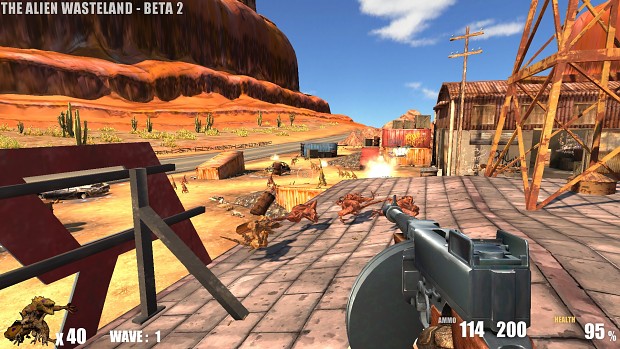 Aliens can also get on the roof !

You can now try a lot of different tactics to resist against the aliens. By either camping on the roofs, sprinting on the desert or staying inside. You will however have to move some time to upgrade your weapon or just to escape an incoming alien boss !

While the game is playable and actually not so far from being complete, a lot of work is still remaining : 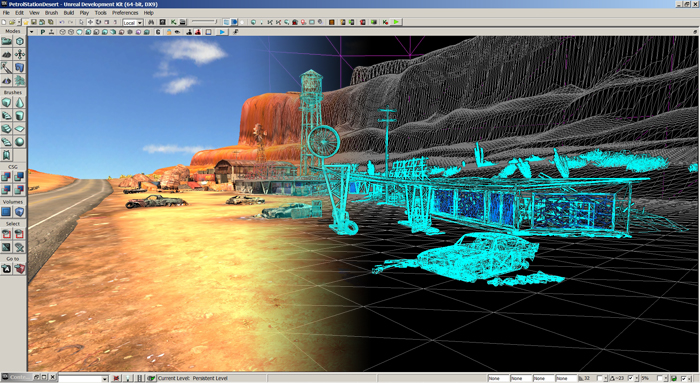 The game inside UDK editor 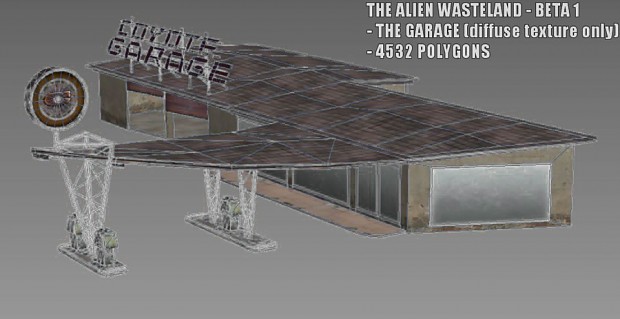 So this is shortly what I plan to work on now. I have done most of the features like the weapon inventory/spawning system that are already implemented but which I may still update to fix bugs and gameplay grips.

I will be happy if you subscribe to track the game and feel free to post some comments ! Don't forget to watch out the website where I added some cool stuffs !

Reminds me of the early Serious Sam Games! Which is a win by default in my book!