At this news i am presenting the all the four major races and the minor ones too this first is showing off the humans main units that are used at the deafault maps. Tommorow im showing the humans campaign only units.

Posted by CptIstvanofArdeal on Feb 1st, 2013

The Peasant:
Your good old trustful and loyal builder. 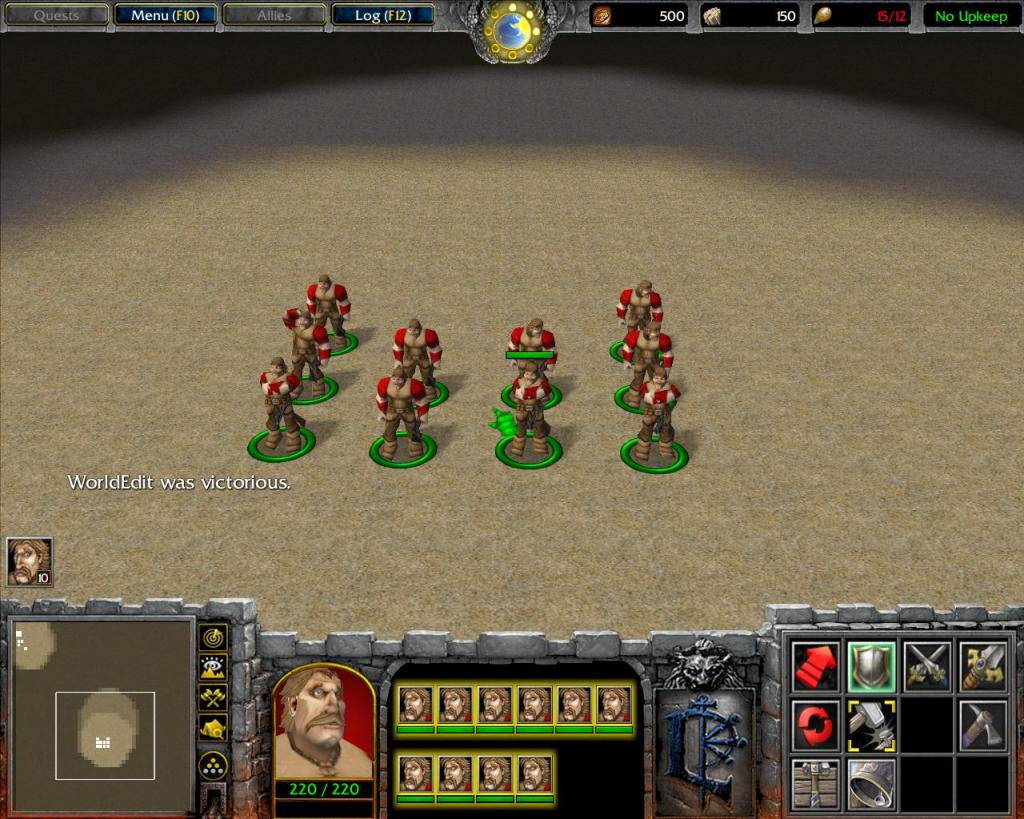 The Millitia:
You can change your Peasants to Millitia when the need arises. 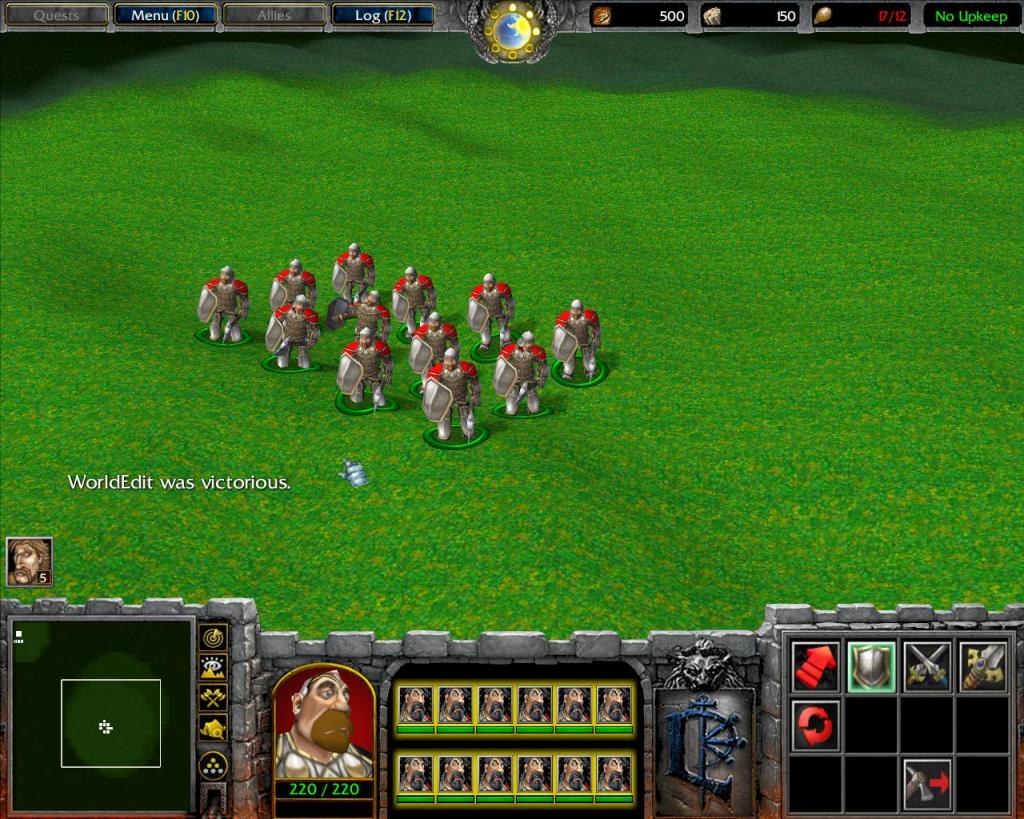 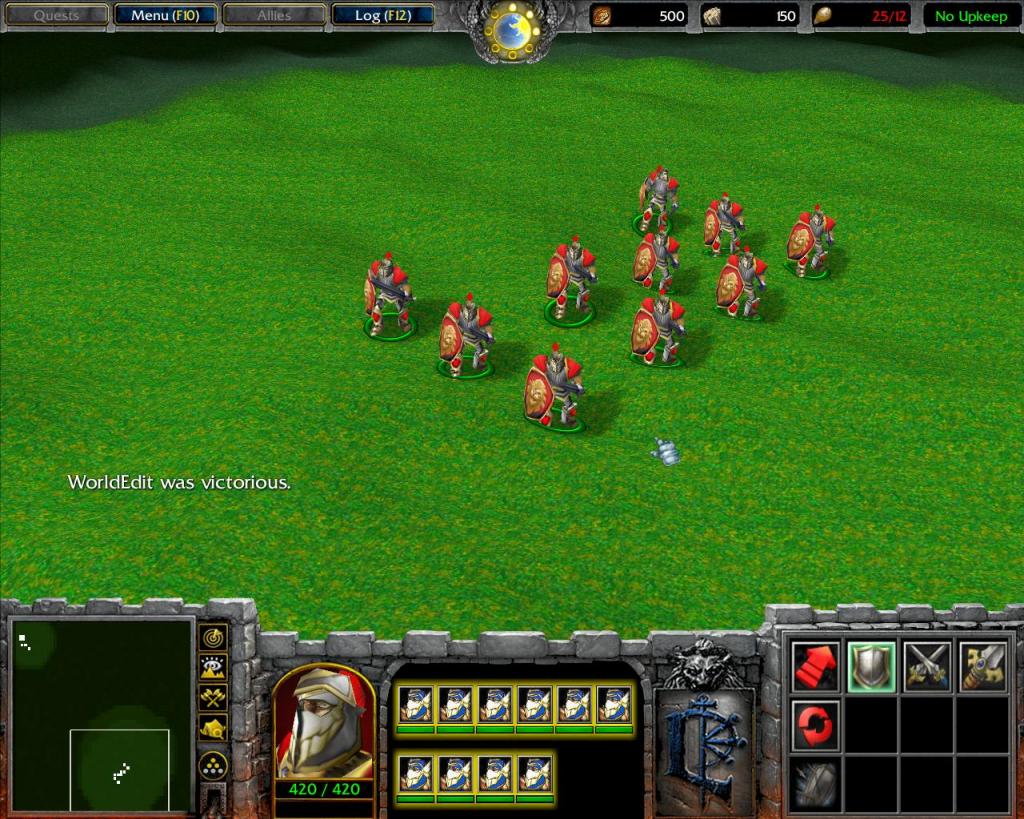 The Knight:
Your faithfull knight that serves you till death. 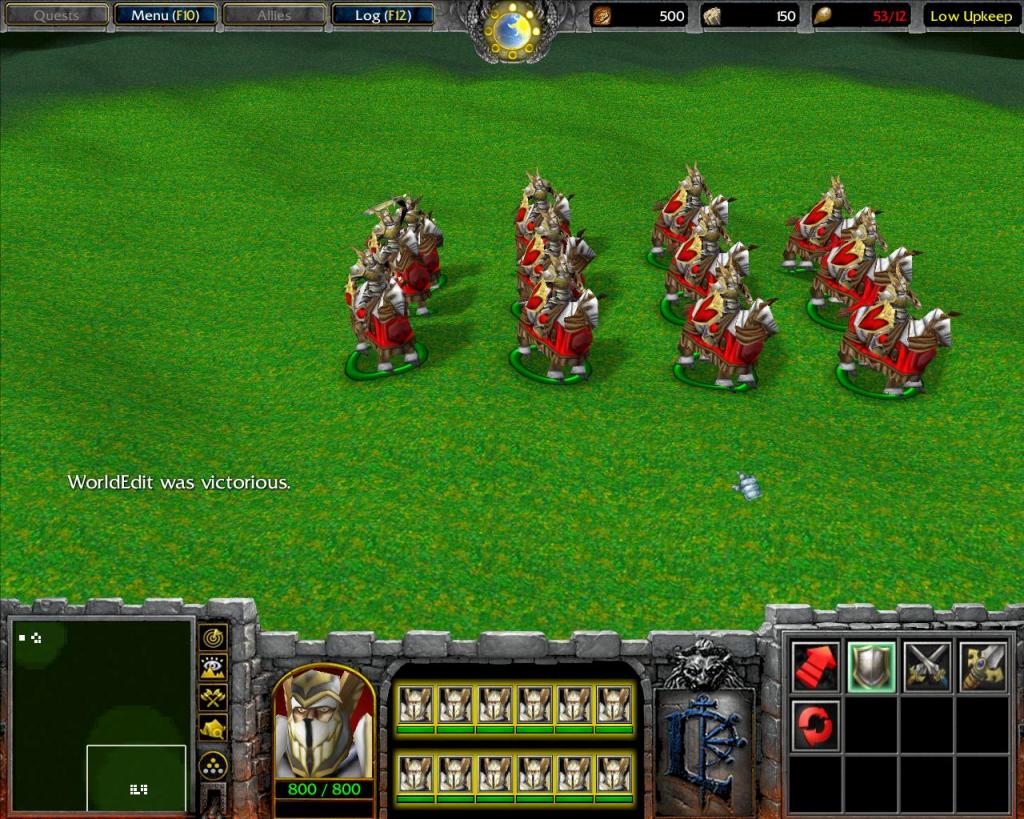 The Rifleman:
Your basic ranged trooper with blackpowder weaponry. 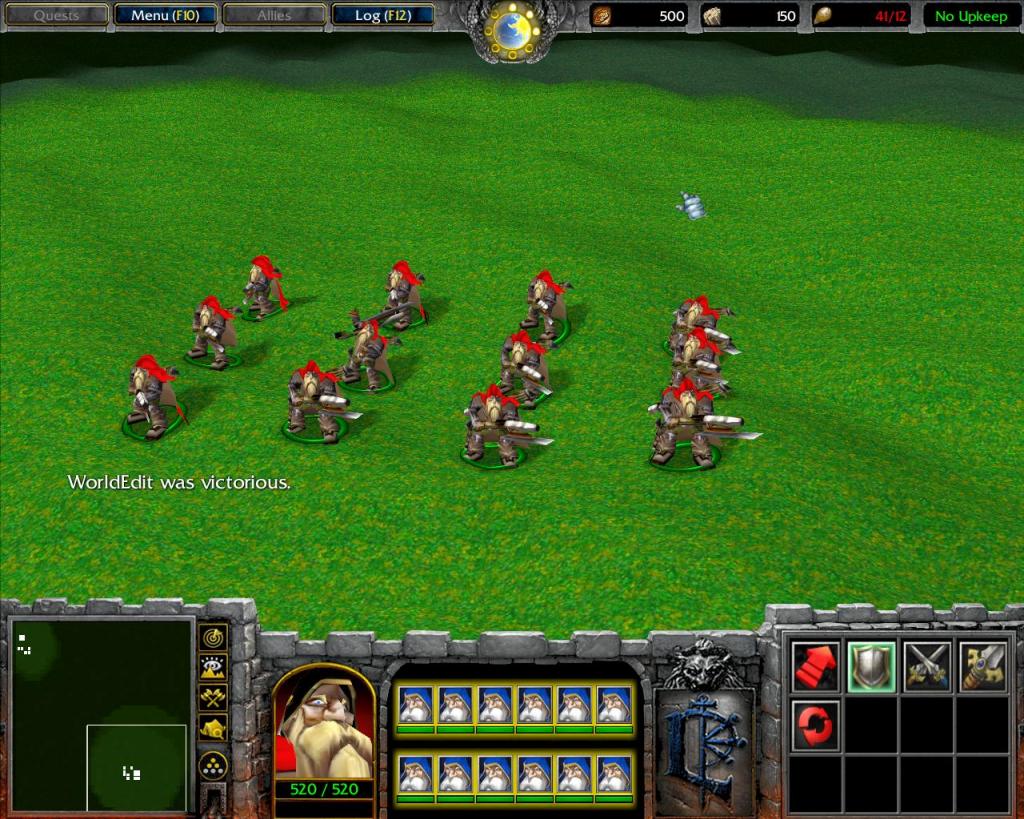 The Flying Machine:
A crafty flying contraption made by gnomish engineers. 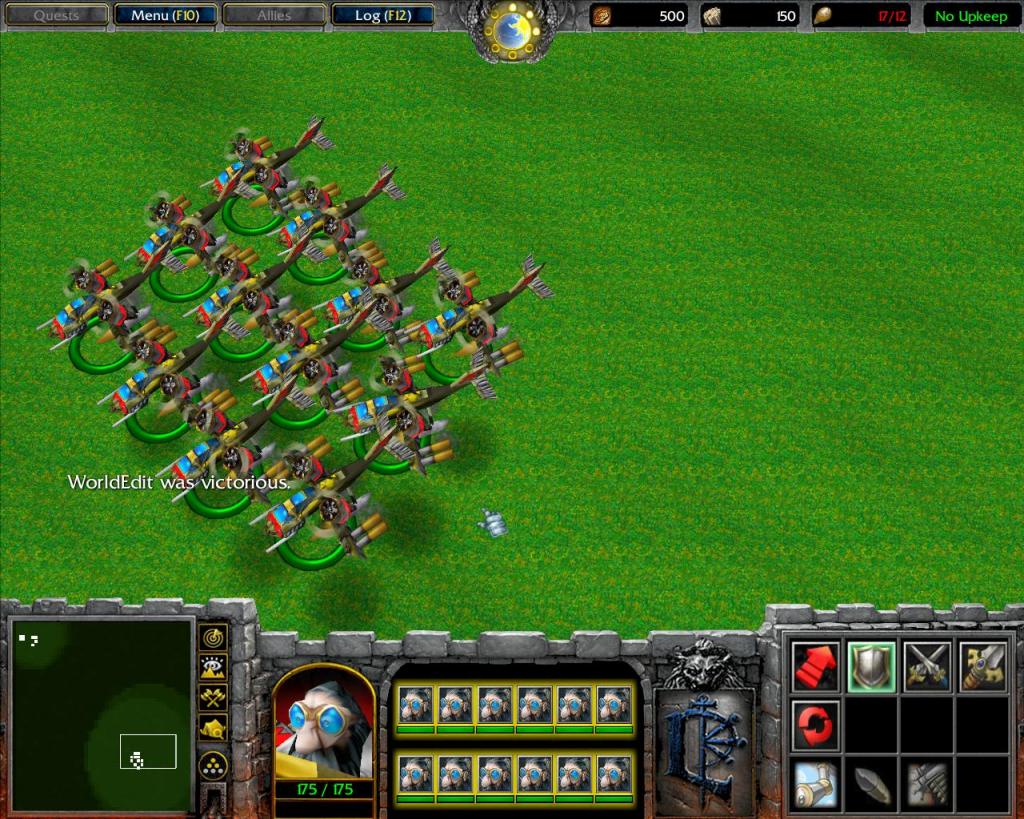 The Gryphon Rider:
Brave dwarwen riders that throw hammers to your enemies.

The Priest-Reign of chaos version:
Your healer too keep your units alive. 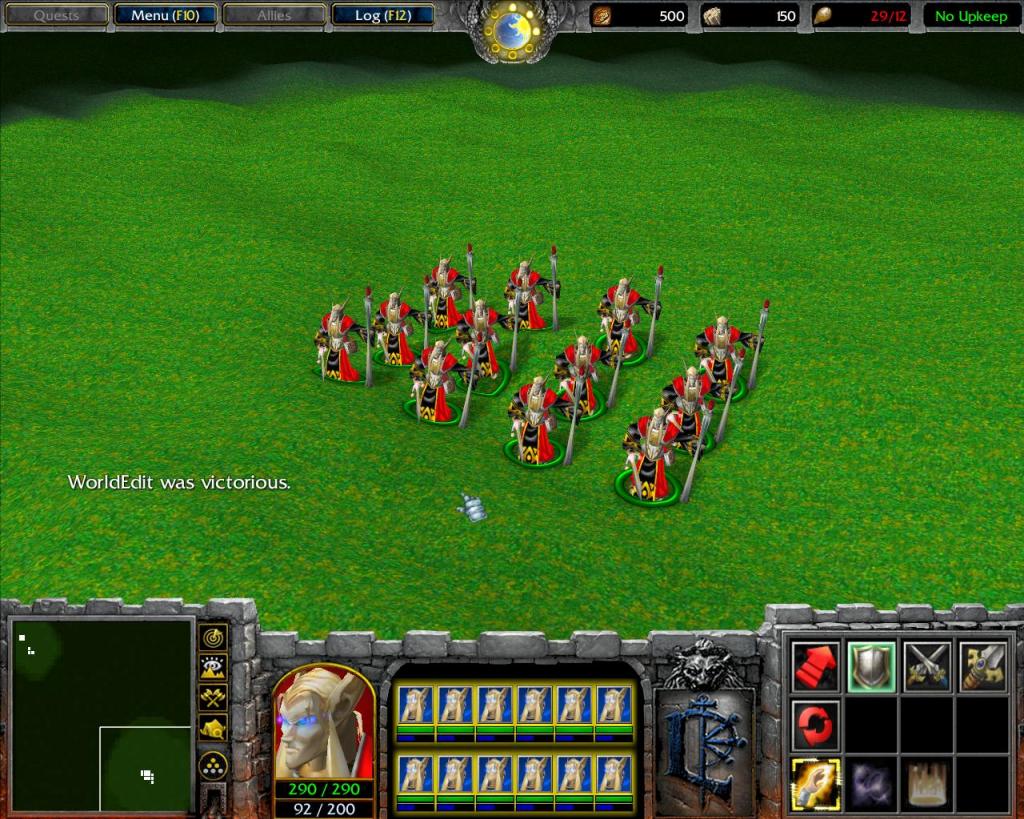 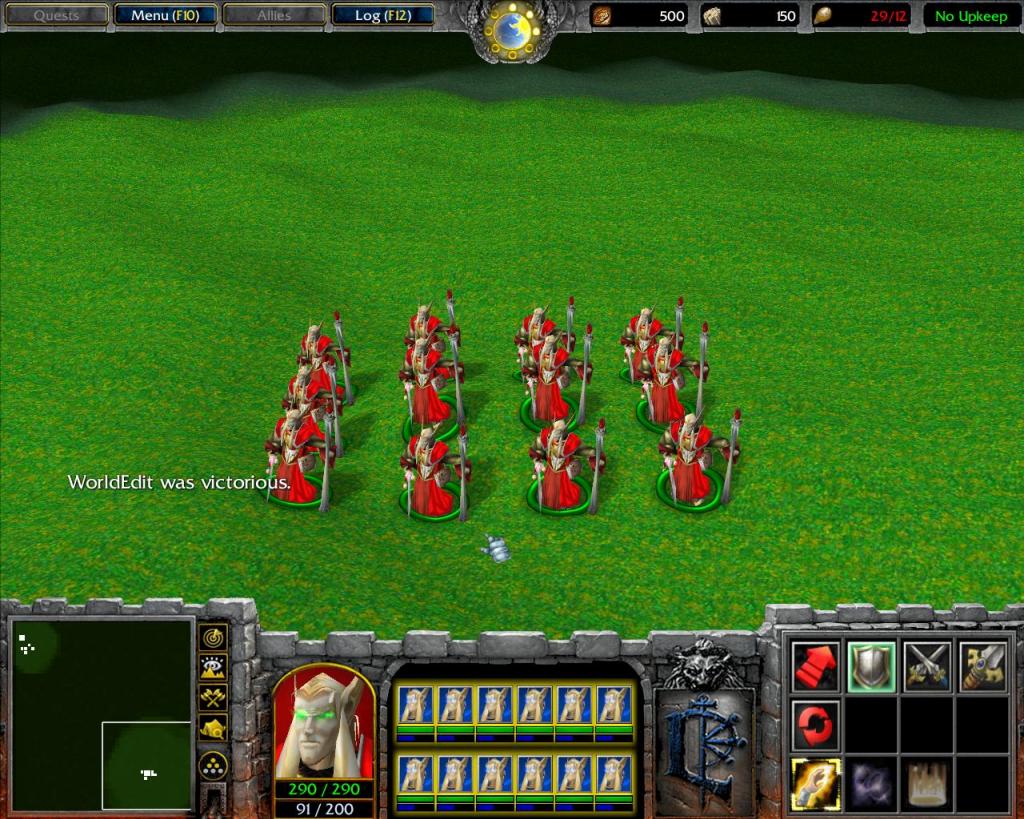 The Sorceress - Reign of Chaos version:
Your support spellcaster. 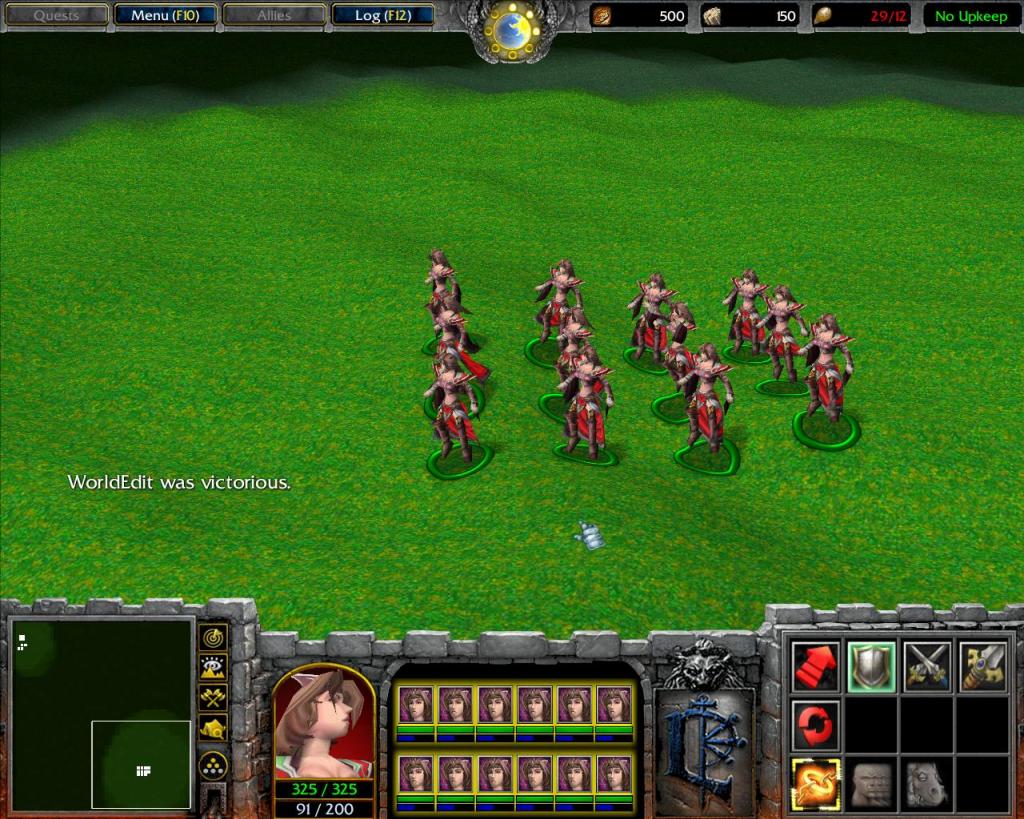 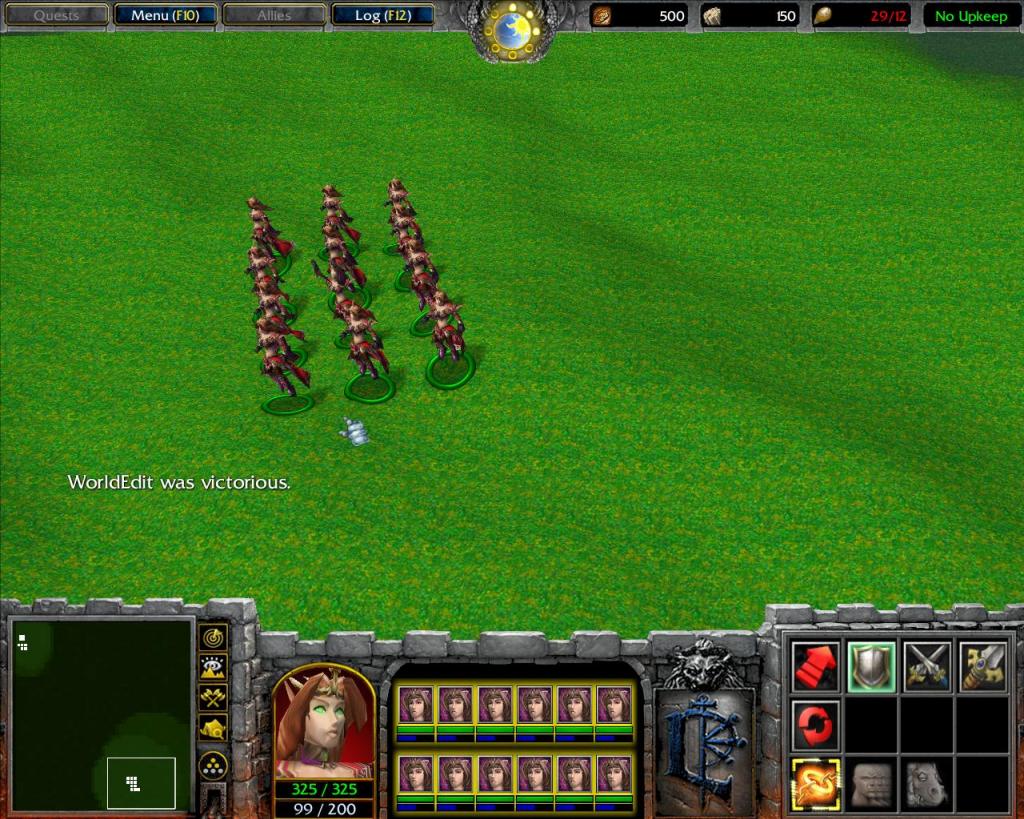 The Steamtank:
Your siege engine armed with a huge wreckingball perfect too demolish those iritating towers and buildings. 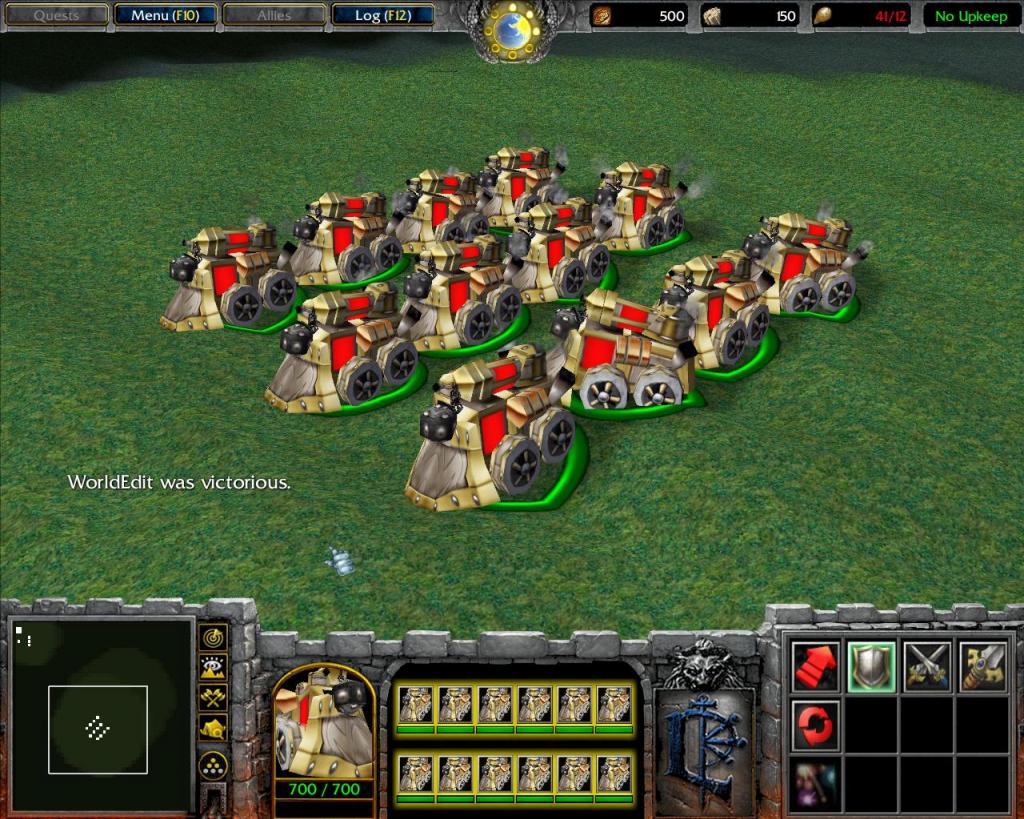 The Siege Engine:
Upgraded siege engine with a main cannon and missile launcher on its back too dislodge enemy flyers.
Warning you can only use the missiles when you buy the upgrade for it. 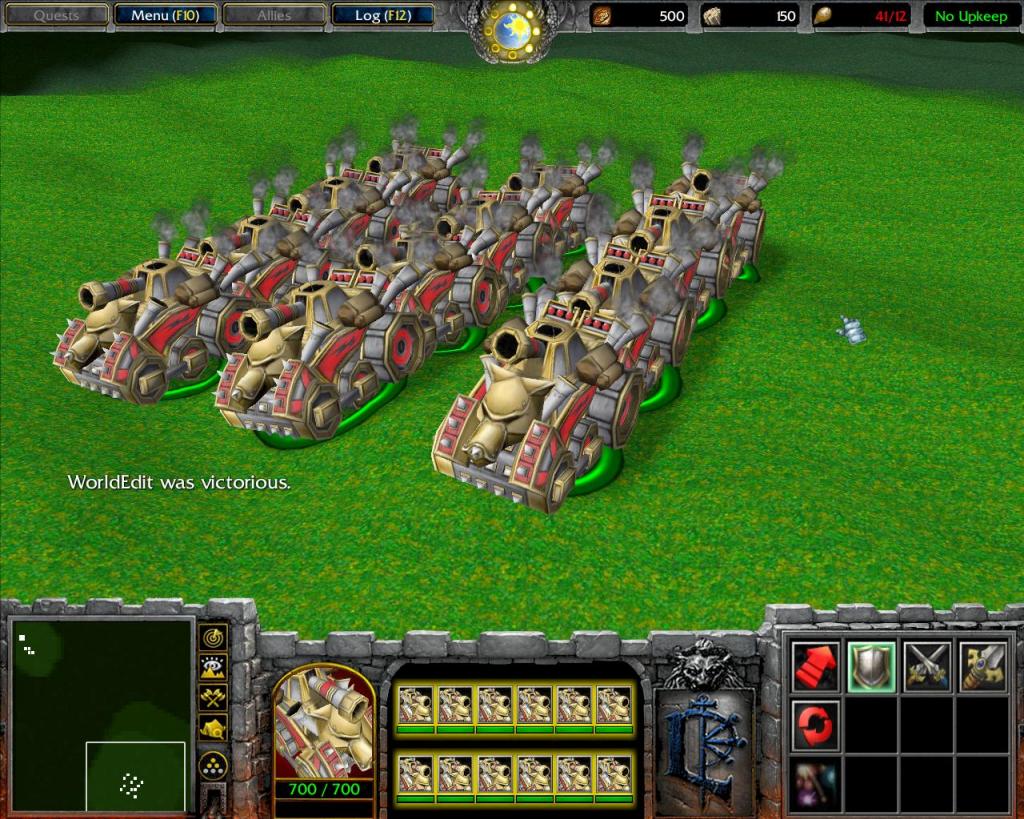 The Spell Breaker:
Your advanced support trooper perfect too disrupt those pesky spellcasters. 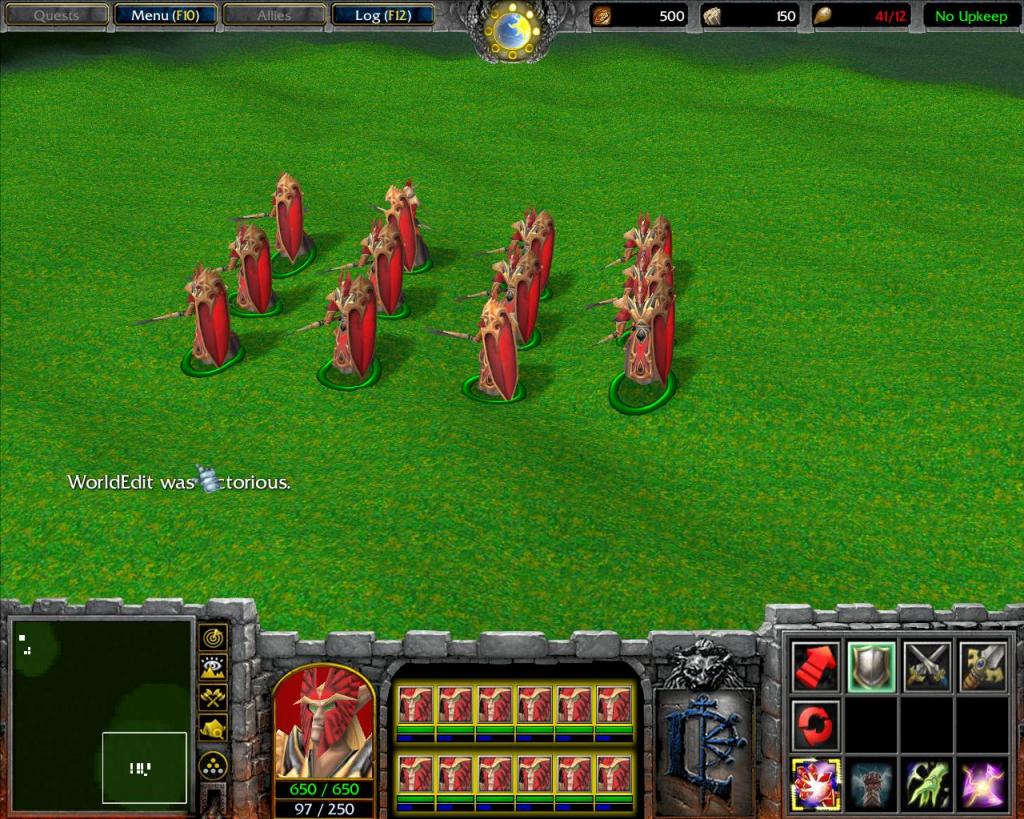 The Dragonhawk rider:
Advanced support flyer with cloud ability to stop your enemies towers from firing. 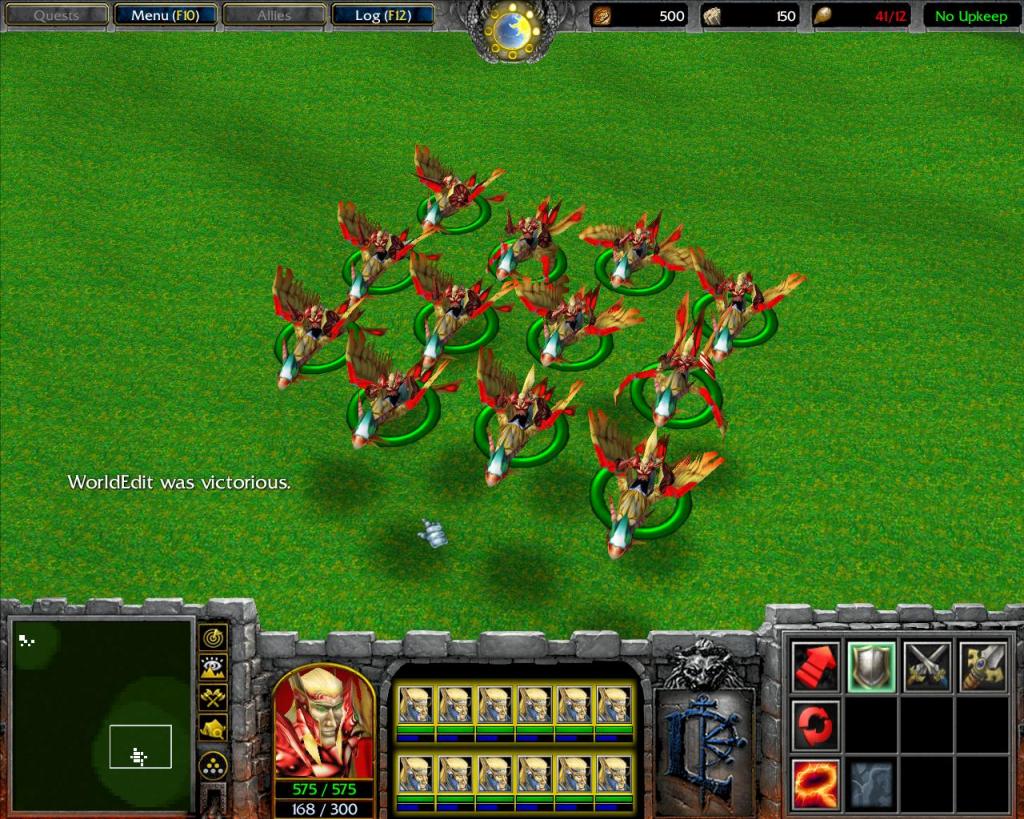 Now for the heroes! 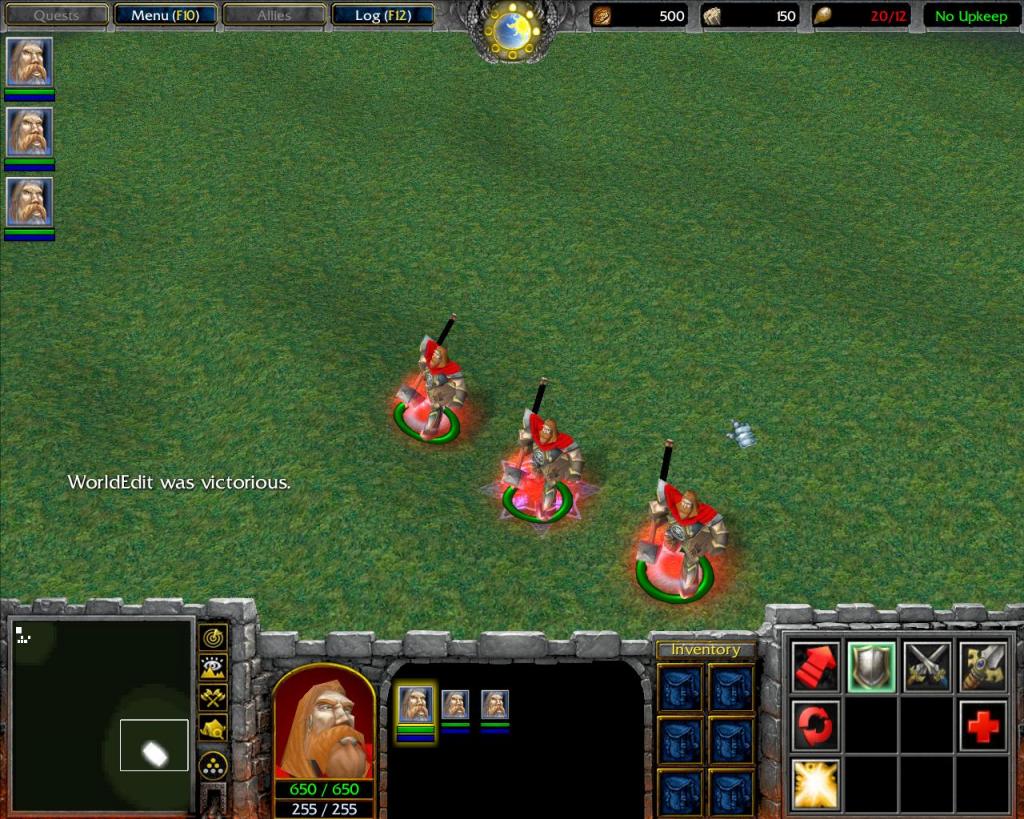 Information: Although the Paladins were once loved and revered throughout the lands of Lordaeron, they
have since fallen on hard times. The entire Order of the Silver Hand was disbanded for
refusing to kill innocent townsfolk who were believed to be contaminated by the dreaded
Undead plague. Disenfranchised and driven from their former homes, the Paladins still
work selflessly to protect humanity from the gnawing jaws of evil. Empowered by the
Light, these mighty warriors brandish both warhammer and holy fire in battle against
all who would trample the meek and innocent. 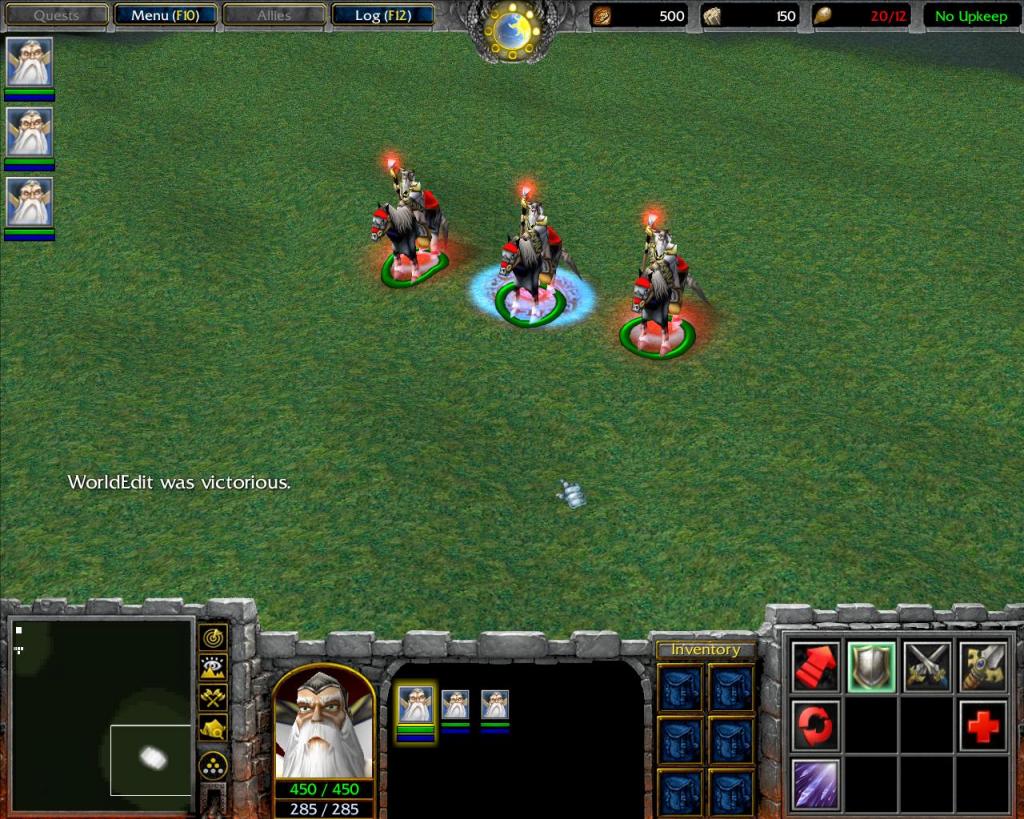 Information: Hailing
from the magical kingdom of Dalaran, the Archmagi represent the
pinnacle of magical power. Weaving their intricate enchantments, these
crotchety old wizards are called upon to defend humanity with all the
magical powers at their disposal. Mounted atop their trusty steeds, the
Archmagi brandish ancient staves that serve to channel their fierce
energies in battle. Though gruff and slightly aloof, these experienced
wizards are a heartening sight upon any battlefield where the fate of
humanity lies in peril.


The Mountain King:
Powerful fighter armed with and axe and hammer. 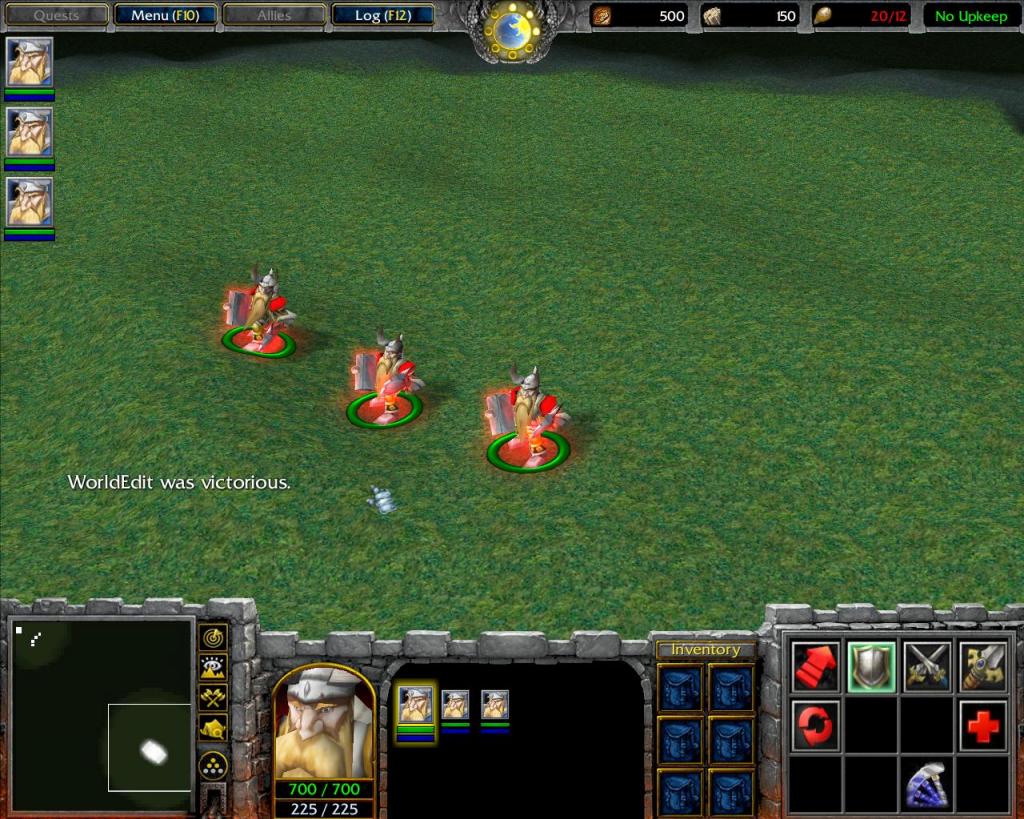 Inforamtion:The
Mountain Kings, or 'Thanes' as they are known in Khaz Modan, are the
mightiest Dwarven warriors under the mountain. Wielding both enchanted
warhammers and hand axes, these fierce fighters live to test themselves
against worthy opponents. Unconcerned with their race's preoccupation
with mechanical devices and mining precious minerals, Mountain Kings
live only for battle. Dedicated to safeguarding the Alliance which saved
their kingdom during the Second War, the Mountain Kings can be counted
upon to rally behind any banner that stands between freedom and the ever
looming shadow of evil. 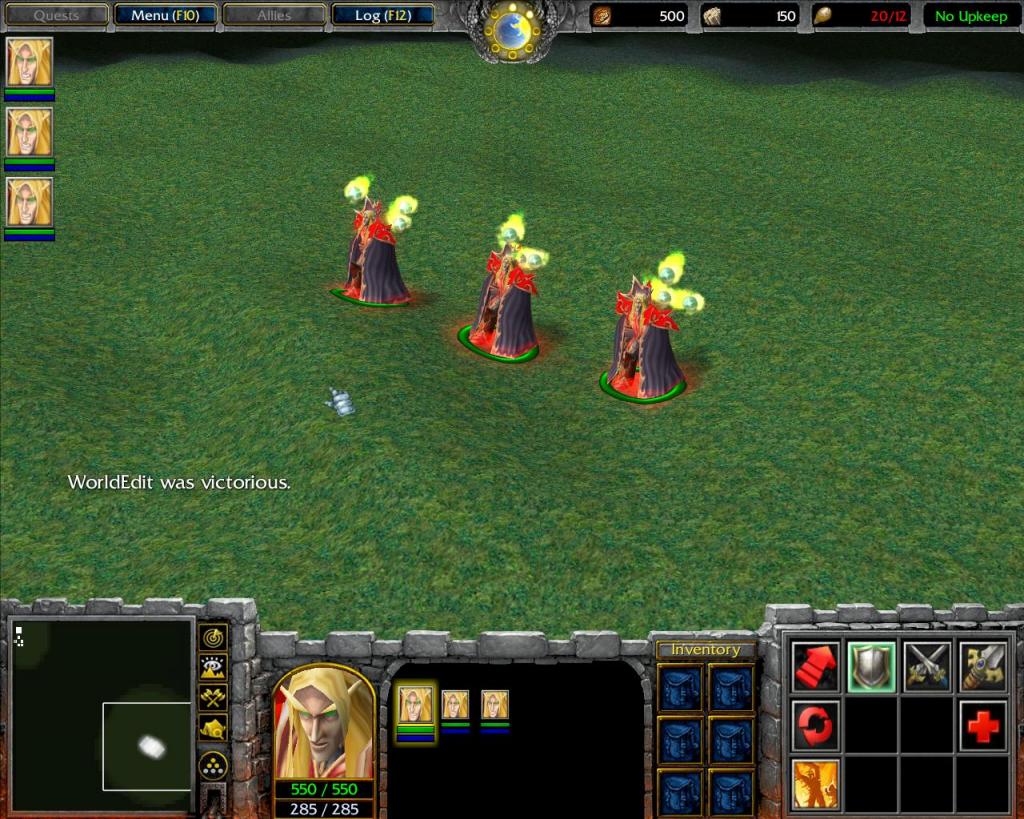 Information:Many
of the stoic high elves, reeling from the loss of their ancient
homeland, Quel'Thalas, have given in to their hatred and despair and
embraced the dark side of their magical natures. Calling themselves
'Blood Elves' - these cold hearted refugees seek to expand their
remaining magical powers at any cost - even if it means courting the
infernal powers of the Burning Legion! Though still loyal to the
Alliance, the Blood Elves' passions will lead them not only to the
highest pinnacles of power, but to the darkest depths of madness.

The Water Elemental:
Summoned by the Archamge. 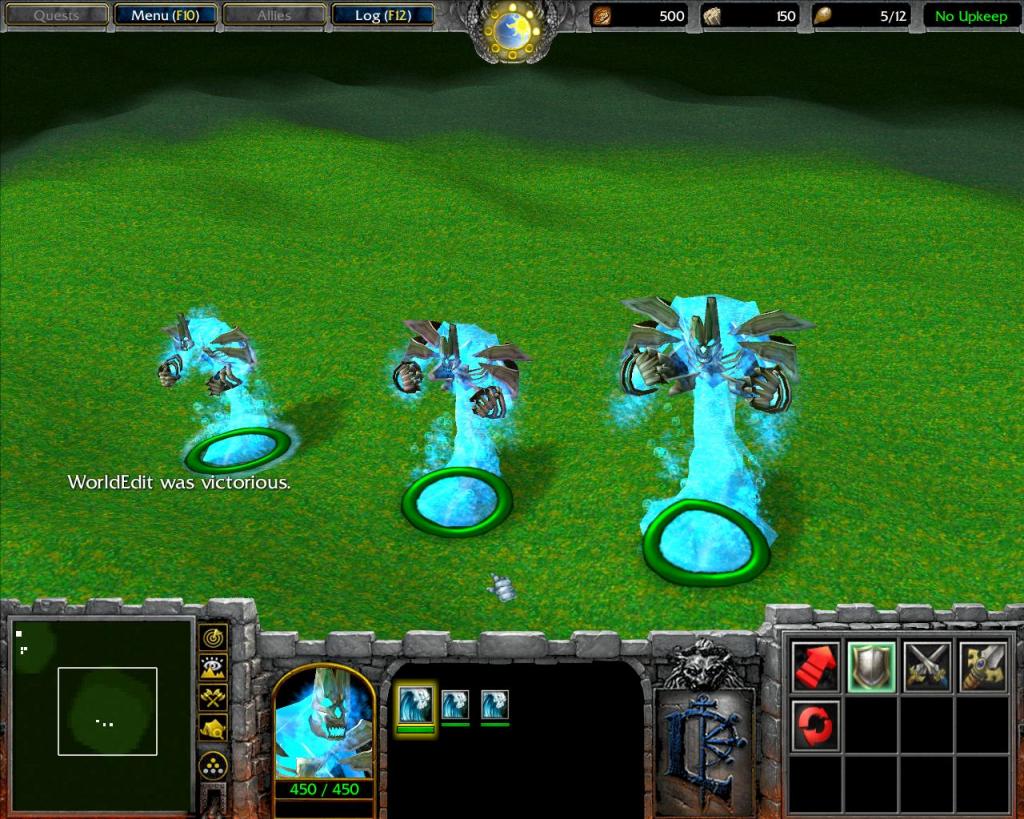 The Phoenix:
Summoned by the Blood Mage. 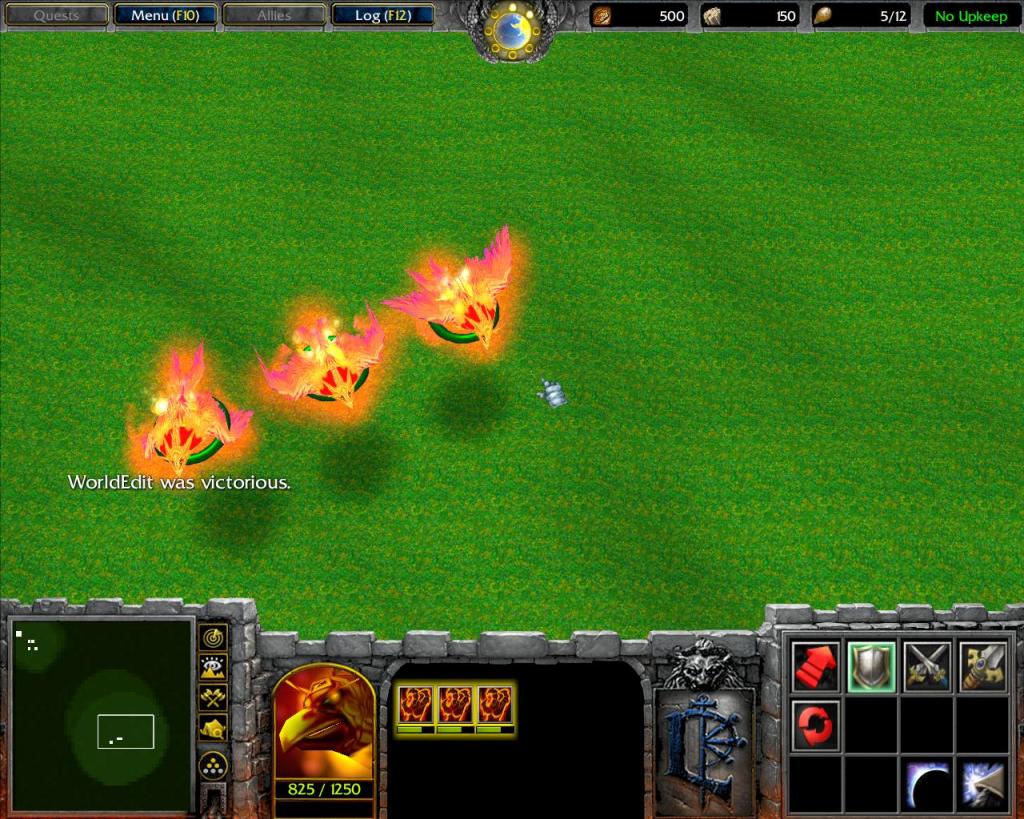 And that's all for today's news event tommorow im posting the campaign only units.
So stay tuned!

most of the images are located at my photobucket account.

good to know it