What I've been doing and where I am with the mod this week.

What I've been doing and where I am with the mod this week.

I know I've been kind of quiet - but quiet is good. I assure you that if I am quiet, it is likely that I am working.

I'm now onto the last playable map of the mod, and it is very exciting for me to have reached this stage with my project. I'm not going to show you anything from the last bit of the mod yet as it's only just underway.

Just over a year ago I started this project. It feels good to finally be nearing the end of the playable narrative.

As you may have already seen, Manhacks are now in thanks to the Human Error Team (and thanks to CW3D for pointing me in that direction.) I've got a few more bits to tweak with these such as adding the ammunition into the game for the weapon and placing the hacks throughout chapters.

They are sure to make things a little more interesting in terms of the combat, and will help to give you that much needed edge in various situations.

Some more weapon tweaks are coming. I'm planning on changing a few things regarding the SMG and the AR2 to differentiate them more from the original Half-Life 2 feel. I want this to feel fresh and different whilst retaining the bond of the original canon.

During the week I took a brief break from mapping and programming to implement some texture enhancements for the snow. I've employed the $blendmodulatetexture function to update the displacement alpha mapping. It allows me to present the snowed up roads of City 10 in a grittier way rather than just have the snow fading into the pavement. 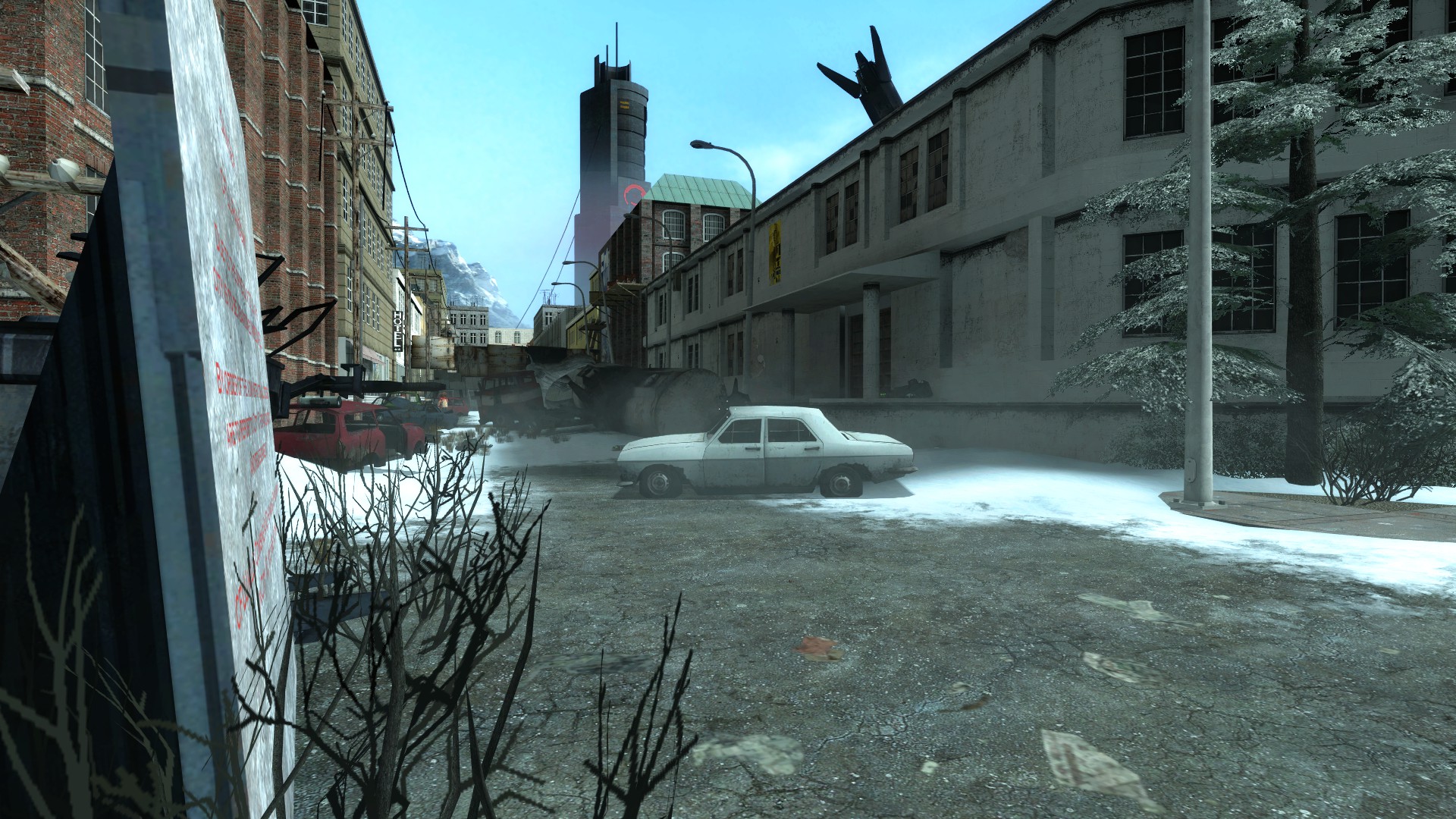 Lots more detailing to do though. See that green rooftop? It's fugly, and will be bought in line with the quality of the rest of the mod.

When I start running through my final detail pass I'll be publishing dumptruck loads of new screenshots to promote the mod.

Soon I'm going to start sharing with you the story I've written behind City 10. I'll explain how it came to be and what occurred leading up to the events of the mod.

That's all from me for now! Thanks for being such a great fanbase.

Ah, good to see this is still going very well! :D
Ik you just said you're onto the last playable map, but i kinda had an idea for making a possible boss fight thing with the vort which talks to you during that chapter.
Basically, he has the extract and turns into a purple vort like in ep1 and ep2. Does some cool things that you dont see from the normal vorts, etc etc. Just an idea thing i guess :P

As always, good luck with the mod! ;3

There will be a final fight which involves Vortigaunts and the Quantinode core.

Holy moly, this is looking amazing! This shows that HL2 can look good without the oversaturation of really unfitting stuff of Cinematic Mod!

as beautiful as it looks ,,,
but i cant .. just cant play without -- Iron sight --
just cant :/ just wished it had some of the Smod attributes...
(but thats me .. sure looks interesting mode -keep up dude!)

I'll be glad to play this once it's out.