Updated Story of Psysonic Omega. And there will be a future plan.

Hello everyone. It has been really while since the last update. A lot of bad things happen in the real world and we can only immerse ourselves into the virtual world. Whatever, let's firstly deep into a short story:

"Good afternoon, comrades, and welcome back to the Voice of Freedom, my name is Jasmin. Next, we have to broadcast an urgent message from Japan: Five minutes ago, there was an unprecedented explosion in Tokyo."

"Cameras from the outskirts of the city showed that the flames of the explosion ignited the sky above Ginza. You can also see the wreckage of the Kirov airships that are slowly falling. These airships were used by the Federation in the Far East to suppress the rebellion. Not long ago, a federal force was carrying out martial law and clearance missions. The number of casualties is still being counted, but according to local official media, at least 2,000 people died in the explosion. "

"Aerial video footage of the scene showed that before the explosion, strange blue and white light spots appeared in the sky. We do not yet know the cause of the explosion. However, after analyzing the characteristics of these light spots, the Alliance Military Research Institute considered it to be the new federal weapon Tailwind Missile tail flame ... ..." 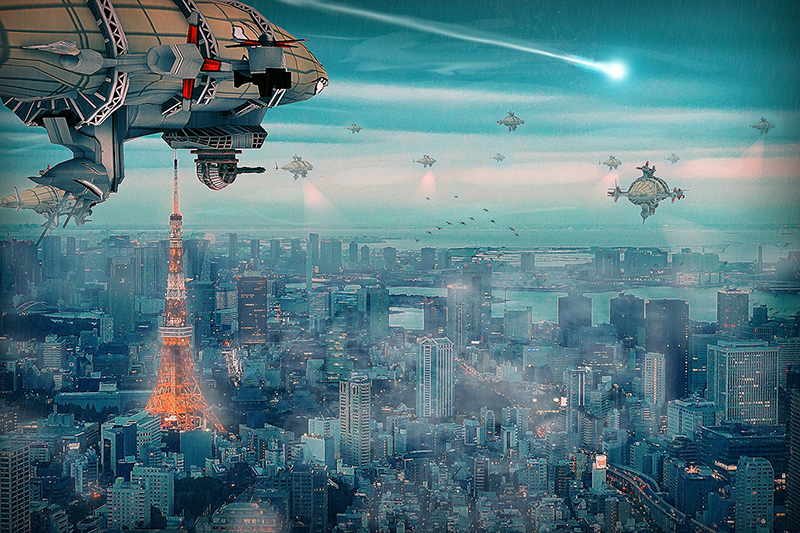 Yuria turned off the TV.

One hundred years ago, the Soviet Union was a country that belonged to workers; thirty years ago, she was a state of nobles; and the current Commonwealth of Sovereignty belongs only to the owner of that fat and bloated face, Prime Minister Romanov. In the military coup he launched when he took office, the Red Nobles who controlled the vital security bureaus and special forces stood in opposition to the people. Ironically, these shameful guys themselves are now in danger of being purged at any time. Therefore, Yuria decided to "help" them secretly: she controlled several important officials, and let them make a decision in a secret meeting to use force against the federal army to weaken the status of prime minister. So the self-assured group sent the most elite troops of the Federal Security Service to Japan and drove the group of evil spirits in green uniforms into hell with neutron bombs.

Now, the Imperial Military Commission composed of the royalists who support the old Empire and their troops have controlled Tokyo, declared the former martial law troops as rebels, and forcibly closed all the military bases on the island of Honshu. It is due to the mutiny of General Fukuyama, who was previously considered to be the most loyal to the Federation and influential among the royalists.

Facts have proved that the state system after the French Revolution is still dominated by very few people. It is very sufficient to control the minds of very few people to change the course of history.

At sunset, the huge airship that had floated above the city had turned into a burning steel skeleton and slowly fell towards the horizon. In the brilliant blue-violet spots of the wave cannon, the Tesla infantry, symbolizing the federal authority, fell one after another. The red-and-white sunburst flew over Tokyo again—but when the reactionary royalists thought they had won, a new storm was brewing.

Then, there comes the gameplay update. In this version, the Psychic Forces really step on the stage. Let's see what happened to the mecha troops: 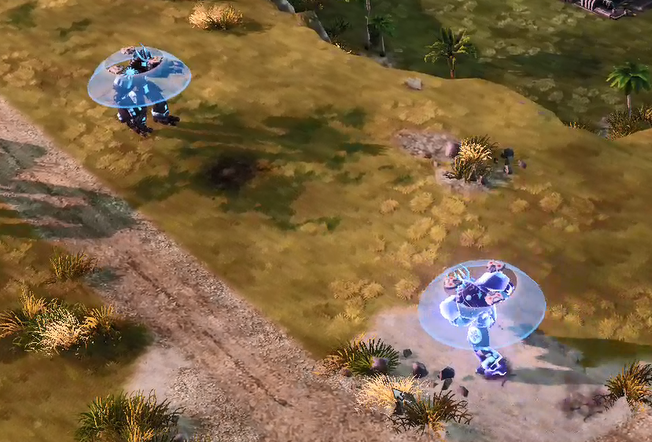 Now, both King Oni and Steel Ronin are protected by the Point Defense Drone at the beginning. The shield will slowly recover when taking damage, and it will fade after several minutes. And King Oni will receive 50% less damage when Bull Rushing. What's more, it can now also attack by his tough punches. But it makes King Oni more rare and expensive. You need at least 50% more resources to build one King Oni.

Next, let's talk about the enhancement concerning infantries: 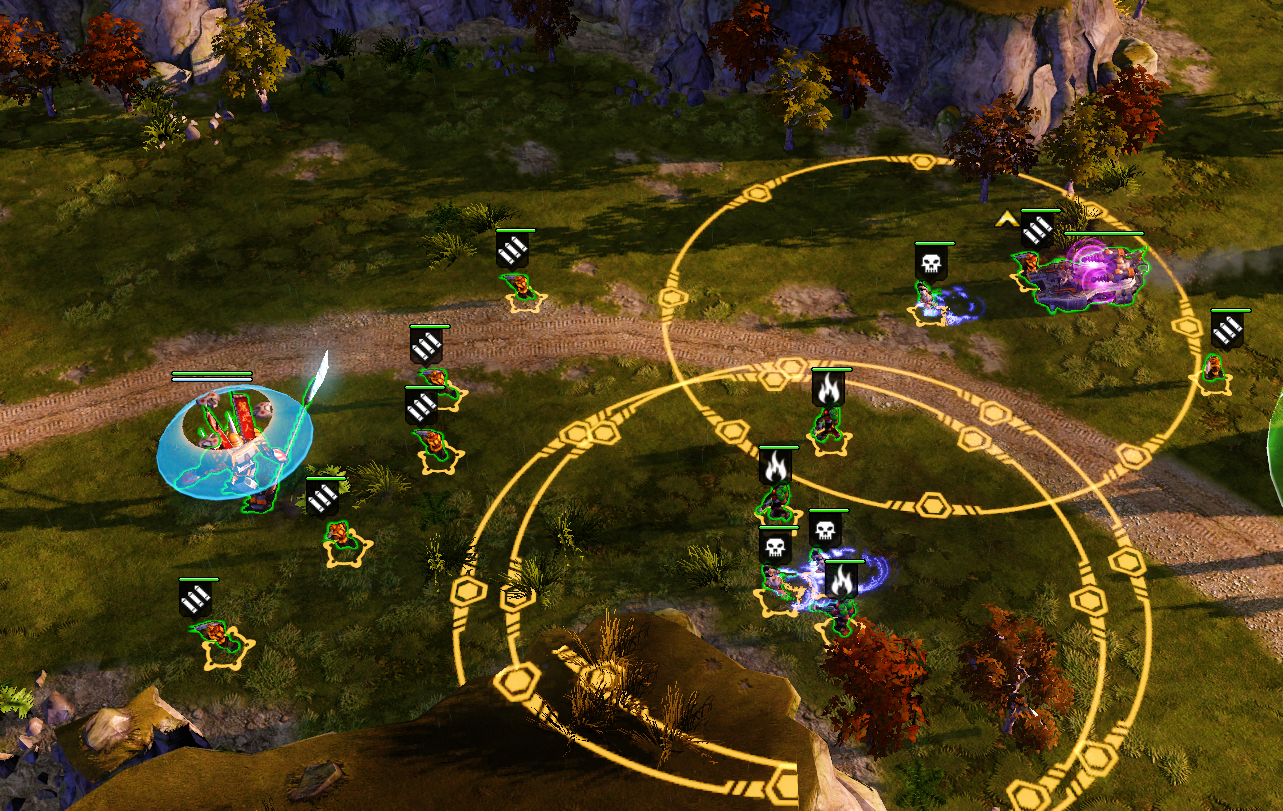 As you can see, Beta Yuriko can now give a buff to nearby allies infantries, explicitly promoting their attack range and rate of fire. It will be very helpful when the Psychic Forces attempt to defeat its enemies by infantry troops. 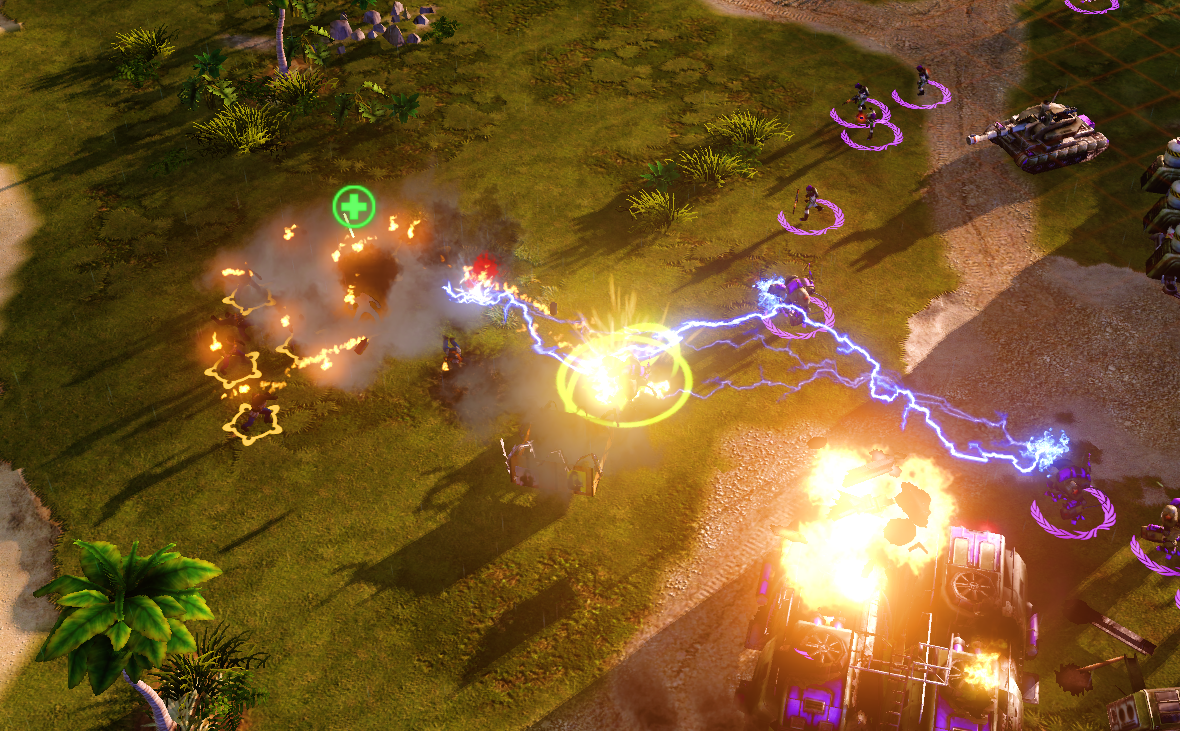 "These Rioters are storming our base!"

As you can see, the Psychic Forces are now capable to initiate a riot on every land of the battlefield. These rioters were loyal citizens of hostile countries, but they were "inspired" by Psychic Forces' outstanding "propaganda".Rioters use simple but deadly Molotov Cocktails to repel their subjects, causing great damage to the structures. And their deaths would greatly demoralize the Army for a while.

Finally, let's talk about the airborne troops of the Psychic Forces: 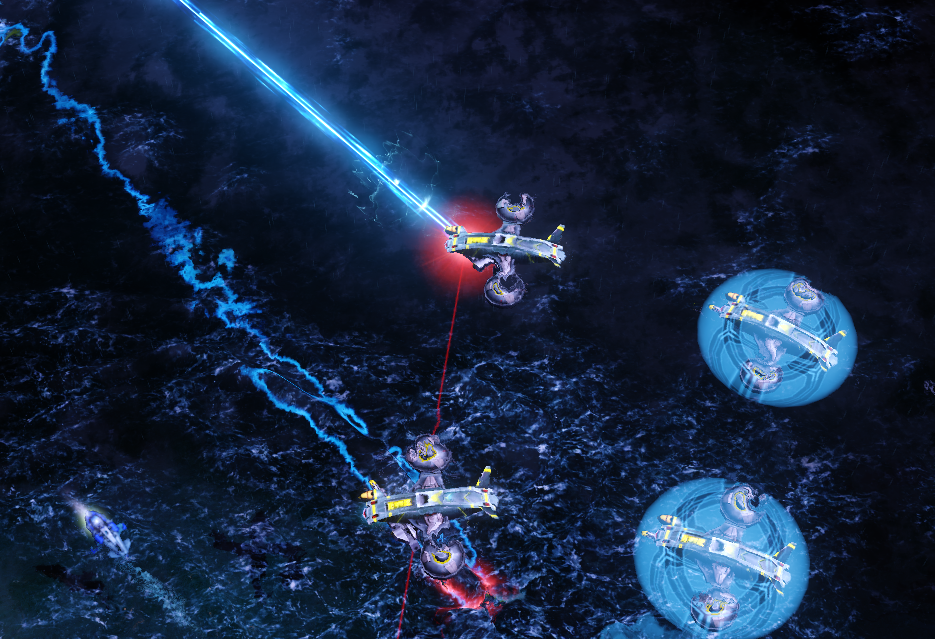 If the Kirov Airship symbolises terror and exploit, this aircraft that takes down the Kirovs is surely named as "Liberator". It is armed with a powerful long-range wave-force cannon that could accurately hit any airborne targets and a nano-shield generator. When taking damage, Liberator can partially transfer the energy of engines to the shield generator. It will explicitly decrease the received damage and velocity. 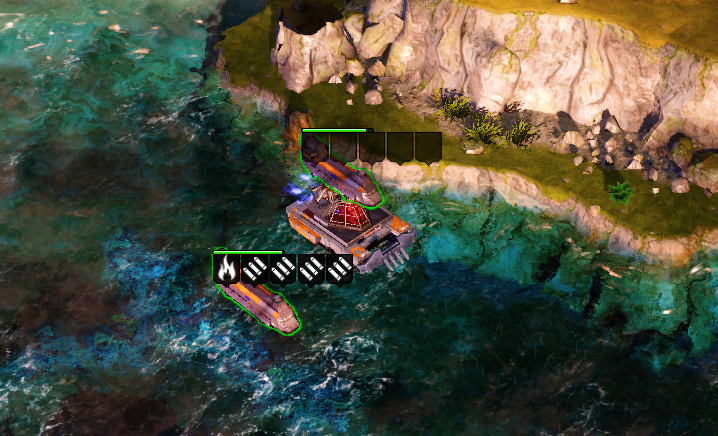 The Psychic Forces also have aero transport: the Otaka Helicopter. It is heavily armoured and able to safely transport vehicles or infantry troops to every corner of the battlefield. By carrying various nano-cores, this vehicle allows the Psychic Forces to expand the base much more rapidly than ever before.

Other units will be introduced in the side stories.

I am going to add several sub-factions for every main faction. This is a really far-reaching goal and I am even not sure the names of these factions. So, you know it is hard to pour every hour into the mod, and I really need somebody's help. Contact me if you are also interested in this mod. 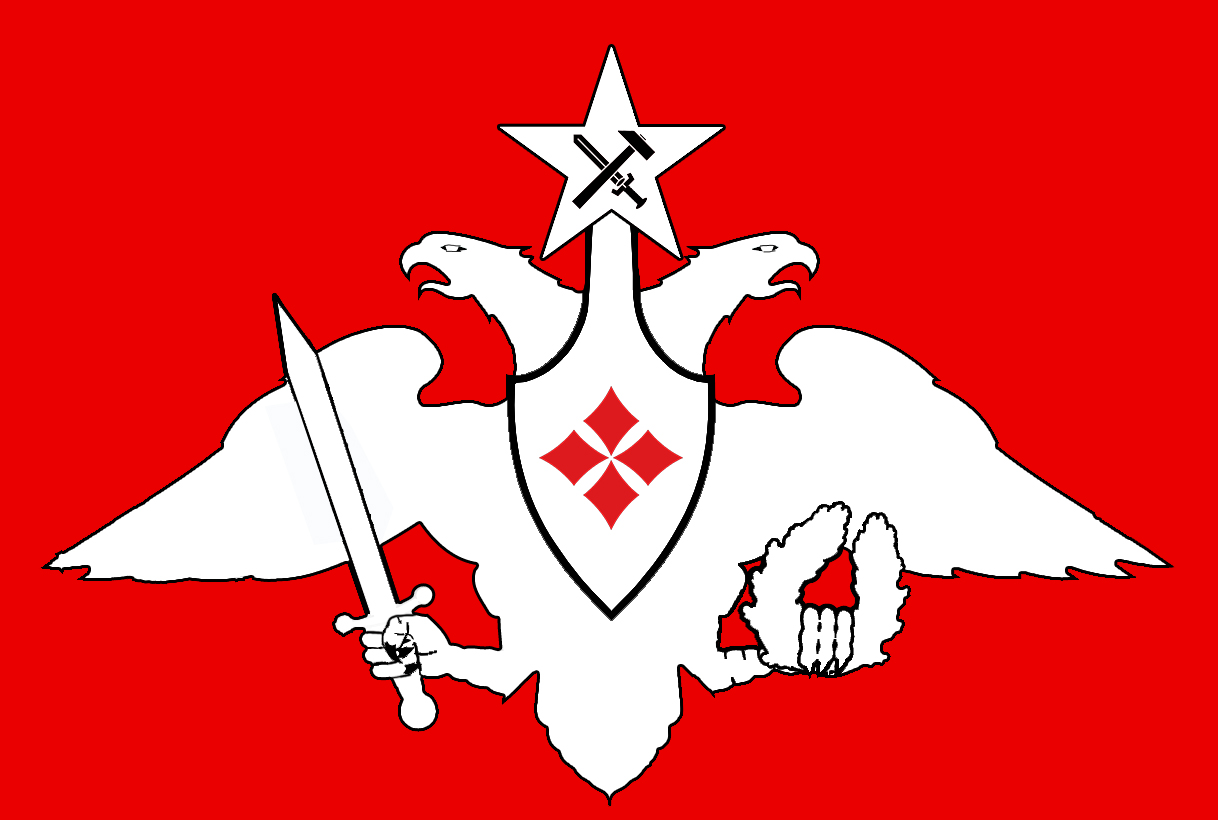 One of the sub-faction of COS is about the elite Commonwealth Airborne Forces at notorious General Nikita's command. This troop was the main force that helped Romanov initiate the coup and take the office. Different from the numerous regular Commonwealth troops, Nikita's men are not only experienced soldiers but enthusiastic and loyal partisans of National Bolshevism. As Premier Romanov had promised that he would "root out" capitalism unfairness but the reality is going to the opposition, these men shall make their own choices. 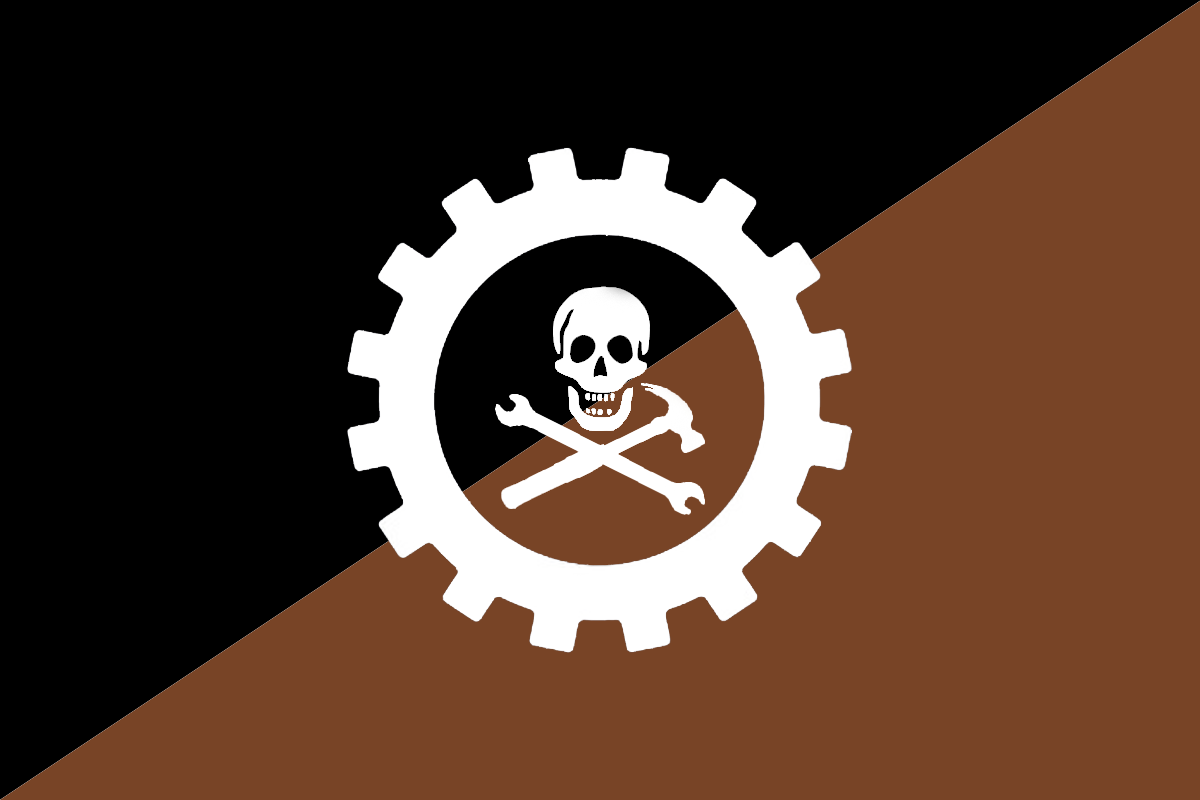 Another possible sub-faction is the Norse Union of Alliance de Commune, a military-industrial complex formed by accelerationists, radical scientists and ex-future-tech members. They believe that technology is the only key factor that makes social progress in the long term. Hence it is necessary to focus on scientific research at present to make the world run faster such that the loss of progress is minimized. They own the most advanced but costly troops in the game.

looks good I like the development of the world

the norse union could maybe be named Ragnarök

Oh really! Thanks a lot! We probably need some helping hands here, since we’re all quite busy