Stefano here with a brand new update! There is a bunch of new cool stuff, new sprites, and even new python scripts! So let me throw at you the timelapse videos and the changelog first, so we can let's dive in the changes right after! 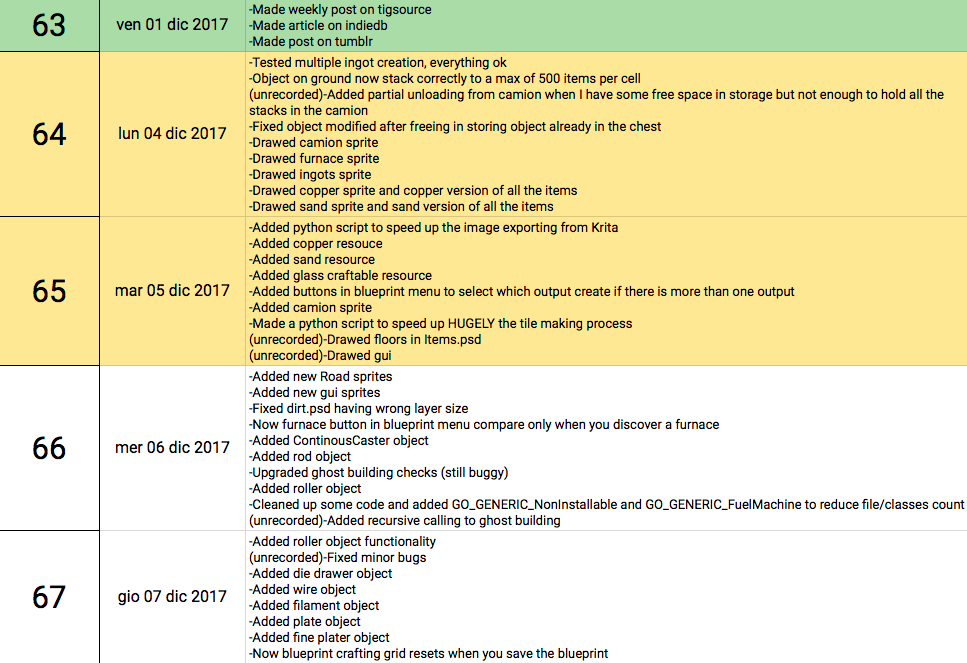 The first thing that we can see in this week's update is that some sprites have been changed and some have been added. In the specific I changed for the third time already the terrain tiles (still not satisfied with that) and the road sprites (previously were only placeholders anyway). The camion sprite has been added and I'm very happy about how it looks. The furnace now has a sprite too, mixed feelings about that. This week I also added a lot of new objects and few more material types so I added sprites even for those. Lastly I added sprites to the gui windows too, and I'm very very happy how those looks because are simple but effective. 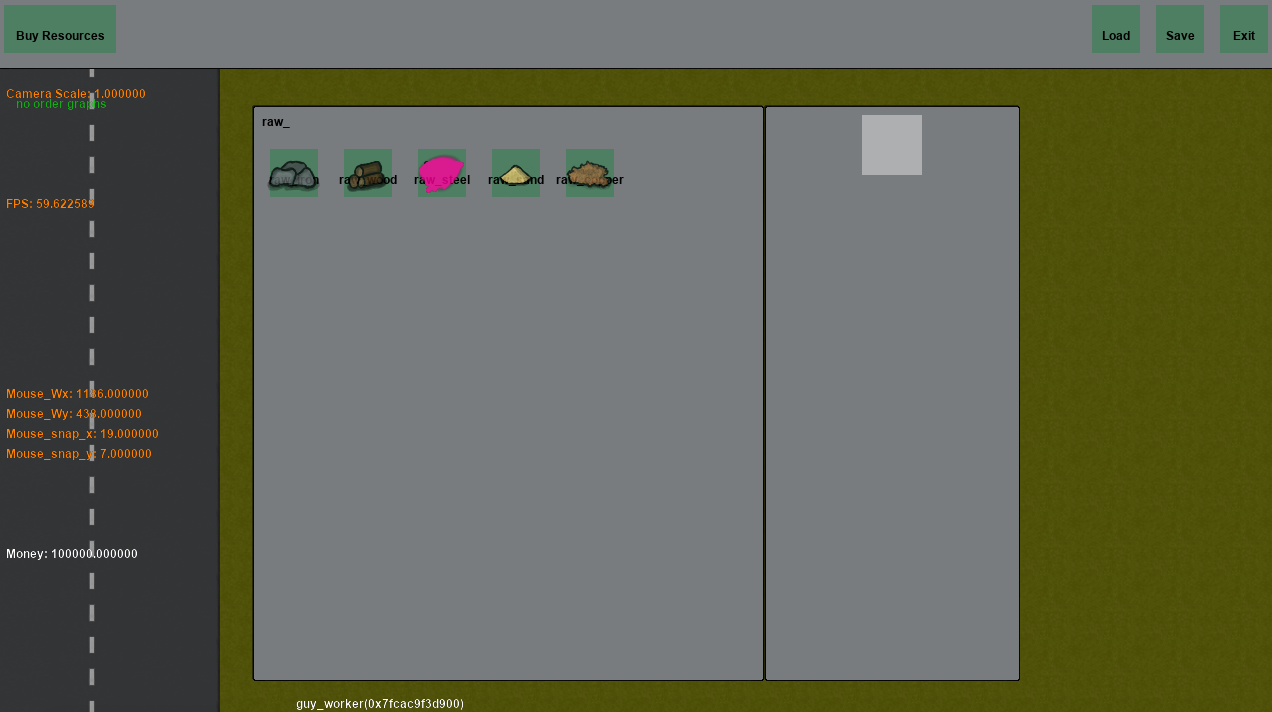 The art side of the game keeps getting more and more complex to manage. In fact every time I add a new object I have to draw every materials variants for it, and everytime I add a new material I have to draw all the objects with that material to keep everything updated. So, I'm still thinking a way to automate a little the creation process of that thing, but for now that is all manual work. What I did automate is the exporting process to all the different sprite to load into the game. I work with Krita and Gimp to create the sprites for the game and previously I drawed everything in a generic .kra file (like a .psd) with different layers, and when I needed to export that drawing I had to crop the image into a 64x64 containing that sprite, export as a .png, name it as the resource it represent, undo the cropping, and repeat that process for every sprite. That work was so tedious and slow that forced me to learn python and create a script capable of speed up that thing... And that surprisingly was super easy! Now what I have is a .kra file with many layers and layer groups. Each layer group hold a item type (like block, wall, furnace, ecc) and in each group there are different layers: one for the black borders of the item(named "b"), one for the shading of that item(named "s"), and N layers one for every material in the game(named "ci" for iron, "cs" for sand, "cc" for copper, etc...).

I then save that file as a .psd and the python script parse all that and create all the different images by saving for each group the border and shade layer, merging them together, and merge that with the different materials layer. In this way the script can generate and save automatically all the images with the correct names saving me a lot of time.

Other than that I also created a python script to speed up the terrain making process by creating 1 image made of 48 different tiles starting from just one .psd file with 4 layers.

Two new materials are now available: copper and sand. I added specifically this two materials because I wanted to prepare the road to have the first complex item which is a lamp, made with a light bulb, which is made by copper filaments and glass. 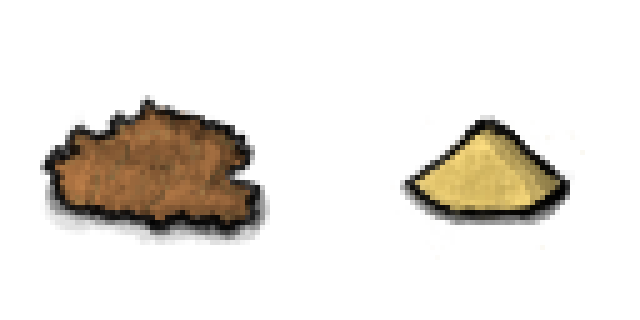 To be able to create those filaments the guys will have to go through a pretty complex processing path: 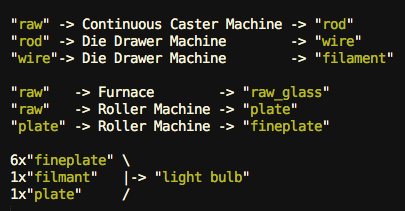 All those new items and machines as been added this week in the game.