Stefano here, and this is the fourth Project_BuildTutto Update! As always, lot of progress this weeks so here you have the timelapses:

Here is the changelog of this week: 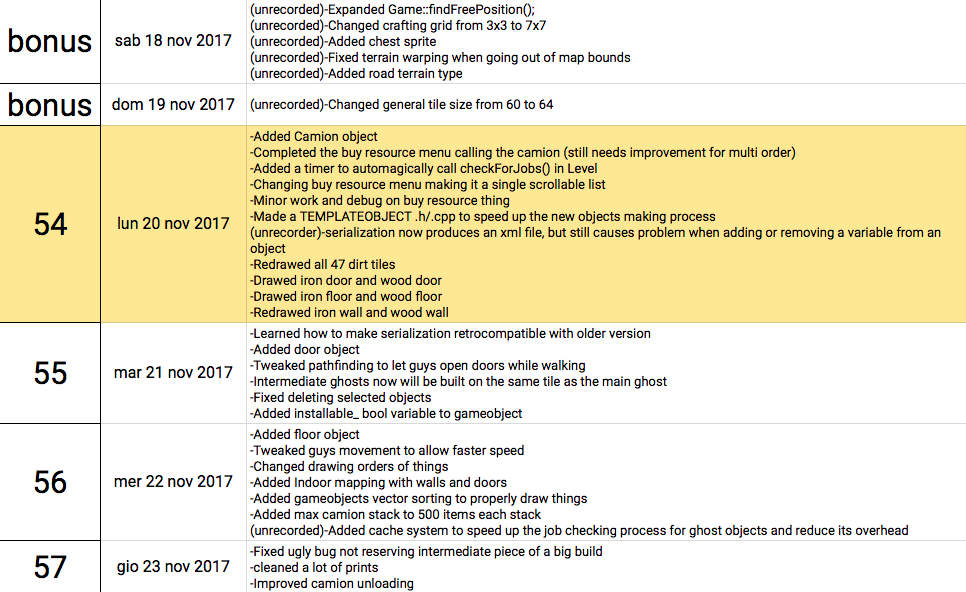 Last week I wrote about the buy resource menu, but this week I was able to finish it including all the functionality and being able to finally buy some resources!

I reworked the layout of the menu because previous one didn't support multiple items order enough. Now you have a single menu with a scrollable list of items, and on the side of each one you have the controls to input how many of them you want to buy.

With the buy resource menu in place I was able to add a road to place trucks that will carry all the items you buy. The trucks behavior right now is pretty simple:

Each truck will be able to carry 4 stacks of 500 items for a total maximum of 2000 items. If your order is greater than that there will be more than one trucks waiting in a queue.

NB: obviously both roads and trucks sprites are temporary, next week I should be able to work on that.

Walls without doors are pretty much useless if you want to build buildings, so I finally added them. Now you are able to build a somewhat decent structure complete of all the comforts!

Doors currently automatically open up when a guy has to pass through with no slows down for him, but the plan is to add an open/close time based on the weight of the material you used to build the door.

To do that I used a floodfill algorithm on the 2D matrix used to track down all the solid objects currently in the game.

This feature right now has no real impact on the game, but it will be extremely useful when I'll have to implement the light system and the room designation system.

This was a minor change because thanks to some good planned code I only had to change the parameter passed to the constructor function and everything worked out correctly.

But with this change I plan to expand the complexity of the build patterns to allow the construction of bigger and more detailed object.

I usually don't write about optimizations or fixes here but I'm particularly proud of this one so here you have it.

When I was testing the scene showed in the image below, I noticed that the controller object, that has to do all the checking to see if a ghost object can be built or not, was taking significant amount of processing time. Then I saw that for each ghost object I was calculating a lot of things because I had to fall back recursively to its building parts, and if I had no building parts available I also checked if I could build those.
There was clearly a lot of work to be done for each ghost, but the main problem was that if it wasn't able to build the first wall, it was useless to check for all the other walls, because those were exactly the same as the previous one. 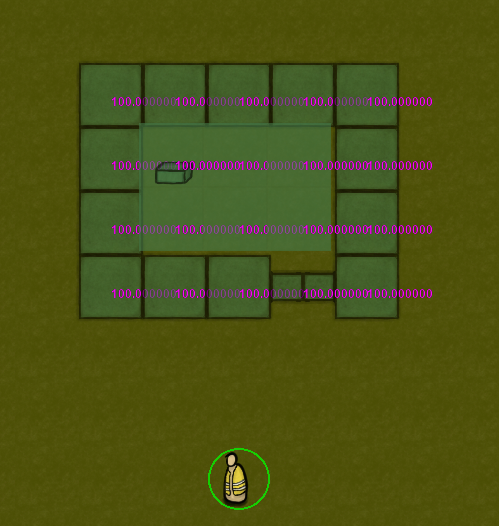 So, I added a cache-like system to save all the items that I for sure can't build in that frame and it works approximately like this: 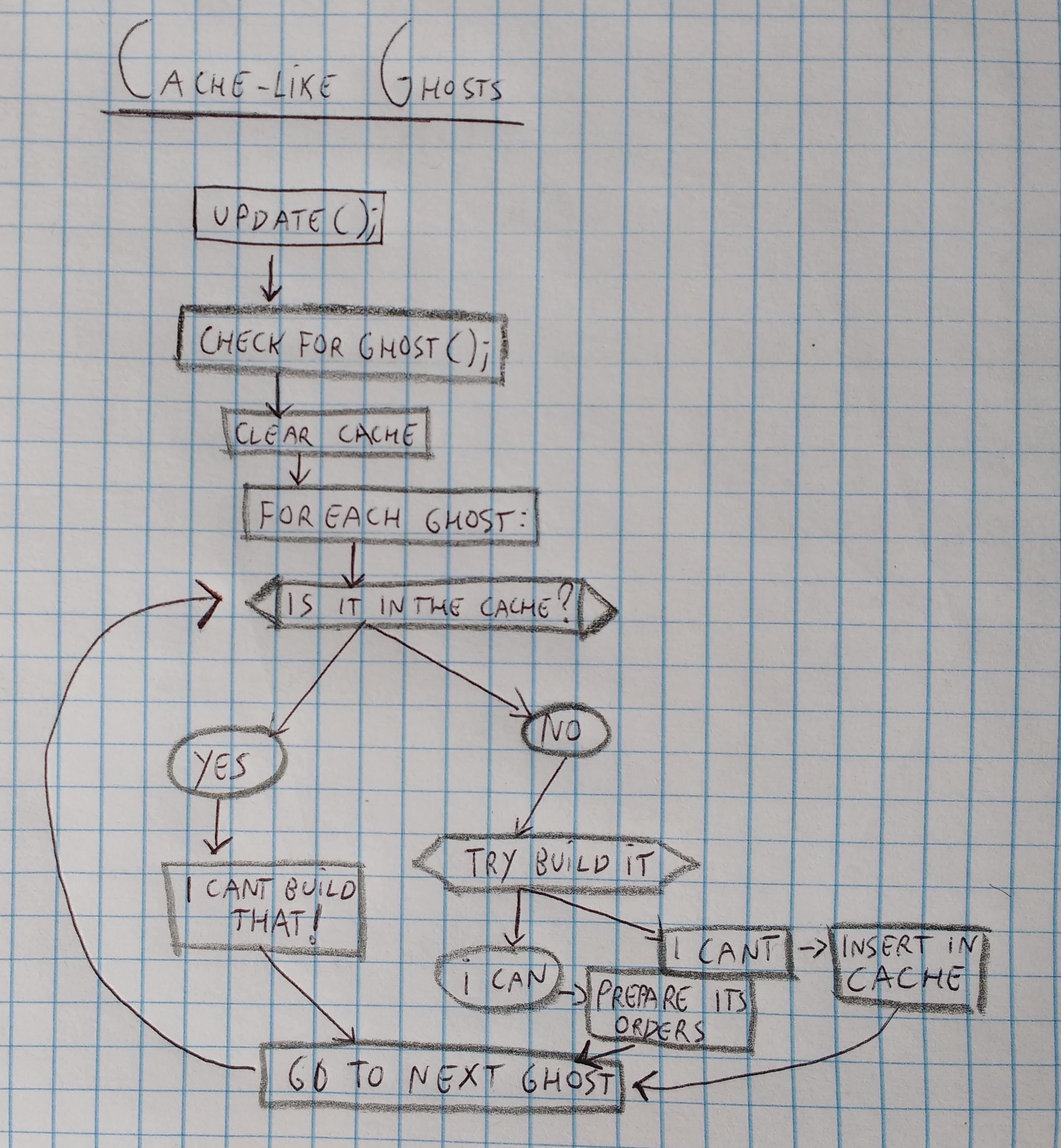