Some pictures, some goodies and some problems. A showroom will be up soon, I just need to fix a few issues first.

Right, I'm back in the game and immediately I run into another issue. The asteroids at Gehenna are a mess. they don't work with the shaderprograms and are giving me problems that I can't give a reason for. I know what it does, I just don't know what to do about it yet, short of retexturing them.

This is the best I could do by moving some materials around, but that is not right in anycase. 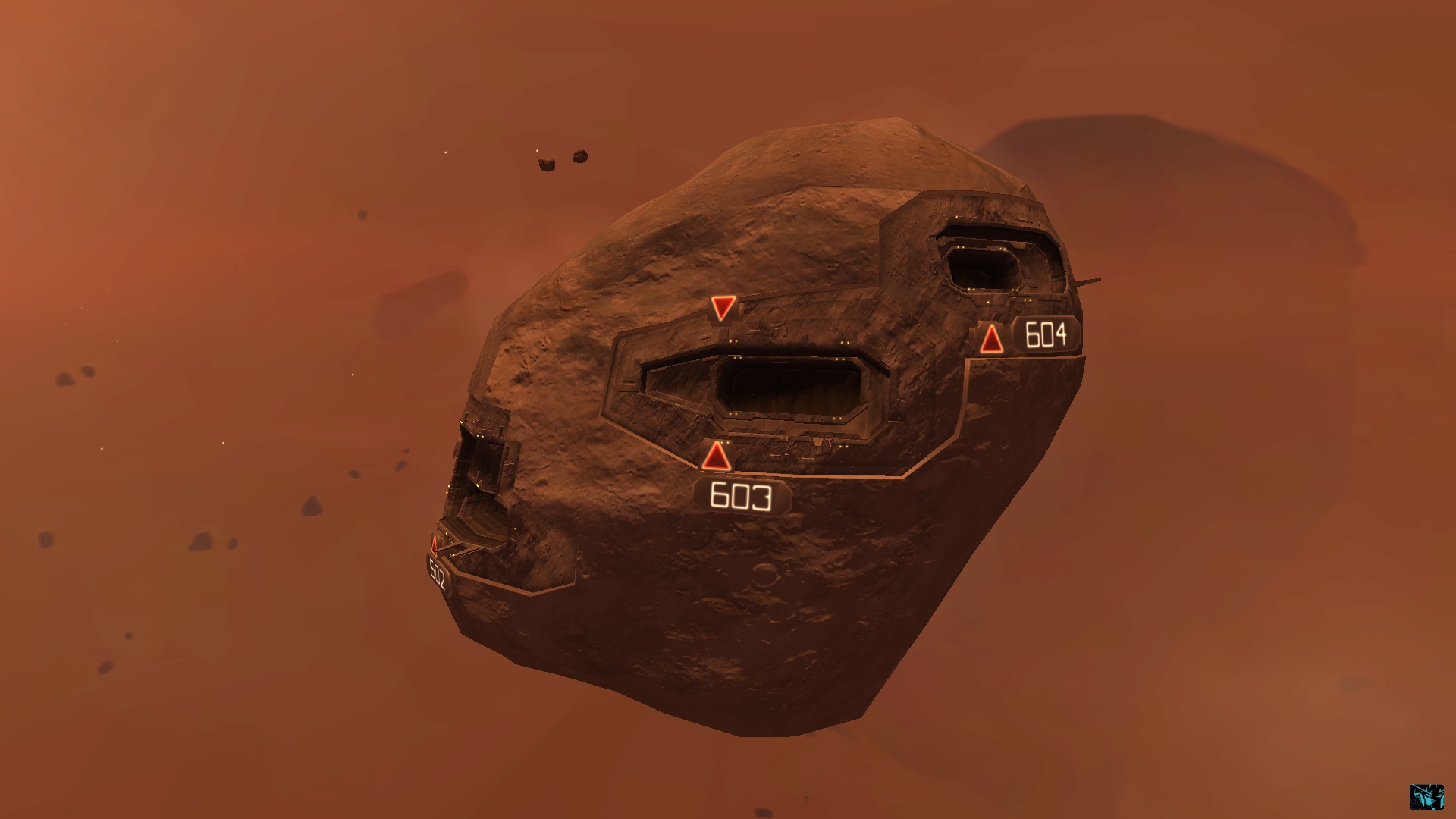 I think I will retexture them after all. To some extent at least.

You may have noticed that I got my hands on fraps and posted some videos. The first one I posted is the intro cutscene where the Pride of Hiigara is launched. The second is where I show you the bug I'm getting. I'm still getting that on both my computers and still no joy in resolving it. Rolling with it.

Some of you have been asking about light effects cast by weapons and explosions, and I will post pictures and a video showing it off. I haven't gotten round to adding effects to things that might need them, the megaliths are my priority right now. Just know that light is cast by various sources onto surrounding ships and surfaces.

I have also been experimenting with some engine trails, adding new effects, making them shorter, brighter engine burns, not sure about which effect I will go with so I'll see what you guys think.
I will be changing them though, the stock ones are simply too boring.

I'm also thinking about changing the glow meshes on the engines of larger vessels to burns, the glows just look ridiculous. This game needs Homeworld 1 atmosphere, not its technology.

I have appointed an adjudicator for my work. If you have an issue with my work, drop a comment at the ship in question, give a GOOD reasoned argument and if she agrees I will adapt it. This is relevant because I will start to run a showroom type of thing in the next week or so, showcasing every ship on its own and there you will be able to praise or hate, or give reasoned arguments if you want it to change. Please post opinions on specific ships at their specific pictures.

If you do have opinions on general things, keep them to the summary page please, or post them with sajuuk at the back so I don't have to read them :p Comments relating to general things on ship picture pages will be deleted if it does not concern the relevant ship. It is just easier to work out what needs to be done that way.

Also, I am not notified when someone posts on a picture, I have to go through them to see messages.
So if I do take a while to respond (if I deem it worthy) it is most likely because I didn't know about the message.

Now I wonder how many will actually have read this, but I guess I will see soon enough. Patience for a little while longer gentlepeoples, I will post pictures and videos as I get the chance.

Have a good one.

Great trail mods are all here, I hope you can get permission from the author great and amazing stuff. I especially like the afterburner look, Would go great with the nice gritty military style you have going.

Yeah I have those... I would prefer to use my own for a release, and it seems to be no big deal, you should be able to add any you prefer even in multiplayer. I just played a game where they did not display correctly because they were missing or something.

thanks for posting the intro by the way, looks great!

Man, to worry about one object's texture....for what it's worth, I wouldn't consider it compromising the project. Thanks for all your hard work, it already looks like an entire new game, cannot wait to see where it goes from here!

Dude. Looks like a new game. This could breath some much needed life and interest in Homeworld. Heck, this is the kind of thing to get people excited for Homeworld 3. I'll be checking back daily to see what you are coming up with. Excellent work.