After playing our game, we noticed it was not fun to play. The past couple of weeks, we worked on making our game fun again. Check the article to find a link to our latest (free) build.

After playing our game, we noticed it was not fun to play. The past couple of weeks, we worked on making our game fun again.

The past couple of weeks were some tough times for our project. We noticed our game wasn’t fun anymore. After lots of thinking, talking and brainstorming, we hopefully found the root of the problem and started addressing them. The result is our latest build which can be found here.

Realising our game was not fun

After releasing our first public build, we came together to playtest our game. We noticed something was very wrong when we didn’t want to play anymore after a single short playthrough.

The combat didn’t require any strategic thinking, you could just spam the same move over and over again. Because we removed a lot of the type resistances, just spamming your strongest move became the most viable strategy. This meant that we would mostly avoid fights, as it felt like a mind numbing chore.

Realising the game wasn’t fun was extremely demotivating for us. We discussed about what we could do to fix this or if a roguelike with JRPG combat was just inherently doomed to fail. We tried playtesting some different combat systems with pen and paper, but changing our combat system would change the game drastically. We would have to scrap a lot of our code and write a lot of new code. This would be fine and all, but we didn’t even know if this was really the root of the issue, especially since in some previous development builds, the combat required more strategic thinking, which made it a lot more fun than it is now. 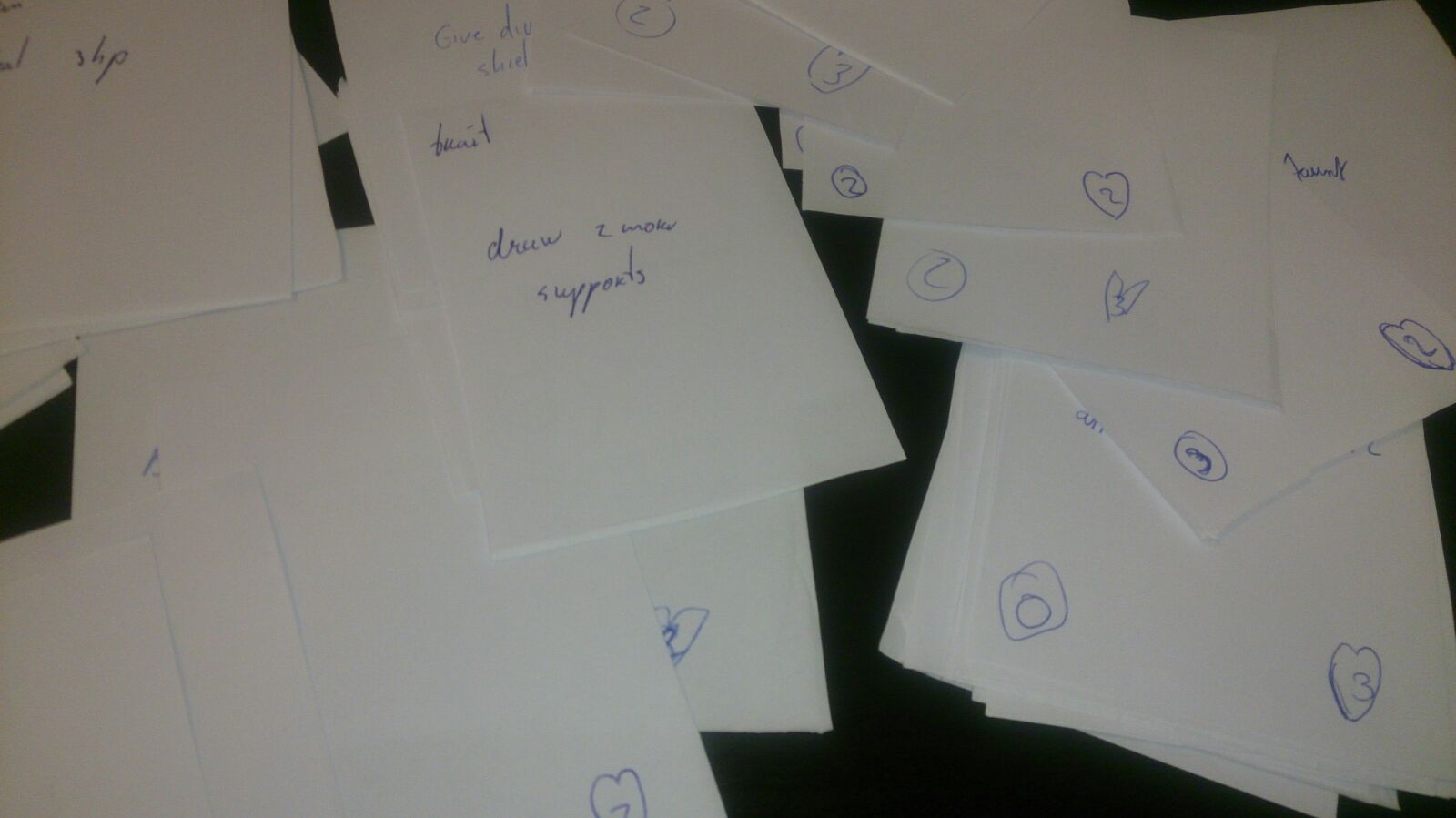 Here we tried a Hearthstone like combat system with some crappy hand made cards. 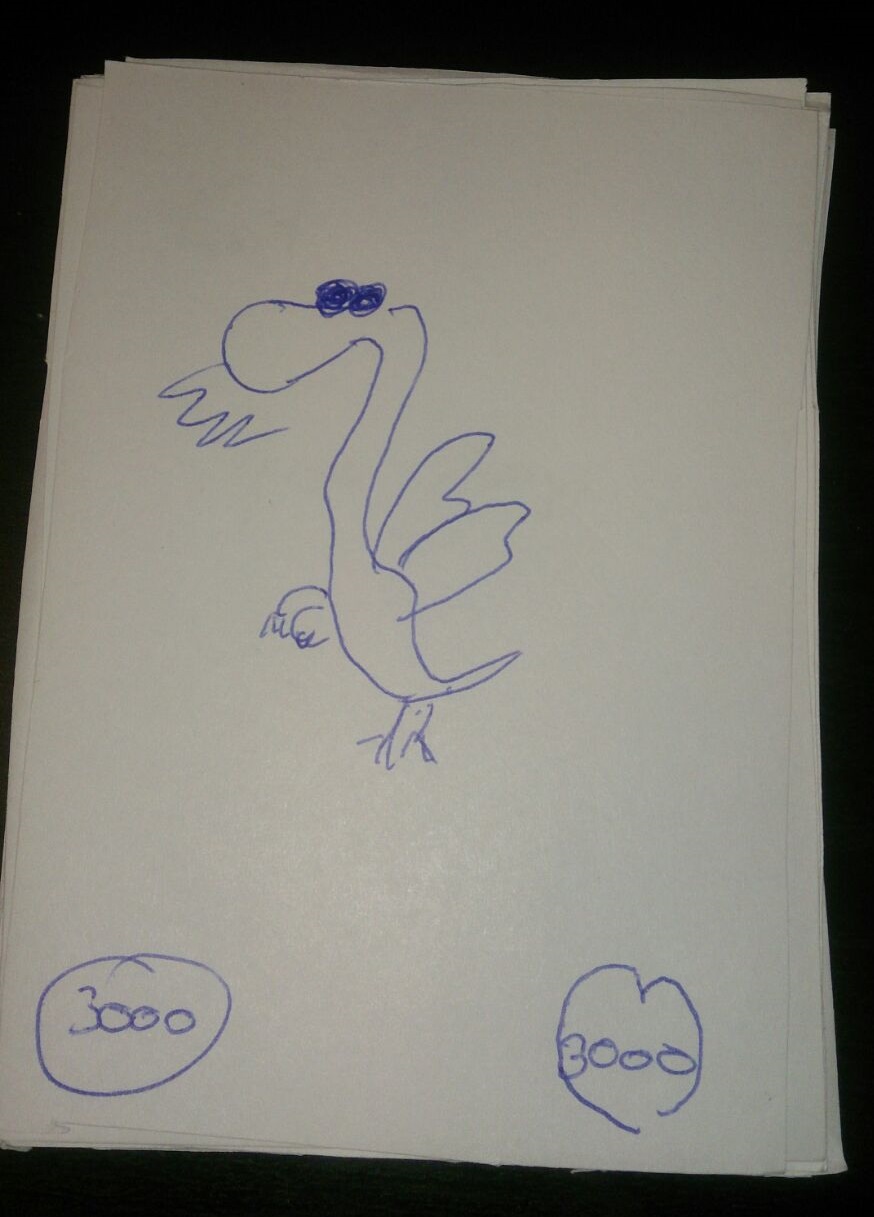 (which i gave some more health).

After discussing our issue with a friend, we got some fresh insight into the problem. The root of the problem probably wasn’t the combat system(although we still reintroduced type resistances and a lot of other minor tweaks), but instead was that the player is not rewarded for anything he/she did. The player also didn’t have to make any choices, since everything was decided by the random number generator.

After each floor, the player will now get teleported to a shop. Here the player can heal his demons and buy abilities, items and skills. We also added a currency, Demonic Essence, to be able to pay for all of this. Each defeated demon gives the player Demonic Essence, this gives the player an extra reward for fighting enemies. The shop allows players to make some very cool decisions, for example: should you buy that useful ability, but risk having not enough potions to survive the next floor? 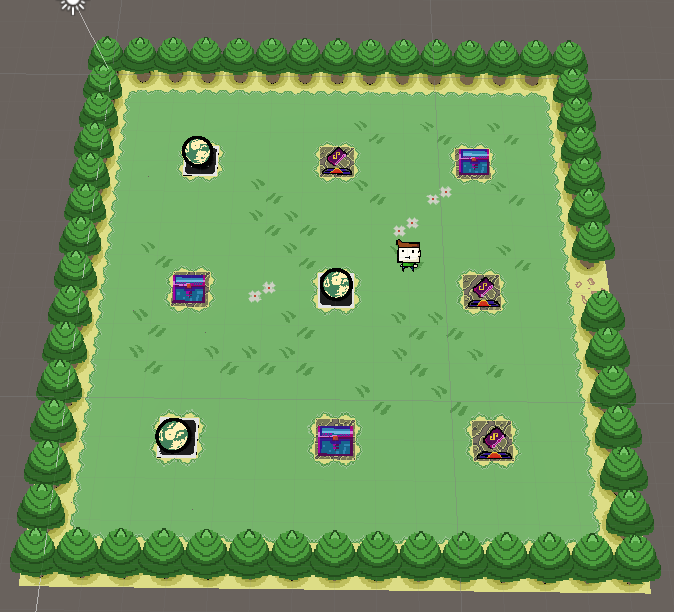 A shop room, the visuals are still placeholders, but it works for now. 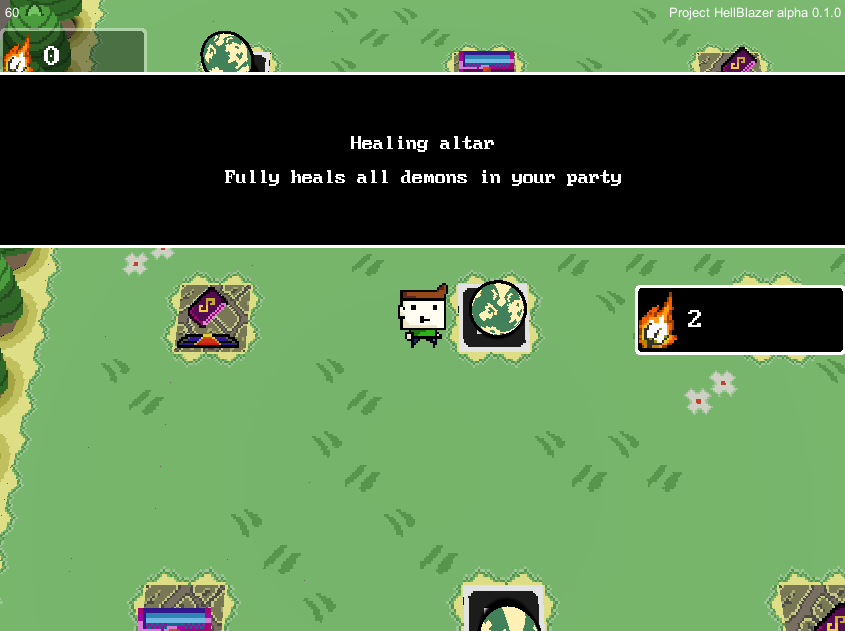 We updated the UI to also indicate how much Demonic Essence something is going to cost.

Implementing the shop was more difficult than it should have been. For some reason Unity wouldn’t pack our textures correctly. It distorted textures of some random tiles which resulted a lot of weird black lines. 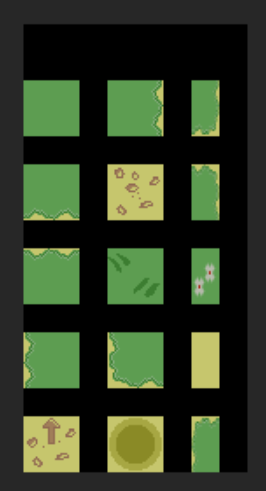 This was the packed texture unity generated, notice the weird distorted tile textures on the right. 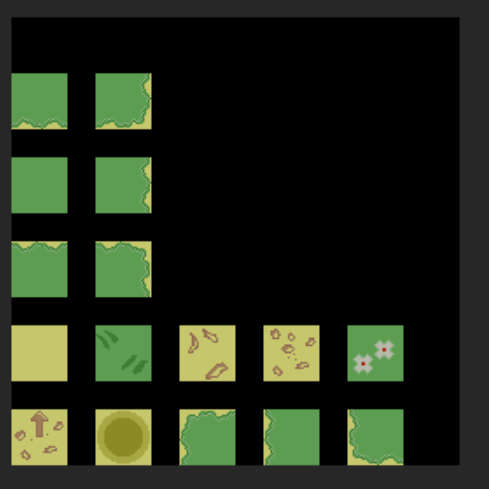 After some hard digging we eventually got correctly packed textures like this,

which meant we no longer had those weird black lines!

New way of getting demons

We originally had a catch system like Pokémon, you could catch new demons by using pacts (similar to Pokéballs). This didn’t seem to work quite as well in our game, so we changed it to a demon altar. At each floor, there will be a room with a demon altar. You pay some Demonic Essence at this altar to get a random demon. You can keep it or you can pay some more to reroll it to perhaps get a better demon. This forces the player to play with demons he or she normally wouldn’t use. This also rewards the player for fighting enemies, because you would have to collect some Demonic Essence to be able to use the demon altar. 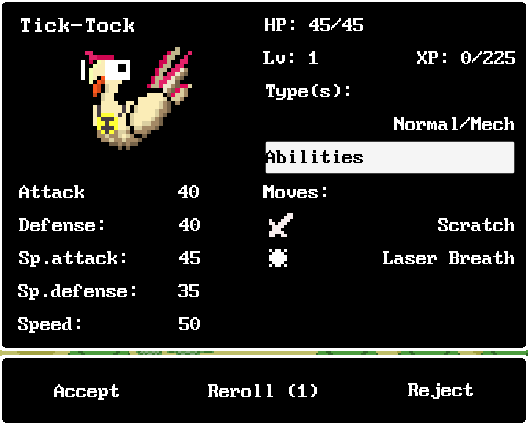 The demon altar UI, you can see everything about the demon and choose to keep him,

to reroll or to come back later.

A new build of version 0.2.0, containing these new features, will be available on GameJolt. As always we would love to hear your feedback and ideas!

i can't download the demo, it says "There should be '0.2.0_Data'
folder next to the executable."

I had similar problems with my game and it really sucks thinking your game fails at the most essential thing, i'm glad you could solve it!

Sorry for the late reply! We accidentally only uploaded our game's executable without the data folder, instead of the zip file containing both our executable and data. We fixed this in a later upload.