Our third progress update, we finished working on a new level!

Our last progress update landed in the top 20 on indiedb, which was pretty cool. We’ve been pretty silent since then though. The last month and a half we’ve been working on some small issues in the game and tried to create a new level. The issue we have is that we don’t have a lot of free time to work on this game, but that is all going to change. The coming 7 weeks there will be no lectures at university meaning we will have a lot of time on our hands to write code and finally deliver a demo.

Currently the game’s world is pretty boring, unlike other cool classic RPGs like Lufia and Pok’émon, HellBlazer has no diversity in levels. So we decided to use the little time we had to create some variety. We’ve added a cool new forest level, inspired by Viridian Forest. The art was done pretty quick and creating forest maps was surprisingly simple. The only problems was that we had to create a model for the trees, as you can see we cheated a bit. 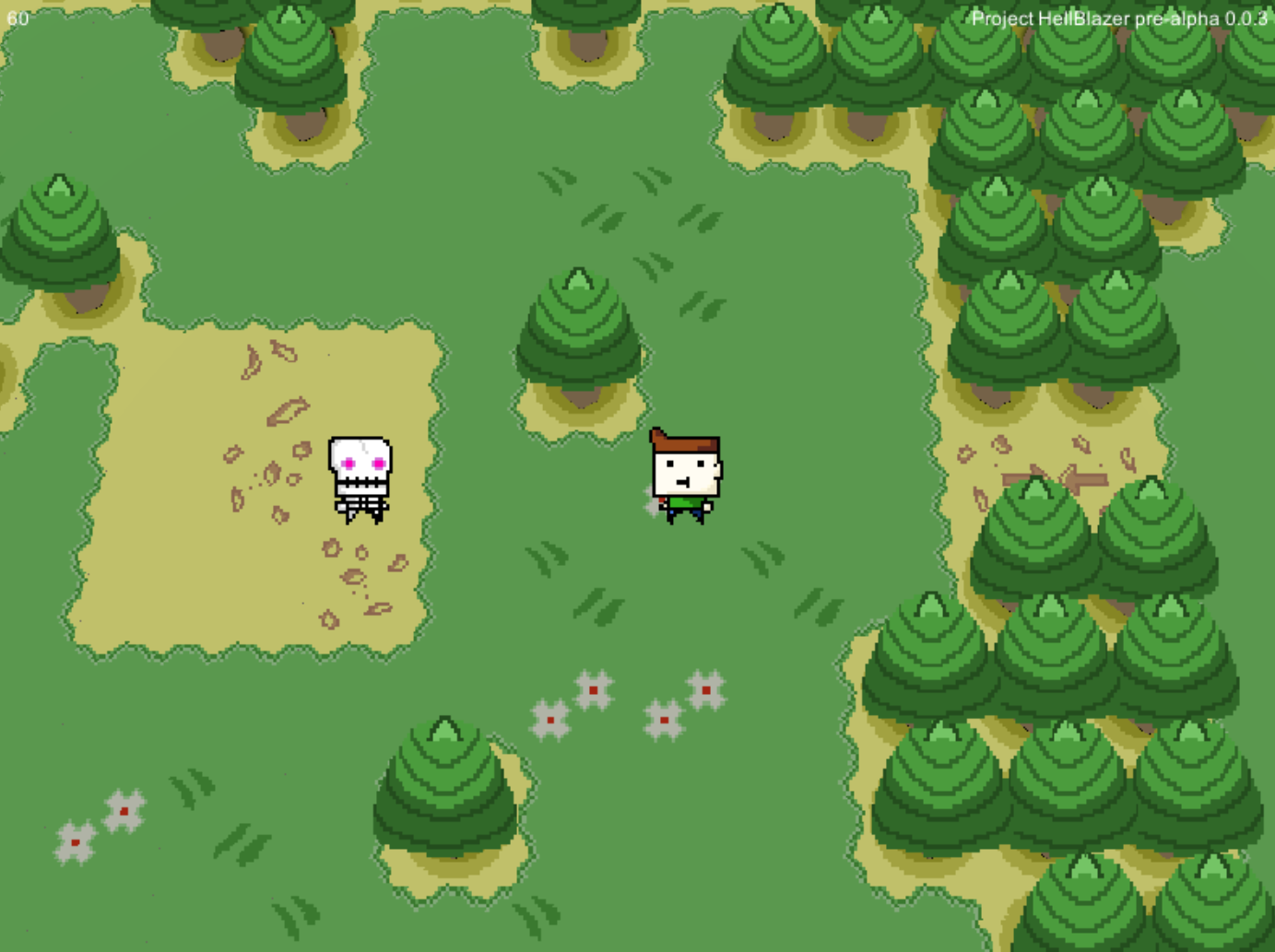 We’re pleased with how well the trees work 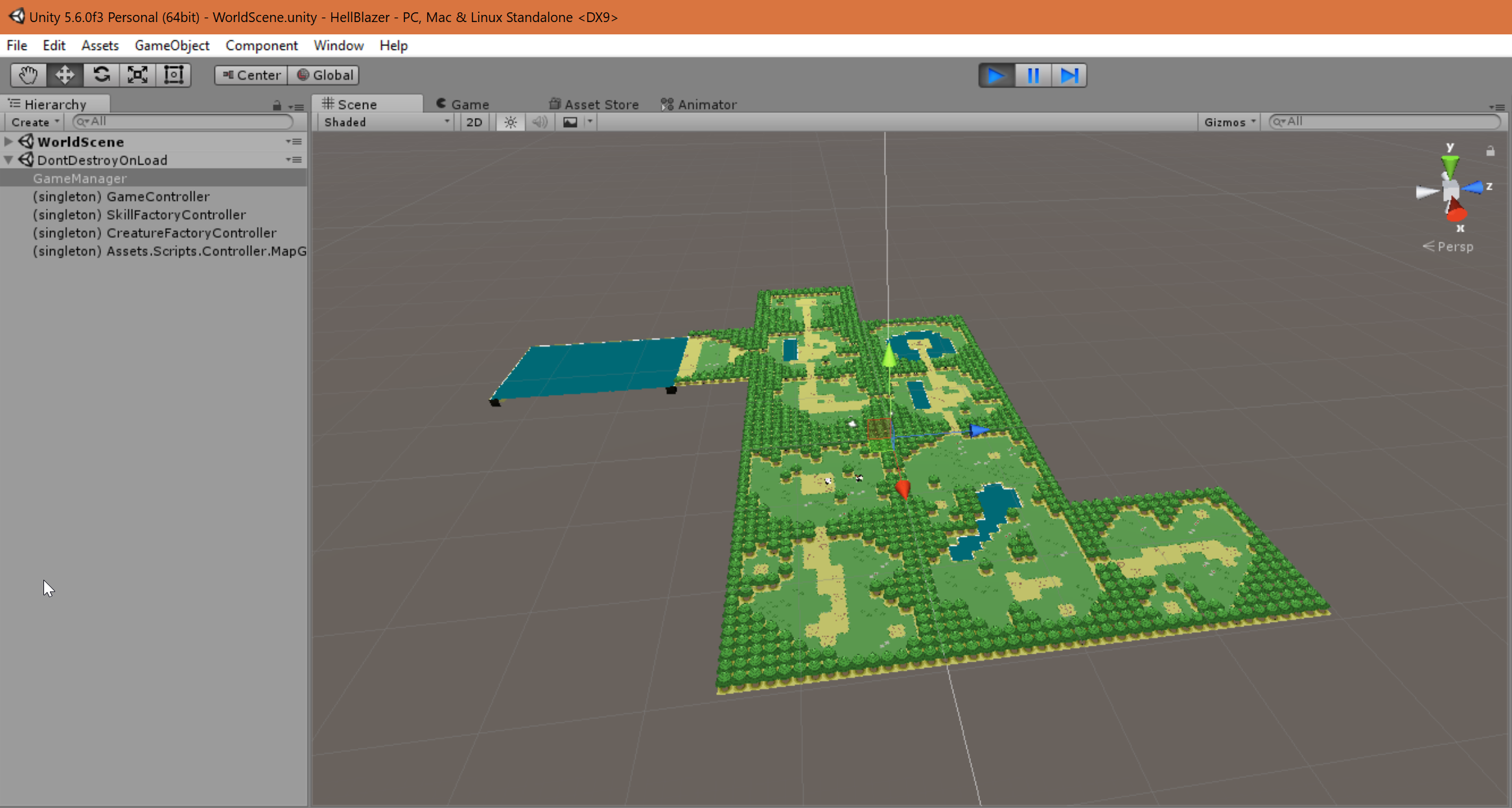 Topdown view of a forest level 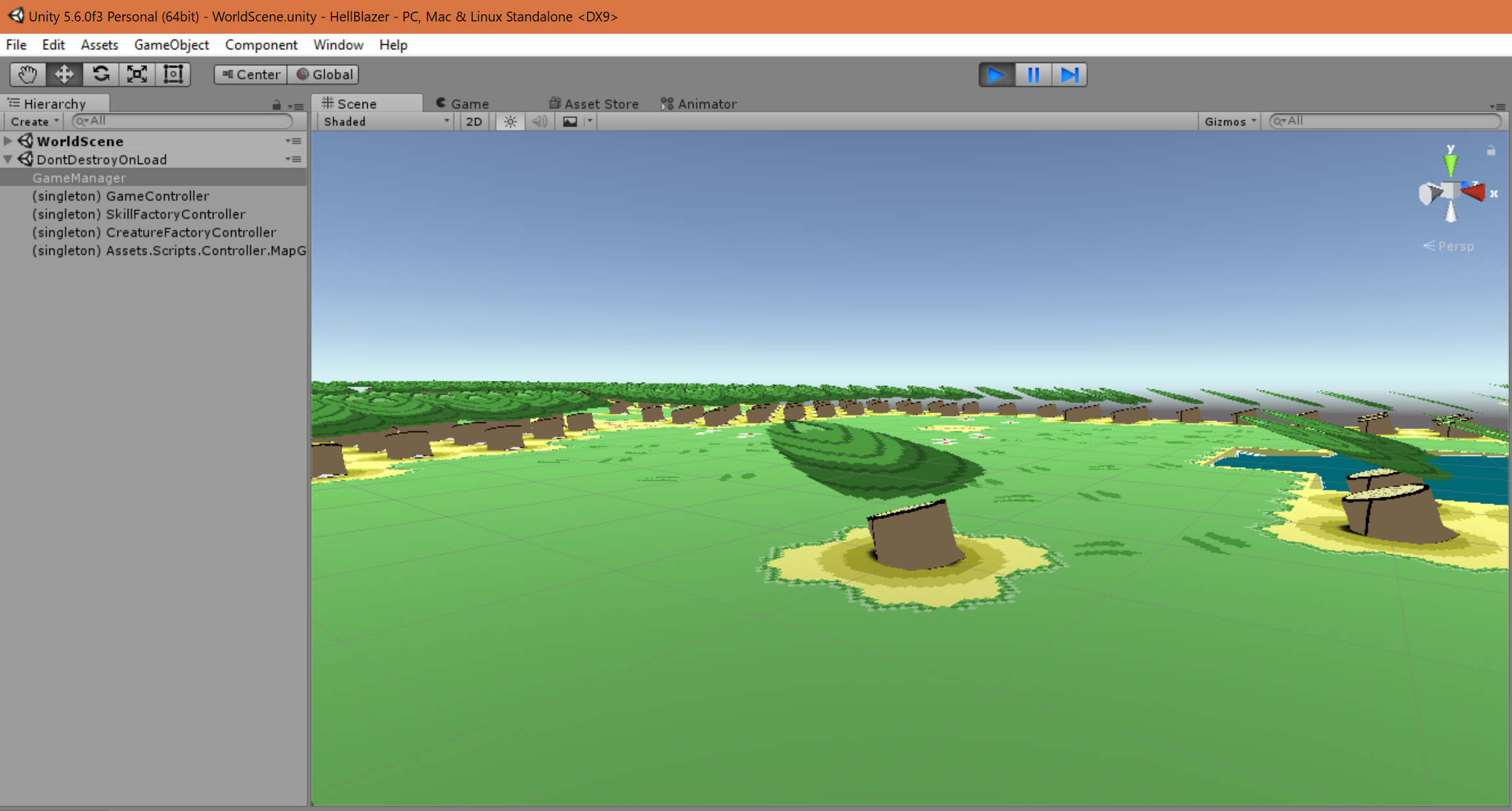 It’s all a matter of perspective

We simply created a low poly tree stump and put a sprite of the leaves on top of that. It works pretty well and is an easy way to create assets. Making the trees work with our framework of combining meshes, proved to give us some challenges, apparently unity does not like meshes with more than 65535 vertices. Luckily the issue could be fixed in an hour or so, and our framework has been yet again been improved. 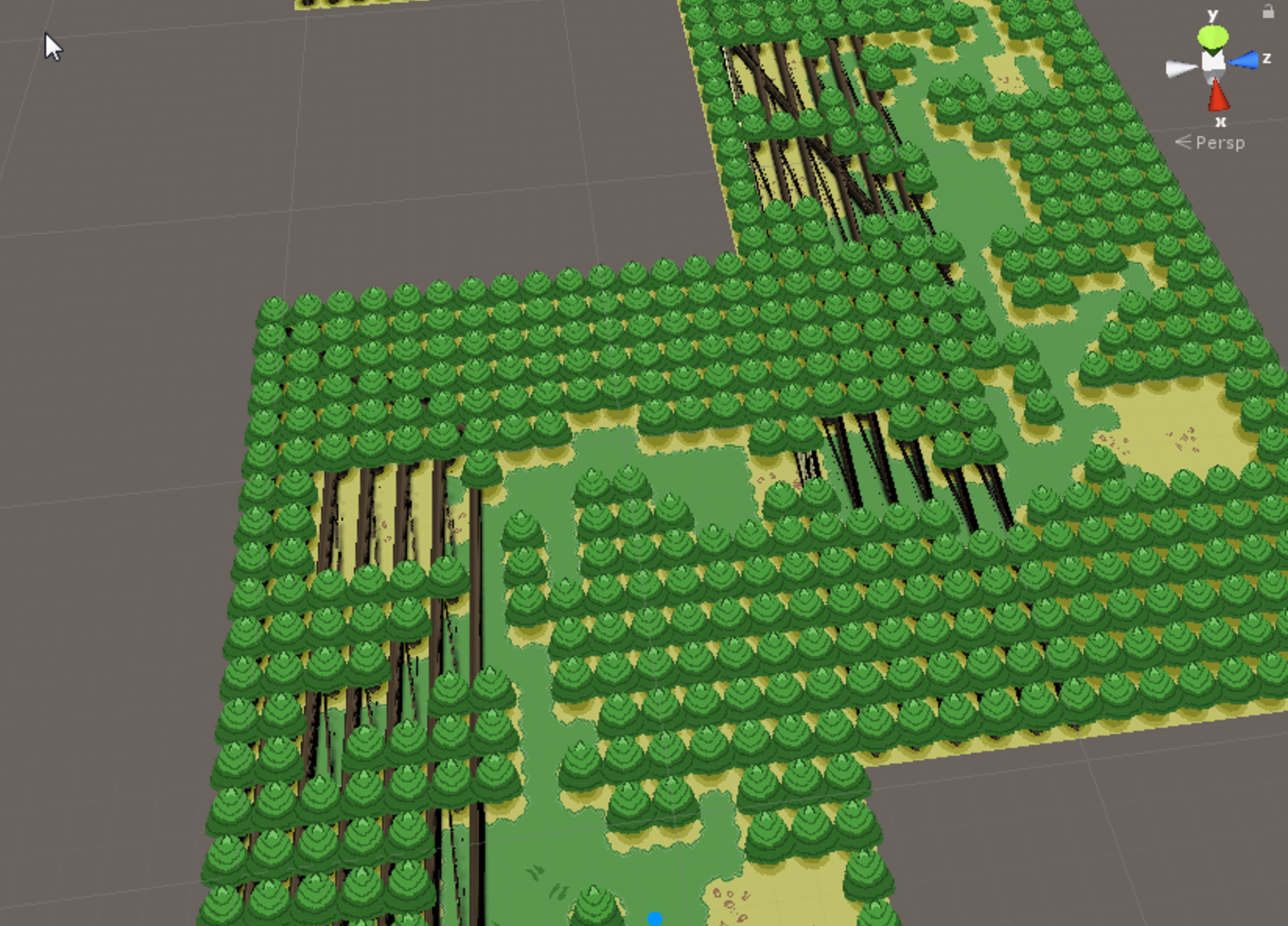 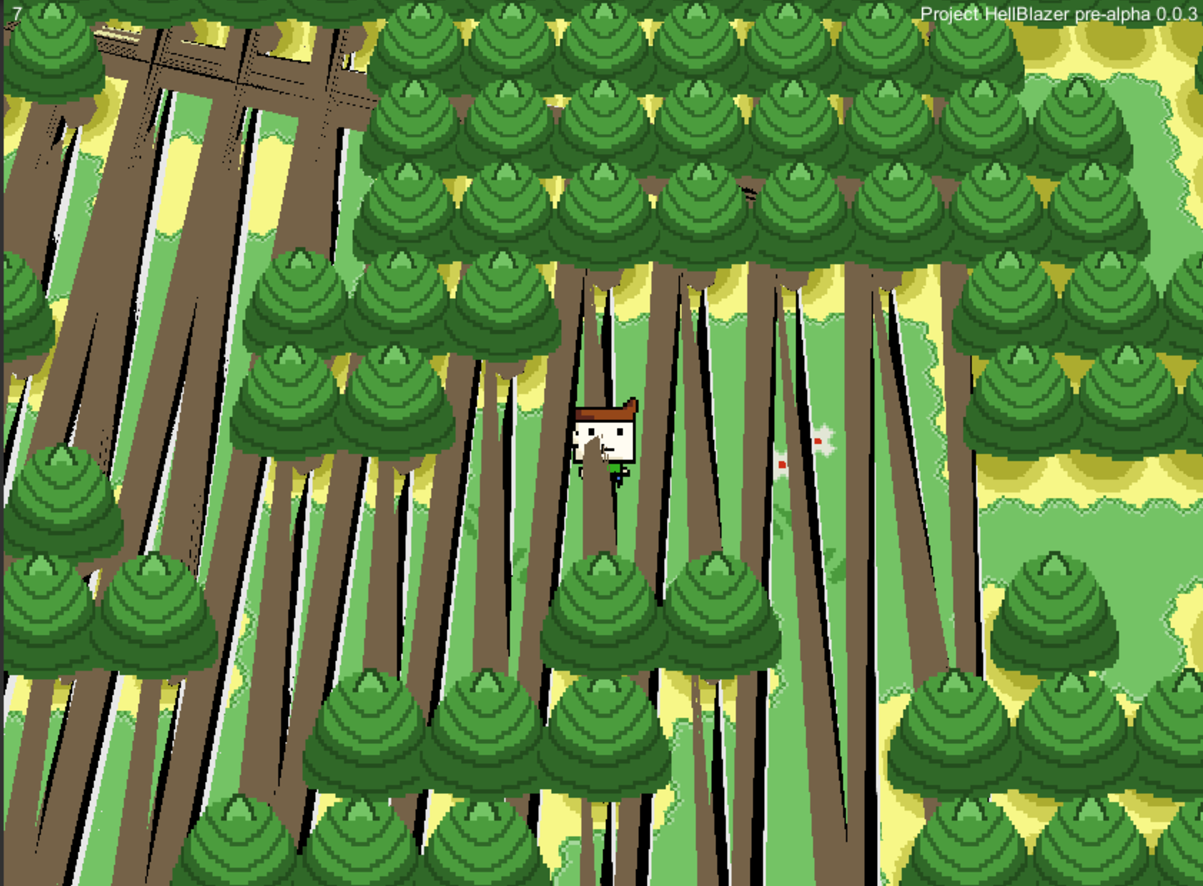 The result is hilarious, yet depressing

Arjen has always been a fan of the Wind Waker, especially the water even though it’s just a giant blue plane, it is a pretty giant blue plane. For HellBlazer we’d like to have something similar, so Arjen wrote his first HLSL shader for unity. It probably was one of the most frustrating weeks of his life. No matter what he tried, he just couldn’t get the @#$%&* water to receive shadows, so there are no shadows for now… the result is still quite nice though. 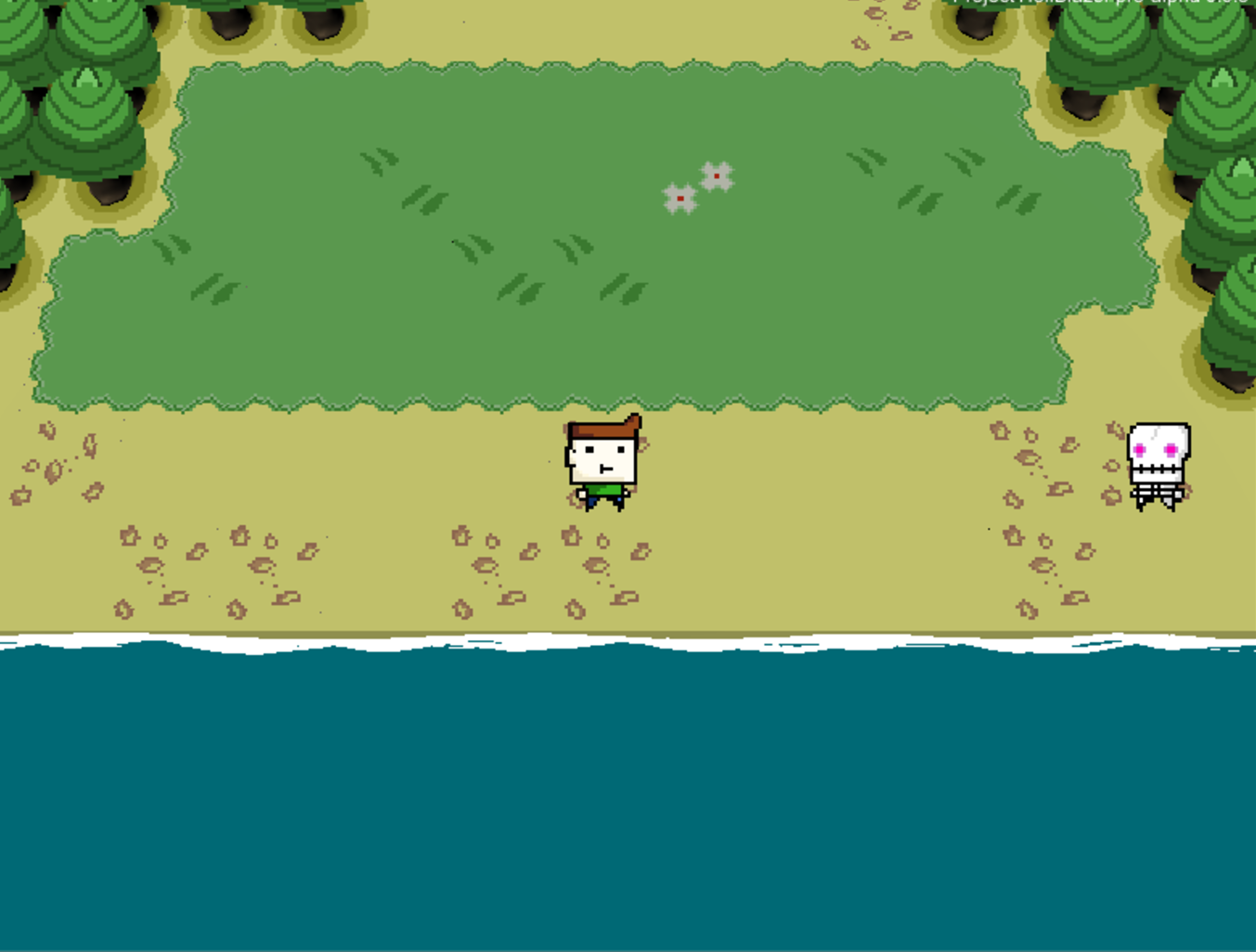 And the pond, in a nice gif

As previously stated we will have a lot more time to work on HellBlazer this holiday. This week we will discuss the project and its current state, the problems we’re facing and how we will tackle them. The largest issue we’ve had is that we’re continually adding features and not actually finishing the game, at the current rate the game just isn’t going anywhere. This is not what we want so we have to change the game, make it smaller and simpler, remove unnecessary features from the design and create an actual design document.

We’re going to post another update soon with the results of our brainstorming session. Be sure to keep an eye on this page and like our Facebook page if you want to stay up to date with the game this holiday.