An overall status of Galactic Legacy over the course of the month of August.

Thank you all for looking at this progress report, this has been a productive month for the mod! We hope to have more exciting things for our next report!

- DEATH STAR RESCUE:
During most of the month of August, Linken's computer has been undergoing repairs and he has made no progress on the mod. What little progress that has been made was focused on the first cutscene of our upcoming Deathstar Rescue mission, which he hopes you enjoy. Please keep in mind a number of errors you'll see in this cutscene have already been addressed:

- OPERATION KNIGHTFALL: REMASTERED:
As you all know, Operation: Knightfall is being remade. The current version you all have experienced was my first mission to produce for the Galactic Legacy mod, and I am super proud with how it turned out. However, I was not satisfied with it. I felt that it could be much more….deserved to be much more. I discussed with Linken and the team about redoing it altogether, and after several months of development, I can surely say that you all are in for a treat. As of right now the mission itself has reached 75% completion. There are going to be 7 Stages of the mission, 3 of them being cutscene related (with cutscene related animations), and 4 being the mission itself. Our mapper Lwkill has worked incredibly hard to help me realize our dream of a proper Operation: Knightfall. The maps are completely new, retaining some of the old rooms all while adding new ones, but the layout is MUCH different. The story and elements of the mission are going to be DARK, and bitter sweet. You will truly feel the somber, and ruthlessness, that Knightfall was. The intro cutscene map of the Chancellor’s Office with Anakin and Palpatine has also been changed to the Fate of the Republic map for continuity. We also, as a surprise, have a talented voice cast to help bring this mission to life. Plumb will once again be voicing Matt Lanter’s Anakin from Star Wars: The Clone Wars. RedSun has agreed to voice the Clone Wars variation of the Clone Troopers. And Sonam has once again agreed to lend us his voice to do Sam Witwer’s version of the Senate himself. It truly feels like a lost episode of the Clone Wars, and I hope you all enjoy the experience that they have worked hard to provide you. As a treat, here are several screenshots of what is to come: 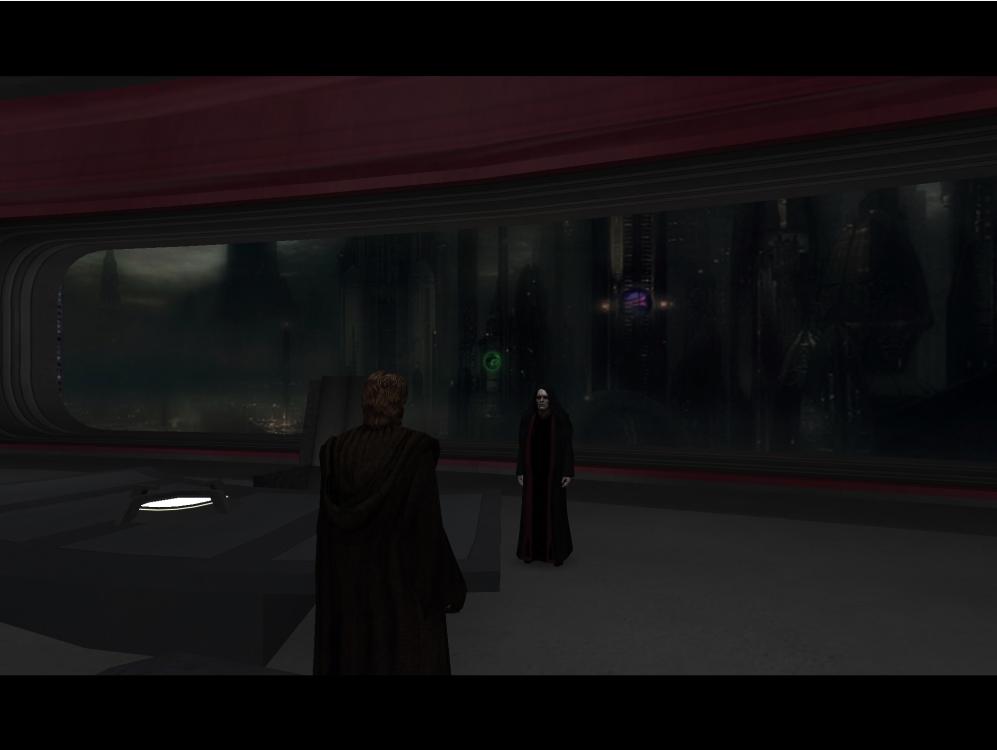 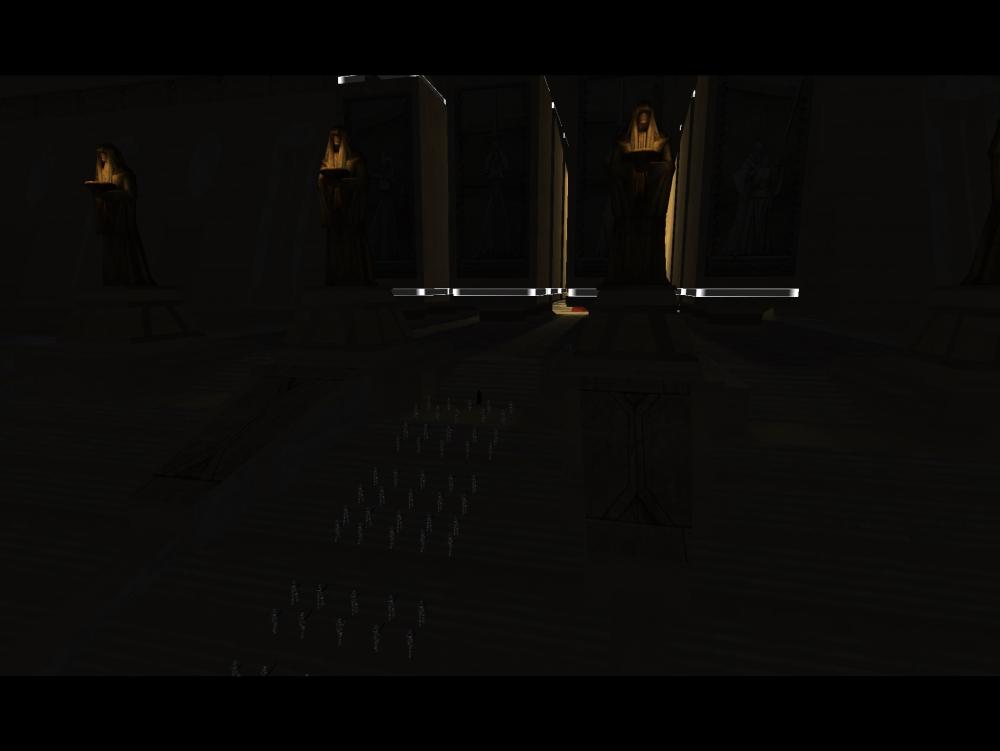 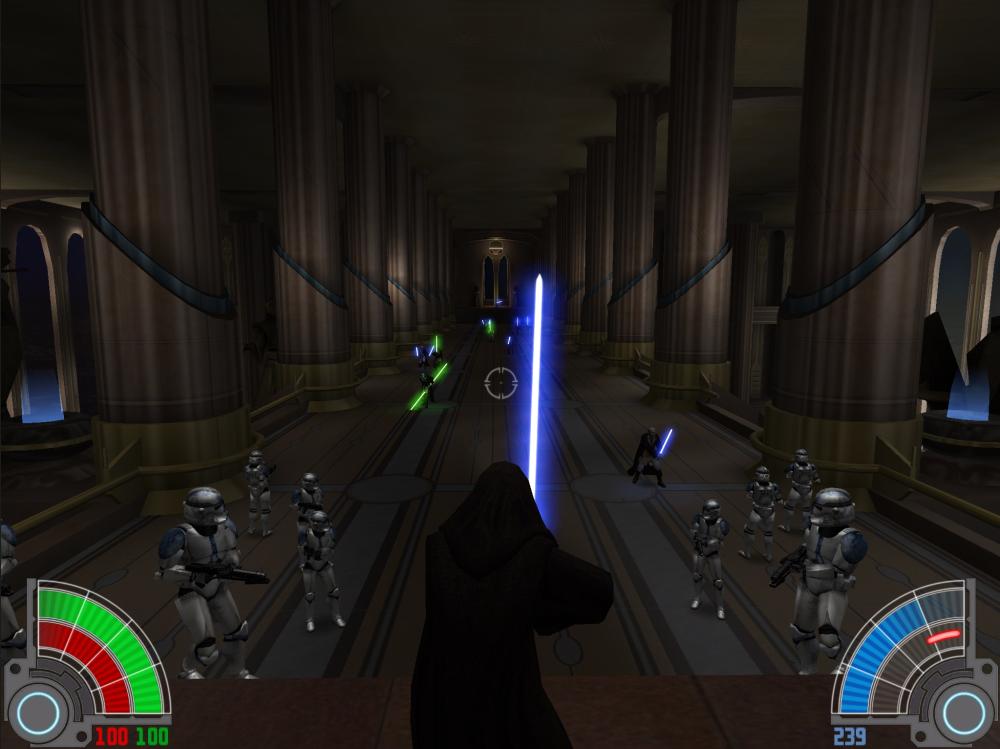 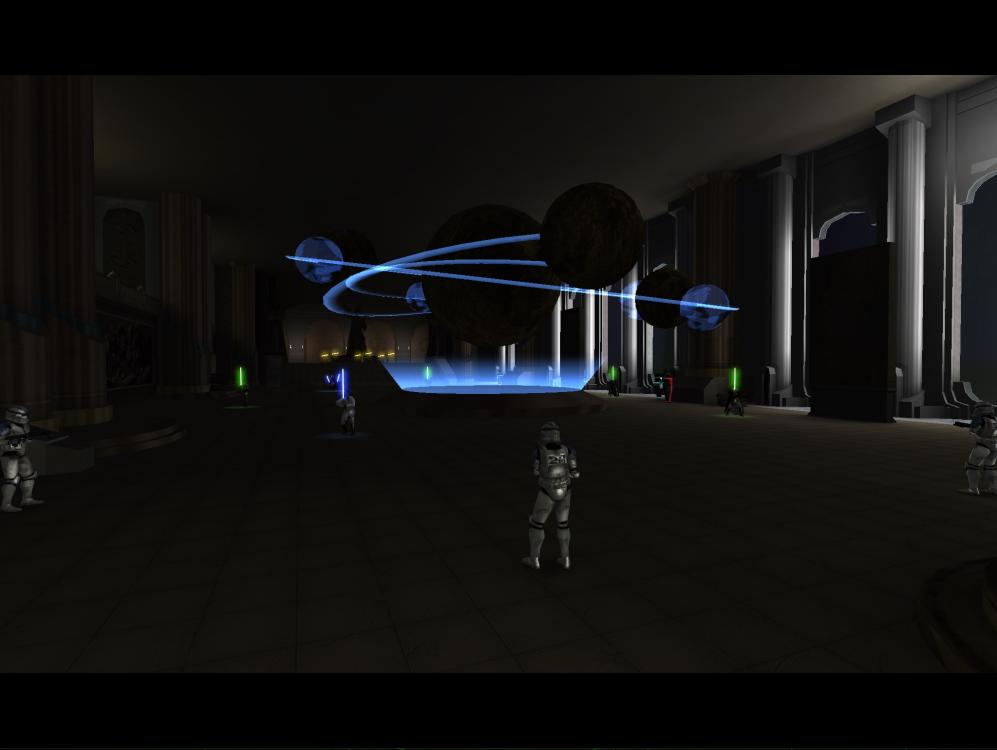 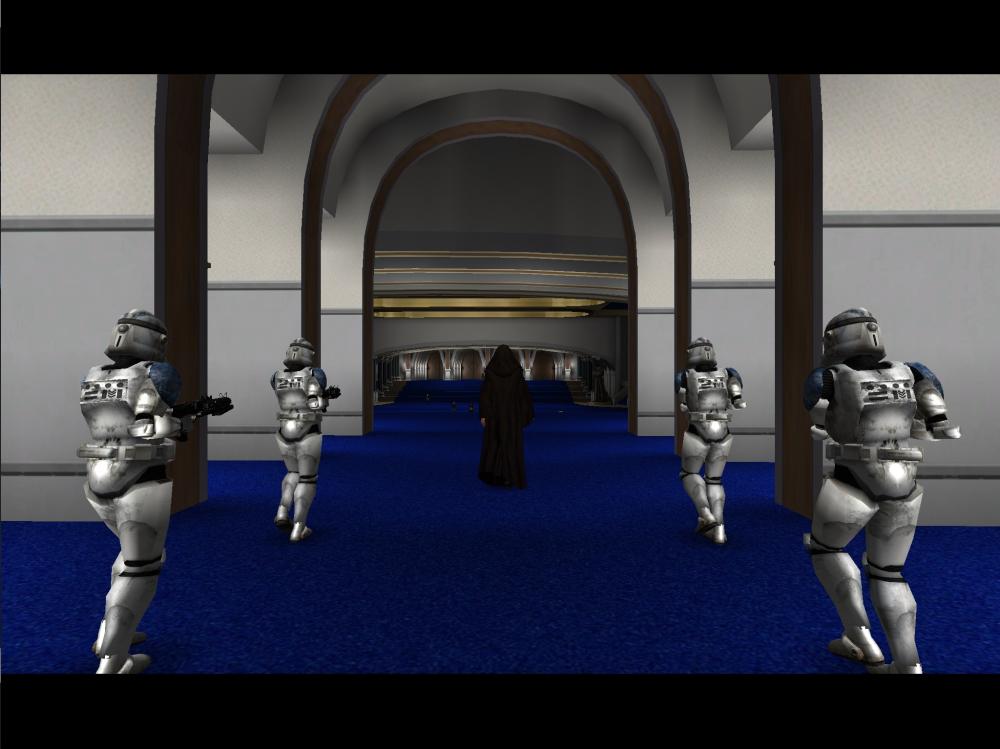 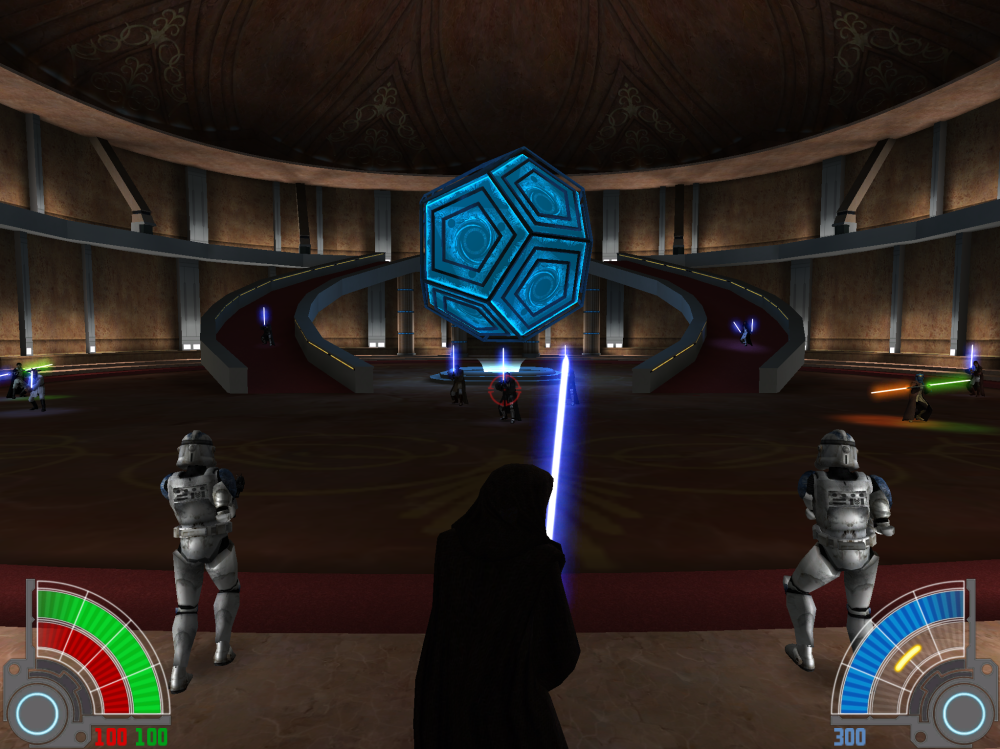 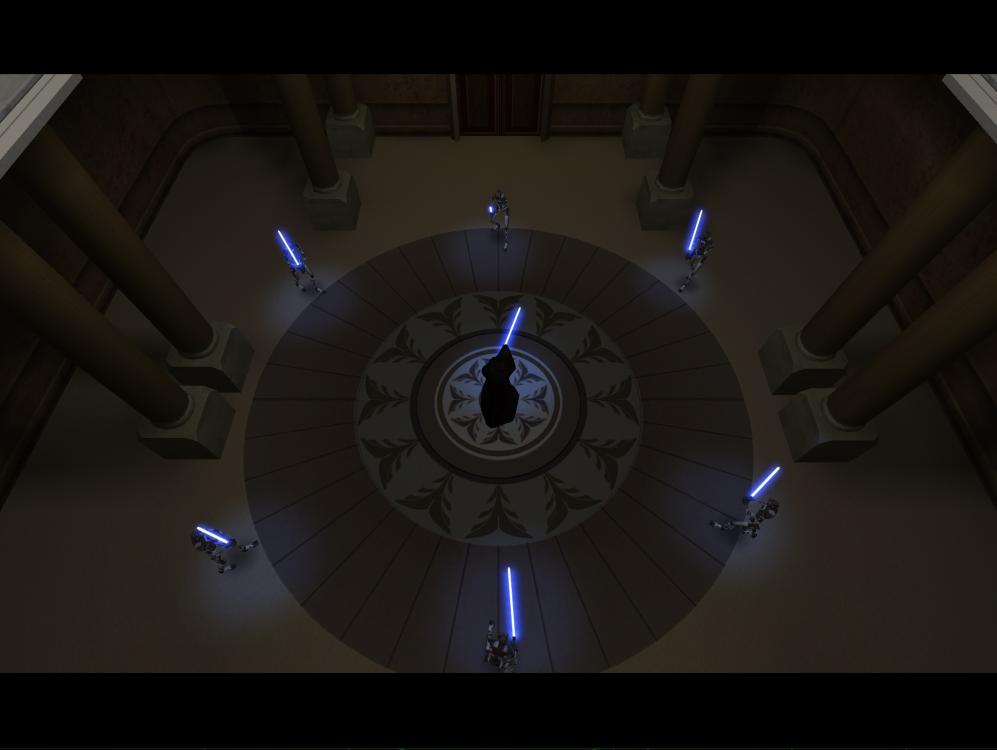 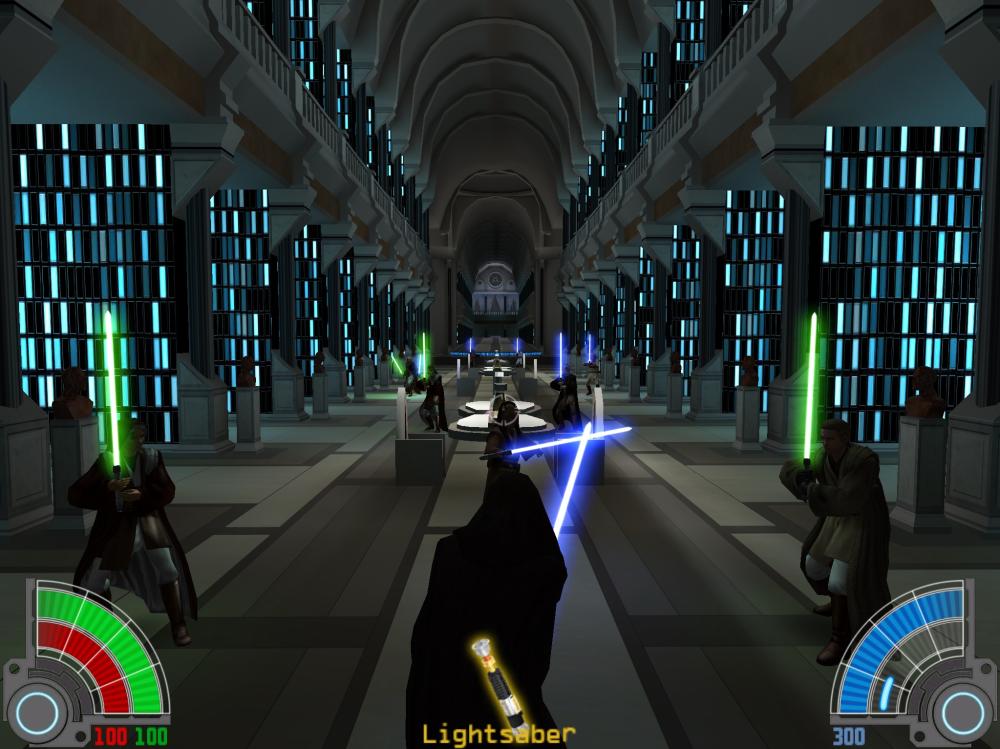 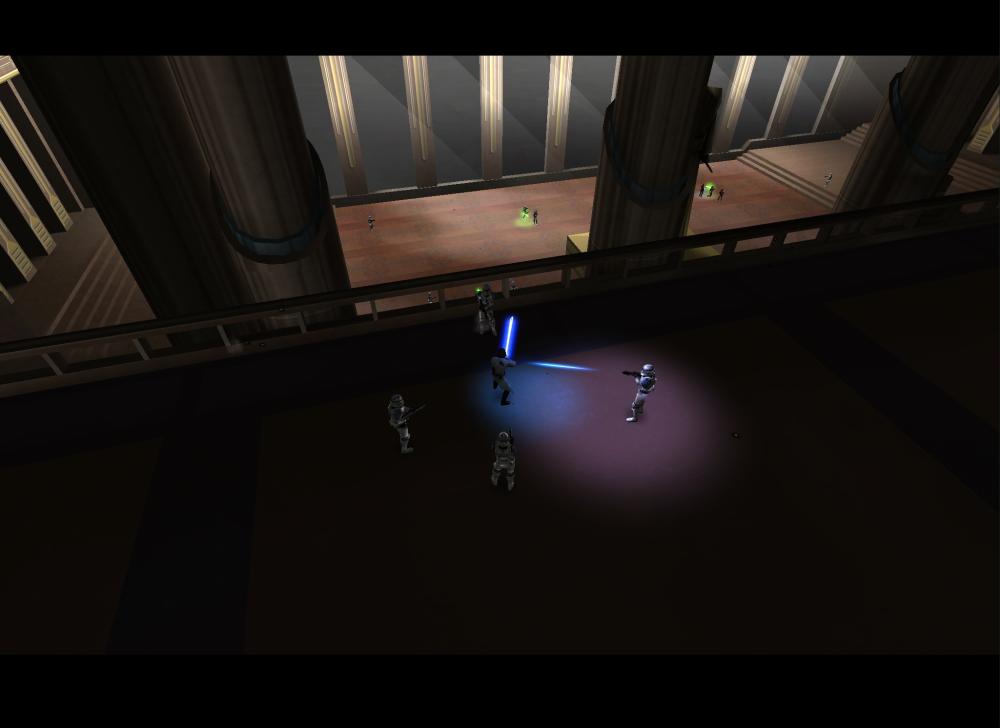 Before deciding to redo Operation: Knightfall, there were 4 missions that I also have cooking in the development oven.The first of which is Confronting the Count from Star Wars Episode II: Attack of the Clones. The mission is 85% done and is close to being ready for release. There will be 2 POV’s for this mission. The first will be Obi-Wan, Anakin, and then Yoda. The second will of course be Dooku. Both are 80% done, the final cutscenes for both are still being worked on, as well as finishing touches on cutscene work to ensure that the experience is an authentic experience from Attack of the Clones. As a treat, here is a clip from the mission itself, keep in mind it is still being developed so there will be a number of fixes to make it look better:

- THE LAST JEDI:
This is the second mission that I have in development. It is the final battle between Luke Skywalker and Kylo Ren from Star Wars Episode VIII: The Last Jedi. There will be only 1 POV, which will be Kylo Ren. This mission itself is 95% complete except for the last half of the final cutscene. Once that is complete we will release the mission with the Operation: Knightfall Remaster. Here is a clip of the mission itself:

- AMBUSH ON TATOOINE:
The third mission that I have in development is Ambush on Tatooine from Star Wars Episode I: The Phantom Menace. It will have 2 POV’s, one for Qui-Gon and one for Darth Maul. It was 50% complete, however after deliberation with Linken, we are going to rework this mission as well as hold off until we develop a better map to ensure that it is more accurate to the movie. However here is a clip from the original mission:

- A QUEEN IN PERIL:
This is the 4th mission I have in development. It is also from Star Wars Episode I: The Phantom Menace. It will have one POV where you play as Obi-Wan Kenobi. The mission is 20% complete. It will have 3 stages. The first draws inspiration from the original Phantom Menace PC game mission: The Gardens of Theed, the stage is named as The Gates of Theed. The 2nd stage, Rescuing the Queen, will be based off of the mission from the XBOX original game Star Wars: Obi-Wan titled: A Queen in Peril. The third and final stage will be based on the mission from TPM PC game once more, Escape of Theed. The stage is titled the same. This mission will be completed last, as it is on a similar level of time needing to complete it that Knightfall needs.

A few of our team members, including myself, have taken up learning how to animate character stances, and cutscene animations.
Here is the 90% complete first stance for Anakin’s Lord Vader model: 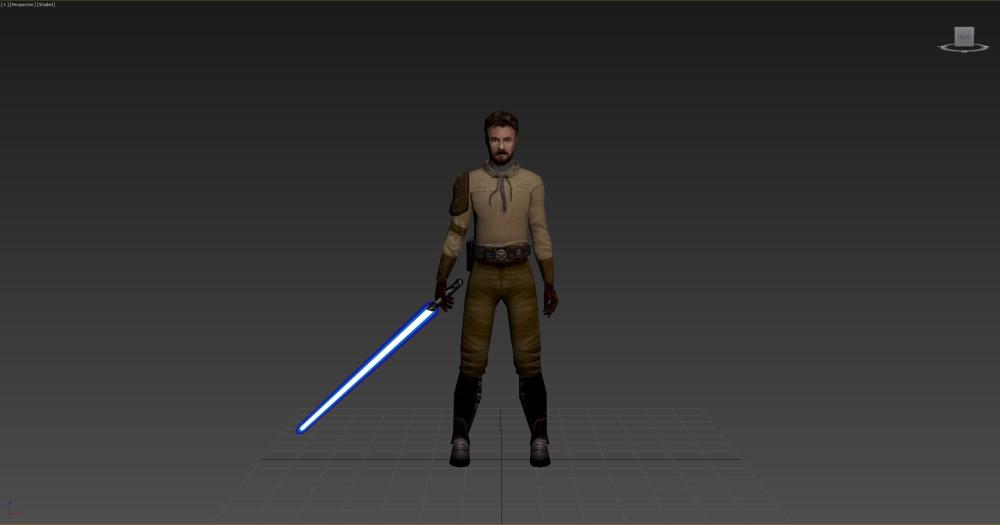 Thank you all for following the development of Star Wars: Galactic Legacy, and may the Force be with you.

Thank you a lot for your hard work. I have stayed with the mod for several years and witnessed how the mod has gradually improved. We will never reach this point without you guys. I am looking forward to seeing new characters and missions. Best wishes.

the khingtfall mission in addition to adding the new scenes seen in this preview, will some old scenes from the mission be removed? by the way it looks very good