We're going to give you another progress update on a0.85 and a0.9, explaining why the current update is taking so long. Other than that, we have been doing some efficiency work as well. Check out some of our Adventure map procedural improvements.

Another progress update on a0.85 and a0.9. Some (probably most, heh) of you are wondering why the current update is taking so long, let me clear that up first. Currently, we have most of our programmers reworking/working on several key system, including the UI, AI behavior, World Editor, and Player Skill/Animation systems. All of these are major systems and won't be done until a0.9, but they do impede on our current progress on a0.85. For example, we have the character deformation system done, but since the UI system is still being worked on, the deformation system doesn't have a working UI, so it's inclusion in a0.85 was uncertain until a week ago. Now we're pretty sure it'll be in since that part of the UI's done.

A0.85 is also a major art asset update, so we're waiting on some new scene assets to be done.We have been doing some efficiency work as well, trying to get the frame rate of the game higher. One of the largest improvements so far is with AI collision detection. It used to be that we would update the collision detection of every ragdoll collider within an AI body at every frame, now we're only updating the collision of the capsule collider surrounding the AI every few frames. What this means for you is an uptick of about 10+ fps depending on your setup.

Finally, here are some screenshots of the Adventure map procedural improvements, the current canyons look a lot better and we've added stone bridges over the waterways. We're also working on multiple layers of water next as well as better sloping river banks and better town setups (no more flat towns). All of that we're trying to get into a0.85 in the next couple of weeks. 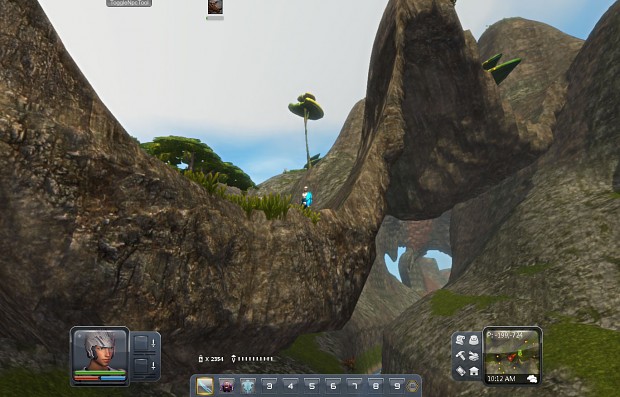 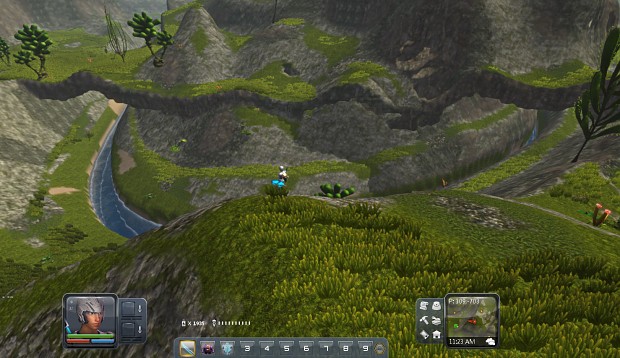 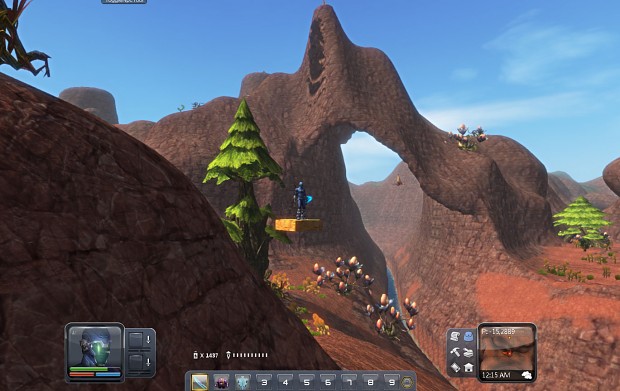