This article sums up the current progress on the mod.

The Stormlight Archive Mod is currently in a early state. The current factions are Alethkar, the Sadeas Princedom, and Odium

I used glyphs on banners for the faction symbols. We have Kholin glyph, with the blue and white of House Kholin and the Sadeas glyph with green on white. To do Odium I did the glyphs for Eternal and Storm, since there is no unique glyph for the word ever. The glyph on top is the glyph eternal.

The rosters are limited right now, with no Parshendi or Fused, though those will be made before the release. We only have humans, and I am not quite good enough to make Shardplate right now, though I will work on it. As for Knights Radiant, I will need new animation sets for all of them, and I'll need to experiment there, and learn how to make animations. They will be made in one of the first few releases.

The Royal Guard of Alethkar 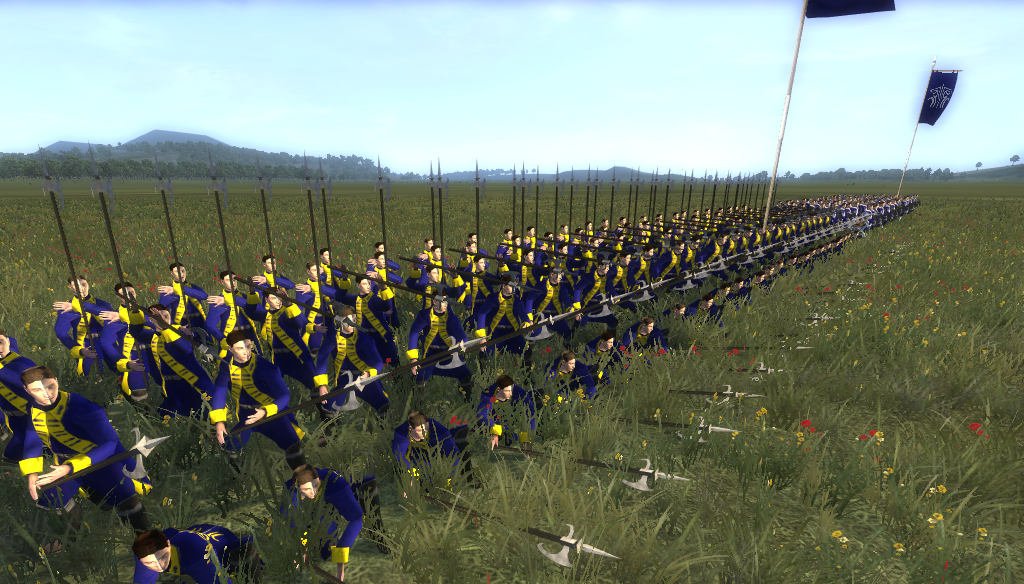 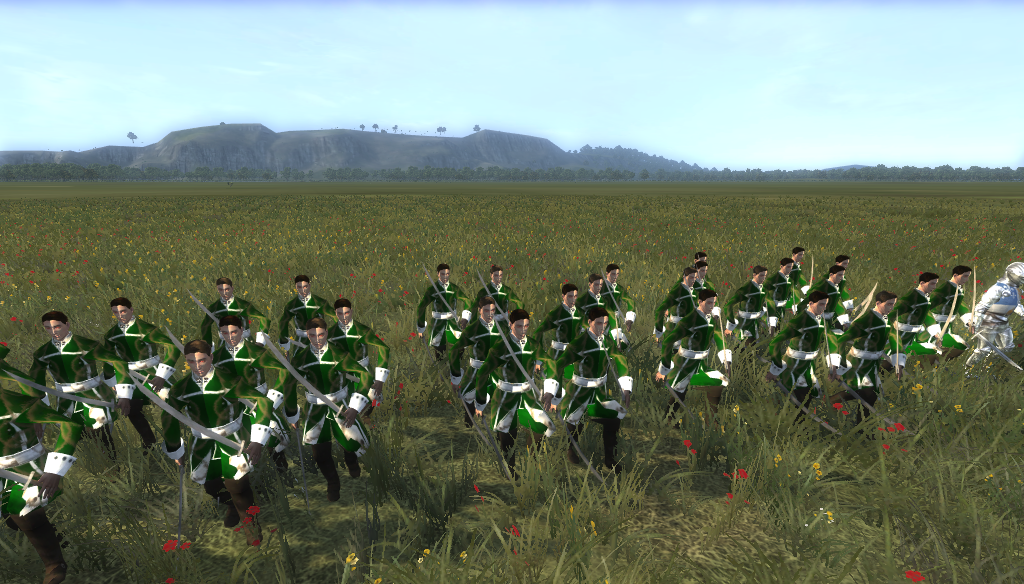 The red eyes aren't very visible for the Thrill Berserkers.