Overall, our biggest takeaway is that we should’ve followed Little Finger’s advice to Sansa: Fight every battle everywhere, always, in your mind. Everyone is your enemy, everyone is your friend. Every possible series of events are happening all at once. Live that way and nothing will surprise you. Everything that happens will be something that you’ve seen before.

My name is Cristian Diaconescu. I'm a 3D artist, game designer, motorcycle rider, and the creative director at Sand Sailor Studio, with over 15 years of experience and university studies in both programming and graphic design. My game Black The Fall, a communist-inspired puzzle-platformer title, was funded on Kickstarter and backed by Execution Labs. The award-winning title was published on July 11, 2017, by Square Enix Collective on Steam, PS4 and Xbox One.
Black The Fall was born in 2014 as an art project: a black and white stealth-platformer set in an alienated world. The game concept came as a means to illustrate and express rebellion against the mechanisms of a heavily corrupted system, rooted in the decades of communism Romania has endured. In the months that followed, myself and co-founder Nicoleta Iordanescu discovered that there's much to envisage about the communist mentality: distrust, dehumanizing work environment, and uniformity.
We chose to enter the arena of puzzle genre, using it to illustrate what it means to cope with a restrictive regime. We lived in times where there was no freedom of speech, intellectuals were thrown into prisons and tortured, food was subject to rationing, there was no access to contraception. Access to western culture was minimal. It sounds Orwellian, but unfortunately, this was the reality in most communist countries.
The worst part is that it's still happening in some parts of the world. Additionally, as we explored this path we realized that the oppressive mechanics apply to the western world today, where a lot of people feel forced to conforming to a system they don’t believe in.
The journey from conception to release was a crazy ride, with ups and downs. We learned so much, made a few mistakes, and scored a lot of successes: 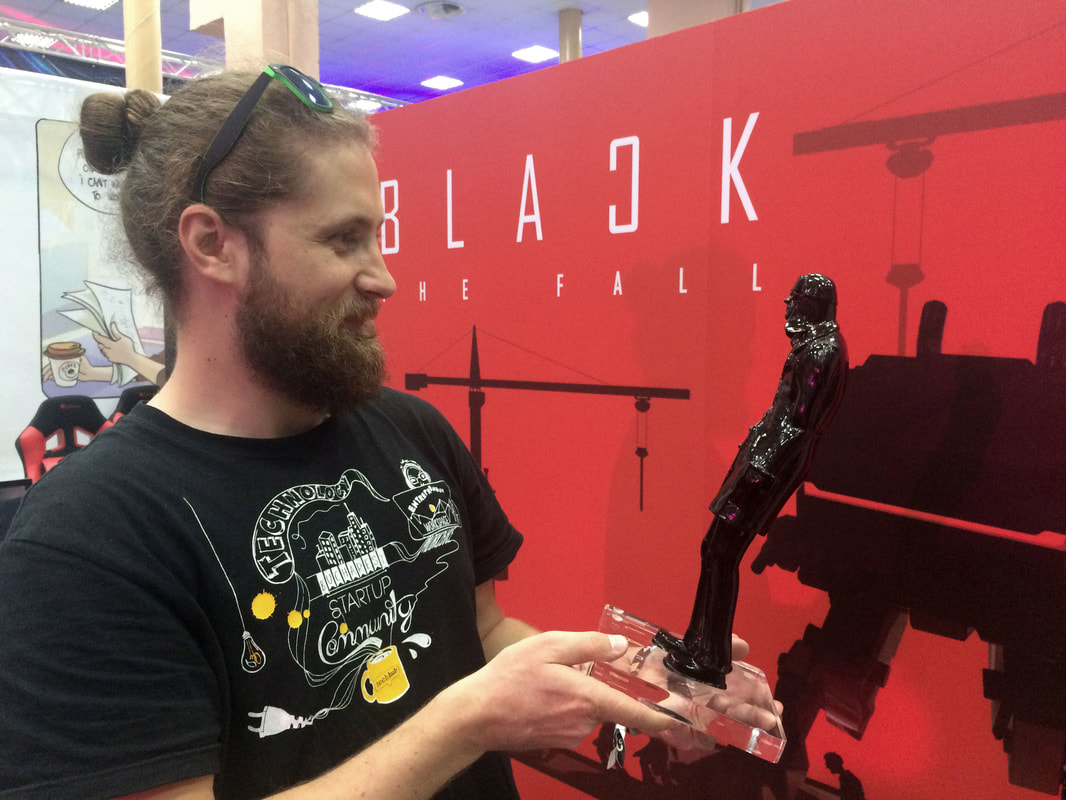 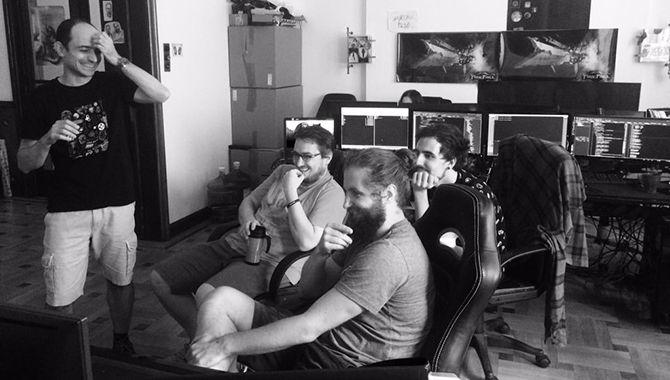 We were lucky to sign a publishing deal with Square Enix Collective which gave us complete creative freedom, but with much needed fixed milestones. On top of that, Square Enix offered high-quality QA which got us through the pains of consoles TRC (we'll talk more about this in challenges below). 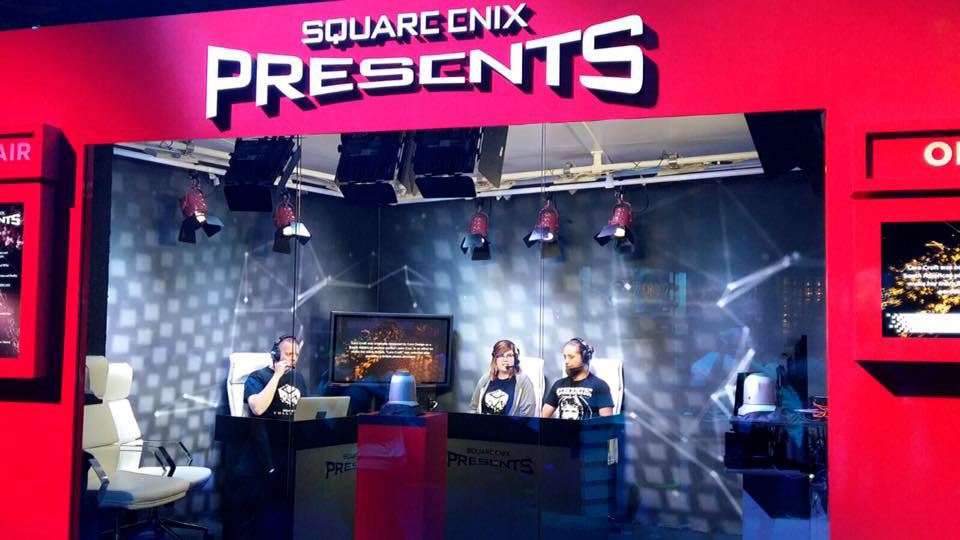 3. Getting the story out there

This is an area where we really can’t complain. Around launch, we had pretty much every big publication we ever dreamt of covering Black The Fall. A big thank you goes to our PR experts: Craig (Kartridge), Stefano and Keith (both from Renaissance PR); and Square Enix’s lovely community managers Amy, Cat and Ria, with whom we had a nice and smooth collaboration. A couple of months before launch we created a long brief on the game concept so they could pitch it to people interested in the topic. The requests coming their way together with all the review requests coming directly to us made for a nice mix to keep everyone busy day and night for a couple of weeks. As well as that, in 2016 we showcased Black The Fall at more than ten events in US, Europe and Asia, getting to meet many of our players and introduce our game to puzzle aficionados all over the world. 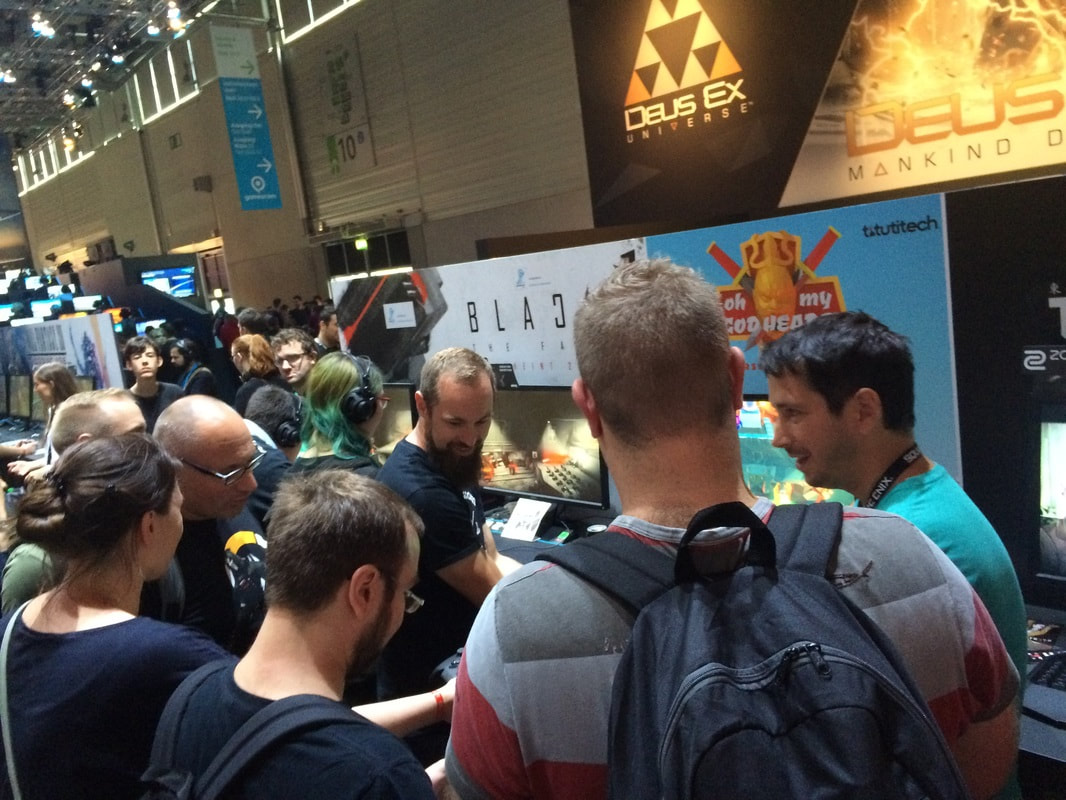 4. Brainstorming and brushing up

For every game character and new game chapter we had a brainstorming process that worked really well for us (thoroughly described here). This helped us choose, in a democratic and meritocratic manner, the winning concept and throw away the useless ones. This is vital, especially when you’re working on your first game and you want your all-time favorite game elements to be included.
Talking about keeping clean, we also developed a system that would help us brush-up the scenes to get the best possible player experience. 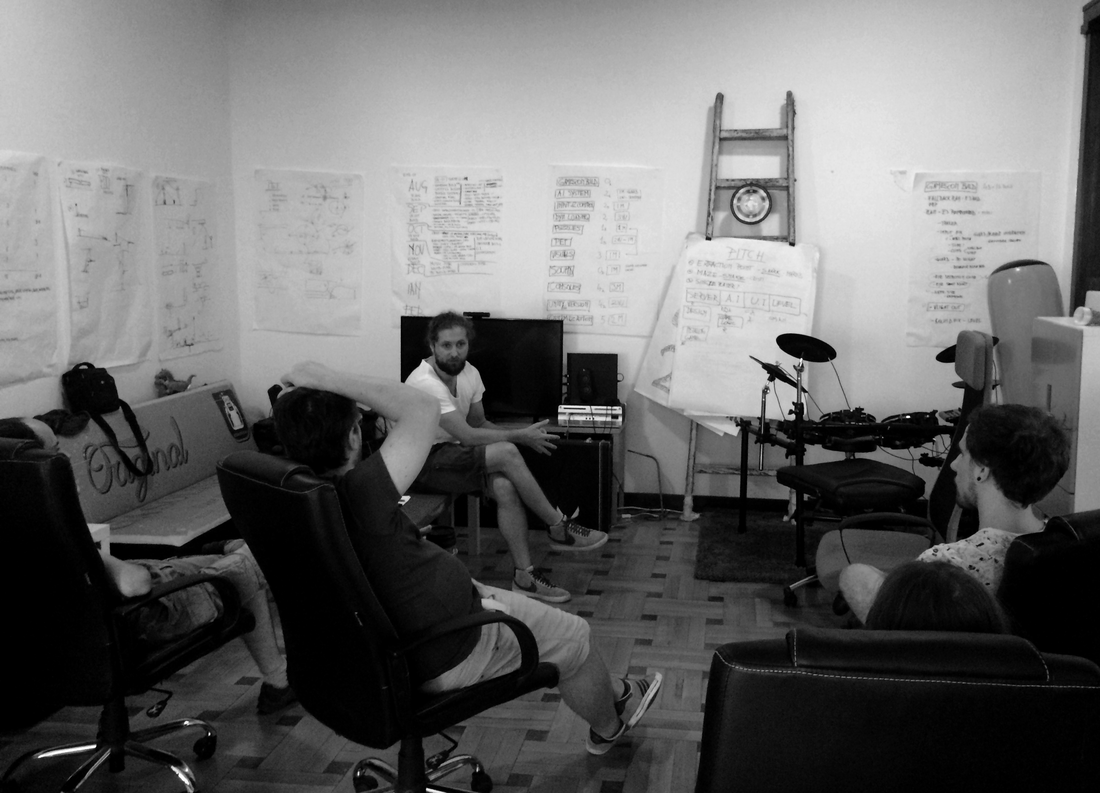 When you’re new in the development and the publishing business, you feel like trying it all, but some actions have long-lasting consequences. For example, launching your game on Early Access as a way of testing it out and see how the audience receives it. But we didn’t consider the game’s replayability, the prospect of completely changing the initial prototype after a couple of months or that we might launch the final game three years after Early Access.
Our Early Access ran for about three months, but we had to close it as we were about to launch our Kickstarter campaign, which doesn’t fit in at all with the idea behind Early Access.
Additionally, a bug we couldn’t have anticipated is that somewhere in the Steam back-end the game is recorded to have launched on July 4, 2014, rather than July 11, 2017. This severely affected the game showing up on any Steam chart or list. That was a worry because a lot of websites pull their data directly from Steam, and it also meant the game showed up as having launched in 2014 on Humble Bundle as well.

We slowly figured all of this out after the launch and got it fixed, but the visibility you get on Steam for clean launching the game was forever lost to us.
However, there’s plenty of documentation on Steam visibility and strategies to adopt, so there’s still work that to be done. 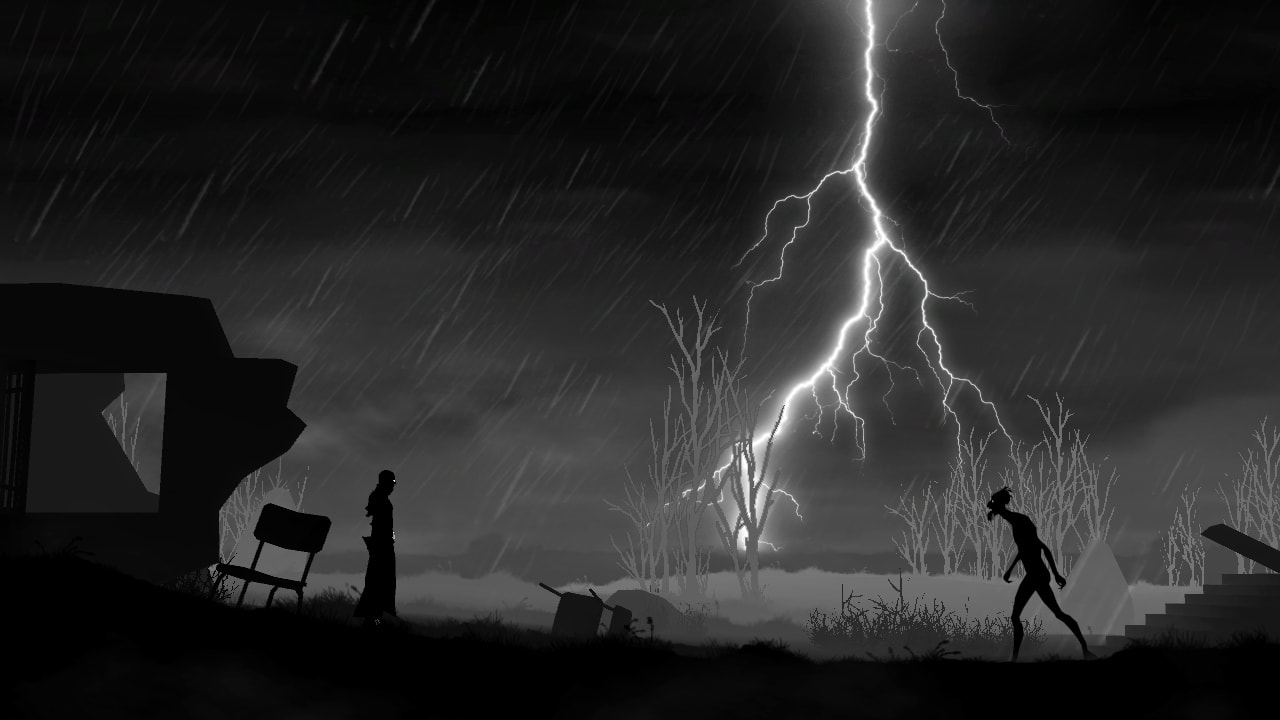 The perfect launch date is something of a mythical sweet spot: it doesn’t actually exist, but you can plan to get as close to it as possible. Common sense is to avoid launching shortly before or immediately after competitors, or around triple-A games that are everyone’s sweethearts like Overwatch or Battlefield.

Another obvious one is to avoid winter holidays and end of November, but a sneaky one is avoiding spring and summer sales.
If you want to launch on three platforms at the same time, then you’ll need to make sure you find a date when all platforms can support your launch with a banner on the homepage, a blog post, or some sort of promotion. 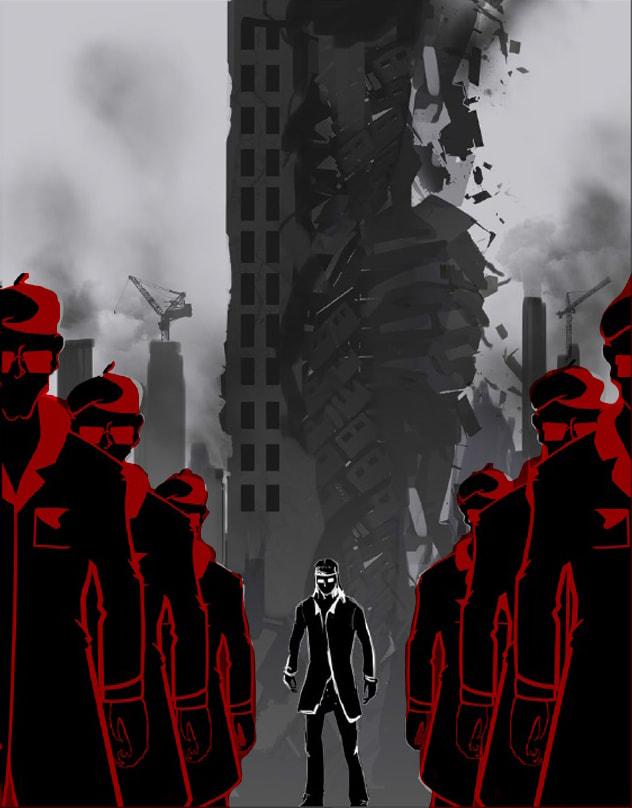 Speaking of consoles, even though Unity is our best friend when it comes to porting, do bear in mind the TRC’s you need to meet for each platform. Complying with this thick set of rules can take longer than polishing to get a decent frame rate on Xbox One.
Porting to consoles took us around four months -- double the anticipated two-month window we’d allocated for it -- though we had two strong allies: Adrian, our programmer dedicated to working on porting the game, and our second ally: Square Enix’s QA team, based in Canada. I can also dare to assume that if Square Enix Collective hadn’t been our publisher, somehow this TRC compliance thing would’ve taken even longer. 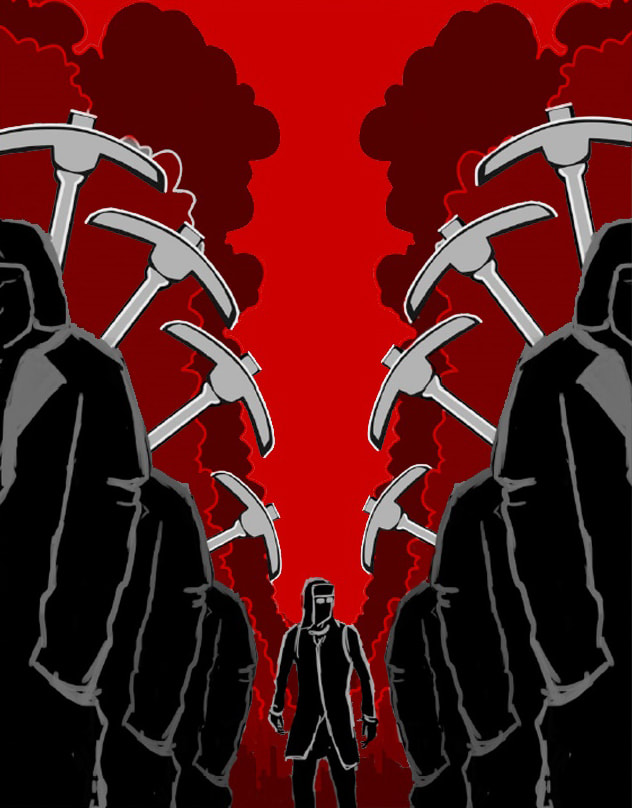 Steam is not something you can tackle overnight, nor is it a platform that you can trust will work to your advantage.
It’s a brilliant, dynamic creature that can act as either your ally or your enemy -- it really depends on how well you read the documentation. Try and build a strategy and use it to your advantage, and bear in mind the algorithm changed significantly once Steam dropped Greenlight.
One key takeaway is that Steam tends to push games that sell well and/or have raving reviews. These are the two main indicators that indicate to Steam that the audience loves you -- an important measure, given Steam wants its customers to be happy. So encouraging your community to leave a positive review if they enjoyed the experience around launch is an excellent idea that will help you in the long run. 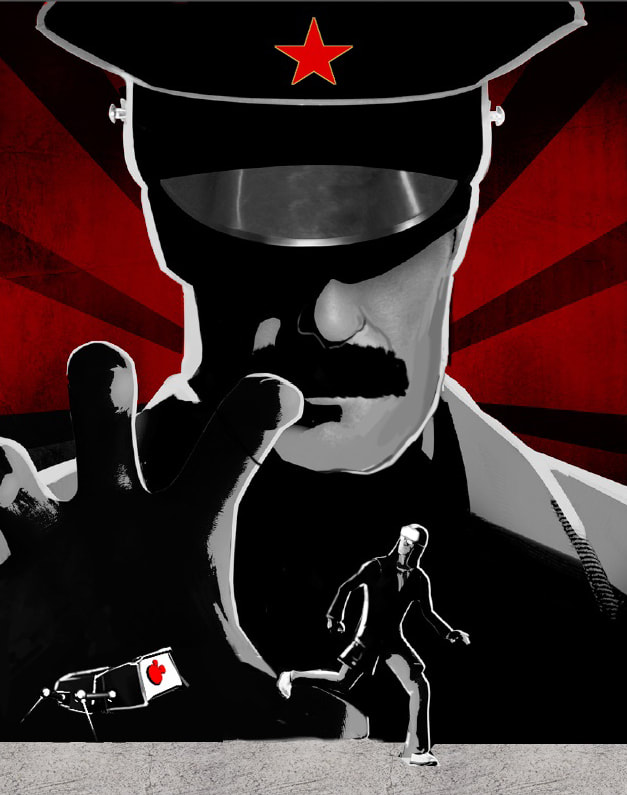 Overall, our biggest takeaway is that we should’ve followed Little Finger’s advice to Sansa: Fight every battle everywhere, always, in your mind. Everyone is your enemy, everyone is your friend. Every possible series of events are happening all at once. Live that way and nothing will surprise you. Everything that happens will be something that you’ve seen before.
Final pieces of advice to have in mind, both in business and indeed in your daily life if you can:

1. Hope is not a strategy
Whenever you draft a plan, be it development or communication, if the word ‘hope’ sneaks in, that should serve as a big red flag. Hope is just an indicator of our inner desires and it has nothing to do with real-world factors that can and will influence the outcome.

2. Always ask, never assume
Any collaboration you have, from a device acquisition to closing contracts, always try to anticipate gray areas and ask the right questions just to rain check if things can go as you expect them to. More often than not we have expectations based on best-case scenarios, and real live development of events can leave us disappointed.
Also, never assume you’re the first person in the world that’s had a particular issue or need. Anything can be Googled and there’s a nice indie community online that will share recommendations or give a piece of advice if they’ve encountered something similar.

3. Waiting is not an action
If you need something from someone else, don’t expect them to drop everything and make you their priority. You don’t know what their agenda is and sometimes our initial messages can get lost. If you urgently need something from someone else, don’t be ashamed to follow up with them, or their colleagues, by email or phone. Or ultimately look for alternate solutions. Too many people are opting for silence instead of a clear cut answer like “I can’t”, or “I’d like to, but I don’t have time” or something. So, please, don’t wait! Waiting just causes frustration when the stakes are high. 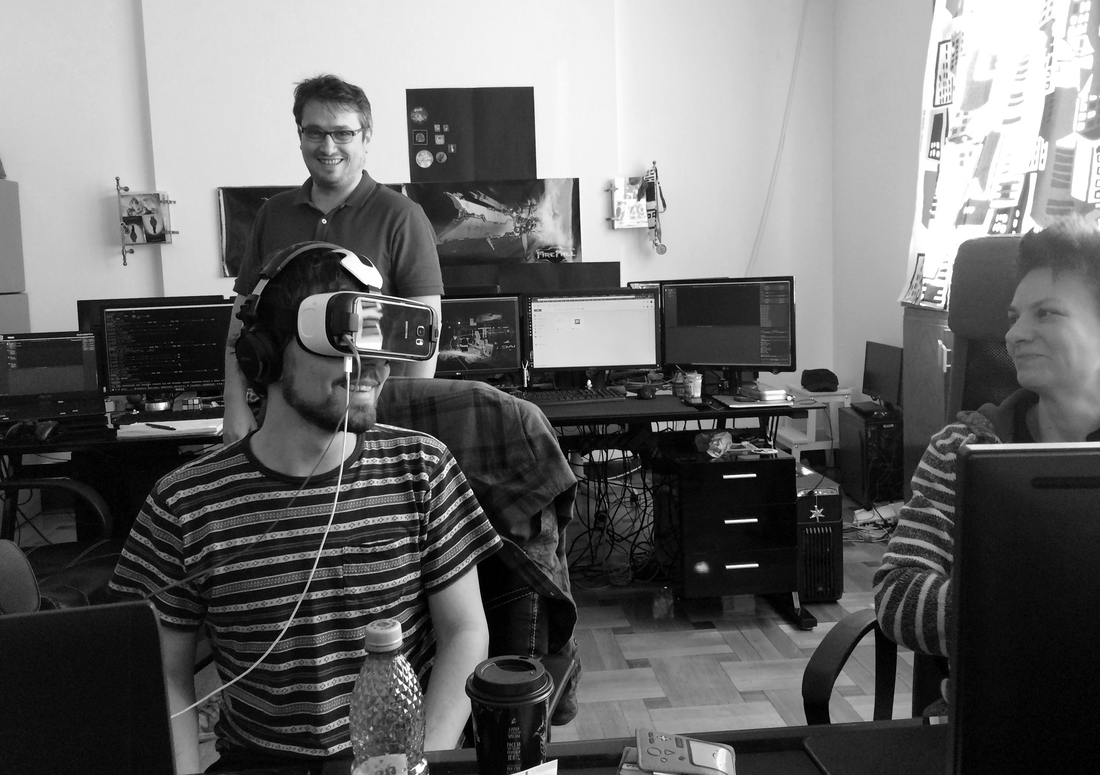 All in all, it was a glorious adventure; we’ve met creative-kind people, we learned a lot professionally and, boy, we laughed so hard during these thousands of hours of game development. We’d do it all over again in a heartbeat. Actually, this summer we’ve wrapped our heads around a new project. Can’t wait to share more about it in a future article.