There's life in her yet! Spare the defibrillators.

Release, and the Future

Therium-2 has been released, and it only took four major patches to smooth out launch day bugs. 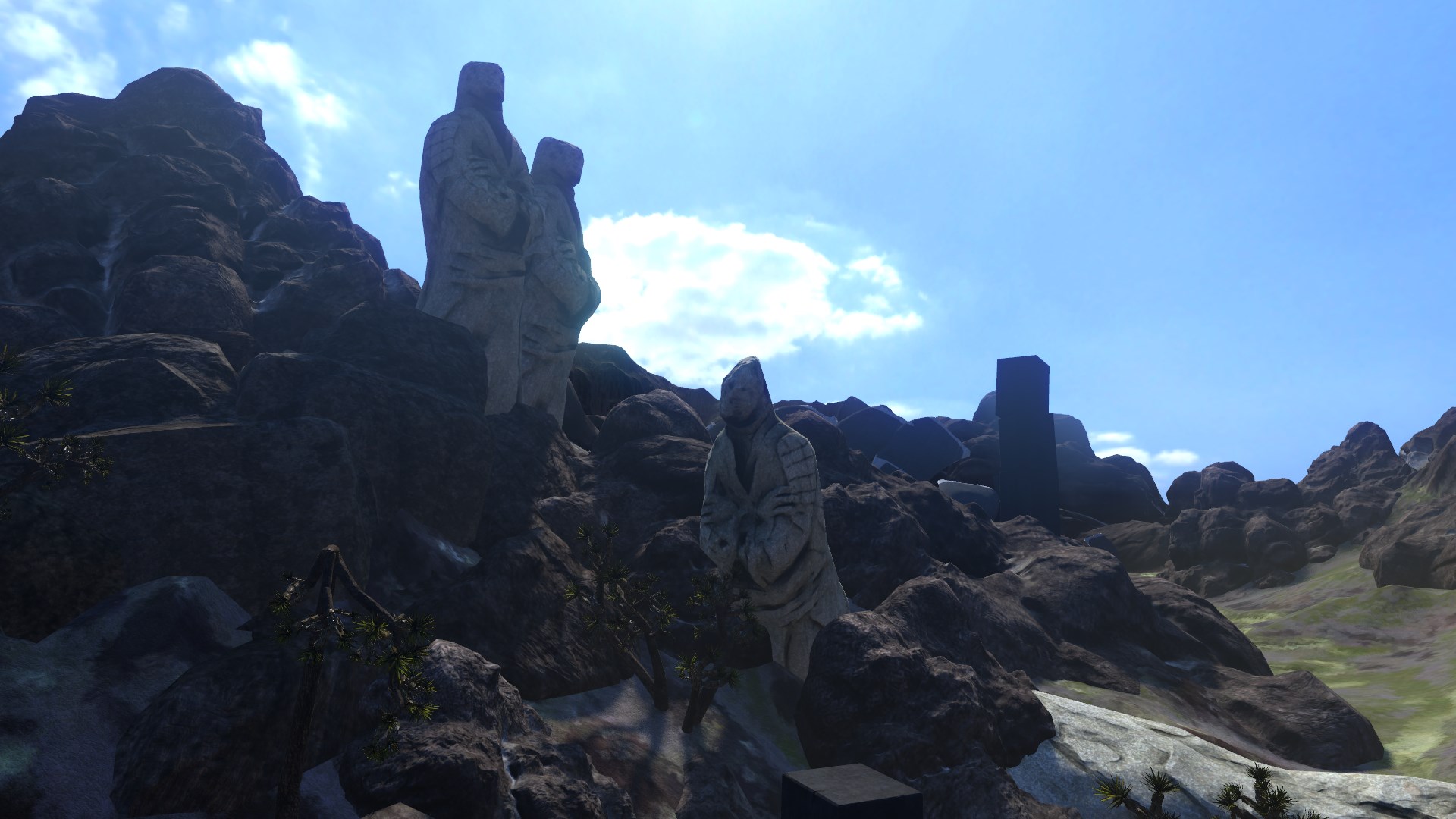 I've gotten plenty of feedback -- Luckily, all of it good. Also luckily, some of it bad.

With Overgrowth's release, I wanted to mention some things; namely the future of Therium-2, the pros and cons of the base game, what can be improved, and what will come in the C path.

Therium-2's Base Game: Good, Bad, and the Really Good

Thankfully I did everything right.

People have told me the level design plays well, the storyline is interesting, the lore is deep -- I'm glad I didn't fuck it up. I say that like anyone doubted me, but I have chronic self doubt. Can't help it.

Things I did right

I'm not phrasing this as "The lore was good" -- I'm actually confident in the quality of Therium-2's lore. I'm just not confident in how it's communicated to the player. The optional notes and books around each level did wonders; it creates quiet time for the player after eliminating every enemy and enriches the world around you for those who enjoy the details. Plot points aren't convoluted, dialogue makes sense, the endings are entertaining and players have seen them all to the end...

The best levels of Therium-2 blend choices, stealth and combat to great effect; there are multiple ways to approach every situation, lethality gives you two unique play styles with various results, each level can be replayed over and over without tiring...

Some of the vistas and landscapes in Therium-2's levels are a spectacle, to the point where I actually personally used some as wallpapers for months on end before inevitably switching to some Yume Nikki fan art, while also (at least I think I) achieving my goal of making Therium-2 much more performance friendly than the default Overgrowth campaigns.

At least two people experienced emotions from key plot moments in Therium-2, and to me, that's more than a satisfactory number. I can't speak for anyone else, but I can definitely say for sure that I've achieved what I thought was going to be a life long goal before Therium-2 was even released; Make a scene so good, it sends shivers down the player/consumer's spine. I'll cross that off the bucket list.

Like I said, I have chronic self-doubt, so this is unexpected for me. 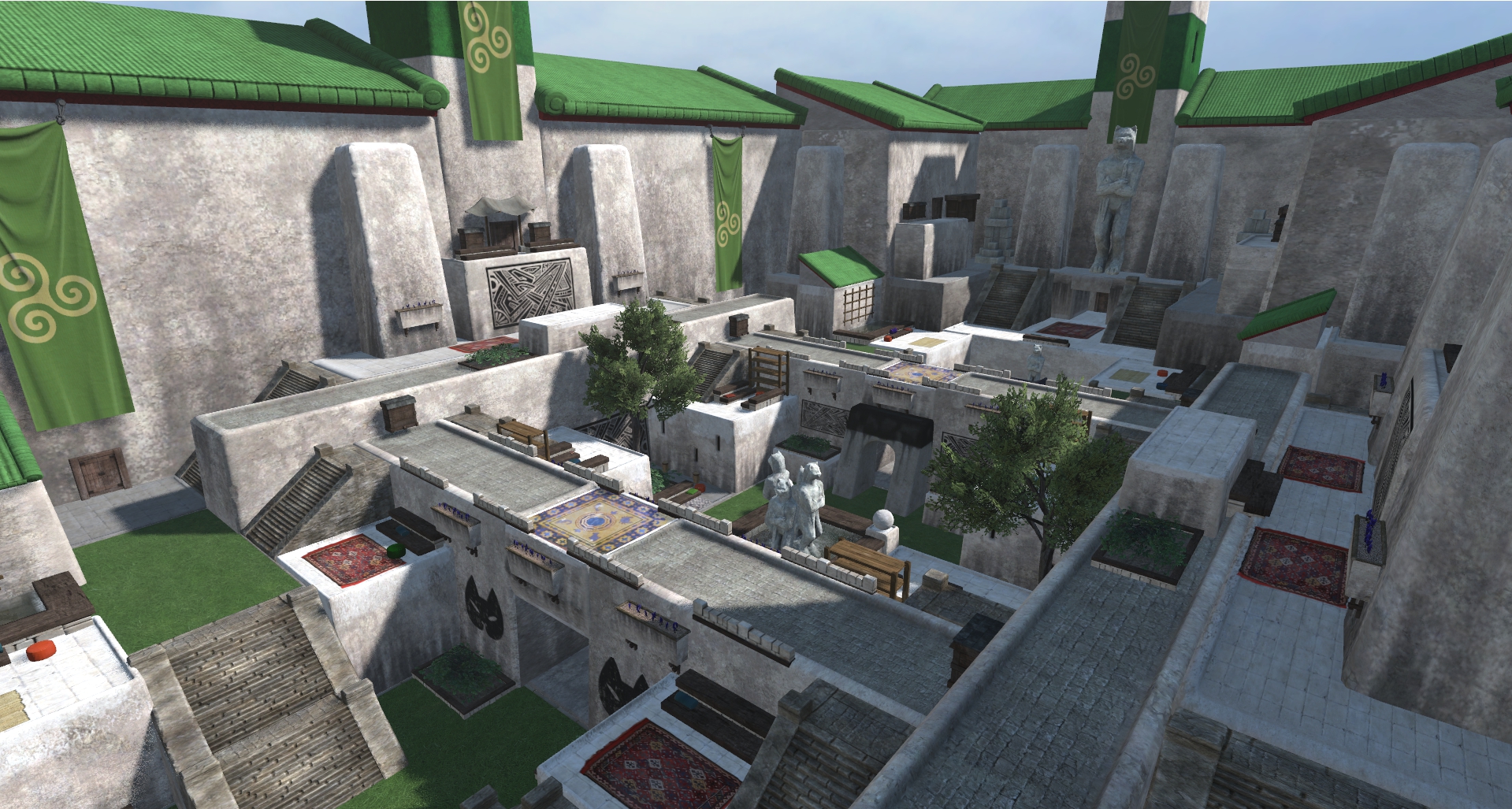 Things I did wrong

Biographies, analyses, non-fiction and critiques of things in a fictional universe is not something I am talented with. Of course, I tried my best, but the lore books around Therium-2 are often pretty awkward and stilted, or just weird. Luckily! I have a volunteer by the username of Sjoormungandr, who is helping me write various pieces of dialogue and lore notes for both the base game, and the C path. With his help, the notes in Therium-2 will be much more interesting and believable, along with the dialogue and conversations taking place in the C path. There also may or may not be a complete rewrite of most of Therium-2's base game dialogue.

This isn't entirely a bad thing, of course, but I feel like with how much I showcased and talked about the lethality in Therium-2, it created a false expectation of Every choice matters -- which isn't true. Only a couple levels in the base game truly have differences in dialogue and outcome depending on your lethality, but the general idea is still there; Often times, dialogue is different depending on your lethality; especially the gateway dialogues. But definitely not to the degree people might've thought it'd go to.

I am very, very glad that S1-A2 (Urista Gate) is the worst level, because it is nowhere near as bad as it possibly could be -- cough, Begin2, cough -- It is instead just a not-too-well designed level that feels almost aimless, in a sense. You don't feel any kind of hatred or dread while playing the level -- cough Begin2 -- and if you get bored, it ends quickly -- Begin2.

I began Therium-2 a long time ago. Long enough that it's difficult to pinpoint when I started it. But a whole lot of levels are behind the times -- and by that, I mean their premises are simple due to a previous lack of tech. Back then, I didn't have checkpoints, I usually didn't have the lethality check hotspots, and I sure as hell didn't have what will be the C path's save system.

This is quite a pickle for Therium-2, because unlike the default campaigns, Therium-2's levels are not linear in the same way as Overgrowth and Lugaru's is. You can skip levels and visit them out of order in S1, and you could very well be playing two different campaigns entirely in S2, so a script for saving progress needs to be made from scratch. So, for now, every single level in Therium-2 is selectable from the very beginning in a specific menu. Not an ideal solution at all, but it'll work for the meantime.

The first words uttered in Therium-2 are "Come on, then" -- hardly exciting. I've received some feedback from players that the prologue does very little to explain the narrative stakes, who Ghost is, his past, or even what the Cinderbreathe Empire is. Luckily, this is one thing I most certainly can fix somewhat quickly. I'll be writing and creating an entirely new level before the prologue detailing all these things, giving a look into Ghost's 'normal' life before the events of the game begin.

So how about that C Path?

I have plenty of things to say about the C path. First thing: 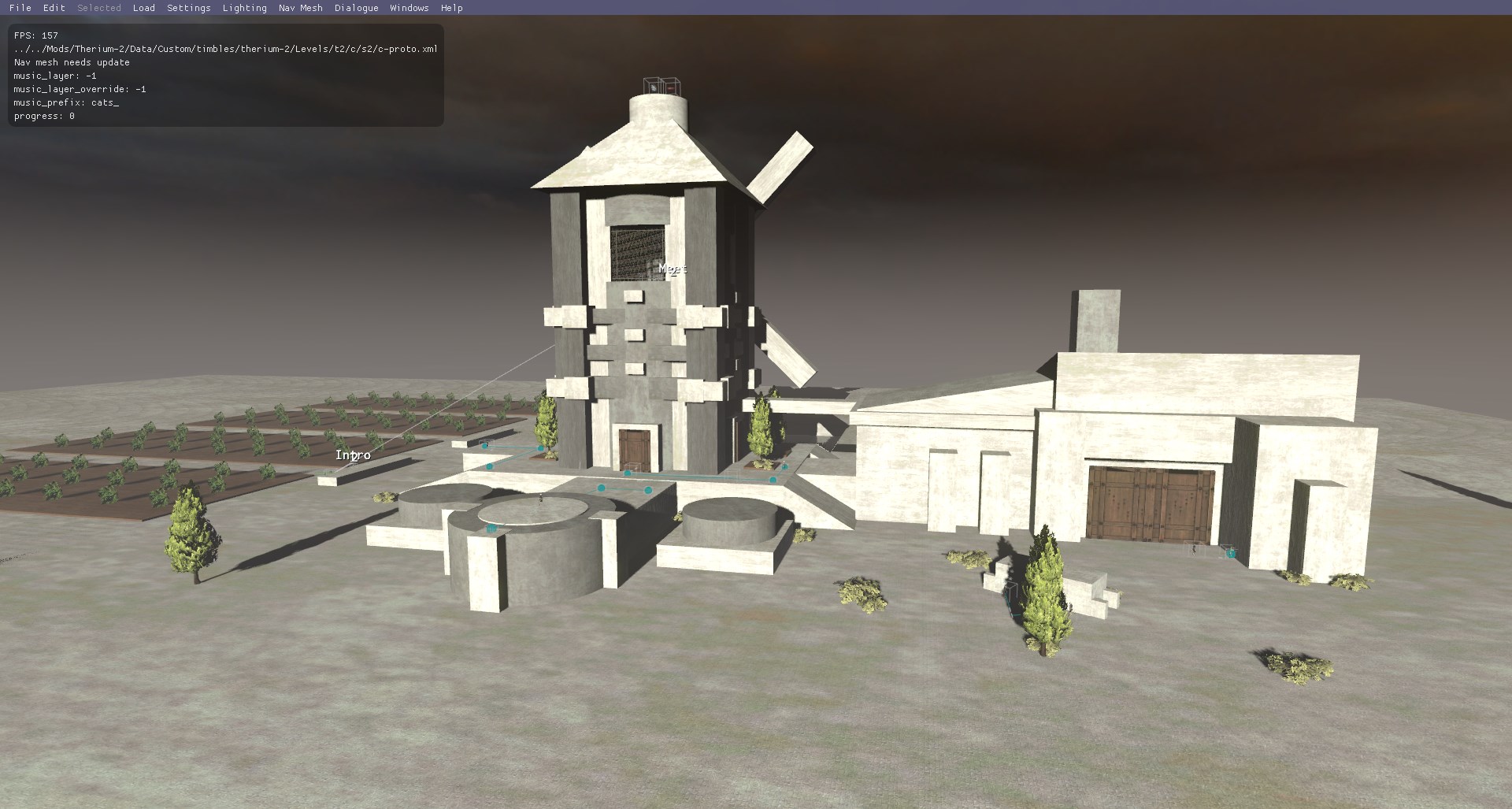 The C path will be developed for quite a while, and it won't be coming out any time this year, or maybe even the next. I'm going to take my sweet time with this expansion, just as much as I did with the base game (well, maybe not as much). Right now I only have two semi playable levels which might not even make the final cut, and I'm not completely sure what the plot will even be past a simple premise.

I'm planning for the current lethality scripts to be expanded significantly, like saving your lethality state for each level, and how many times you've been detected. If things work out flawlessly, I could make a graveyard of every single enemy in Therium-2, and have their graves bear unique inscriptions depending on how you killed each individual. At least, that's the goal. These scripts'll be used to give unique and dynamic story scenarios, multiple endings more complex to discover compared to the current simple choice system in the base game, and wildly different characterisation from Ghost.

I'm working with CrystalWarrior/Jack Noir to make scripts for Therium-2 that allow Witcher 3 style dialogue choices that affect plot and character development, and if everything works out well, the dialogue choices will even change depending on your lethality and playstyle (playing into the previous lethality scripts).

If you've wondered who made the ruins on the Therium, what that mysterious cog-like symbol on certain ruin sites means, who the strange men in the secret ending are or even why there are ruins, the C path will explain so much. The environmental storytelling will expand using cave paintings, using symbols only decipherable by searching for books and notes, and there'll even be plot twists hidden entirely inside the lore; I plan for nearly every level to tell its own unique story of the various aspects of Therium-2's lore, even more so than before. One thing's for certain: after some of the revelations in the lore for the C path, the base game levels and clues won't be the same again. 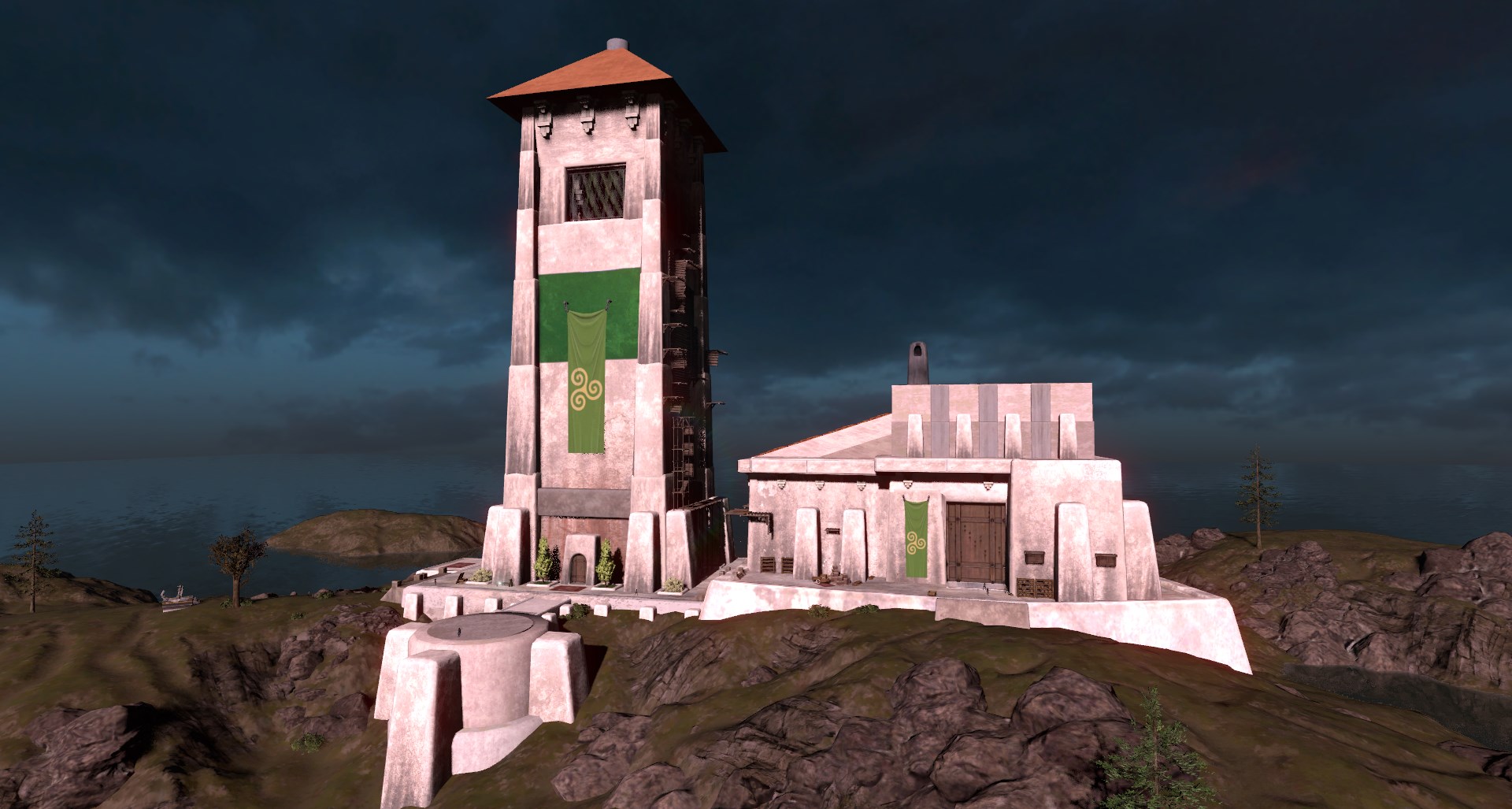 I usually act "professional" about comments, feedback, reports and etc, meaning I usually don't reply to compliments with much other than "Thanks". But to all of you who have played Therium-2, or even those of you who enjoyed or loved Therium-2...

Thank you very much. I hope you'll enjoy everything else I create. 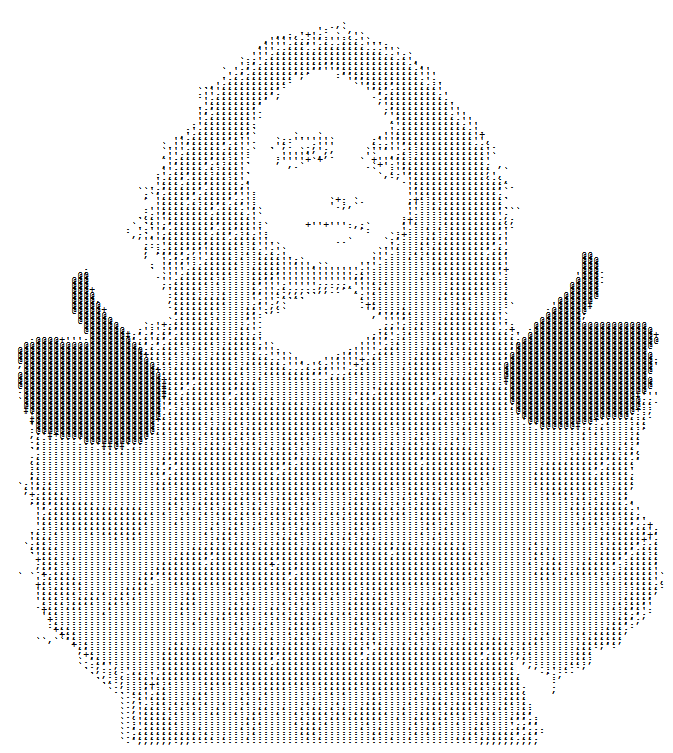 Well done on therium 2 it was awesome, really liked the openness of the levels compared to OGs area like levels. As a side note i finished both storylines and got the codes for the .zip file but I don't know where to find it. I subscribed on the steam workshop, maybe it saved to a different location? (I havent looked much into it)

I want to read the full story of Thereium-2. I want to know all the lore and background and details, so that the game makes more sense to me.

By the way, the Arlissian buildings and gardens and such are really beautiful. Shame the cats are such enslaving buttheads. :-D