The second devblog of Portuguese Civ Mod III, which showcases the new gameplay feature that will be added to Real World Maps!

Posted by danielpereira on May 6th, 2017

As it has been announced in the website, the next major release of PCM won’t be just another patch, but a new version: The Portuguese Civ Mod III! While it’s not released, small devblogs will be posted from time to time, both here on ModDB and on the website, showcasing the new features that PCM III will include.

Some of the new features of PCM III will be:

Even though the Real World Maps are surely one of the most remarkable features that The Conquerors expansion introduced, one must admit that there aren’t many differences between a Real World Map game and a Random Map game. So, in order to make the gameplay of those maps more distinctive, PCM III will include a new feature for Real World Maps: the Rare Resource system, about which we will talk in this devblog!

If you are a Rise of Nations player, or if you have heard about it, you are surely familiar with the term “Rare Resource”, and you’ll surely notice that this system is inspired on the one from that game. Although PCM III’s Rare Resource system shares some similarities with the one from Rise of Nations, it is quite different. So, it’s time to start the actual showcase! 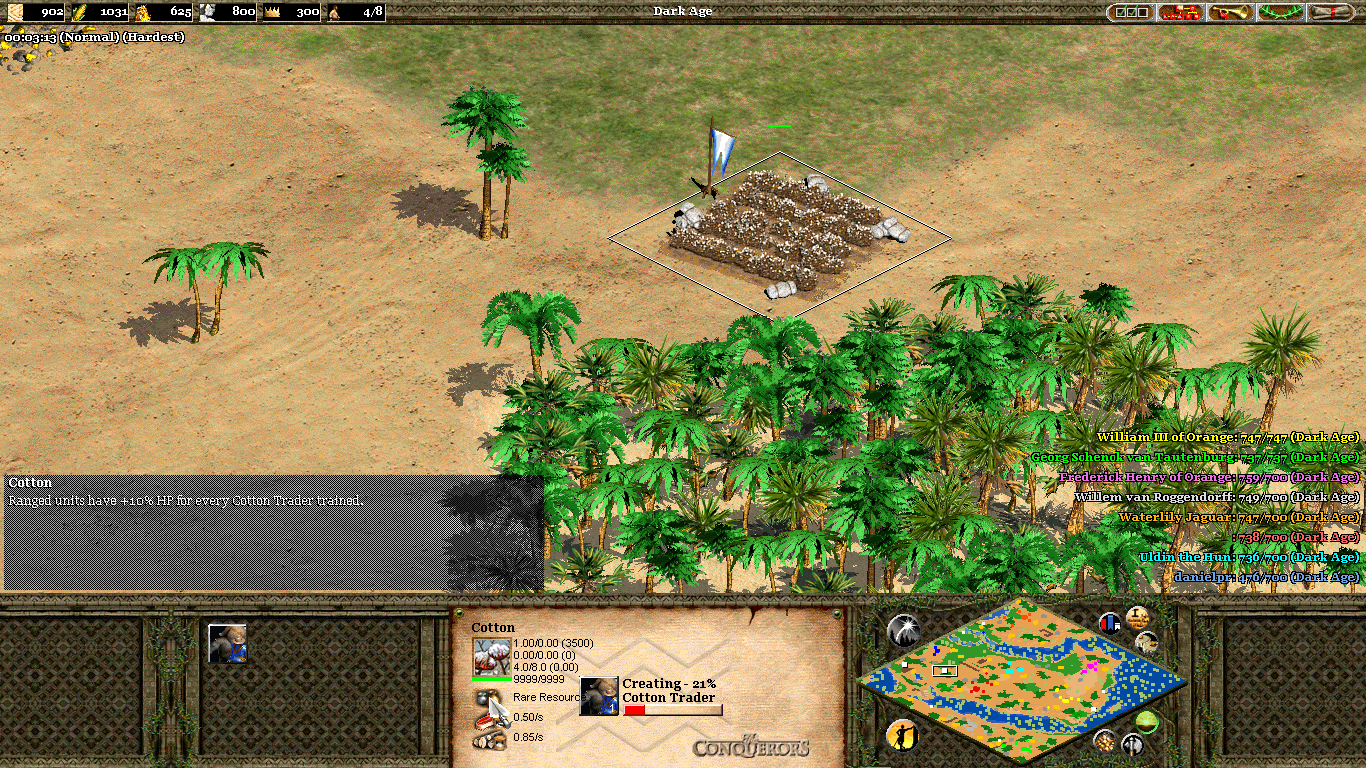 In PCM III, every Real World Map will feature 3 distinct Rare Resource objects. Rare Resources can be captured by players (just like Monuments, in example), and, once captured, they’ll grant a trickle of one or two resources. In the screenshot above, the Cotton Rare Resource is shown, that generates trickles of food and wood.

Besides of that, they can also grant a bonus to the player who captured it through the Traders of that particular resource, which become available for training at the Rare Resource when it’s captured. We will give more details about those units in the section below! 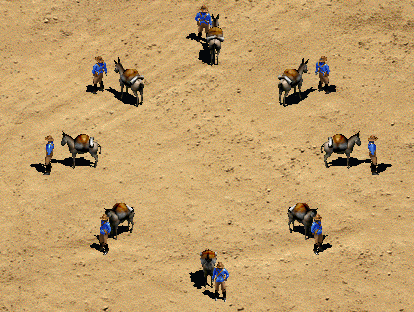 Trader graphics made by Achesun

When trained, Traders enable the bonus of their respective Rare Resource and, if the bonus is already enabled, training additional Traders will boost this bonus. Traders can also trade between markets like other land trading units, while generating more gold than ordinary land trading units. 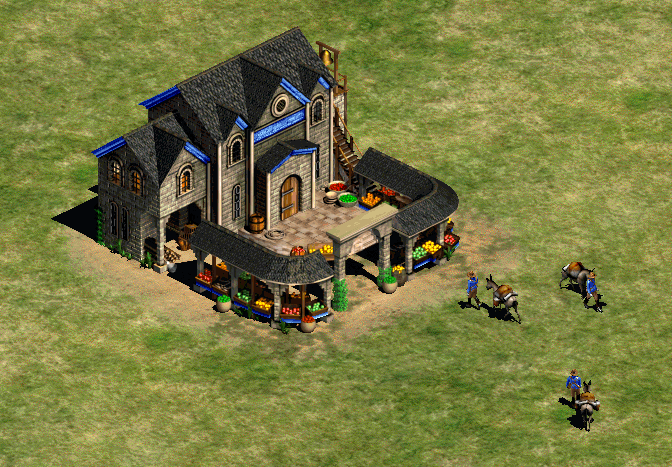 Traders do not take up population capacity, but, on the other hand, the more traders of a particular resource you have, the more expensive they are and the more it takes to train one of them.

And this is it, for now! Stay tuned for the next devblog!

Just as in PCM I and II, in PCM III, only some of the original scenarios are slightly edited to add/replace some units and scenario objects.

I'm glad you liked it! Thanks for the kind words! And I surely won't give up ^^

I love this mod! Thanks for the updates :D

First of all, sorry for not answering you in Spanish: even though I can read texts written in Spanish, I can't write in Spanish quite well!

The latest version of PCM II can be found at the following link:
Moddb.com

I hope I have helped you!

¿which are the 8 civs what do you say?