Pokémon3D got updated to version 0.21. It contains new story parts and better battle mechanics. Also, a lot of bugs got fixed. 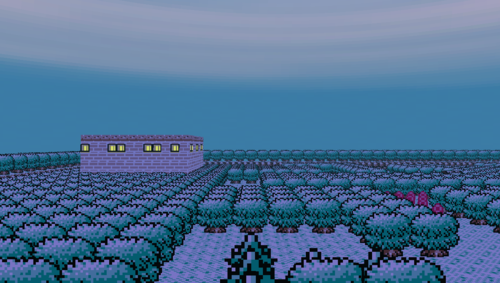 Pokémon3D version 0.21 is released and ready for prime time!

Here are the additions and changes:

To download the update, just open the launcher and wait for a message to pop up saying that a new version is available.

It's been 7 days and you've added so much! Thank you!

if you can.do a spanish languaje i want to invite people.the best wishes to the proyect from argentina

Amazing! I haven't had a chance to try this game yet but the frequent updates is very respectable of you!

Nice update ... Navigating the Ilex Forest seemed a Pain in 3D but I can hardly wait till next weeks update :D I save in front of the Ilex gate so I ready for the next update. Kudos on making Old Save files transferable to the updated Game hopefully this will remain trouble FREE in vO.22 Onward to completion ^^

I dont know if it was just me though but some of my settings on my save files from v0.20 after loading them on v0.21 were reset hoping more moves can be added every update till Most if not all moves are in. Anyway keep up the great work

I want to make the files compatible every time now ;)

Cool. Thanks for the reply and keep up the great work ^^ Maybe after Tax Time or once I finish paying off one of my debts I can shoot you a Donation on your website towards Future development and costs of making the game ^^

found a bug>.>
just lvled my jigglypuff to 13 and it learned tackle not disable....

oh never mind, on further research, that move hasn't been put in yet. My mistake. Keep up the good work!

In the slowpoke well when I walk down the stairway I get under the ground (sometimes).

i had the same just use a repel

Same with me, i had to go back to a previous save, which for me wasnt too bad cuz im waiting for updates haha

Loving the frequent updates. I hate it when indie games get cancelled. Keep up the amazing work!

Is it possible to bring an option to the game were it loads all routs you can enter via your actual? So you wouldn´t have this cliff of death.

sorry if there are any spelling mistakes :-)