Announcing our upcoming patch to version 2.42, with partial changelog and a couple of screenshots.

For those of you who don't read the forums you will have missed a lot of talk over the past year. We apologize for our lack of attention to this news page and accept that it could seem as though we've abandoned the FF project. However this is NOT the case!

We are still very much active and are continuing to evolve and improve Fortress Forever.

We have been testing a lot of big changes for the upcoming 2.5 patch--adding new weapons and even going as far as completely changing how some classes operate. Some of those changes will make the cut, and some won't, but we realized that there are a number of small changes and bug fixes that we want to release. Hence, the 2.42 patch.

Where we're at right now

Squeek and Dexter have been working very hard merging changes from our beta build and have, as of last night, got it up to date so that we can shortly begin testing release builds.

There are a few (four or five) changes which are still up for debate as to their inclusion in this patch.

Can we have some idea of what to expect in the 2.42 patch?

That's only a portion of what we have in store, so watch this space for the full change log coming in a few weeks. 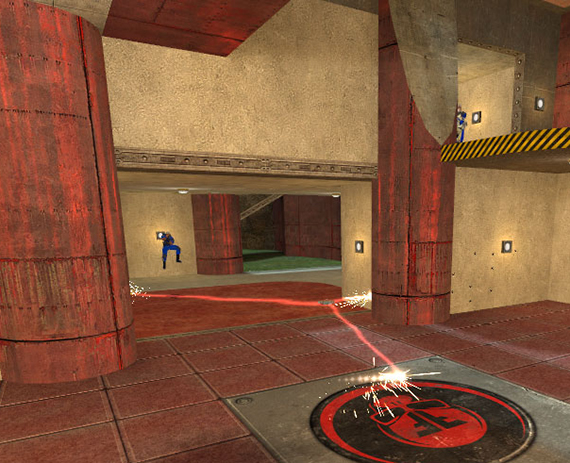 The soldier's new laser grenade can lock down a narrow corridor, but won't fill the entire room with projectiles. 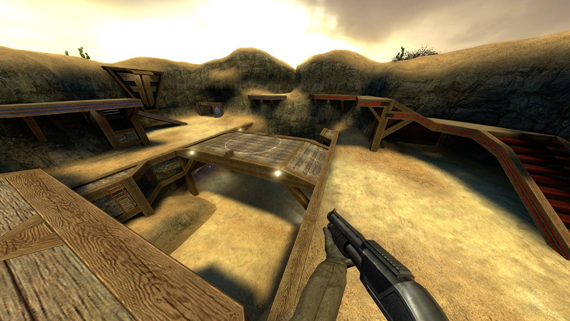 
So what's happening to these 'considerable changes' & the 2.5 patch?

Some of the changes we like, but are waiting for further testing, appropriate models, and textures or coding in some required changes. Some items will be cut in the end, but 2.5 will contain some radical new changes that we've been having a lot of fun with.

If you want to help get this next patch out the door, consider joining the beta team! We are always looking for active players who can attend tests and give good feedback. Apply in the forums. If you have developer skills such as SDK coding, modeling, animation, or level design, see our jobs page.

This mod can never die, it must LIVE!

i hope this gets steamworks ^_^

dude, this mode came out like 2 or 3 years ago, and it still hasn't got steamworks.
I know its a pure shame, but do you really think this will get Steamworks sometime ?
I dont think so minmi.

It's a shame that this mod is rather inactive, whenever I hop on there's like one occupied US server and that's it. Managed to get three other friends with decent ping to play together once, but that's about the only real moment of actually playing the game.

That aside though, ALL the changes listed at the moment seem great, keep up the good work