Hey all, Planet Explorers a0.3 is now available for download in the download section. Check it out and if you like it, please spread the word.

Its been 3 months since we released Planet Explorers a0.1 and we've been working hard at Pathea Games since that time. Now, we have something to show for, in the form of a0.3. It is available now in the downloads section.

With a0.3, we've added lots of new features, including: 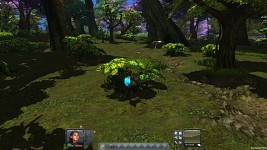 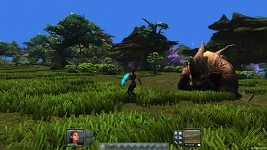 There are several systems that we're extremely proud of including the LOD and the creation system. With LOD, one can see a long ways off, giving the world a real sense of scale. With the creation system, we're allowing players to build whatever hand held weapons they want (with more options such as cars and planes later). There are still bugs and incomplete features, heck, we had to pull off several all nighters over the last week just to get this build stable enough for you guys to check out. So please bear that in mind when you play it. 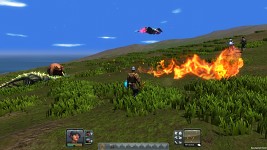 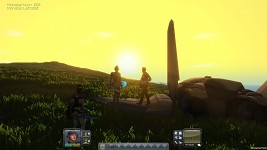 With that, please also look for a0.4 coming in a month time. In that version, we'll be adding a randomly generated multiplayer adventure map, swimming, forest creatures, and more.

Also a note on the multiplayer, we only have 1 server up for this (so maybe 4-5 games at the same time?) and there are some notable bugs, so this might be a bit frustrating to play with for now, we'll hopefully put up an update in the next week to get some of the bugs fixed.

I couldn't wait for this release!

Awesome release! Nice to see a fully-working player customization screen. However, there still seems to be an interesting bug which is caused when a first-time player attempts to skip the into cinematic after making a new character for a new game. Instead of successfully getting past the ensuing loading screen, it causes the game to CTD (Crash To the Desktop). However, after you've successfully past the loading screen, if you create a new game and character and skip the intro cinematic, the game doesn't crash.

Nevertheless, awesome update guys! Can't wait to see what you come up with next.

It seems to crash with "High" graphics parameters (High distance etc..). And do you have the about having no alien animals ? I only have NPCs in my game, no monsters.

Nevermind, everything seems to have fixed after a third try xD

We've been hearing about this bug from some people, it might be because when it's running for the first time, it tries to load a bunch of asset bundles causing the ram to go over the limit and crash. We'll look into it.

I tried to play but each time I start a new game, I fall through the ground level (there is no ground at all, only floating grass) after the intro and I can only drown.

Can you send your game output log to admin@pathea.net as well as your PC specs. Thanks.