Hello! It's been a long time. I decided to stop posting for a while to catch up, and now that it's almost finished I made the decision to make regular updates. Here's another crush!

I decided to stop posting for a while to catch up.

Because this is a school project I felt very insecure and didn't want to post or show any progress (even to my teachers who may or may not be reading this) as I felt nothing was good enough. And if you're like me and overthink a lot it can honestly stop you from doing a lot of things the right way. :((
Nevertheless, the deadline is approaching (oof) and I also gained more confidence over the summer while drawing more things so I decided it was about time!
I also don't know if devlogs are a good place to rant about these kinds of things, but I decided to be more honest and just write what I felt!

With that said, here it is, the evolution of the cute boy!

TLDR: To those who don't want to read what I wrote: Don't overthink, be confident and just do it! (#inspiringpeopleslives)

Initially the idea for this character consisted of a very bright young man who appeared manly on the outside, but deep down had very peculiar tastes. He was someone who enjoyed cute things, soft colors and safe spaces to heal from time to time. A very gentle soul.
He also had a lot of insecutities that were caused by years of bullying, but he made it through and became somewhat successful in his life.

Unfortunately, the idea didn't grow on me and he didn't fit in with the story as I planned, so I changed him!
He's still cute, but instead of a gentle soul he became someone mischievous and a little more upfront (just a tiny bit) to fit in with the other characters. The insecurities are still there, but they have a different story and are directed at something else.

This was the first sketches I did of him. He's wearing gym clothes and is very muscular. 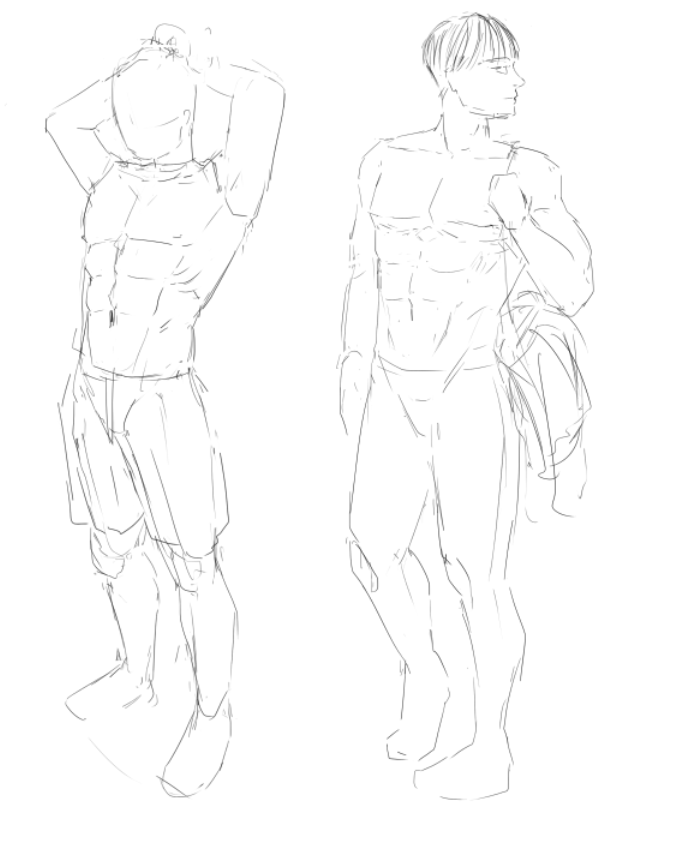 This was when I decided to change the idea and searched for new references for his face and overall vibe, while keeping his original fashion style. 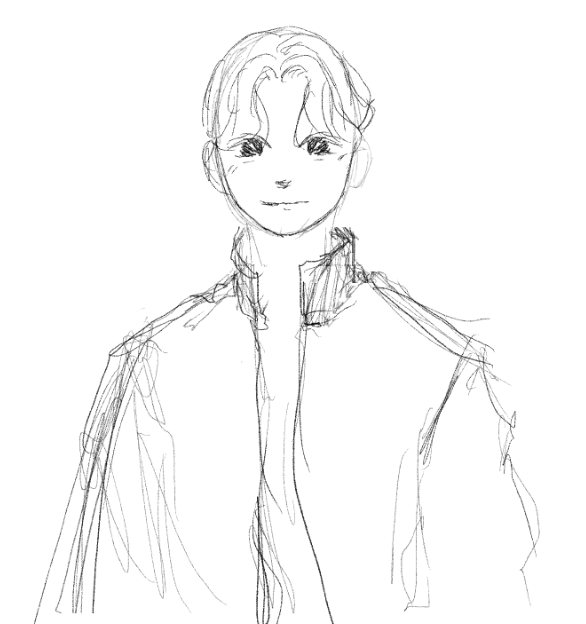 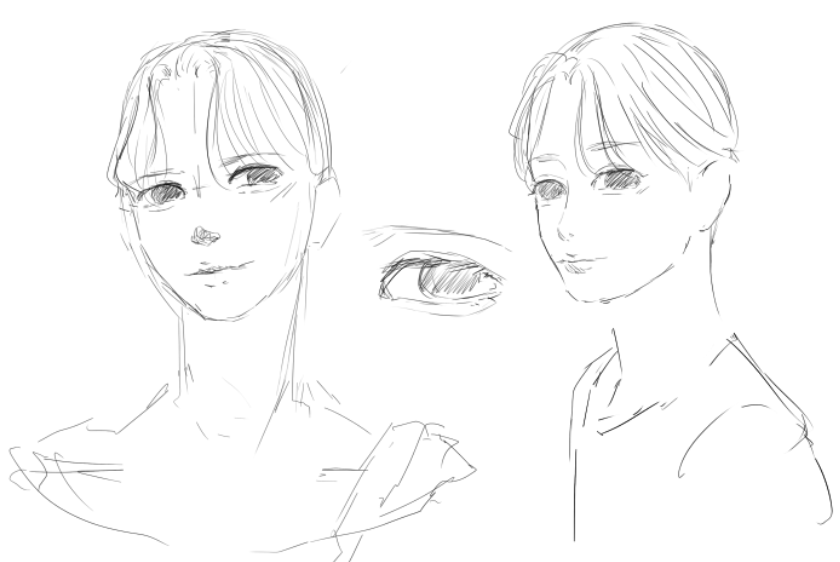 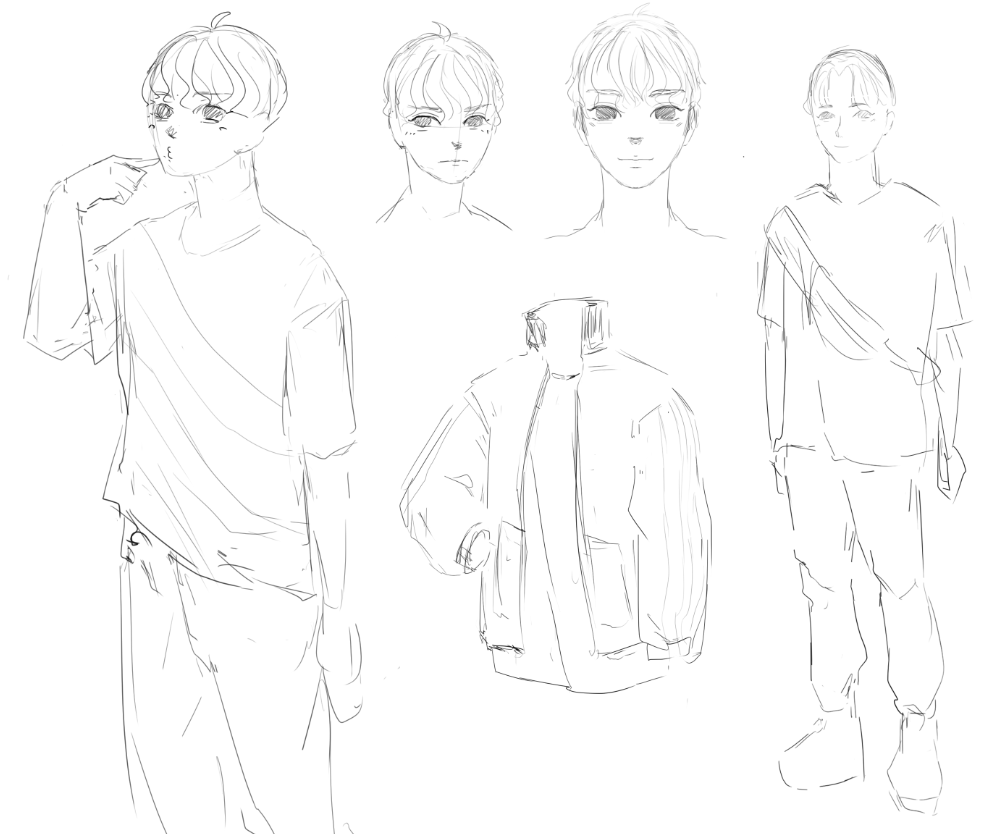 I wanted to portray his cuteness through his face, and in my head I thought the sketches above represented really well the vibe I was going for, so I stuck with it and started working on the poses. 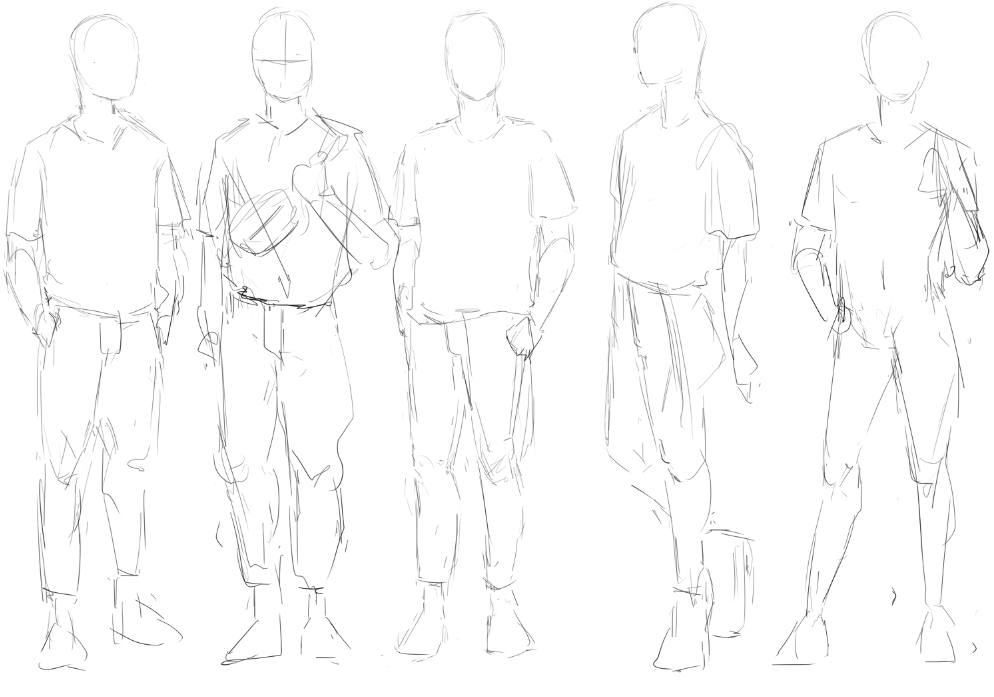 Then worked on the clothing: 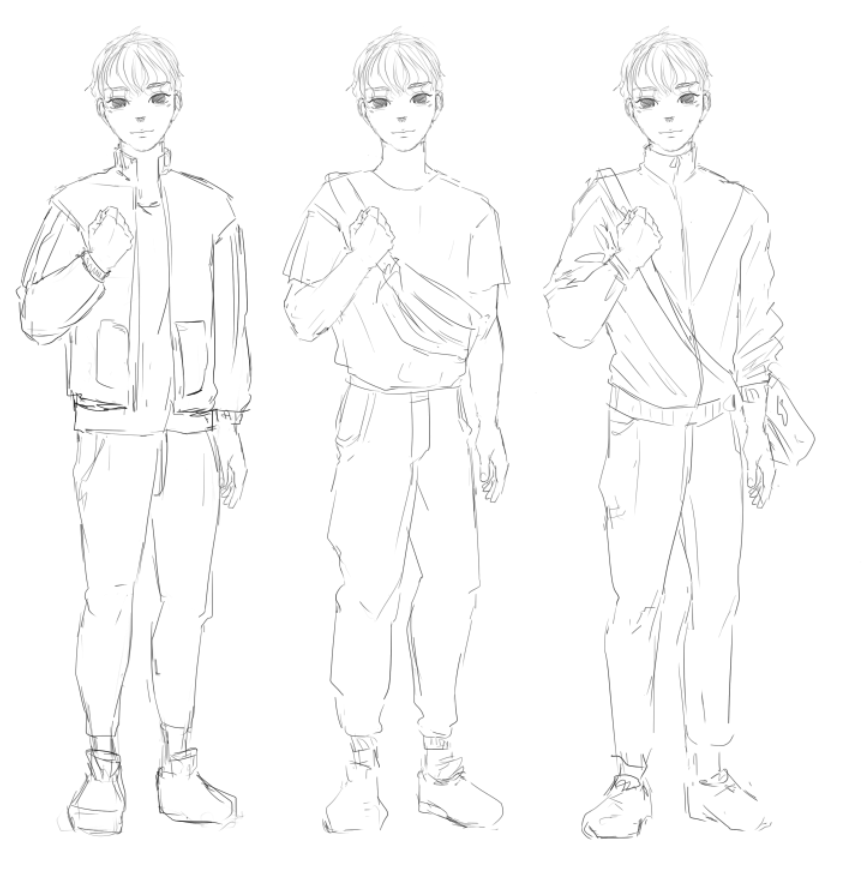 Now beware of its final form! 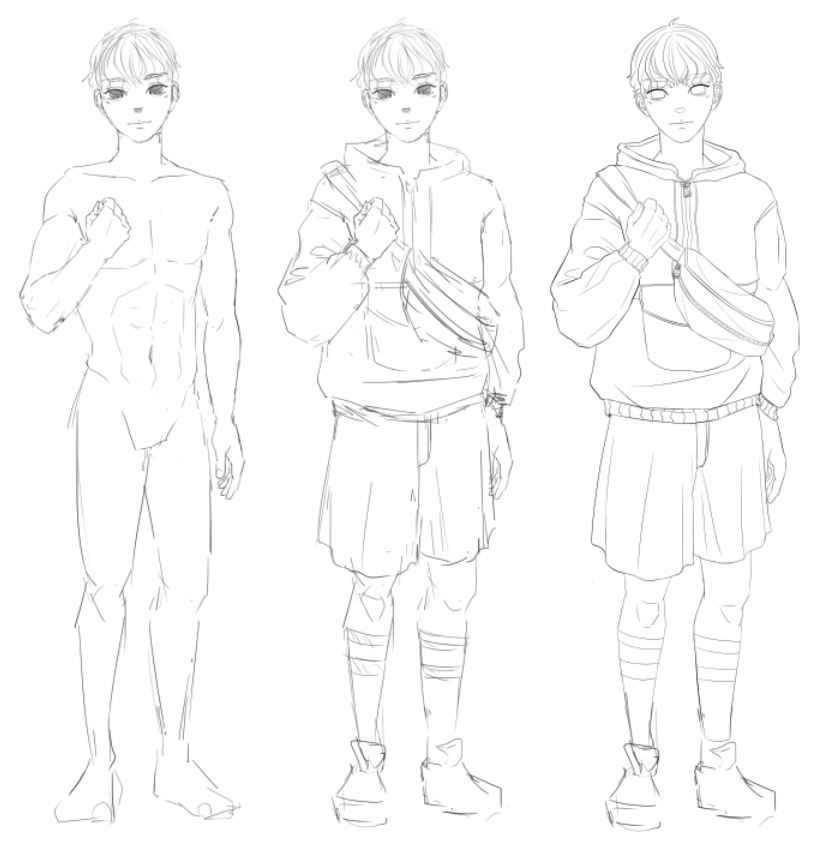 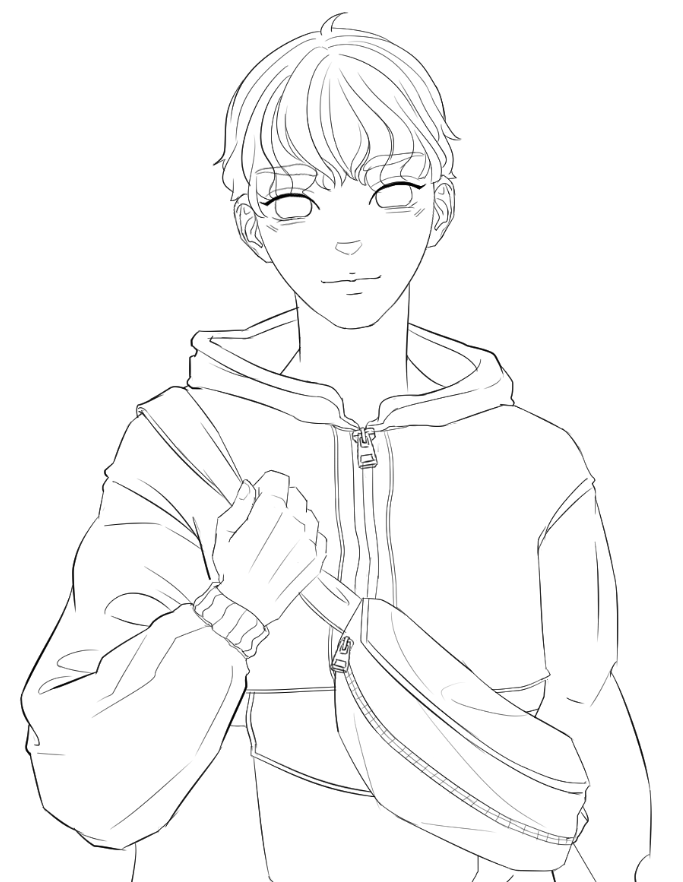 I think he turned out how I invisioned him ^^ What do you think? I plan on showing all the characters painted at the same time, so this is it for now!

Thank you for reading until the end (especially to anyone who read my rant), and see you next time!

Sometimes you have to trust your gut.
Good job! Looking good.

Indeed! And thank you so much!

We are loving your development, hopefully we will be able to play it soon! Keep up the great work