Hi there, In this update please find 4 more screen shots of the Peenemunde Rocket Research complex where the player go's back in time to do various missions. The Screen shots show the area of the map that is past the V2 laboratory which was shown on the last update here. 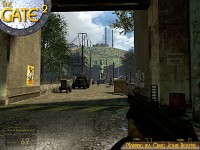 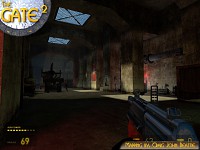 The V2 Rockets featured in these Pictures are not just static! They actually use a process that was used in HL2 episode II maps where the model is dynamic and when exploding the dynamic parts of the model explode to towards the player and the whole surrounding area and thus causing a kind of shock wave. The effect is nothing short of stunning & really brings the map to life.

The V2 rockets have also been modeled to actual scale so they appear as they would in real life, and let me tell you guys they are massive!

Hope you enjoy the pictures & hopefully more to come soon as the map comes to an end!

Me 2, Looks breathtaking; don't rush it