You know what, I'm currently a bit lost concerning the mod-mapset-mod-mapset pattern. The recently ported Adlerhorst Pilot, with its selection of new walls, is certainly a mod. But the previously released Action Pack, with its three single-map scenarios, only one of which was blessed with a couple new walls and a single sprite, seems to be something in between. Maybe it doesn't matter. Fortunately our newest offerings (for there are two) fall squarely in the category of pure mapsets.

So we got two releases by Josh Gershman today. The first one is called Party and gives us three new maps to fight through. The readme does not say much, so I guess you just get drunk, dance to some crappy music and complain about a pounding headache the day after. And where did all that blood come from? "Party" is not a massive creation by any means, as the maps range from very small to middling in size. Their difficulty level follows a steadily increasing pace wherein the initial light resistance of brown guards will slowly grow in numbers, eventually reinforced by the inclusion of SS, all within familiar cramped areas of traditional Mac mapping. Then you will hit something of a roadblock. Good luck.

Then we have Rockin' in the Dungeon, which means it's time to renounce pop music and low brow electronica and do some headbangin' instead. While the number of maps has doubled (6 maps in total), they are instead all miniscule in size, very simplistic, and abandon all notions of difficulty progression. In short, another exciting Wolfenstein adventure.

I'm not actually sure which Encounter are these maps meant for. It's certainly not 1st, since there are some objects that do not appear there. It's either 2nd or 3rd. I went with third, and it really should not matter either way, but I'd rather keep you informed.

Finally, I gotta give yet another shoutout for Dermuda, who took his time to browse a backlog of old Mac magazine cover CDs, uncovering a ton of obscure releases as a result. These are just two of many. Thanks!

===CREDITS===
Josh Gershman. As is often the case, he gives his e-mail address: Joshabc (at) aol.com. But AOL is not exactly at the height of its popularity these days, so... 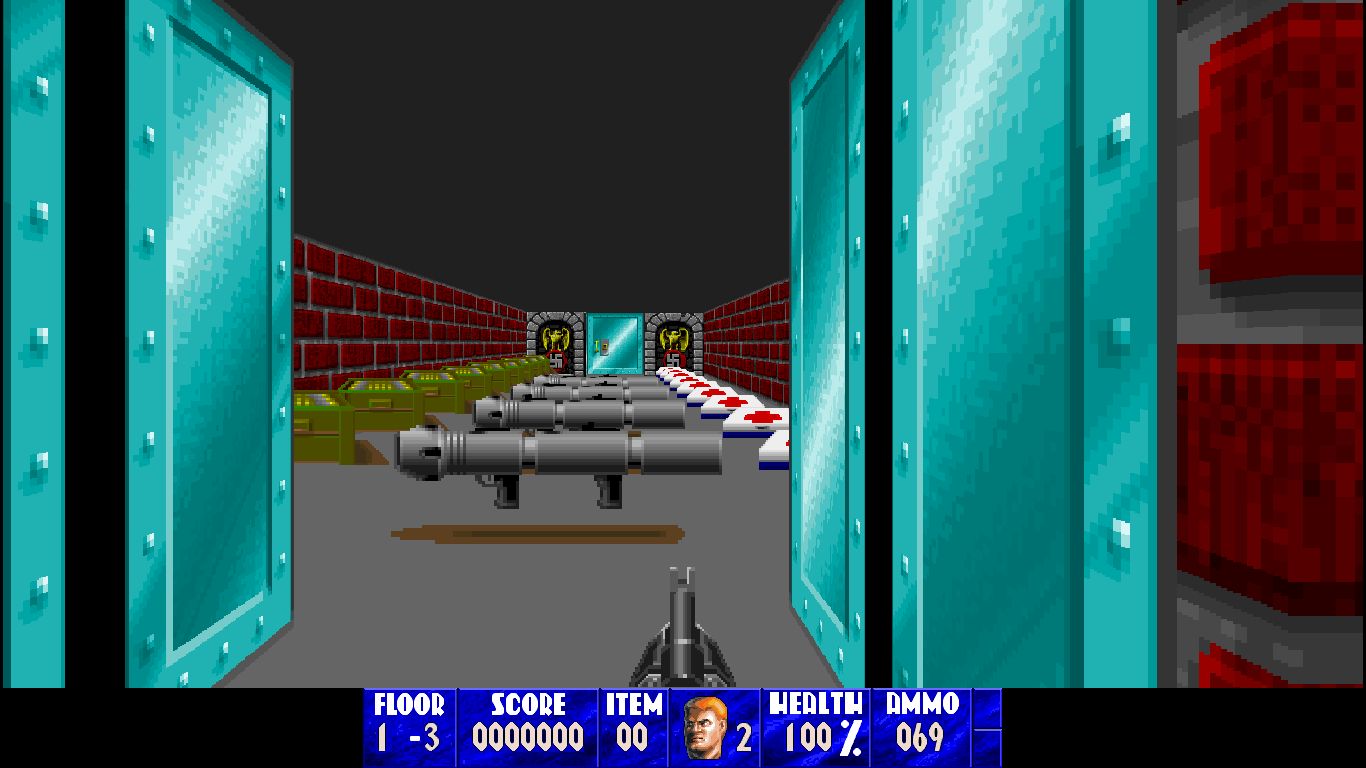 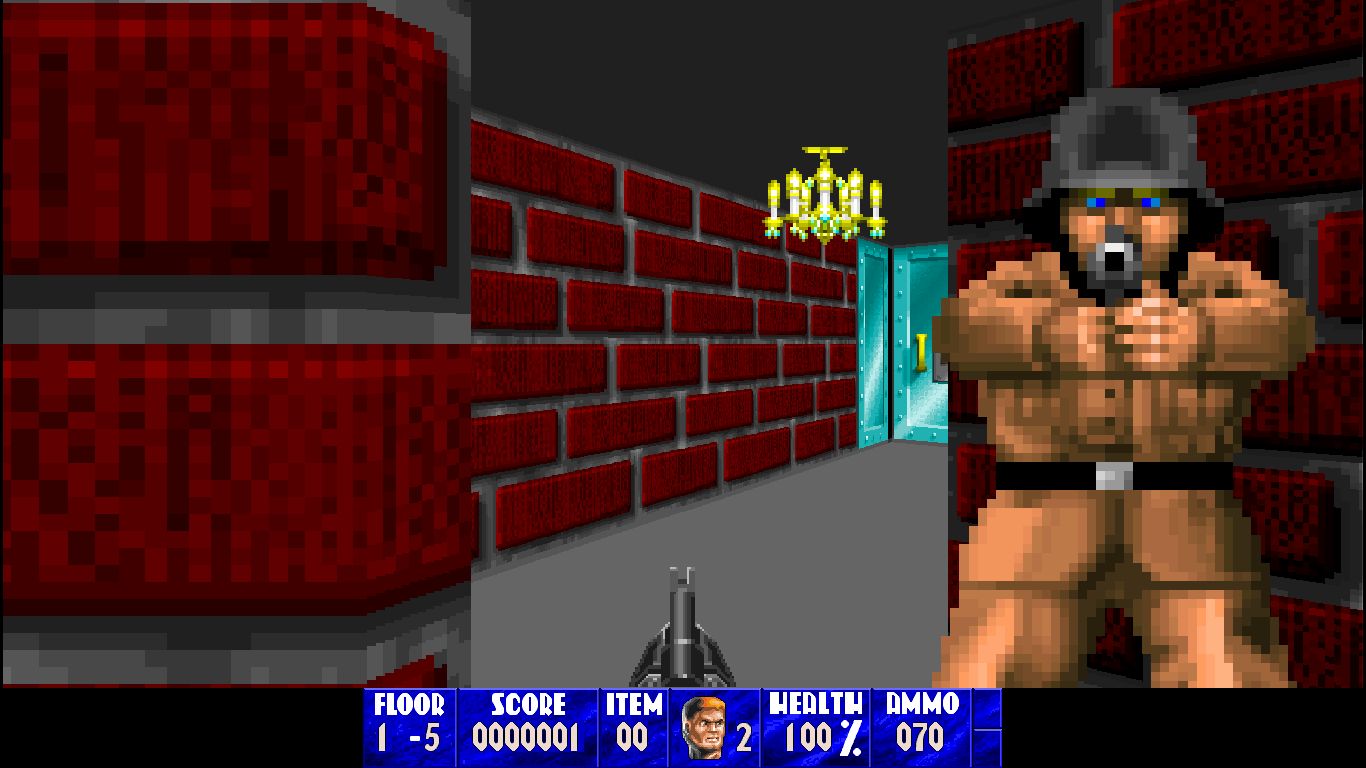 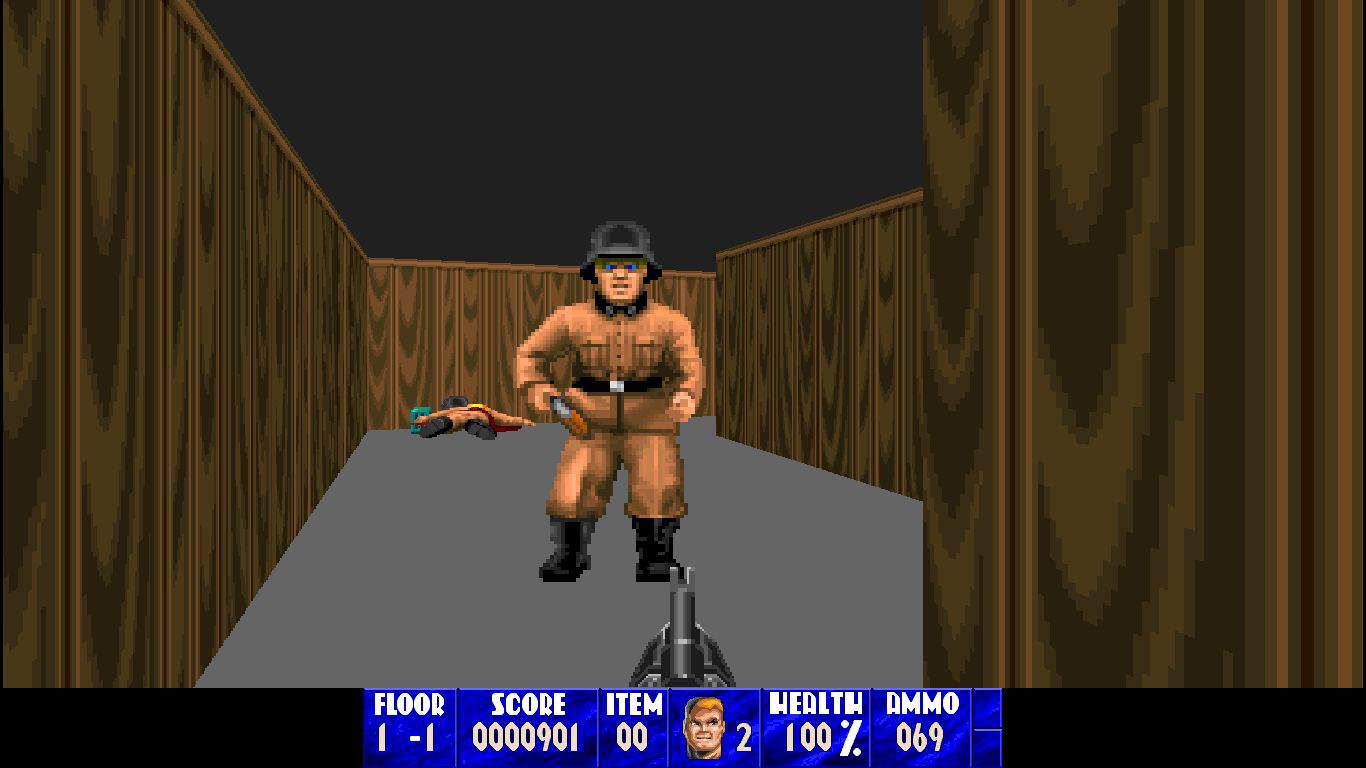 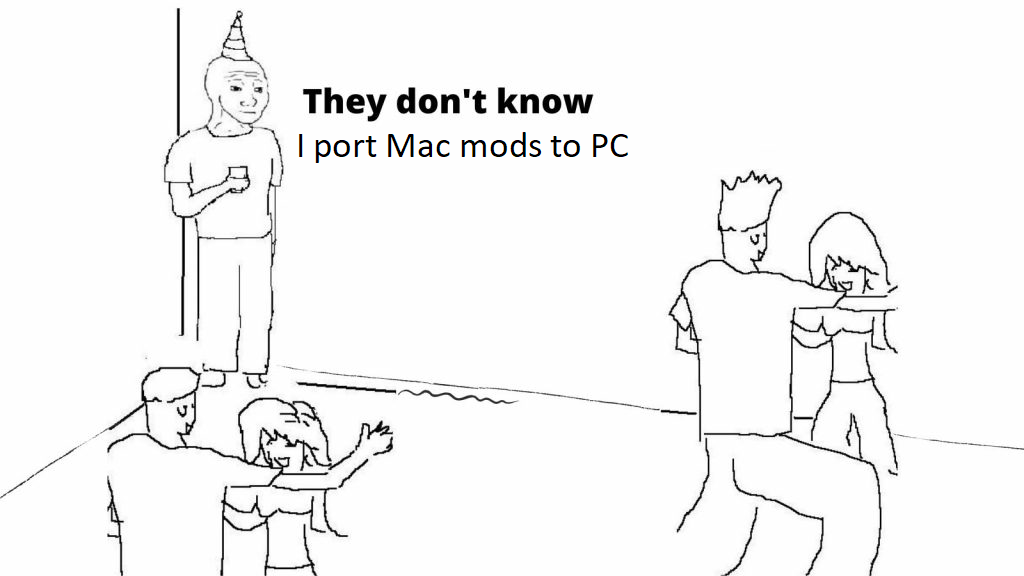