The first part of Overheid is out now. Go to the downloads section to grab it! Later in the week, I plan to have an installer also available for those that prefer that.

Overheid is out now! Go play it, and give me your feedback. And most of all, enjoy!I'm just releasing a .zip file today, but later in the week I plan to have an installer also available. The plan is to release each map as its ready, or as it makes sense. And right now, I've got 7 maps planned for the initial release. 1 down, 6 more to go. 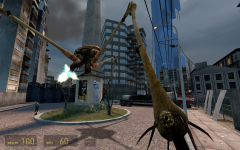 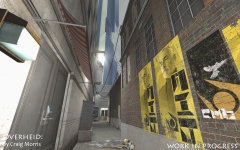 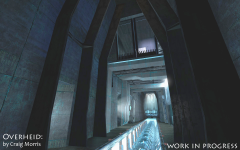 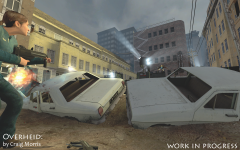 Thanks for all the feedback and support so far guys--it wouldn't be what it is now without it.

Finally! I really liked the demo...

The people have spoken.

looks good, when I get home I'll give it a playthrough, then spread the word.

Make sure to submit this to planetphillip.com

Good call. I'll do that, thanks.

Any plans for using voices in the later releases instead of text like Minerva?

I loved it. Can't wait to play the remaining maps. Keep up the excellent work.

I've considered it, but I don't have definite plans one way or the other yet.

Just played it, it was. Okay, here is my review, sorry if you think it's to harsh. Dl.dropbox.com

Well, thanks for taking the time to offer feedback at least.

Just to set the record straight, none of the game ideas are taken from Minerva. I'm using text instead of v/o like Minerva did, but that's all.

Regarding the basement, it sounds like you had some trouble with that part. Nothing about it is broken, though.

Not only was it harsh, you're also wrong about most of it. Ever worked in Hammer? Also, his maps are plain beautiful.d

Your review was totally incorrect, cesig you ROCK, Overheid you ROCK!!

Not bad my only problem with the 1st part is that it was too short XD but the quality was superb at the very least. I also had a minor issue with frame rate dropping a little bit which concerns me as your larger maps may kill my PC XD Guess its time to upgrade it XD

Big + to this mod is that all my old HL skins work for it :D I just swapped the HEV hands for Rebel hands :) & changed my crowbar to a pipe wrench >:3 I cant wait for the next part :D

Yess.Yess!! Been waiting for this!

I just finished it. This was an excellent map, a tad on the short side, but nonetheless fun. Only fix I would make to it is to have some sort of unbreakable crate to get over the wall near the end; I accidentally broke the crate, and had to stack other objects to get across.

I hope I get to fight a Strider in the next chapter!

Great mapping but did I miss something or it was really five minutes long?

Yeah. Right now it is but I've got several other maps in the works that will continue where this one leaves off.

would be nice if it was coop

Nice! I like what I'm seeing here. Looking forward to future maps in the series.

Looks beautiful, it's featured in our recent releases post Modsentry.com and theres a good chance that I'll review this mod!

That would be awesome, Sharkz. I hope you do!

With that as a mere footnote, it was a fine map.