We are proud to announce the start of the OPEN BETA for the upcoming Jungle DLC for 'ORION: Dino Horde' on Steam. 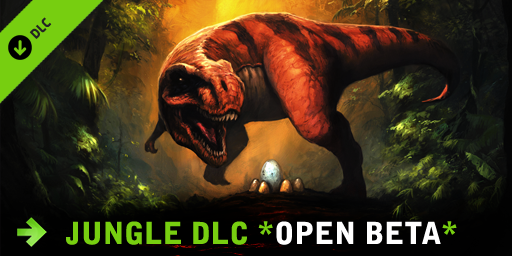 This is a work-in-progress preview at ALL of the upcoming content in this massive (and free) content pack, including:

We are not launching this beta with any dedicated servers as we want to do a few tests and gather as much early feedback as possible so we can put out any (if needed) immediate patches and hot fixes. Once everything is assured and confirmed to be running smoothly we will update the Dedicated Servers and make them available by no later than this weekend. For now we recommend that you host your own Lobbies or Servers.

WHAT IS IS STILL COMING

What will not be present during beta but available at Launch include things such as the Steam Trading Cards and New Achievements.

This is a friendly reminder to all of those who participate in this Open Beta even for 'ORION: Dino Horde - Jungle DLC'. Everything that you accumulate leading up to July 24 (public launch) will be reset and lost. This is a testing period only.