The OpenMW team is proud to announce the release of version 0.24.0! This release brings the much-anticipated animation layering feature, Athletics, Security, Night-Eye and Blind, along with a plethora of other fixes and changes. Oh, and openable doors! GO OPEN SOME DOORS!!

The OpenMW team is proud to announce the release of version 0.24.0! Mosey on over to our newfangled Downloads Page to find releases for all operating systems. This release brings the much-anticipated animation layering feature, Athletics, Security, Night-Eye and Blind, along with a plethora of other fixes and changes. Oh, and openable doors! GO OPEN SOME DOORS!! 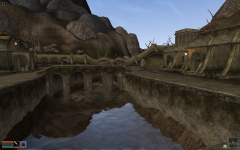 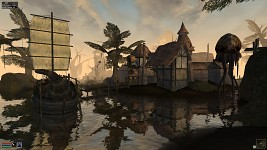 Check out the release video by the unstoppable WeirdSexy:

Good news, this is becoming more playable update by update. Would it be easy to post it also under the game's news, so that people "watching" the game get notified?

It doesn't seem to be possible to update both the game news and the engine news with the exact same update. But even so, the making of an OpenMW game page was actually a mistake from the previous PR guy for obvious reasons. I am going to update the page though with news of our example suite which is going to be a minigame in the style of Morrowind (although with public assets) to show the possibilities of our engine.

Thank you for posting it here as well as for the clarification. Since there are a couple of people confused about the difference between engine and game, like I was, maybe you could write a sticky post/feature explaining the differences so that they know which one to track? I might be mistaken, but the majority of trackers are mainly interested in the reimplementation of Morrowind, so they should rather track the engine in order to not miss out on future posts.

Excellent job! People like you make old games immortal :)
I'm looking forward to play it when it's finished.

Just one question : Will the game be somehow optimized for current-gen computers?

It's important to understand that OpenMW is not a game but an engine. To be more correct it's going to be a modern open-source engine with enhanced custom editor based on the original Morrowind engine (v.1.0), post 1.0 versions will enhance the engine/editor in terms of extra modding capabilities, stability, etc. . you should watch this video for which covers also your question. Youtube.com

Whats the difference between this and retail version of Morrowind ? (Since you need retail MW to play this)

it is basically the same, so don´t expect better graphics, animations, combat etc. but and that´s a big BUT they put morrowind in a modern engine and they will make it open source. that means that we all are not longer limited by the morrowind engine and that we can change, add and mod everything we want(for my understanding ;)).

openMW is one of the most important projects for me :)

pretty much nailed it. The goal is to rebuild the engine from scratch, doing so means that the game can then become fully open sourced, this has huge advantages that outweigh traditional modding. So yeah its a biggy.

Default morrowind walk anims?
OpenMW, I love you, but you gotta stop doin' that!