Xarelok is in development for a full year now, and dhk Games reviews the development process.

One full year of Xarelok development has passed, and so we feel it's time to look back and review the progress, shall we?

The work on Xarelok was started back in November 2009, with dhk Games being founded at the same time for this project. We started with nearly nothing in resources, skills and experience. However, we had great hopes and ideas for this project at hand. 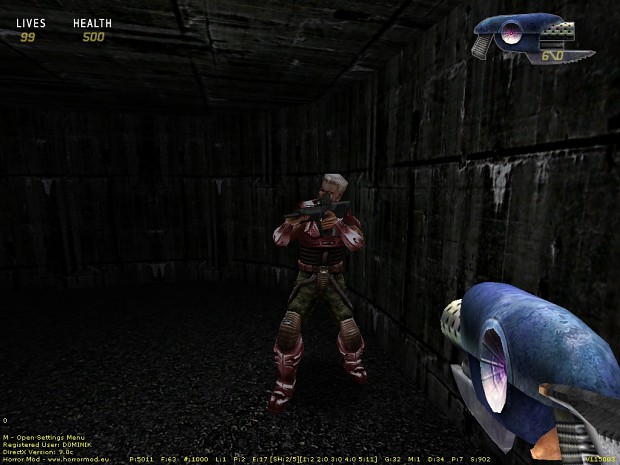 A lot has been done on Xarelok over the past year, and you can watch the progress yourself since the game announcement on 28th February 2010 on the web. 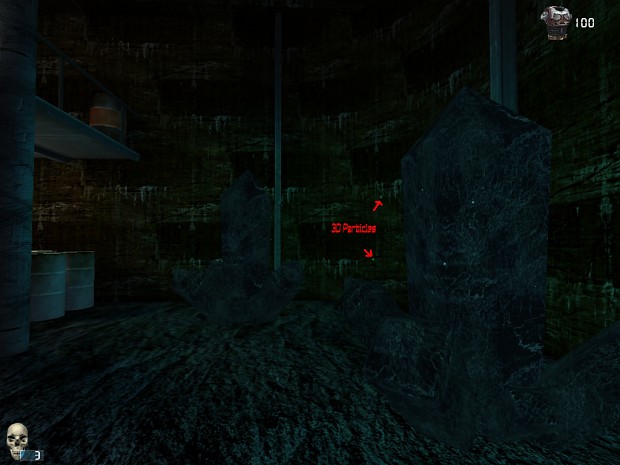 Thanks to the 'Horror Mod' source code modification for FPSC, we've been able to design and implement our own 3D particle effects. Examples of such are spark effects on the crystals inside the mines of Gor Rugi, smoke and blood effects. We are still considering 3D particle rain, but as we've got to keep permanently watching our framerate, we are unsure whether we can add this feature or not.

It seemed to us one of our greatest advantages is our bumpy texture style in November last year. Since then, we've found there are even much better ways of texturing walls and entities than the way we are going at the moment, and the graphics became much more colourful than we believed. However, we are quite pleased with the texture quality for a first title project, and the bump effect works out quite well.

The promised vast scripting work still holds true today. We believe it can't be said there has an FPSC game been drawn ever before that has such a huge script bank. We're still working on our own enemy and ally AI, both able to perform much more complex actions than most FPSC games have integrated. The Weapon Download Consoles, allowing the player to choose from different weapons to take into the game, are just one result of our heavy script work. However, the development of the engine itself has moved on since we've begun working on Xarelok, and as this game is not compatible upwards with the latest FPSC engine versions, we've also implemented many AI features on our own (such as allies) which are supported by higher engine versions by default today. Nevertheless, the options of customizing our own work as we wish are, of course, very comfortable.

We've added a cool new death animation to all characters, replacing the old one where everyone just falls behind when being shot. Now all characters fall on their knees, and then fall to the floor with their whole body. Additionally, we've rigged cool, unique hands to the weapons used in the game, each one with an own animation.

Thomas-Adam Habuda already composed a unique soundtrack for Xarelok some time ago, and it can, without being too bold, be called epic. We are honestly looking forward to hear and see the final combination of game and music.


Of course, not everything worked out as we wish. To be honest, quite many things don't look like the things we've had in our heads when we started this project. We do listen to our community carefully, and we take critics and comments serious. 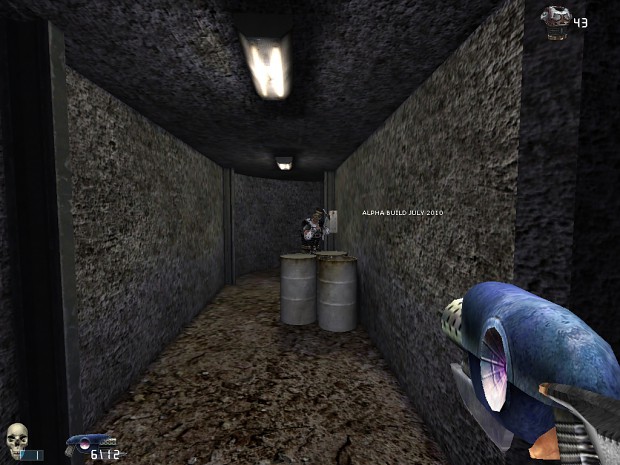 One of the things we did really not believe was that the environments would become so 'blocky' as most users describe it. However, it is not such a huge surprise if you have the required distance and look at it from the non-first-title-developer perspective. We've learned many new mapping techniques during this year of development, watching tutorials and reading articles. Our next game will probably contain more pillars, differently shaped walls and such things. But that is a different story. Although we will not work out the whole mapping concept from scratch (so Xarelok will remain quite blocky), we will do our best to cover the boxy rooms with more entities and objects in the very near future.

Naaah, stock characters - don't use them! Some say even don't use stock crates and barrels. Honestly, we believe both are right. Nevetheless, for a first title, Xarelok has tons of unique content, and we don't wish to work out new character models. One reason may be that the characters have already been drawn in their features and behaviours fitting their outward appearances, another may be we simply cannot make new characters on our own easily. These character models also were a huge source of inspiration for Xarelok. So we will live with the critics that the characters would need to be more unique. Don't overlook we've retextured them, and let me add this may appear little in effect at the first glance, but when you play the game, a few different colours can already make a difference.


For the dhk Games team I'd like to say we believe, summing all the things up, we are on an good way. To be a little sentimental: During the last year, we've found out developing a game is a way of mixed feelings, day per day.
You can truly feel you've lost the distance for what you're doing at the moment, but you can't help it. These are the days when honest and constructive feedback helps you to find your way back to the right track, and see the real issues of the development process.
Then, the other day, you really can't stand the game anymore. We've thought about the option to simply cancel the project and start something new and fresh more than once, without really wishing to stop this thing without having finished it. In these times, positive comments can have such a healing effect, you won't find a better one in pick-up items.

In a conclusion, the full team would like to say we do have a strong will to finish Xarelok somewhere during the next year. This way, we want to show that we are reliable: If we say we make a game, then we make a game. We won't cancel it half-way there, no matter what happens. There are already too many vaporware titles out there, right? That's why we also make backups from time to time (no power to hard-drive crashes!) - much more important than you may think. And finally, who knows, maybe it will become a really enjoyable game? We do know and see it won't be the best game in the world, especially in graphics, but we enjoy making it, and we are sure Xarelok will be quite entertaining for everyone who loves simple sci-fi action. 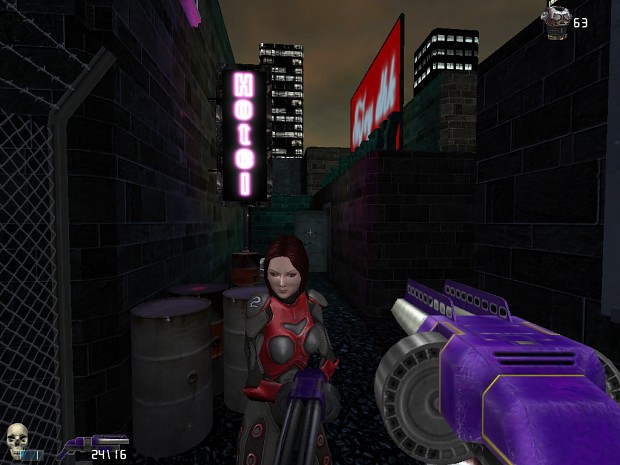 Thanks for your time!
See you soon on the next content update for Xarelok!

Great review! I applaud your efforts and learning curve. You all have done alot in 12 months starting with no experience.
I think its important to finish a game even if you have lost inspiration. Finishing is always part of the process! If you don't finish Xarelok then you won't have previous experience with the final touches on a game.
Keep up the hard work, ignore the deconstructive criticism and keep at it. You won't regret finishing a game. Even if no one plays it... you will have the experience & knowledge for the next game.

I look forward to playing Xarelok and seeing your next release

Not bad for a game done with FPSC!

I say keep at it, who knows maybe in the near future we'll be seeing you guys at the Game Develepors Conference.I would just like to say good work and best of wishes to you all.