Some fun facts about Olvand's trackers, and how the Desura integration is going.

This week, Olvand hit 100 trackers here on IndieDB/ModDB/Desura. To celebrate that, I made a simple map of where the first 100 trackers live: 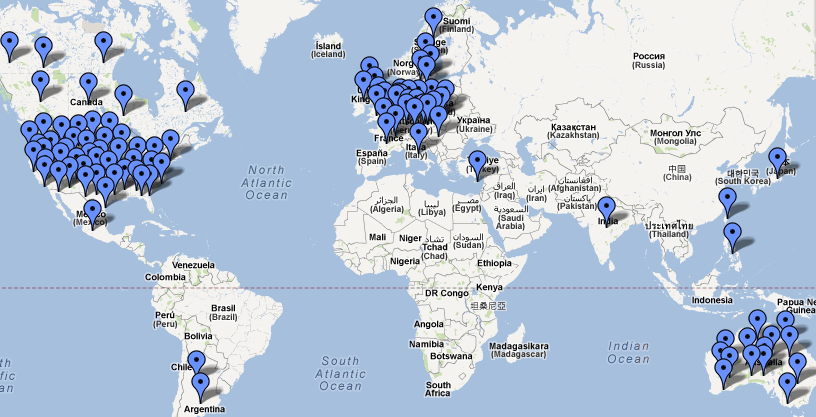 I only know the country, not the actual position, so in big countries this is only a rough estimate, but it's still fun to look at. During making this I also discovered that only one of these persons says on her profile she is female - apparently, despite The Sims and Facebook games, the gaming community still is largely male. Interesting, because I actually thought my game had a very woman friendly appearance.

This probably also is a good time to say that I'm very happy I added my game here. It felt a little bit weird in the beginning - if you've been busy making a game for so long, making promotional material feels like you're wasting time. I've come to realize, however, it's not a waste of time at all: first of all, this flood of positive comments makes me much more confident about what I'm doing, which really saves me a lot of time while programming, composing and creating pixel art. But more importantly, having a (small) community at start is probably essential for a multiplayer game like Olvand. You can have tons and tons of features for multiple players, but if you only have one or two players online all the time they're useles. So what I'm doing here is probably even more important than adding features!

Talking about adding features, I've achieved quite a lot this week. The integration with Desura I talked about last week already works, the client and server software already accept accounts created by Desura, and the achievements already work in game. Not that it looks pretty, but it works: 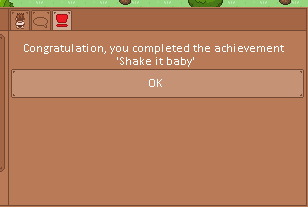 To test whether everything REALLY worked, I uploaded a test build to Desura and invited my girlfriend and two close friends - which is also why this page now says that the game is 'released', sorry for the confusion - and found out quickly that none of them managed to install the game properly. Some things simply were really unclear. My to-do list for now:

After that, I'll invite the first strangers from the internet... exciting!

PS
I'll be in Italy next week, so there won't be a blog post next Friday.

I can't wait either. Good luck!

Keep it up! Super excited for this project :)

How will this game be played, download or online?

Hi, sorry for the late response, I was on holiday. This game will be a download.

2 MORE QUESTIONS if not a problem: do you know anything about the release date, and how much will this game cost, if it cost anything? and it's okay about the late answer XD

1. If all goes well, the first group of alpha testers will get their invites within 2-3 weeks. After that, I will gradually invite more testers.
2. It will be free in the beginning, but that might change if it's popular. My current plan is that if you get the game while it is still free, you'll never have to pay.

You're making excellent progress. Not to mention, you didn't give up even though Desura originally said no. Keep the faith, brother!