Tired of purely fictional freelancer universes? Tired of impossible solar system configurations? Look no further! OLG is a powerful new mod for Freelancer that aims to preserve the original game mechanics (for the most part: bots and bats likely have to go) and factions while placing them in a semifactual setting.

Introduction
Tired of purely fictional freelancer universes? Tired of impossible solar system configurations? Look no further! OLG is a powerful new mod for Freelancer that aims to preserve the original game mechanics (for the most part: bots and bats likely have to go) and factions while placing them in a semifactual setting.

The Research
I have been doing extensive research on many solar systems near the sun, especially other sun-like stars. Did you know that there are over 500 G-type stars within 100ly of the sun? Well, that is a lot of adventure. 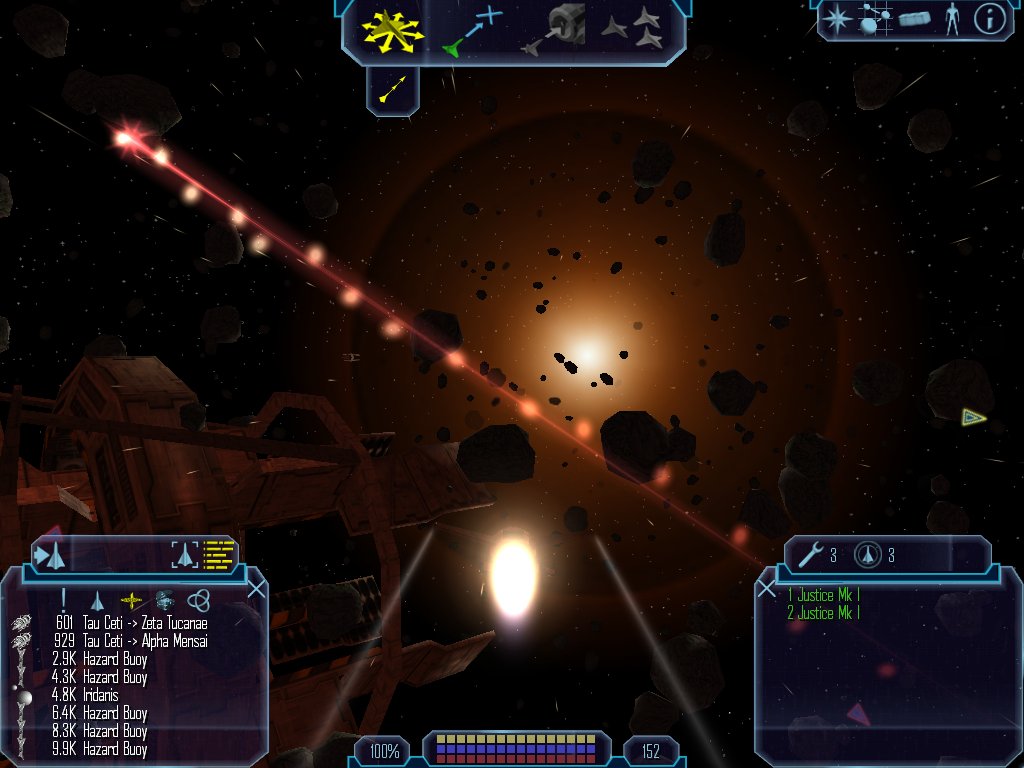 At the same time however, I will not assume that planets do not have moons (especially gas giants that aren't super close to their star; they certainly must have moons, all our gas giants have like 30+ each). So, a gas giant orbiting in a habitable zone might have a habitable moon.

Features (Planned)
Who here plays EVE? I do, and I have a lot of respect for EVE's unique 0.0 game mechanics (in a nutshell, player corps /clans/ claim systems, defend them, open pvp, etc etc). Eventually, this is going to be a multiplayer only mod that will be similar.

Cool? I think so. By the way, this will be updated on a weekly-downtime system so any changes you make will appear at the end of the week. 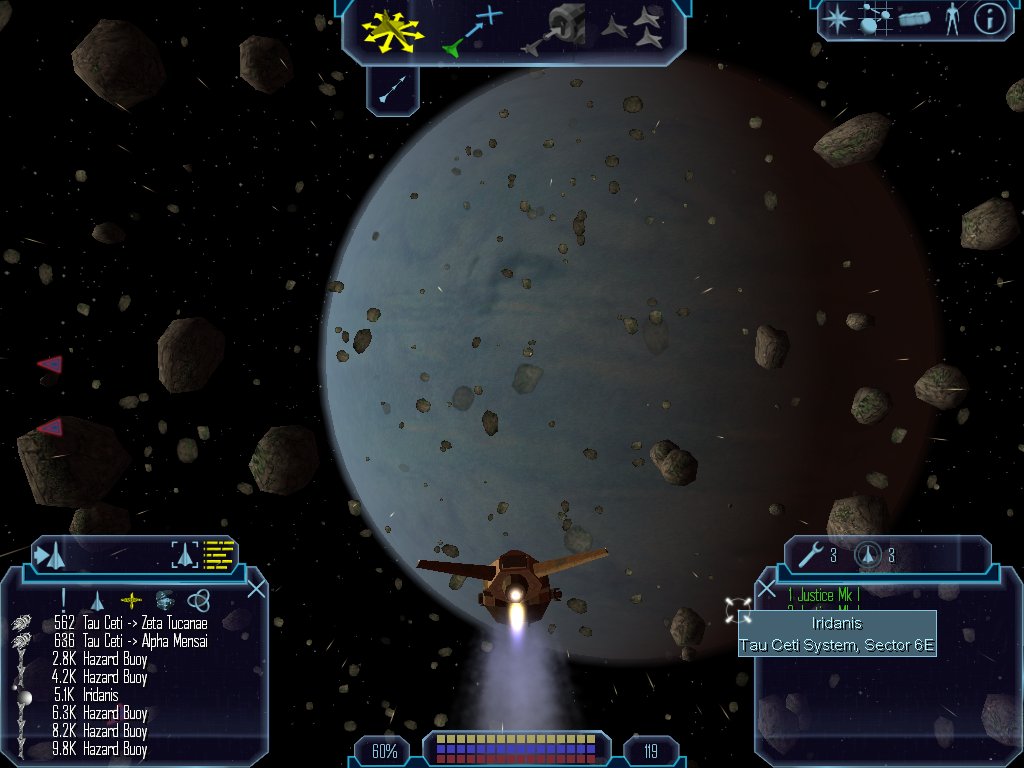 The entire universe will be open pvp with no exceptions, and I have made pvp more likely. I made the only profitable careers mining and trading, which means that if you want the money you have to shovel out the industrial alternate character. And we all know how vulnerable those are.

Design to Fit
Players will claim systems by proving that they can keep all opposing factions and system owners out of said system for the weekly period, within reason. If you can cripple their operation in said system, you can have the system.

When a station is placed, it will have no commodities to buy/sell, but equipment and ships available may be chosen.

When a system flips, stations belonging to the system's former owner get owned by the new guys. The NPCs also switch over to the new guys. Same for private jump gates.

I have also avoided adding as many stations as possible into the game, so there is lots of room for player improvement. 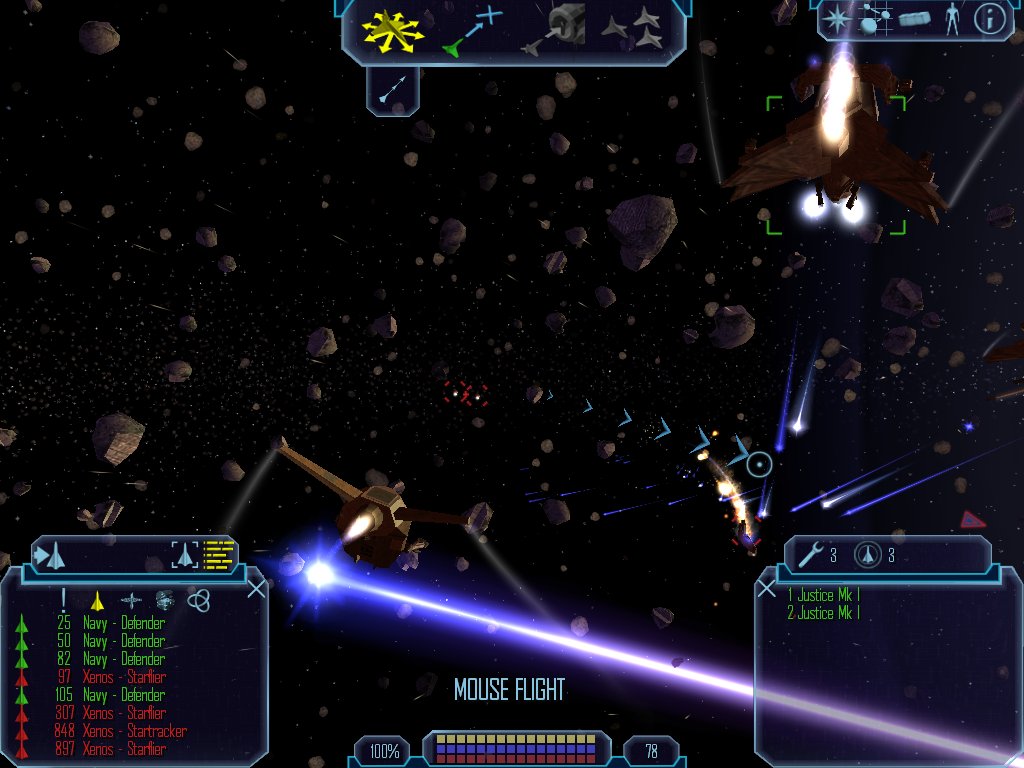 Current State
This is a very young project with a lot of room to grow. I need to find a server and to finish the universe. I am planning monthly content expansions, mainly adding new systems to control. All the player clan/corp interaction will be by a web-based interface.

Your job right now is simple: Try it out single player and test the universe for crashes and instabilities, also if you know how to...

Other than that... Sounds quite interesting. Really need to get my hands on Freelancer one of these days, the amount of good looking mods for it is getting too great...

Looks good. Shame the Freelancer engine is so old now and not a lot of people use it.

I like the idea, but on the other hand, I don't like the thought of having to beat people out of my corporation's system on a regular basis. You should have some sort of currency system, so that people can invest money into their corp, and then you can buy things with the corp's account, like stations and gates. That way, instead of someone having to pool cash and pay, the corp just has a money pool.
Maybe add a trade feature so that corporations can declare a primary export, then establish automated trade with other friendly corporations. I have a couple more ideas along those lines, but I won't bog you down right now.

If this picks up, I think I'll offer to host for it, regardless of whether you take my suggestions.