I've just released a new version of Oh Shoot! You can play in your browser with the Unity plugin.

I've just released Oh Shoot! alpha version 0.3. You can play it here, if you have the Unity plugin.

The largest changes are about performance and memory, mostly invisible in the web player. The game now runs acceptable on first generation iOS devices. The next step is to include quality settings so you get more visuals, sounds, and precision, the more powerful you device is.

The unsightly green blocks have been replaced by "tubes" through which some particles flow. The color of those particles depend on the health of the cannons. So they're kind of like health bars.

While playing, the game gets progressively harder. You can also choose between three difficulty settings. Choosing a harder option simply boost the starting difficulty. The rightmost option starts at the highest possible difficulty right away. 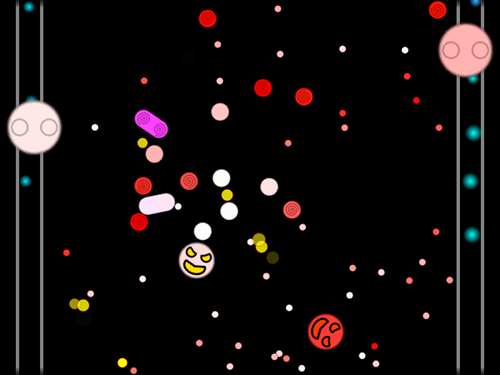 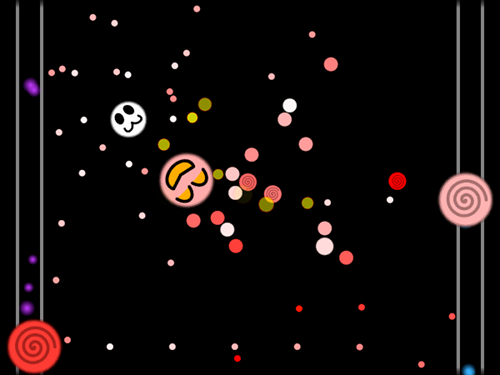 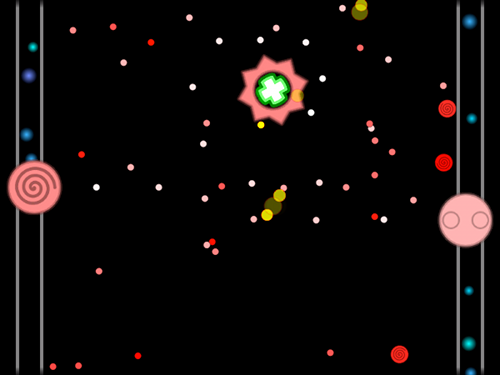 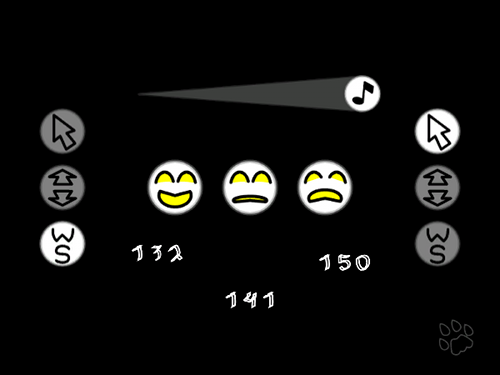