A list of offending modifications, complete with examples exposing the true creators of the work in question. 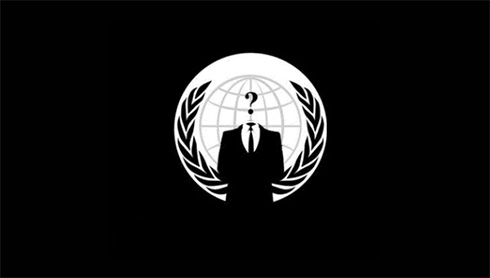 I
n a sad state of affairs, and even after your previous copyright infraction warning memorandum as seen here...

It seems there has been an influx of modifications built for Men of War and Men of War : Assault Squad containing copyrighted assets from other developers, notable EA, Tripwire Interactive, 1C Maddox games, and Bohemia Interactive.

I would like to bring to your attention the main offending mods on moddb that have broken the 3rd rule of hosting mods to this site, which is that "The mod is unique and original and not in violation of anothers intellectual property."

I earlier tried to reason with the community, attemting to get the original developers of these mods to remove or at least acknowledge the rightful authors of the assets, but alas, to no avail.

One of my comments, which has been subjected to spam and abuse from those protecting these mods reads as

"We actively seek out those modifications in breech of the websites copyright policy. Breaking such policy puts in jeopardy the hard work and effort put in by teams of modders who genuinely deserve recognition and praise for their toil. If this site is tainted by such modifications that use assets taken from other developers such as EA games, Tripwires intereactvive and Bohemia interactive, then this site and all its mods are in dangers of being removed all together.

The fact you seem to actively endorse this by targeting the very people who aim to make a difference by safe guarding those mods who are correct and genuine is a stab in the back to all the modders on this site. By allowing copyrighted mods, you alone and many others like you, run the risk of having your beloved Men of War modifications, such as the WW1 modification developed by Volchonov and the World in War modification developed by the World in War team, removed all together.

You should be ashamed of your behavior, and should seek immediately to rectify your mistakes and in fact stop supporting modifications that have no right to be on this site."

I think the community as a whole has been tainted by this surge of copyrighted modifications, and I and many others would agree that it would be to the benefit of the community if these mods and their developers where made an example of and removed permanently.

Here are the following offending modifications..........

All the following are Men of War game modifictions.

If you need any additional moderators to moderate Men of War, Men of War Codemened Heroes, Men of War : Assault Squad, Men of War Vietnam or Red Tide expansion packs, I would be more than willing to help you stifle this influx of copyrighted and stolen content.

Even if a mod has stolen content there isn't anything you can do unless/until they Release it for download.

Administrators who handle those kinds of reports typically won't do anything unless the IP Owners make a complaint *Example, Dwarden, an employee of Bohemia Interactive, took action against several mods released and in progress, that ripped BI models*

Unless the IP owners step in beforehand, you typically can't do much until you actually see the model in the download file.

that being said. There needs to be a better streamlined process of reporting this ****.

"It doesnt matter if its taken from game, its cool so ill defend it your just jealouse why dont you make your own mod then noob" ~ Typical response in Men of war pages

Excuse my double standards for a moment, but I really could care less if EA had their stuff stolen and put into a game like MOW. Terrible company who doesn't give one volcanic **** about it's customers.

Honestly it's more a case of the individuals doing the deed that infuriates us, it could be EA, Tripwire or some other publisher, it doesn't really matter.

Even more so when such individuals refuse to acknowledge the real owners of the content and continually block anyone trying to expose them by removing their comments on the corresponding image feed.

I'm not even going to bother trying to decipher some of this ****.

Does this have anything to do with the Metro2033 mod creator claiming his "mod" is being attacked by anonymous?

I don't agree with people ripping **** out of games, even if it's with good intentions. But I don't want to be apart of this group if it's just going to be a bunch of drama.

I hardly even pay attention to Moddb or Men of War anymore, The only interaction I have with it is getting banned and blocked by DMS administrators every time I give them constructive criticism because the big pussies only want their ***** kissed for the garbage they produce

Protect authors' games are good, but mind you - attacked mainly Russian fashion, although American authors also steal the resources of our better games

I don't know what being Russian or American has to do with any of that. It's just Coincidence that the list this person has made are russian creators. I've seen plenty of MOW mods made by people in west who were incredibly ignorant and arrogant about IP laws and Moddb TOS. you are not being singled out because of where you are from. I myself am not even doing anything I was just invited to this group randomly the other day. and am commenting on stuff.

That being said, it doesnt matter what country you are from. You have to follow the TOS on moddb, or risk having your stuff taken down.

I do not know about you, but here in Russia we can not only trade resources of the games, and everything else: exchange, repainting, change colors, change of details, taking ideas and other resources from other games are widely used, it is not called stealing. We all collectively, and there is no such competition ban resources

do not write large messages, difficult to translate

problem is that this is not russian website so even if you can do that in russia ukraine etc. it is not allowed here. that is why people are reporting you

Permitted, shoulders and arms of a good knowledge of modding - that's what you need for mods, but there nsli fashion - so you have a road here.

whatever you are trying to say, don't bother translating it. just put it in RU or UA or whatever and I'll translate myself. because I could not understand any of that

Vorabat tried the same excuse years ago, He had a hummvee that had "different polycount" but everything else was COMPLETLEY IDENTICAL to the Origin model in question. Going as far as having antannaes twisted in the exact same pattern and everything

I also have doubts when people have an AK model that looks like gold, and then a truck that looks like ****. claiming both of them were made by the mod creator/s. Most of the time a Real model/texture artist has quality control, If two things are drastically different quality, it makes people think the two things did not come from the same source.

If you really want to rip ****, take stuff off a freeware site like Turbosquid.

Moddb is the only thing that makes that Men of War game worth anything anyway. Bestway is gone, 1C is too, and DMS is all that's left, and they are incredibly stupid people

Told Instinct to go **** himself and to ban me from his stupid DMS website, stupid sacks of s**t can't take any kind of constructive criticism at all. I have zero respect for a company that isn't willing to learn from it's mistakes, and grow as a result.

I asked them why they were only showing US weapons and tanks and such, and why there hadn't been even a shred of info on the game other than "OOH LOOK HERES AN M1 ABRAMS, HERE'S A US MARINE AND AN M16", And the response I got was the post was removed, and I was given an infraction notice for flaming

The post didn't actually say that. it was actually. word for word
"So are you ever going to show us what the other faction looks like? or are you only going to show US Weaponry like some kind of bad military geek's wet dream.

Should we all just assume that the enemy faction are just peasants in rags and turbans with AKs?....
Seriously, you've shown us like 11 renders of the same M1 Abrams, and a Million M4s. show some other stuff DMS.

Also, please. this time don't spend weeks making new Grenade models when you still have other models that are 6 years old."

eh, you can just bury that comment. I moved it to my own blog since that's an off topic rant on why DMS is ****.

Anyway, I'm not quite sure what the whole goal of this group is, I'm not planning in participating in any of these so called tribunals or witch hunts. If it's just a group for people who are against content theft, then fine. But if i'm going to be dragged into some kind of drama fest. No thanks,

I don't even play MOW anymore, and arguing with Vora_bat 2 years ago was enough for me.

JG54's continued attempt to convince his fans he makes his models himself.

1. It was made ported from another member of JG54.

2. I contacted with WoT and eg. blub0r2k is a witness of it.

Seems like the Anonymous-*** got too much sand in his vagina.

The righteous few Educational with 3 members