Ludum Dare 26 was a great chance to make something different and step out of our comform zone once again. This time the chosen theme was "Minimalism" and we tried to make a "minimalist stealth game". Well...sort of :D

Ooops, we did it again :D

Ludum Dare 26 was a great chance to make something different and step out of our comform zone once again. This time the chosen theme was "Minimalism" and we tried to make a "minimalist stealth game". Well...sort of :D

The Ludum Dare Jam rules have an hard constraint: you only have 72 hours to create an original and playable game! This forced us to use a very practical approach to game development and many design choices were influenced by it.

Here's what the game is about: it's an online multiplayer game about two teams, the Guards and the Thieves, fighting to win the match. 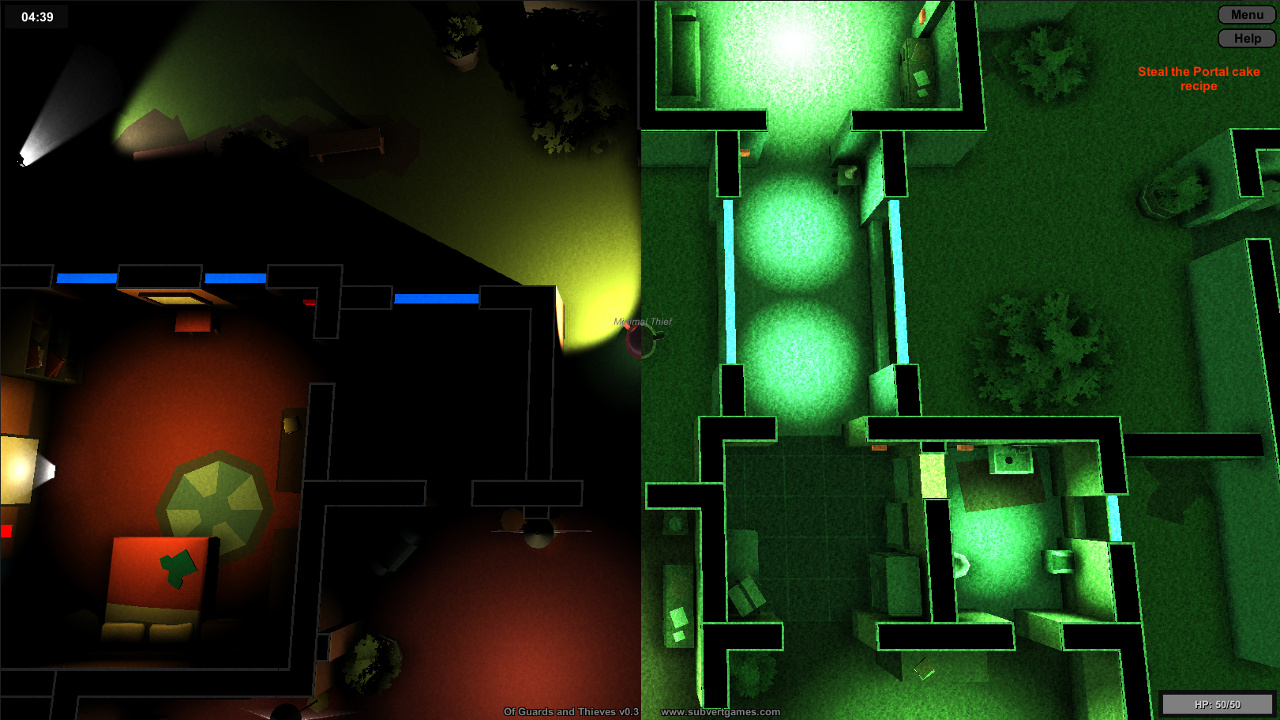 Thieves goal
When the match begins the Thieves receive a message specifing what is the object to steal, and they win the match when the stole it and then escape from one of the exit points. Thieves have only little HP but they have "night vision" goggles, so it's easy to hide in the shadows (or inside a bush) where the guards can't see you.

Guards goal
The Guards have to defend the objects in the map for 5 minutes to win the match, but they don't know which object is the real target of the Thieves. These poor guards doesn't have fancy night vision goggles, all they got is a cheap flashlight but their armor gives them more than double HP than the Thieves.

Did I mentioned, that both teams have guns? Yeah, shooting is always fun but beware of friendly fire :)

Also, the key to win a match is to strategically use the level to your advantage, like switching the room lights on/off or if you're a thief planning to outsmart the Guards patrol routes trying to pass through windows.

Artistically we choose to keep all the 3d models fairly lowpoly and use a really simple texturing to maximise the amount of models that a single human being can create in 72 hours. 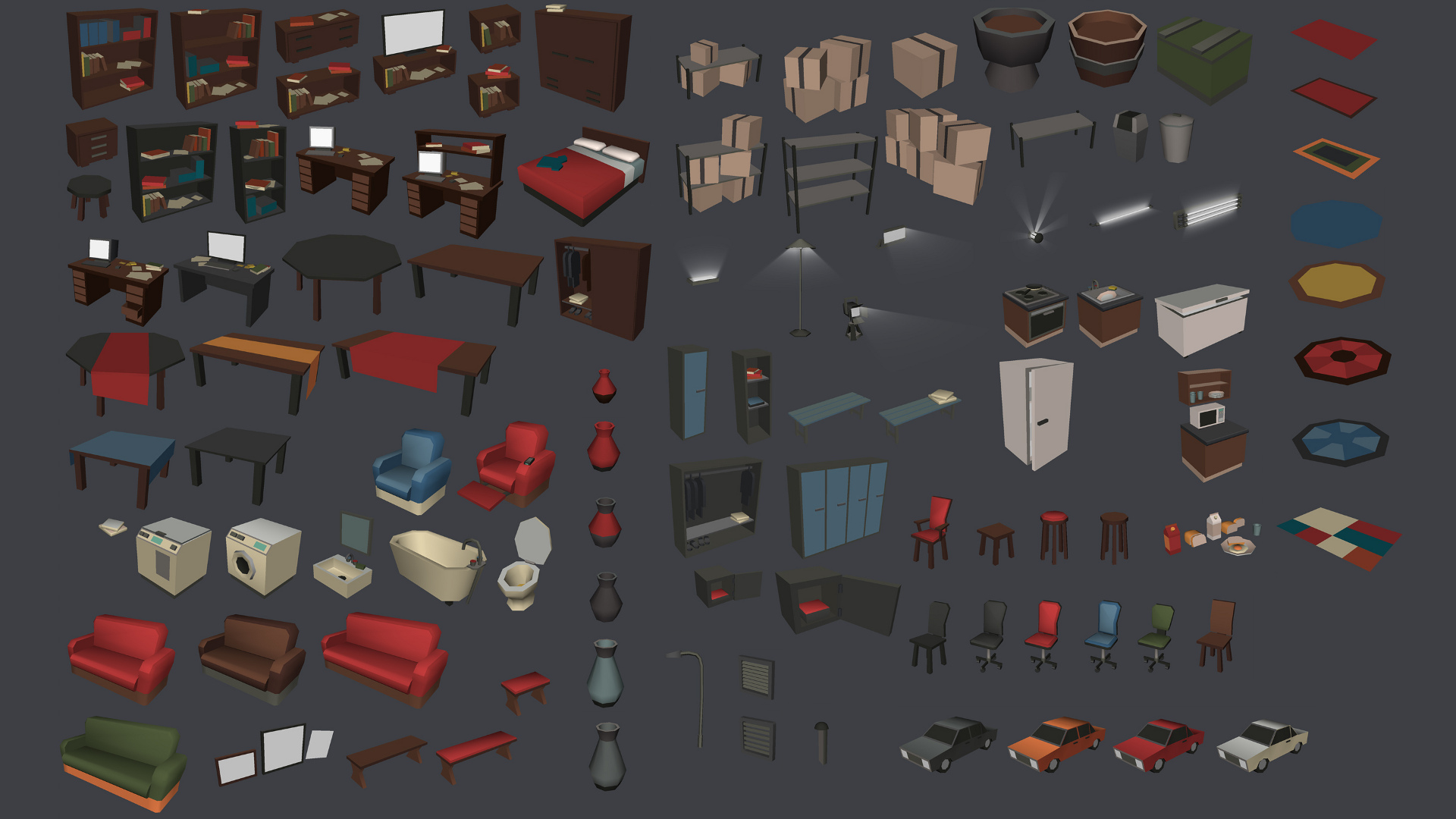 The same approach was used to create all the 3d models for the environment like walls and floors. All these models were created in a modular fashion (think Lego blocks) so that we can assemble and test a map in a few minutes of works inside Unity. 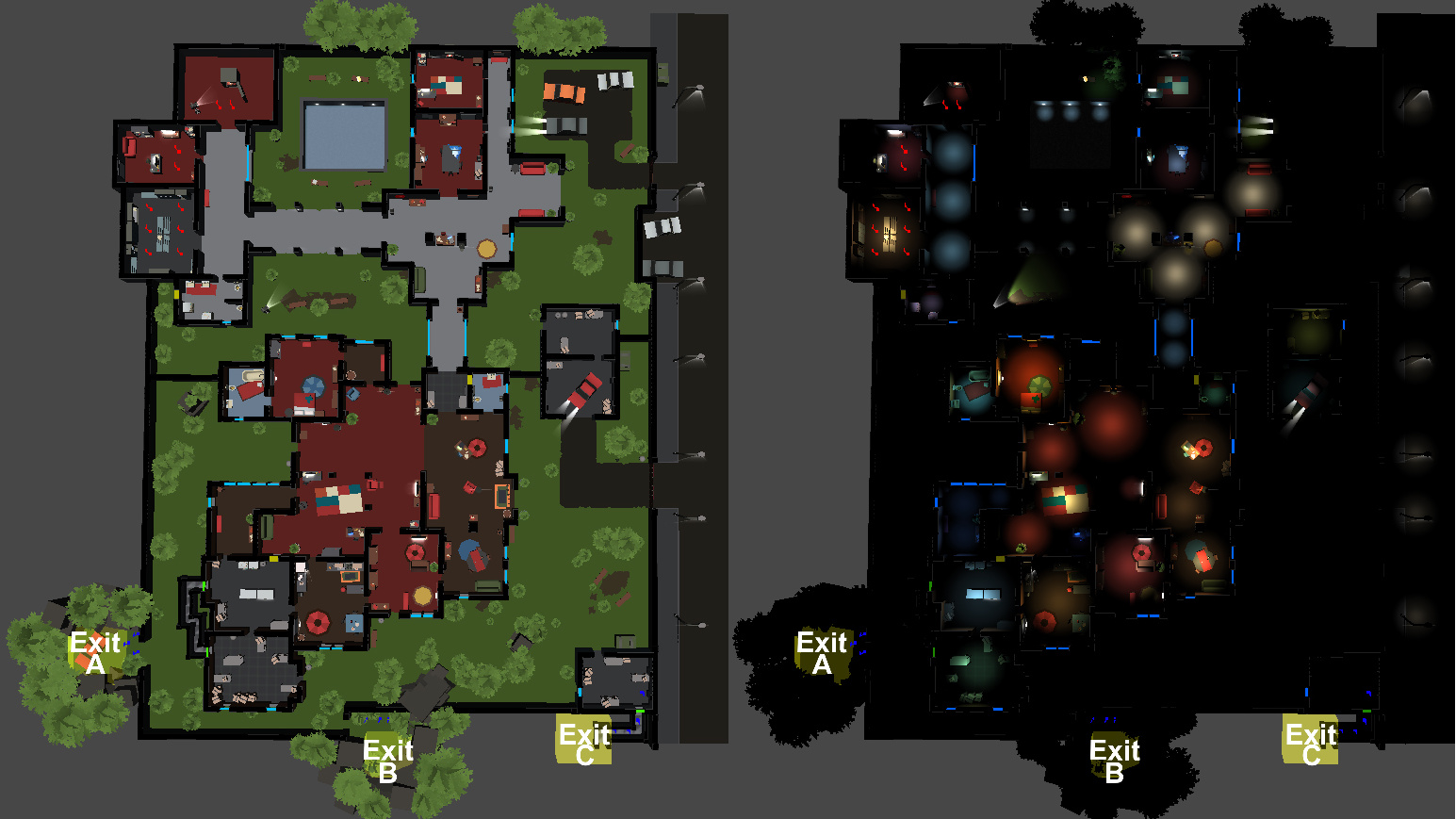 So, is this prototype going to be the starting point for a future full game? Absolutely! What's missing now?

Of Guards And Thieves is available for Win, Mac and Linux and can be downloaded at: Subvertgames.com

Cool, glad you guys are taking some breaks from Black Reef Pirates and doing some small projects.
Thanks for the Linux port!