what progress ive made this month, nothing major thats new...

Hey
This month i moved house so i havn't really had a chance to work on the mod.
But i did put my best guy on it, Ace123yeah, so progress has been made...
Me on the other hand, with three weeks without proper net i had some time to work on a few minor things, like my scaled images
Fighters/Bombers <100m 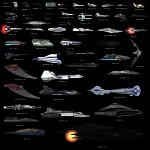 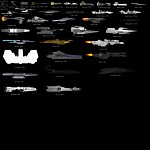 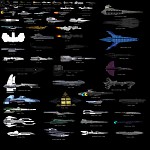 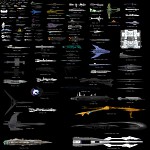 Also ive made a small change to the B5 line up. The Warlock is out and the White Star is in as the Tier 7.
Im also reworking Skirmish.
From now on, all starbases will be level 5 from the begining, and the starbases weapons, shields, and armor upgrades will all be in the Reseach station, which will also be getting a re-work. The Starbase will start off at a fairly week state, but with upgrades ull be able to double (upgrade 1), then double again (upgrade 2), then double again (upgrade 3), etc till upgrade 5, for all three of them.
Now for the research station, there will be three sats buildalbe, all limited to three. There will still be buildpads, but this will allow u to place the sats anywhere you want.
Anyway, at the start there will be light fighters, light bombers and Tier 2, and the Tier 1 hero. As you do the research you will unlock the other ships, and the Research Station will be stationary from now on, so it wont move. Also you will be able to build 2, this wont change the research time, but it will mean if its destroyed u wont loose all your tech in one hit.
Speeking of damage, im reworking the armor again, changing it back to what it was before this version, making each ship stronger, and the damage lower. But itll allow weeker units do more damage to stronger ships, thisll make the game play a lot better, and stop you getting the most powerful ships in order to win.
As always all suggestions welcome...
If i think of anything else, ill let you know
Spino