NOWHERE Alpha 53 is now available for players who are preordering / alphafunding the game. As usual, you'll find the new download on your account page. 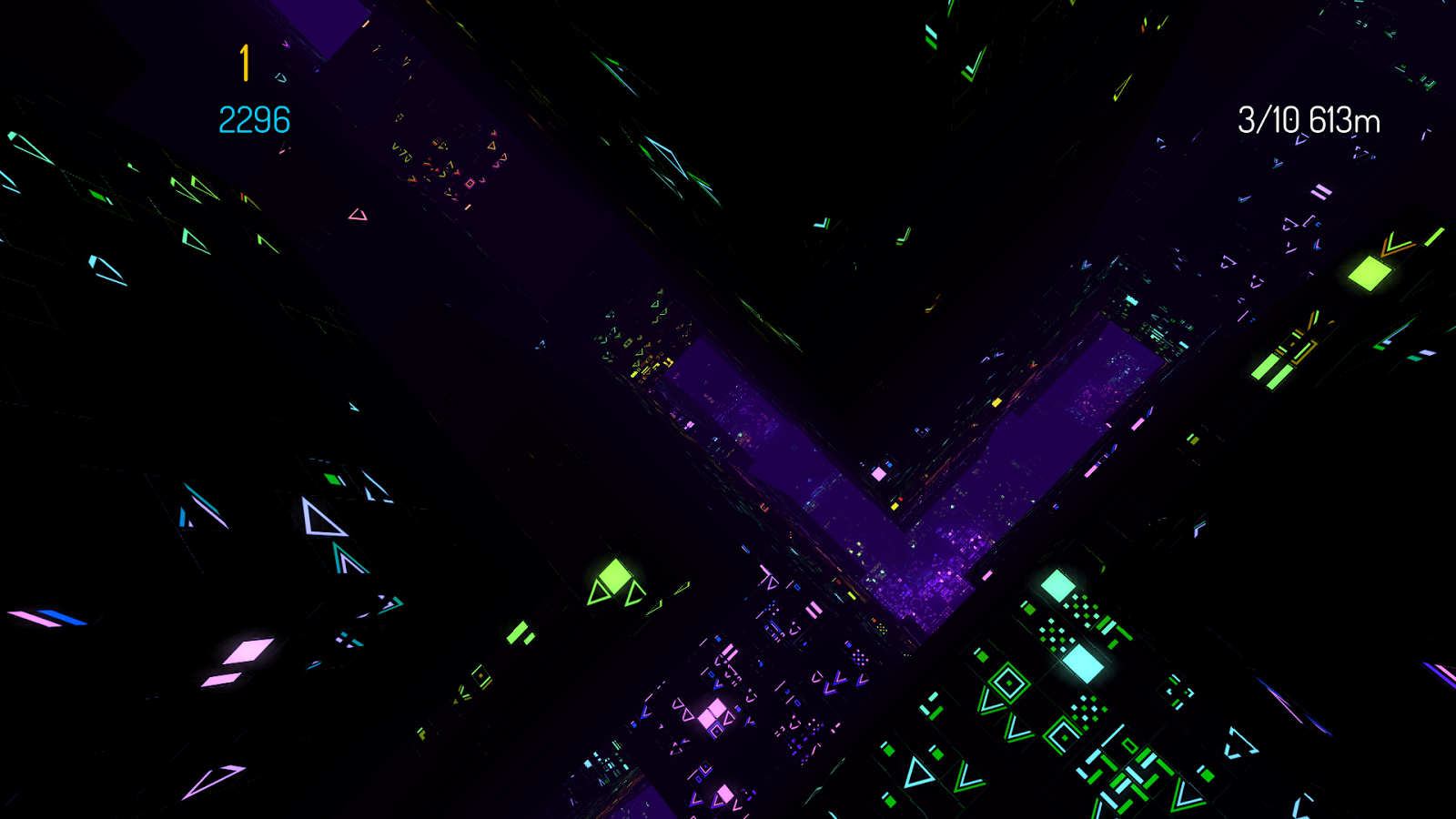 Roaming through canyons to find some energy to absorb

NOWHERE Alpha 53 is now available for players who are preordering / alphafunding the game. As usual, you'll find the new download on your account page.

Windows and Linux users also have access to our in-game IDE called "Liminal". See this and this blog post for more details. The editor is young and relatively limited, but can be toyed with a little already. Here are the most important hotkeys:
- F12: Exit immediately (also works in the regular game)
- F1: Toggle between IDE / Game
- (In workspace) Middle Mouse Button+Drag: pan across UI
- (In workspace) Ctrl+Mousewheel: zoom UI in/out

Changes:
- NEW: The colony has been fleshed out. Spaces have become canyons. Textures are darker and more detailed.
- NEW: Your lifetime is now bound to your energy level. If you run out of energy, the game returns to the menu.
- NEW: You lose a small percentage of energy all the time.
- NEW: Movement costs energy. As with actual space, only acceleration, course changes and deceleration require power. Drifting at linear velocity is free.
- NEW: Colliding with the walls activates the shields and costs energy.
- NEW: Preliminary HUD displays for speed (in km/h), energy, and some other stuff ;-)
- NEW: "Spacier" movement controls (see top part of article for manual). It takes a while to get used to but feels quite natural after some time, almost like diving.
- NEW: The colony is now more elongated and slightly larger.
- FIX: Two NVIDIA related bugs have been fixed.
Under The Hood:

- Lots of dead code removed, a bunch of smaller optimizations.

- Linux: On dual monitor setups, the engine may not recognize the screen resolution correctly. The launcher script explicitly starts the game in a 1280x720 window for now. (a problem caused by SDL missing a X11 feature on the older 32-bit Debian machine I have to use for building; this has low priority for now).
- Linux: If double-clicking the run-script in Nautilus does not work, launch the script from the terminal (./run-nowhere, ./run-liminal).
- Linux: The build is for 32-bit systems. Some 64-bit platforms do not provide 32-bit support libraries out of the box. 64-bit Ubuntu e.g. requires the ia32-libs package to be installed, which is part of the official repository. Other distros may require additional libraries.
- OSX: The game is currently not deployed within an .app folder yet. You'll need to launch the run-nowhere script from the root folder of the unpacked archive instead. Double-clicking works.
- OSX: No Liminal editor yet, due to a fairly messy situation where PyPy stock builds are 64-bit, but Awesomium which Liminal depends on is 32-bit, thus rendering both components incompatible to each other. As long as PyPy offers no 32-bit macosx builds and Awesomium sticks to 64-bit, this issue can not be resolved.
Up ahead:

- Continous development on both editor and game as we move forward.
- Flesh out the colony in which the sentients will be living and create places where there's something to do.
- Sound!
- Drive the backstory forward and rearrange the gameplay around our new terrain techniques, starting with populating our space with the sentient swarm AI. The sentients are not hostile, but they inhabit the world, and interaction with them is a key element of the gameplay.