Double Action: boogaloo is now available on Steam! Vote for our next version name!

Now available on Steam
The team is very proud to announce that Double Action is now available on Steam. Thanks to everyone who participated in the beta and left bugs on the forums! We've fixed a heap of map errors and tuned up the gameplay. We'd love to do more but it's time to put this beast on the road!

Name the Next Version
"Boogaloo" has been the codename for our first version of Double Action. Now that it has been released and we're working towards the next update, we need a new name for the next version! We have chosen from a pool of names voted on by our forum community and after much deliberation, many backflips and a few akimbo headshots, we've narrowed the field to two, but we're leaving the final decision up to you.

So what's new?
If you've been playing our moddb version you'll notice some major updates to Rooftops and Trainingday. Rooftops has a fancy new skybox and Trainingday has an entirely new look. Streets got a bit of a touch up and bugfix while Cocaine and Sacred had some small tweaks. 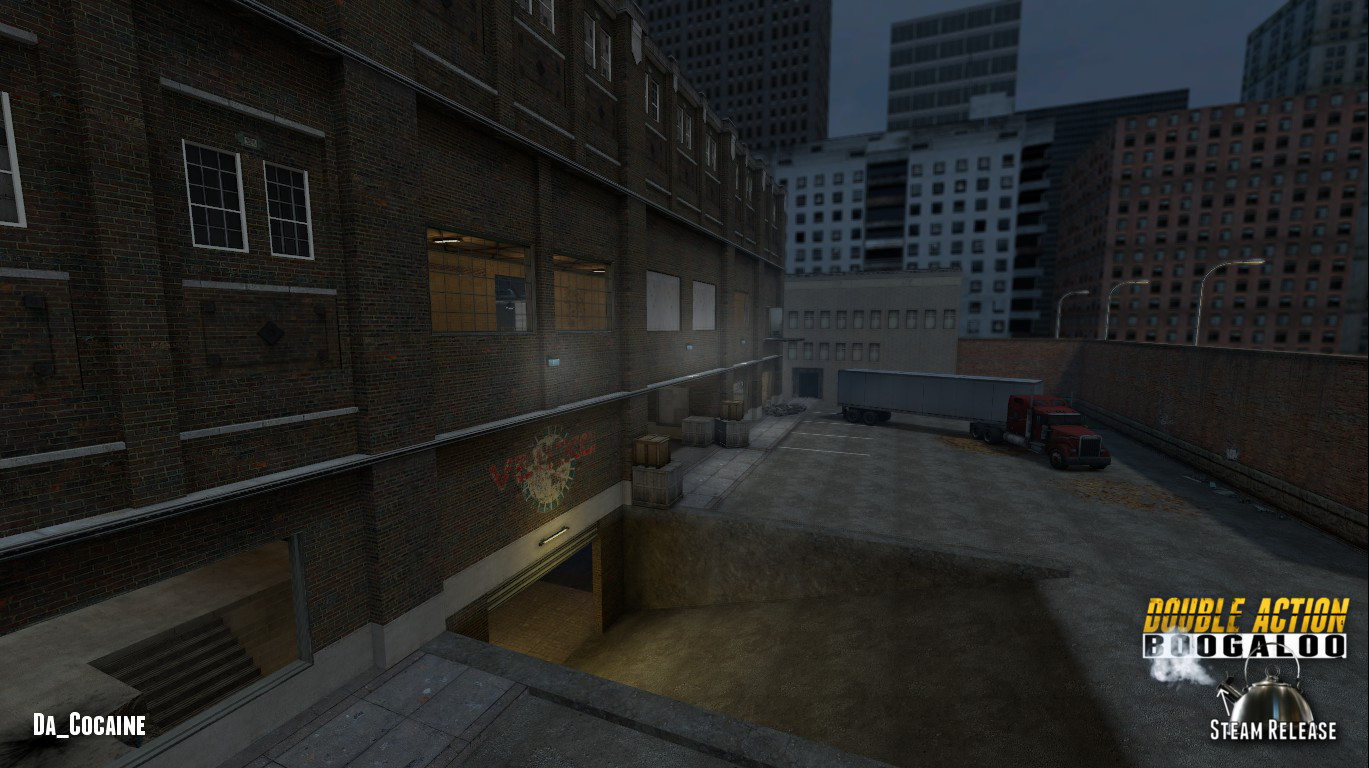 We also want to say a huge thank you to Raizio from www.SimRai.com for hosting our servers all through from a bitty beta up until release. He's practically one of the team and we couldn't have made it here without him.

So what's next?
We have big plans for our next update to DA. More content and more features to keep the stunts flowin and the style showin. If you have suggestions, feedback or just want to chat, come past the Double Action forums and say hi!

I can't find the game on Steam, only the dedicated server application.

The link on the post works fine for me.

for some reason it seems not to be searchable or showing up in the store under new releases or free to play but a direct link to it does work Store.steampowered.com

I hope this breathes life back into it

Most servers are packed full.