Now there are some WIP models and concepts shown in the image gallery. Plans for some gameplay/model changes have been done.

The WIP models are three versions of player character and one monster model. The head and torso is same with all the player models, but the legs are different in each. First one has normal human kind of legs. The second has the "hind" style legs. The third has no legs, instead it's a bit like a snake. I haven't decided which version I want to use yet. Each have their (dis)advantages which I'll have to think through.

The monster model is some strange creature with tentacles as arms and mouths in them. It will shoot acid from the mouths in the tentacles or bite with them. The model is meant to replace the earlier "Crowned Devourer", because it looked too cute. The monsters need to look more evil. The "Spikeclaw" will go through some little changes: It will get a more skeleton kind of look, the spikes in the claws will be shortened and it will get a fireball attack.

The gameplay plans: Checking a hit location from the bounding box of the object is a bit crappy, so the non locational damage will come back. Bleeding and other damage system changes will stay. Locational damage will be replaced by critical hits, which can cause various bad effects for the character/monster who was hit. Armor can be worn in 3 different locations: head, torso/arms and legs/tail. If some location is armored, then some percentage of the damage will/may go through it.

Here are the models and they're open to suggestions: 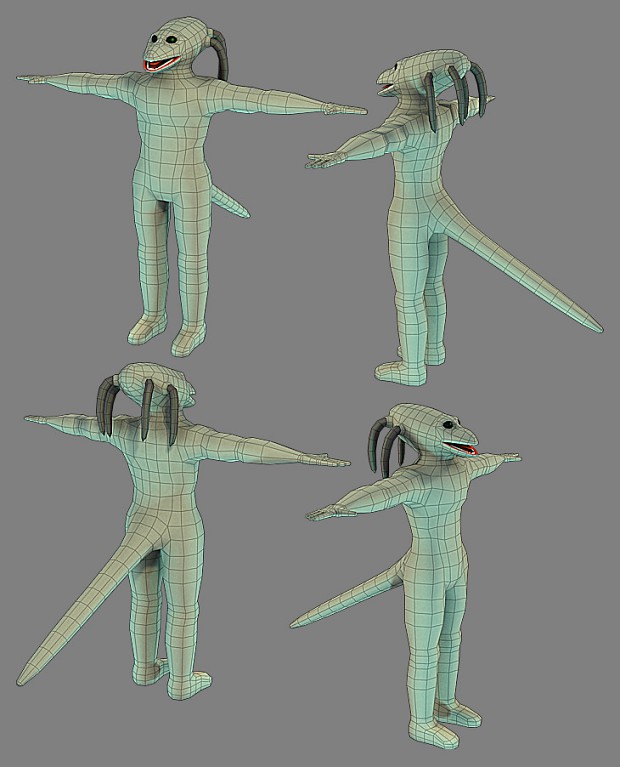 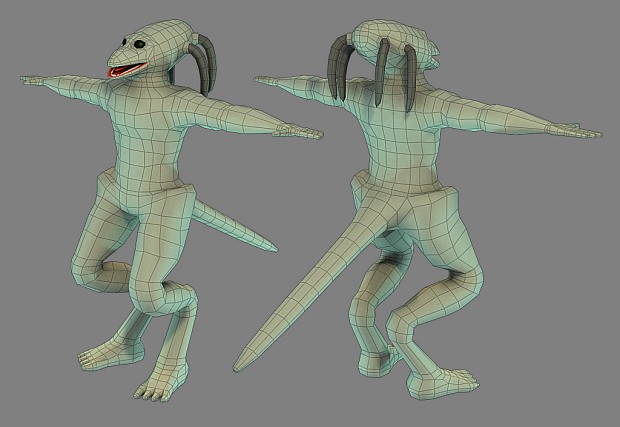 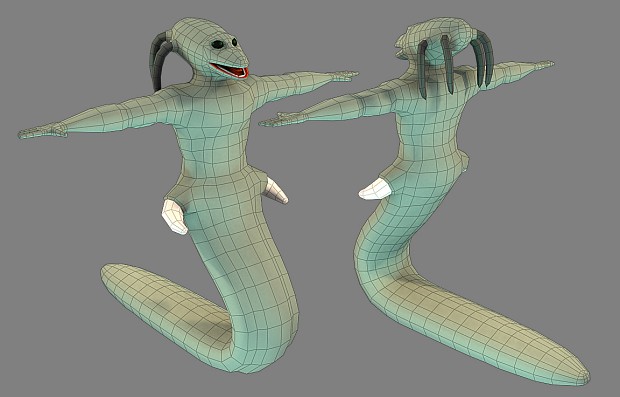 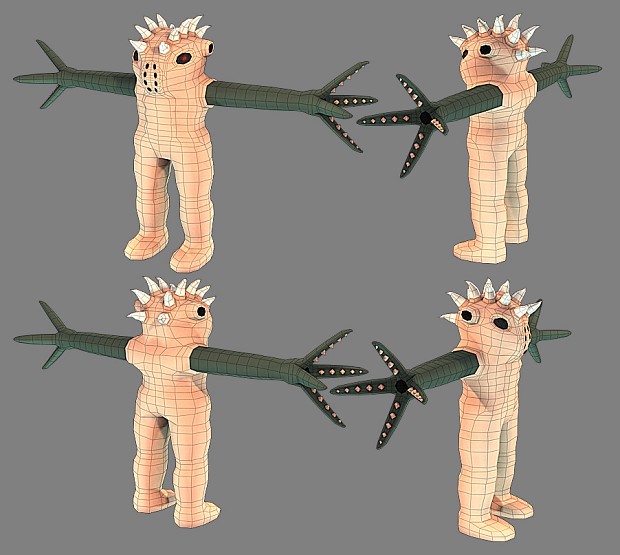