An update concerning Gimli and Glóin, two heroes of Erebor.

Today, I present an update featuring a pair of the Dwarf faction's heroes. Enjoy. 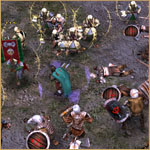 Gloin and Gimli lead a party of Khazad-Uzbadul into battle

Glóin, the venerable father of Gimli, was one of Thorin Oakenshield's twelve companions during the Quest for Erebor. Sent by Dain to the Council of Elrond with his son, he joins the fight against the evil pouring from Mordor.

In The Dwarf Holds, Glóin holds the position of early game hero. Because of his advanced age, his offensive power is not his strength, but he retains the stubborn toughness inherent to all Dwarves, reflected in his health and armour values. He also functions as a support hero, sporting several useful abilities. Glóin's knowledge of Middle-Earth through his travels allows him to increase the speed of nearby units slightly, and skills of survival gained give him the abilities needed to heal nearby troops and heroes. At later levels his Emissary ability grants him near-invincibility - potentially very useful when deploying his support skills. He can also use cunning and skill to lay a trap for units, immobilizing them if they enter its effect radius. The trap remains so long as Glóin maintains it - if he is moved, the trap immediately dissipates. 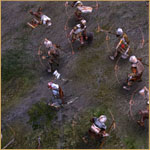 Gloin cuts through a party of Orcs and Haradrim 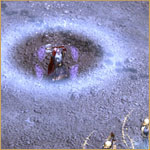 Woodscraft heals both troops and heroes, making Gloin an essential feature of any Dwarf war party 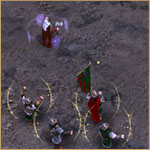 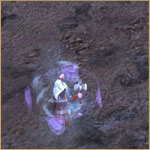 Enemies moving over the rune inscribed in the ground are immobilized, and easy prey for the waiting Rakhas-udrig.


Gimli, moved from Rohan to aid his Dwarven kin, has also received a few improvements. At Level 5, his assaying and prospecting abilities allow him to boost a single Dwarf Mine's income. At Level 8, he dons upgraded armour from the forges of Erebor, increasing his defence slightly. These changes make Gimli even more versatile on the battlefield. 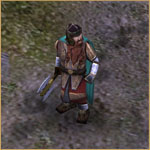 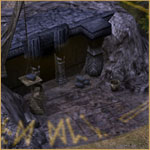 Gimli's Armour of Erebor and Shrewed Prospector powers in action.