Our newest update with new about what is going on with our mod.

We have a couple new members to our mod team, cherch and gabrielvlx, modler/sounds and tester/coder respectfully.

Cherch is currently working on the intrepid class model, and in the process of getting custom music for the mod. I will post a picture of the model once he has completed it. We still need a skinner, and possibly another coder that can edit galactic conquest maps.
Additionally, we need any and all ideas, pictures, models, textures, or any other file that you wish to share with us to further progress this mod.

I have some new ideas that i was discussing with my buddy, and i think you will all like them.

First, the tech system would progress you into the next era, Enterprise era, Original series era, and the Next Generation era.
The tech would be researched probably with a few parts to each main level. For example you would have to tech up in a few areas to achieve tech level 2. Another possibility for tech is that you start at tech 0, when the vulcans make first contact, and then progress to lv.3.

For the story modes, we will have a few custom galactic conquest maps instead of editing the FoC storyline, possibly removing it completely from the mod.

The custom gc maps would each have 3 factions, and each be in a different era. The three would be the Enterprise NX series with the federation being earth and vulcan, exploring the galaxy and forming alliances, and battling the Xindi(or zindi?) threat against earth, and at the same time battling the klingon empire.
The next gc map would be the original series with the federation(earth, vulcan, klingon) battling the romulan empire.
Finally, there will be a Next Generation gc where you have 2 fronts to controll, the voyager far away battling borg and various enemy races, Picards enterprise and deep space nine battling the evil dominion and romulans with the allies of the federation's help.
The other gc maps will be a free form type where you tech up as described above and will, depending on your tech level, fight various enemies. 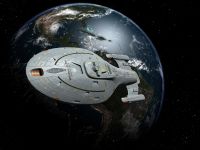 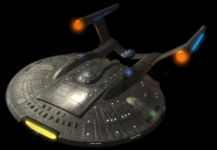 I hope you like the news, and remember to send ideas, pictures, models, textures, or any other file that you wish to share with us to further progress this mod. Lastly, anyone who would like to join this mod to help our progress, just join the Star Wars Empire at War Fan Mod Group, and i will be shure to give you something to work on.

Happy late Easter, and thanks for all your support.

we sould also see if we can get one more modler that'll speed things up.