Which race do YOU want to be added to the mod next?

The progress advances at quite a pace, new units being implemented and taking great strides towards the release, however, the question remains of what next? 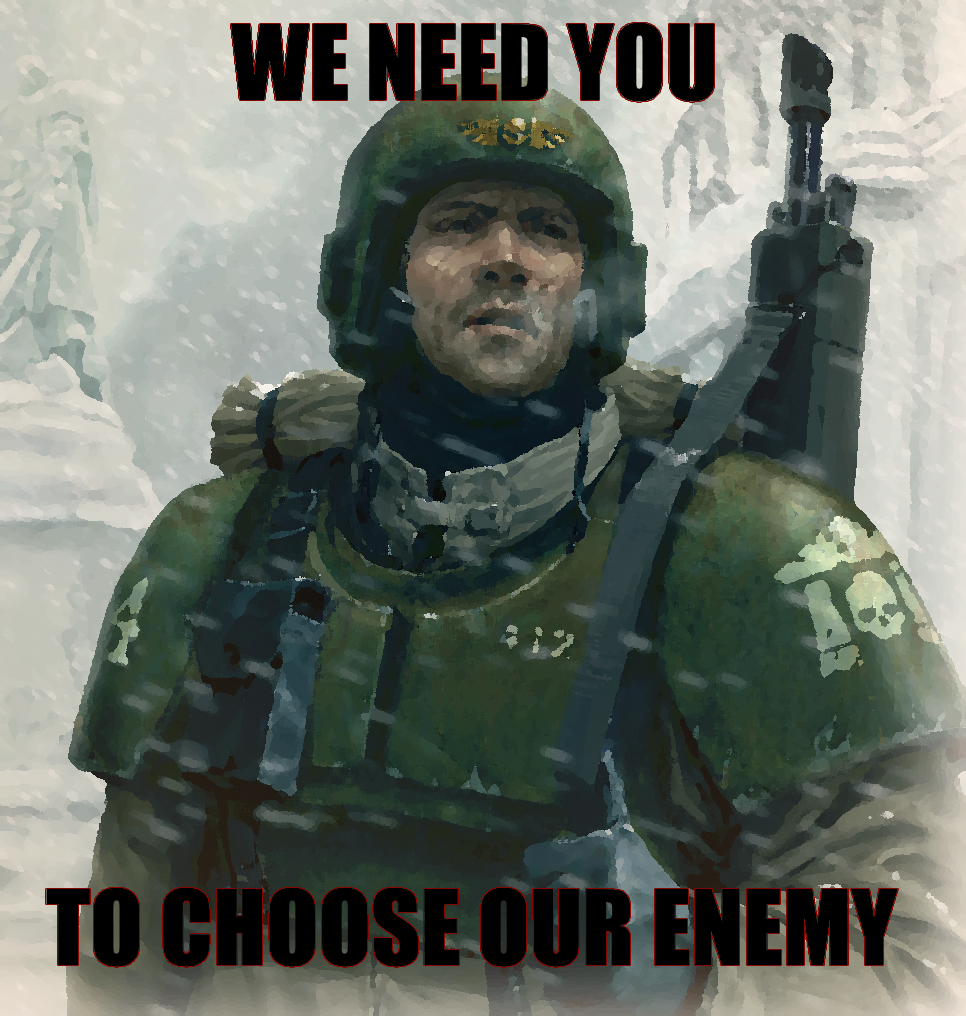 After the initial release of the mod there will likely still be stuff left to do to clean up, but what we all want to know is what will be the next big thing. The choice has come down to 3 factions which I believe will be easy enough to implement. We'll go alphabetically.

Eldar - A strong race with lots of versatile units, pack enough of a punch to take down strong enemies with few numbers, however, without lots of custom animations, will they be... Eldary enough?

Necrons - While the ai mentality of constantly laying down won't suit these guys, they will be very easy to implement and very fun to use, I think. Who doesn't want to see thousands of silver bodies crushing your lines?

Tau - Probably my choice on this list, they are the closest alien race to what is already in the game with upgraded weapons and cooler tanks. An easy but interesting enemy to fight.

Please post in the comment section which you want to see next, the race with the most votes on the mod release wins a place in the arena!

Id love to fight off a swarm of necrons!

I'm a big fan of Tau, personally. I'd love to see them in this.

Ahh, aircraft are not a high priority at the moment but they are on the list :)

Ships are also not a race.

im not play warhammer but i liked the Krieg , the deathkorps :D

Yep theyre pretty cool ;) i wont be needing to implement them though as theyre already in!!

you're my hero bro

FOR MOTHER RUSS....I MEAN THE GREATER GOOD! Tau is my choice.

I want all of these races, but Tau first!

Tau please can my vote as 2 my friend without an account votes tau too.

First the Tau, then the Eldar, and finally the Necrons

Can we give the Orks some love! would definitely love to see some Orks.

They will probably be in eventually, but they are not top of the list I'm afraid

Really just Renegade Guardsmen, heretics, basically stuff probably already going into it. I need to kill more in the name of the Emperor, I'm a fan of variety in existing factions rather then more factions with a few units. Other then that, Tau. Tau fire warriors. I like killing xenos too.

Gotta give my vote to the Tau.

For the Greater Good!

i love The Mod

Eldar,but also will you add orcs in the future and more maps

Orks are on the list of long term development, and new maps will come with each update

I believe tau would be a great next step. Keep up the good work!

If you are planning on doing Tau, it would be awesome if you would add Gue'vesa guardsmen to the Tau.

The Tau would fit in the game mechanic best

I would love tyranids tbh, but i dont see them so im guessing that they wont be easy or your not planning on making them, so my next race would have to be necrons i love the idea of fighting endless waves of swarms!