As we revealed last month, the operation we have based Traction Wars is one of the most pivotal events in the D-Day Landings, the capture of Pegasus Bridge. This week we want to begin to explore how we have taken the events of that night into the game.

As we revealed last month, the operation we have based Traction Wars is one of the most pivotal events in the D-Day Landings, the capture of Pegasus Bridge. This week we want to begin to explore how we have taken the events of that night into the game.

Disclaimer:
Some areas are Work in Progress and subject of change. Gameplay testing may result in some changes. 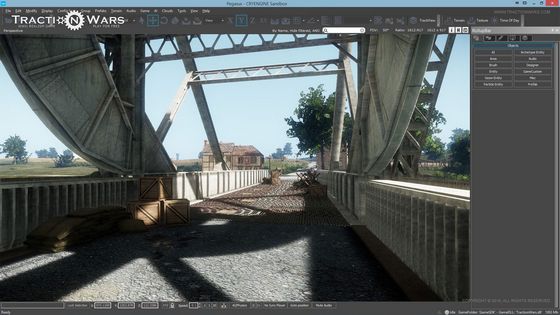 As you would expect, the game centres on Pegasus Bridge itself. Whichever team can effectively take and then hold this iconic bridge will dictate the outcome of the game. This natural chokepoint funnels and focuses the flow of PvP combat – the river is deep and wide making the bridge the only route across the Caen Canal. To avoid some element of frustration, the Level Designers have carefully added obstacles for cover in order to provide some form of balance between the two sides.

Meanwhile, the Artists have modelled the bridge to its exact specification – this allows the players to take advantage of the two flanks on the bridge and to climb the stairs to the engine room for an elevated vantage point. In the distance you can see the Café Gondree, which is still open today. Beyond the café the countryside opens out providing interesting and varied opportunities for flanking and larger tactical manoeuvres further inland, as the British 6th Airborne advance to capture Bénouville town. 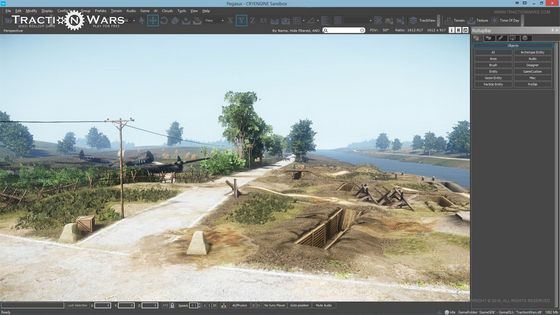 Looking South-East, we can see the terrain is open with some cover in the form of craters, ditches and elevation changes along the boundary lines. The dense vegetation will make a prone soldier a difficult target to spot, and make for some nerve wrecking manoeuvres in the dark of the night. For those of you with eagle eyes, you can just see the gliders the British arrived in too. 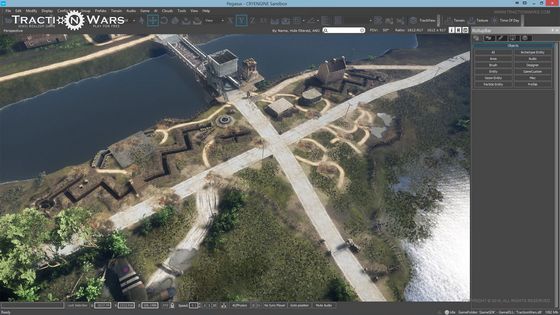 This final shot from the editor shows the German perspective of the iconic bridge area with the German entrenchments on the British side in the distance. The café and wall provide some hard cover for the defenders from both across the bridge and the surrounding countryside, as well as being a good target to take control over due to its strategic position. 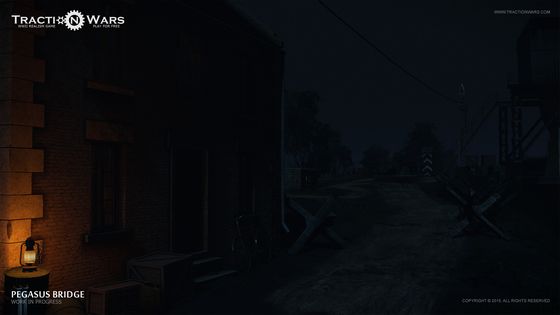 If Pegasus Bridge is captured, the 6th Airborne and 7th Paras must defend the bridges from counterattacks throughout the night and early hours of the morning until relief arrives from Lord Lovat's Commandos at Sword Beach. So rest assured, there will be another iteration which further expands to the events which took place on 6th June! 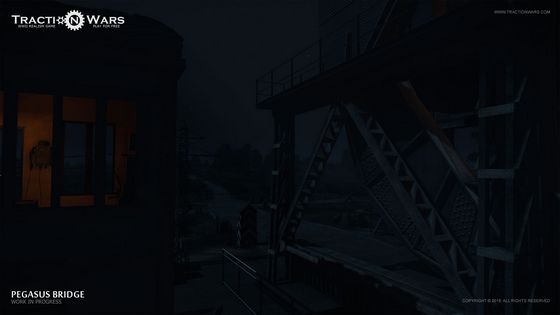 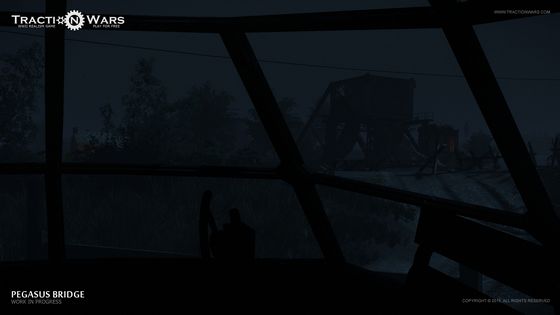 I approve this update ;)

sexy as hell i might just wine and dine it

Great ! Looks ast Will we see Horsa bridge in the background ?

Just one pedantic thing, could you please avoid the texture tiling in the vertical railing beams in the first picture. You can clearly see the texture repeating itself.

Other than that this looks truely fantastic! Really great job.

Well spotted. There are a number of visual improvements which we plan to make before release - these are all WIP :)

This looks mighty sexy i must say. Can't wait to se more gameplay footage though.

I've wanted to run around these levels for years. Release!

Really looking forward to this