Greetings to everyone in the new year. We hope your holidays were wonderful and colorful as the clocks hit 00:00 on new years eve. This time we have a bit to say and a bit to show.

Posted by jurassiclifeteam on Jan 31st, 2011

Greetings to everyone in the new year. We hope your holidays were wonderful and colorful as the clocks hit 00:00 on new years eve. This time we have a bit to say and a bit to show.

KIRSCH Nicolas aka Redeyes has been working his butt off with the coding trying to get an even better understanding of how NPCs work and we've had some really nice progress especially the last week. It's nothing we will show but I think it should definitely be mentioned. After all the interaction with everything living is a very important part of a game that doesn't really get that much attention, probably mostly due to it's format. Not really easy to grasp what his stuff below says, right?
(excerpt from ai_default.cpp)

I would like to present you with our 3rd, or is it 4th, version of the T-rex. Why? You may ask. Well the story is this that people simply forgot to leave their models or don't finish them. Our second T-rex was missing nails and teeth and left in a pose we did not want to reset manually. The transfer of the texture didn't really go to well ether which resulted in some texture deformation. We did a new try, but this model was never finished because of lack of time so OLENDER Robert - taurus, took it upon himself to finish it. This meant reshaping the last T-rex by Regis (wrong reference images were sadly used) and then making a new sculpt for it and new texture. 3 weeks work non stop pretty much and so finally it was at this stage which is presented in the images below. 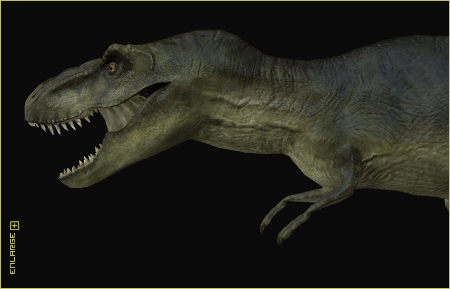 Also when there is a T-rex around one can also expect lambchop... ehm, goat. Bääää :)
ROWNEY Joel aka BaRaDa is working on this model which still is a WIP. 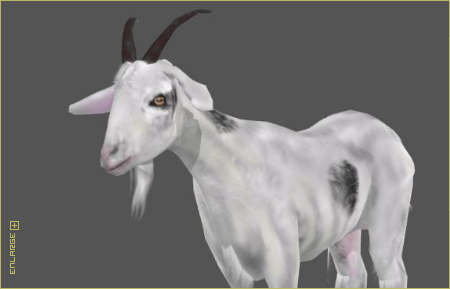 I love Jurassic Park. I can't wait for this. Great work on the models.

Not that the model would look bad in any way but it's a bit of a time sink what you did there, isn't it?

Why would I have to retopologize a model that is not correctly modeled?
Mesh deform might have worked for the first T-rex but it lacked teeth, nails, and the texture and normalmap was exported as a typical Zbrush "Grid" (which I don't know the name of) and had several messy texture errors.Hard to tweak the texture if necessary. So it was easier to edit the second model and remake the sculpt on a proper UV-map.

Keeping an eye on this.